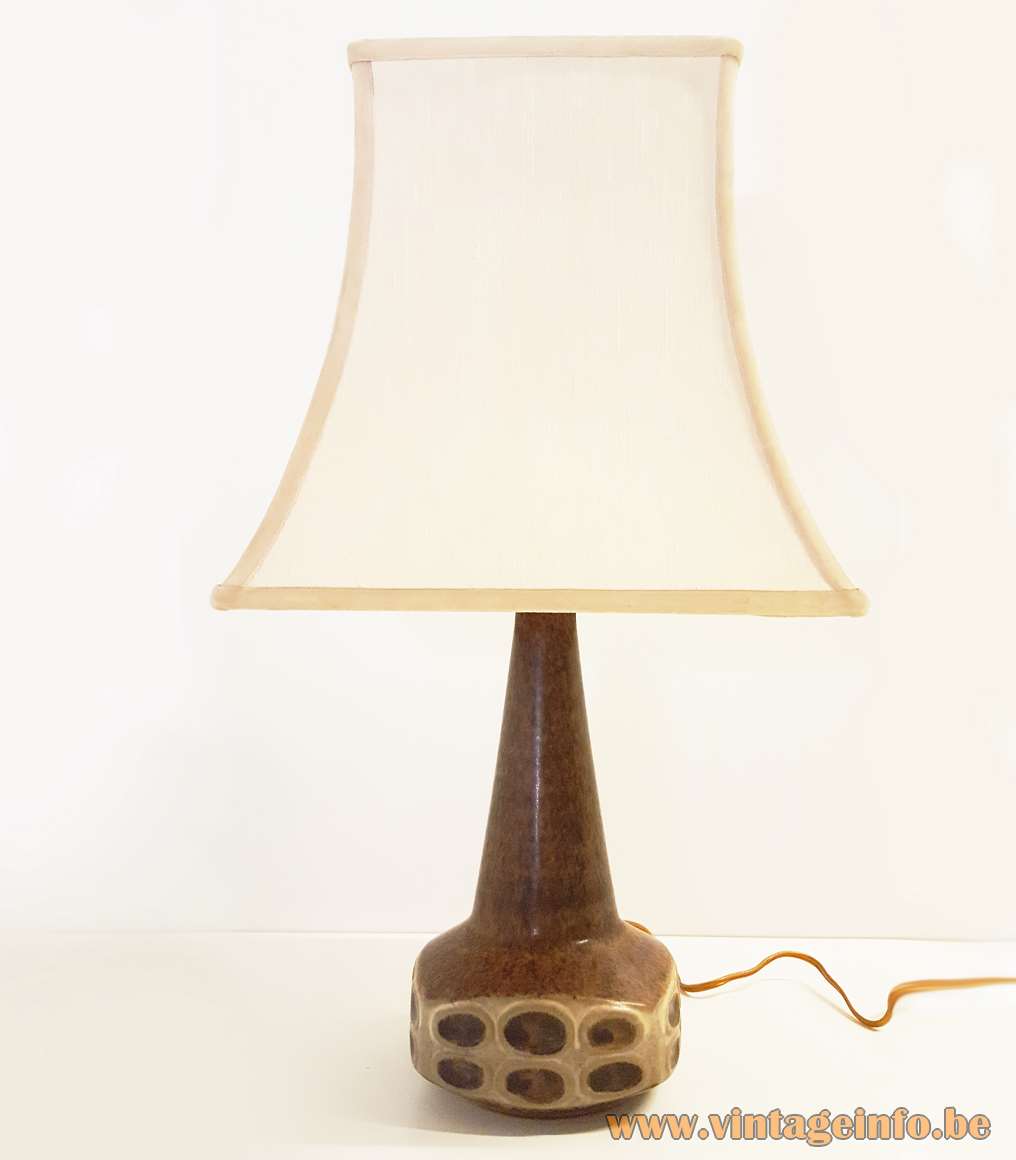 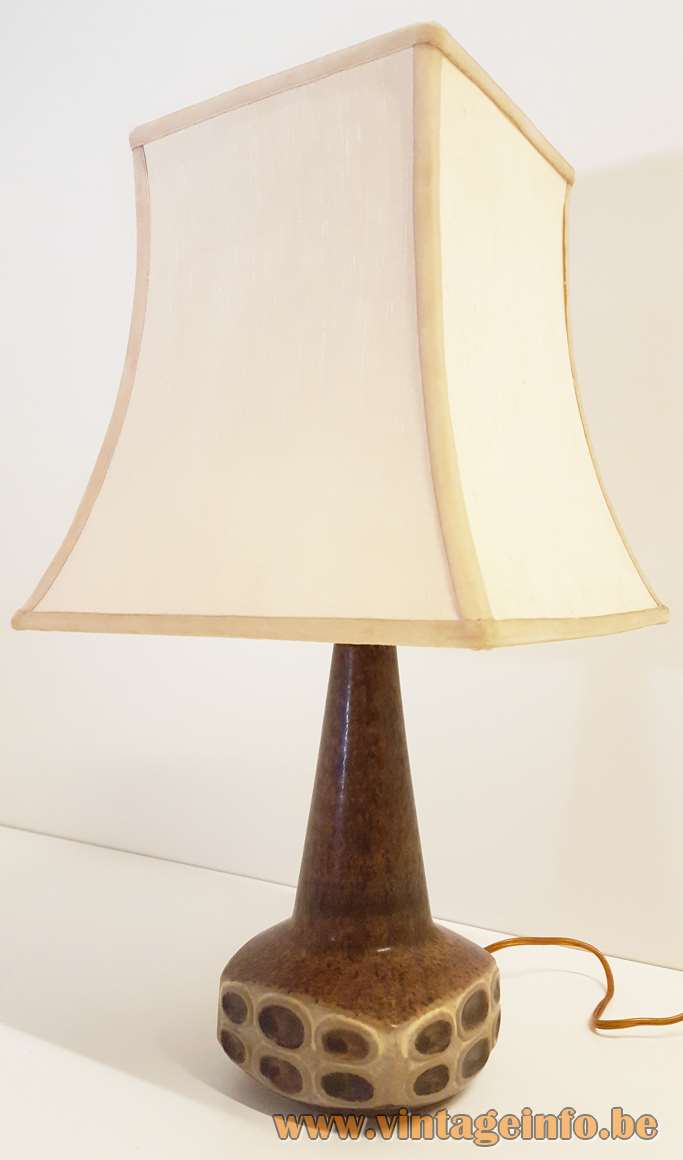 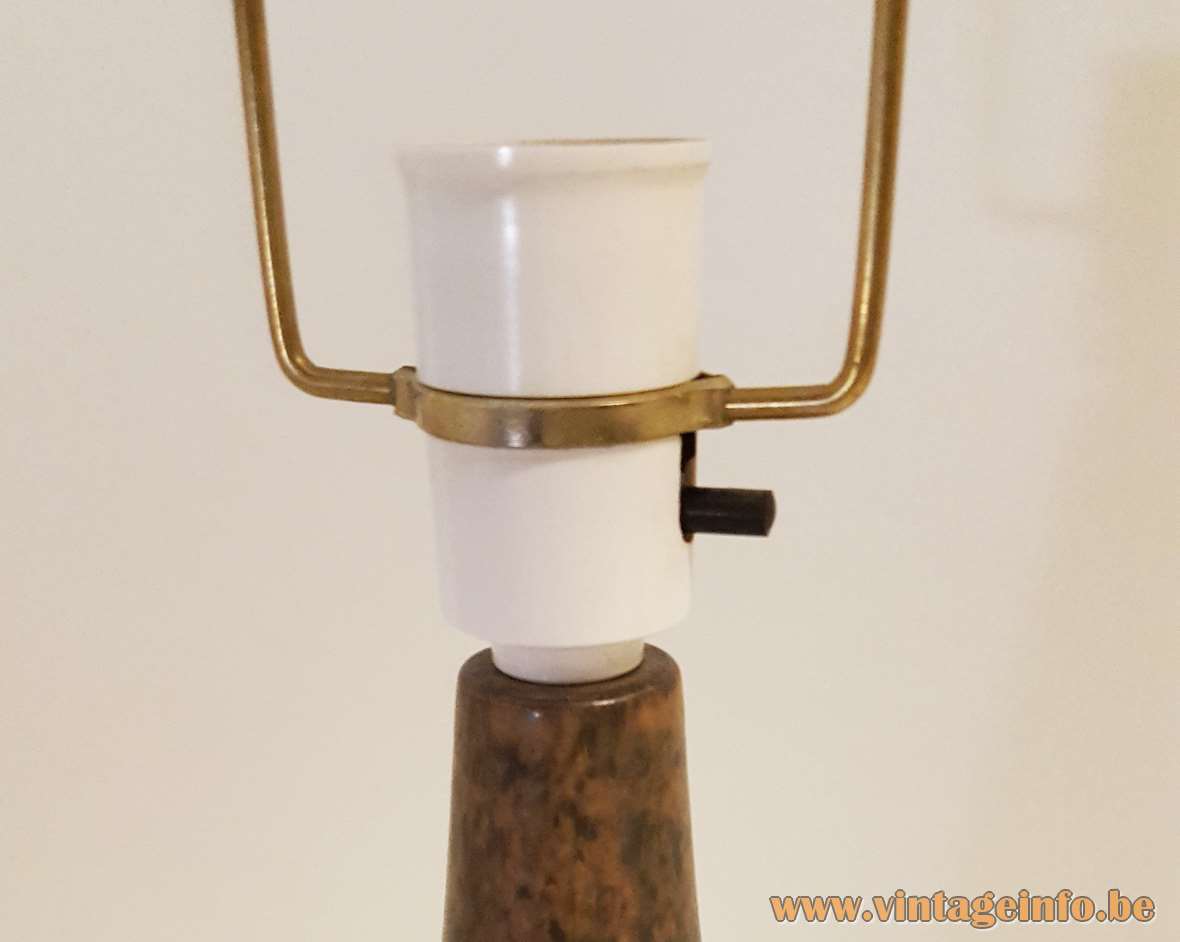 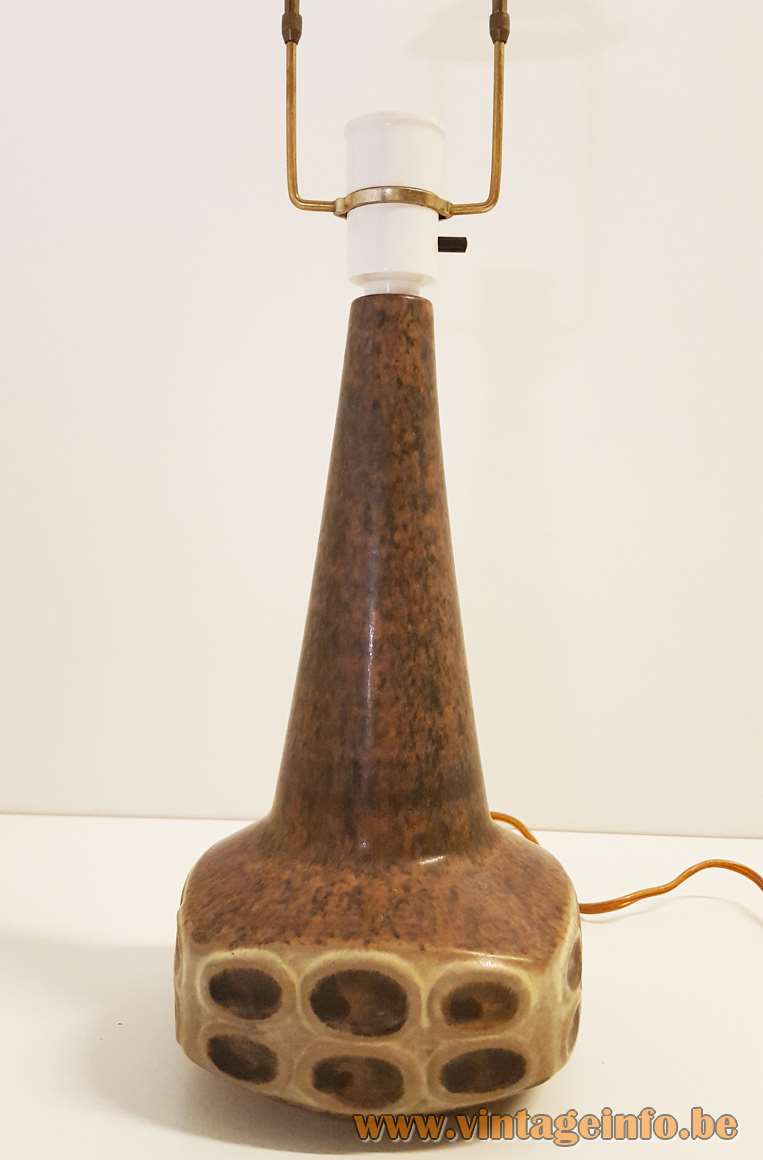 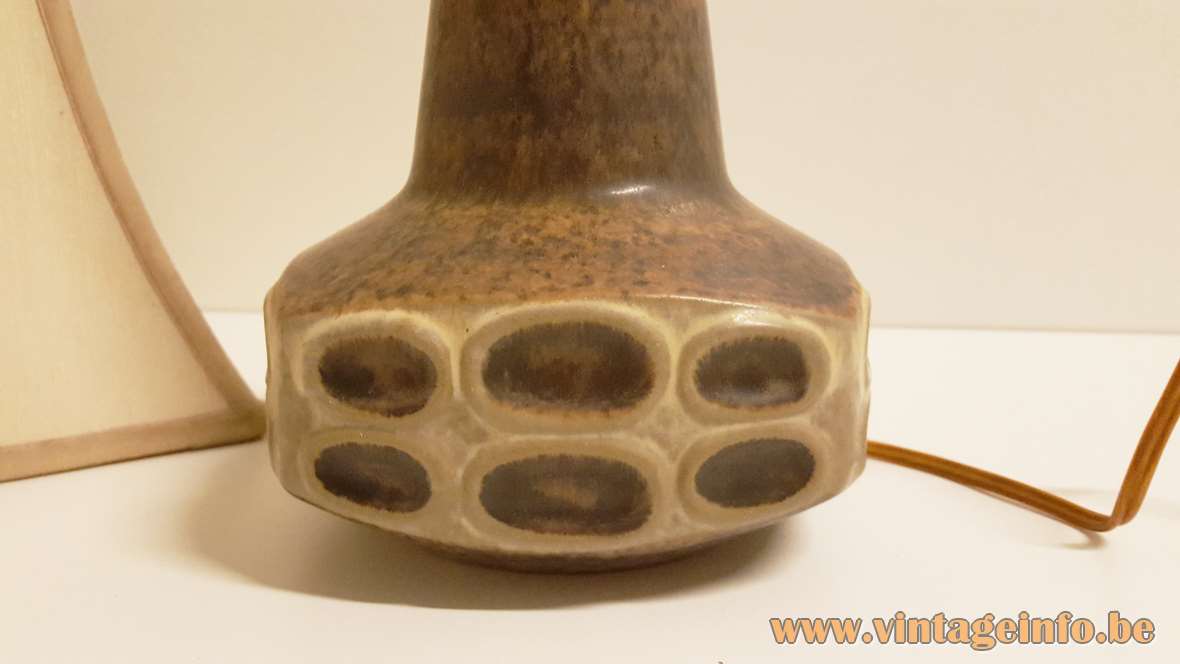 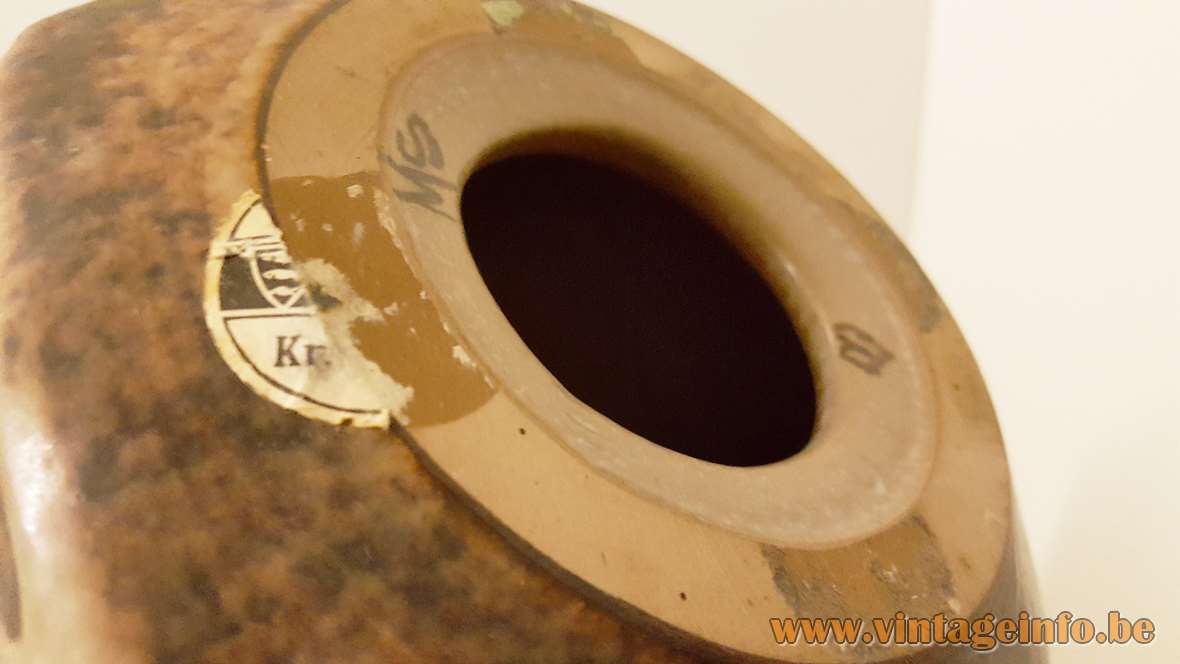 Other versions: This Marianne Starck table lamp exists in several sizes and some variations.

Michael Andersen Stentoj (ceramics) was founded in 1890 by Jens Michael Andersen (1859-1931) who learned his skills at Hjorth’s Pottery from Lauritz Hjorth. In 1916 Emil Folkmann Andersen joined the company, and it was subsequently named “Michael Andersen & Son“.

The pottery of Michael Andersen was located in Rønne, on the small island of Bornholm, Denmark. At first Micheal Andersen produced kitchen items and decorative pieces, much like the Greek style back then.

The Andersen’s had 4 sons which later on would all be working there. As they grew up, they developed their own style. Their designs and glazes won awards and in 1930, the new Persia technique used in glazing won a gold medal at the World Exhibition in Brussels. It was designed by Daniel Andersen (1885-1959).

During the mid century period Marianne Stark (1938-2007) was employed to develop art pottery which became a huge success. Various artists were employed including Knud Carl Edvard Kyhn (1880-1969). This period produced many fine works keenly sought after today. In 1993, the Danish Artist, Solveig Ussing, took over the company and runs it today. Solveig Ussing worked for the company since she was only 14 years old. The company has no website.

Marianne Starck, a German artist trained in Hamburg, was the artistic leader at Michael Andersen pottery for decades. She was a graphic artist and came from Northern Germany. Miss Starck stayed there until the end in 1993. She made a lot of great designs at Michael Andersen’s pottery. A very talented and versatile artist.

Jens Michael Andersen’s grandson, Sven Michael Andersen, never learned to know his grandfather, but was director of the family company for 33 years. It was from 1960 until the end in 1993.

The town of Rønne – Wikipedia

The Bornholm island in the Baltic sea – Wikipedia

Interview with Sven Michael Andersen (in Danish) on Jyllands-Posten Livestill

Many thanks to Marjan from Vintage Drachten for the text, beautiful pictures and the enthusiasm.