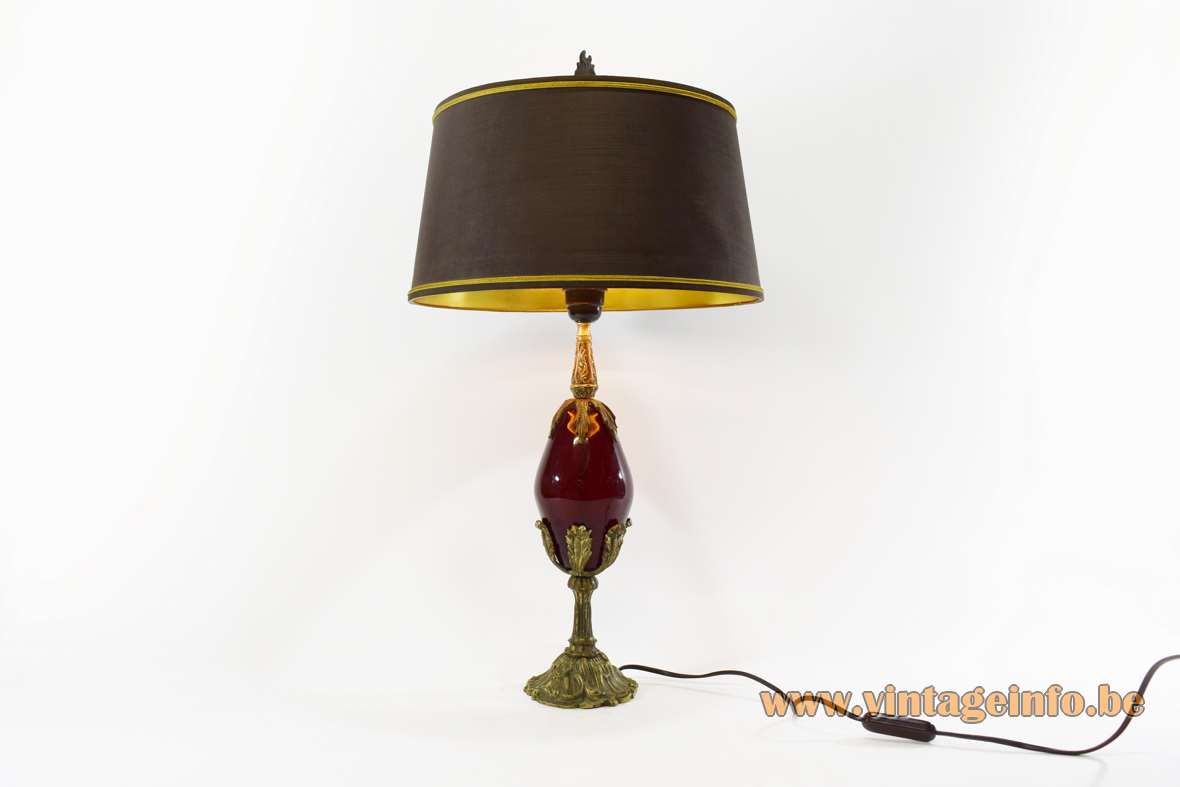 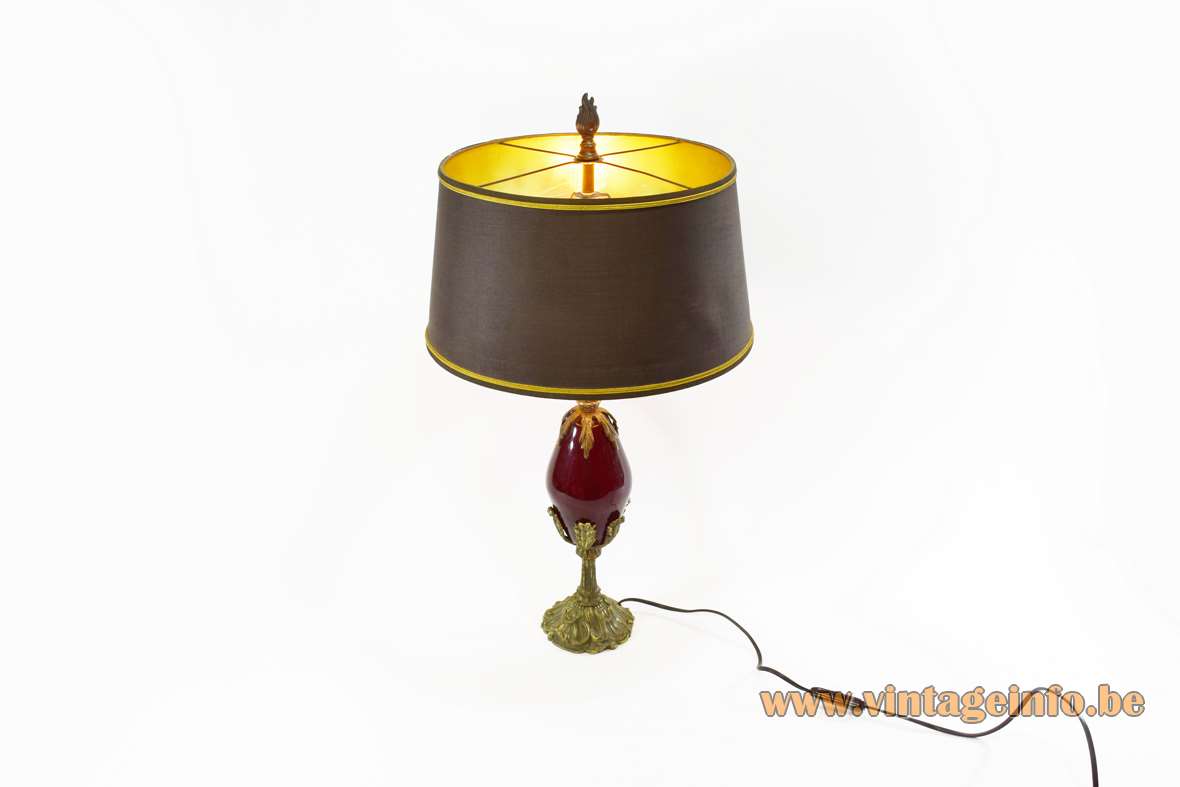 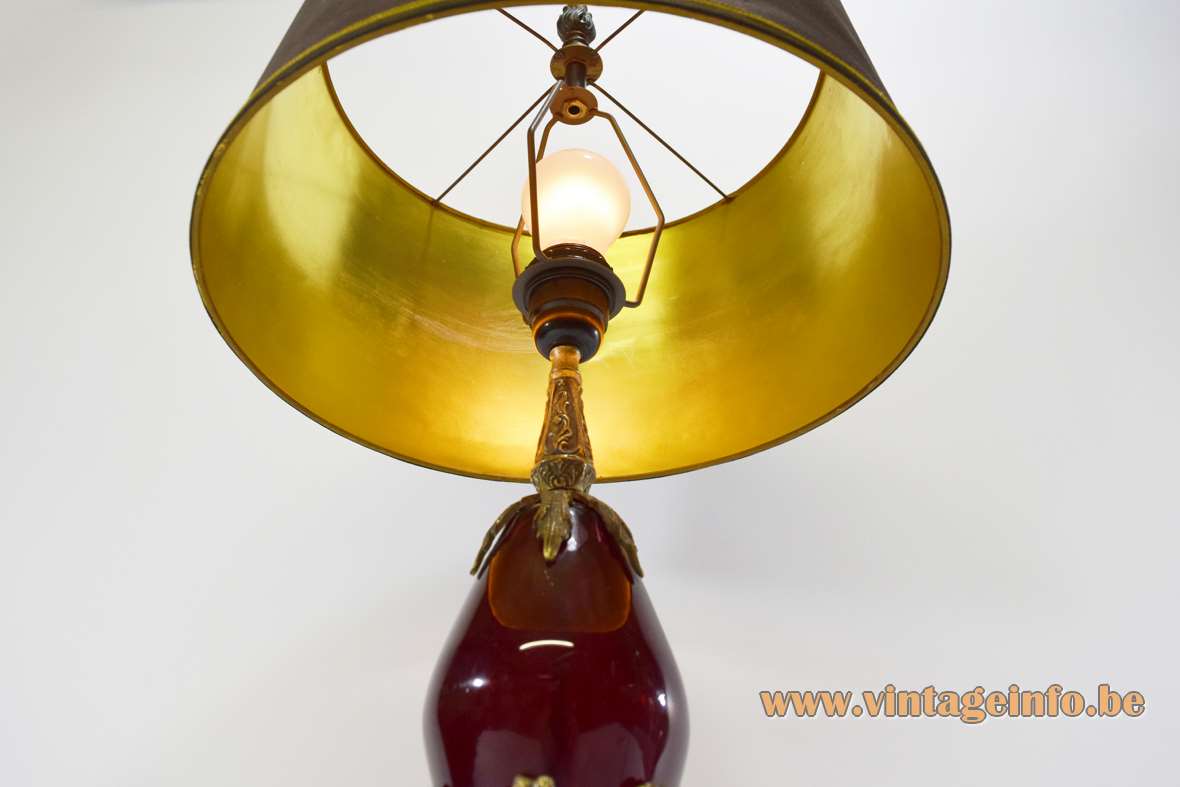 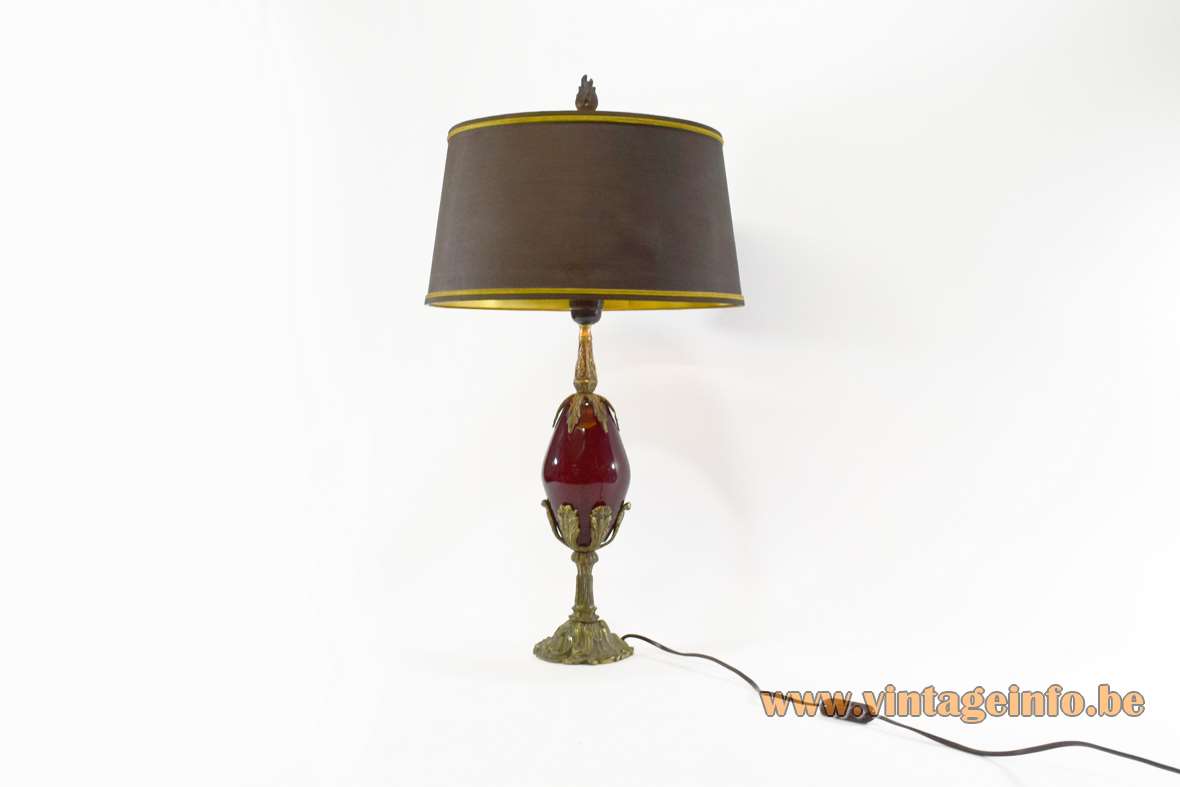 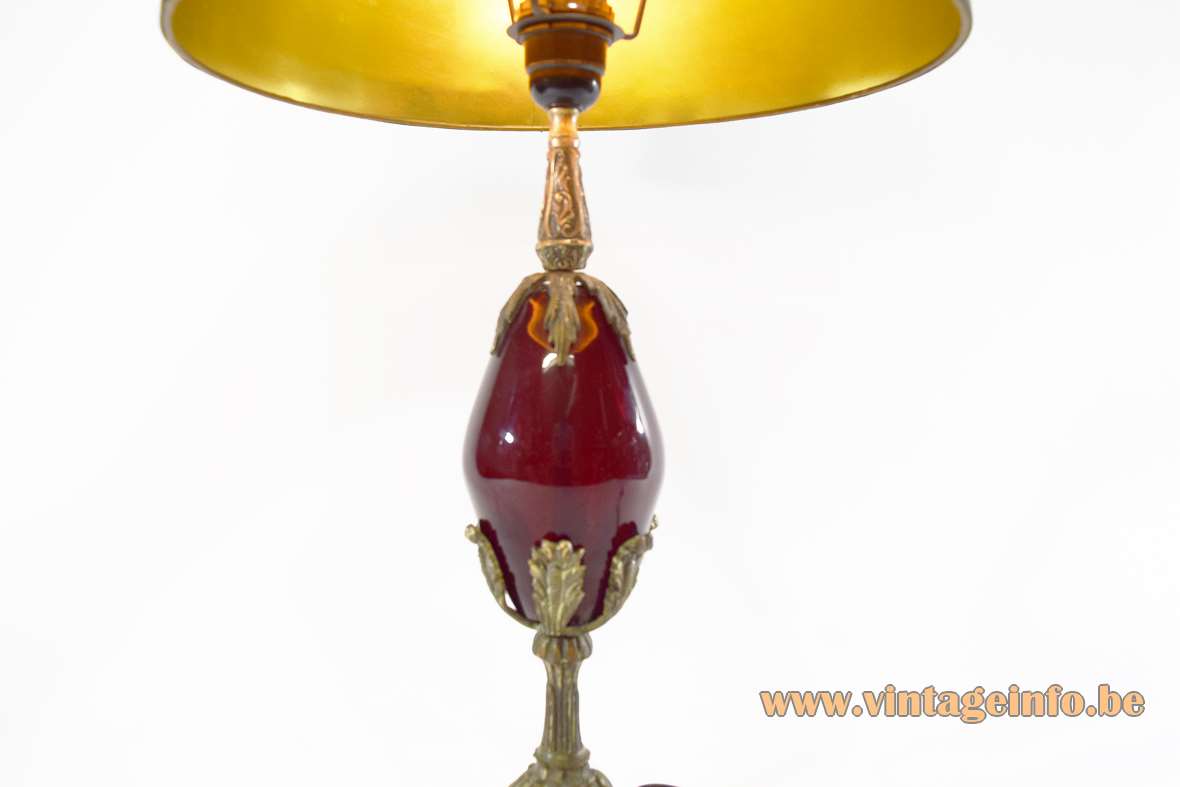 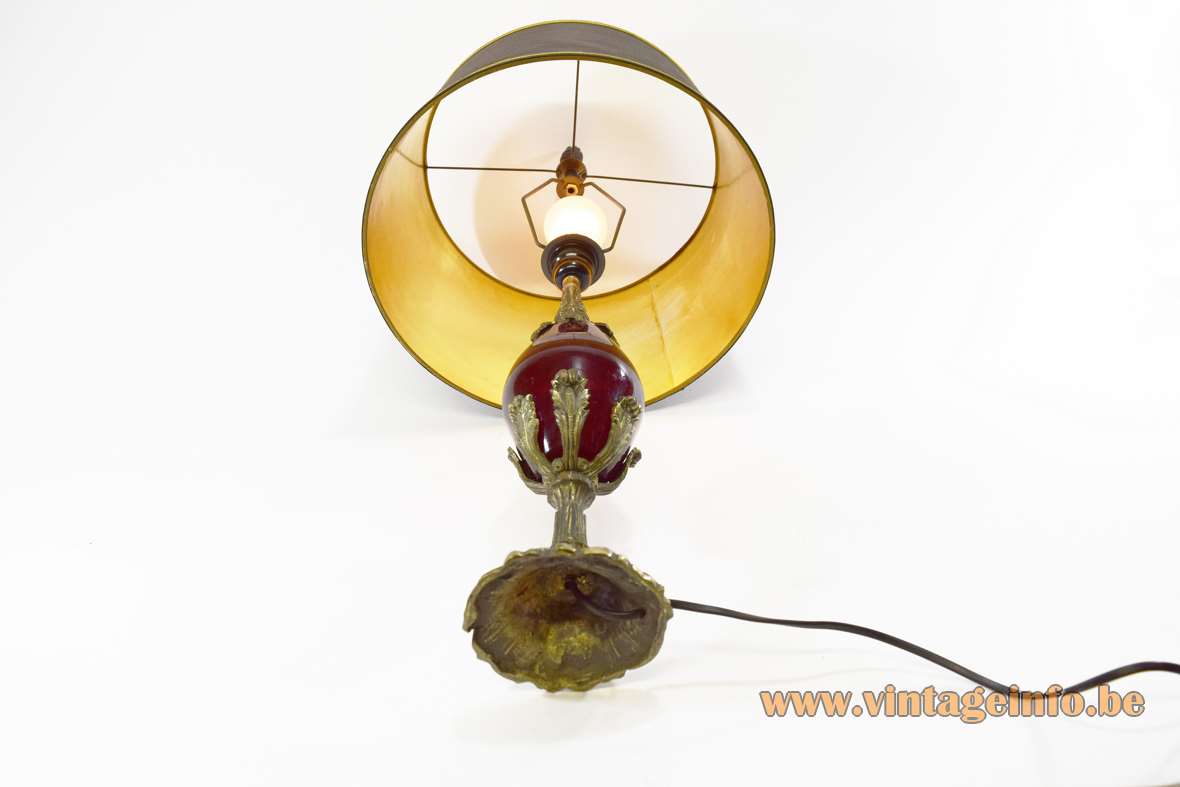 Other versions: This 1990s art nouveau table lamp was probably made in a few colours.

This table lamp is made in the art nouveau style, but it was produced in the 1990s. The lampshade is not original. There is no label present.