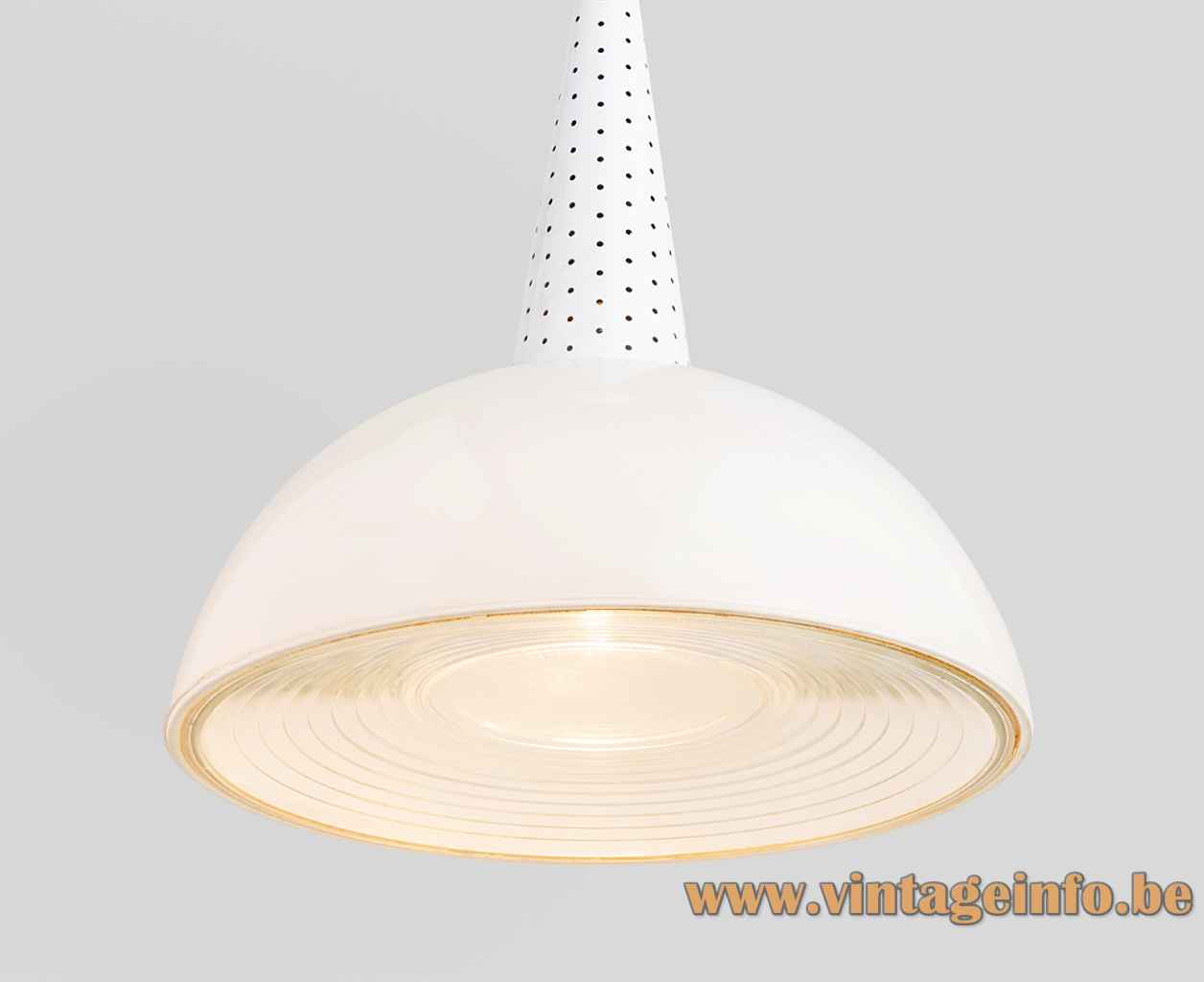 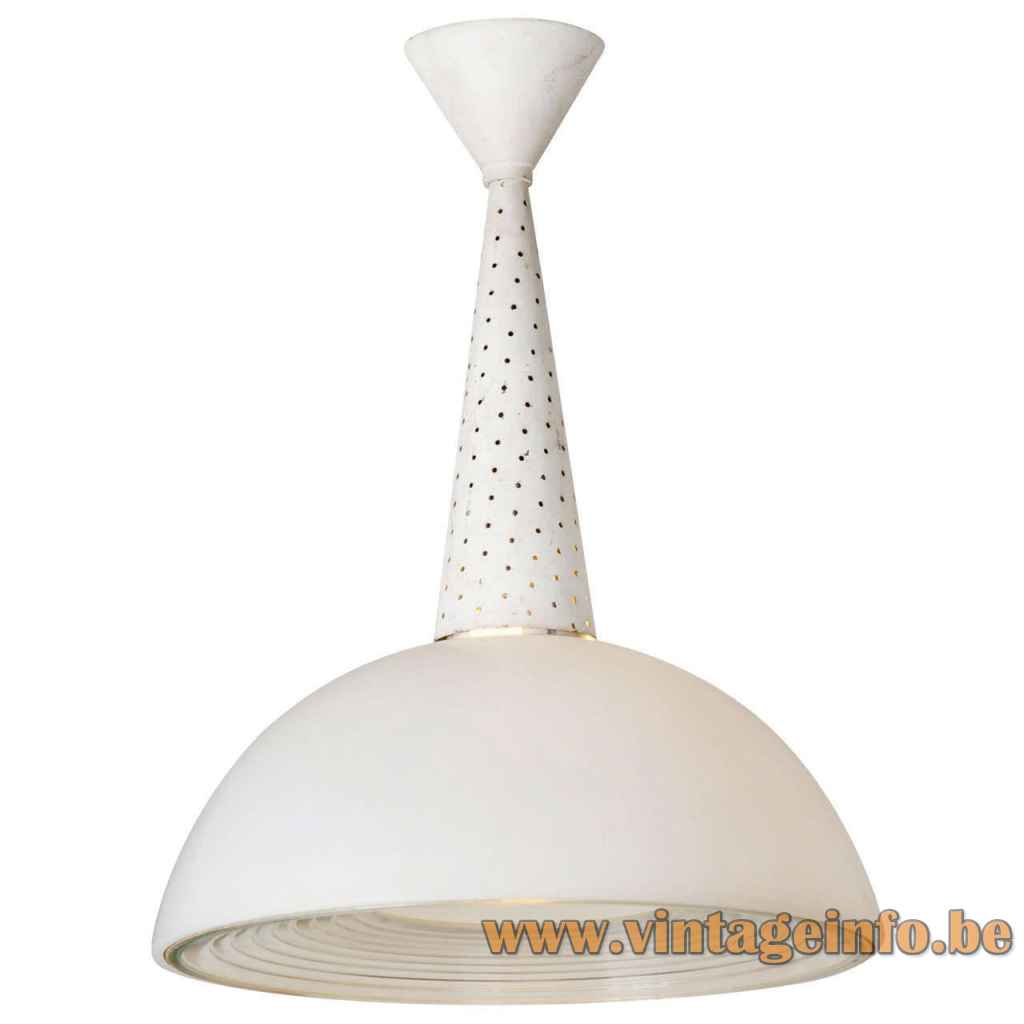 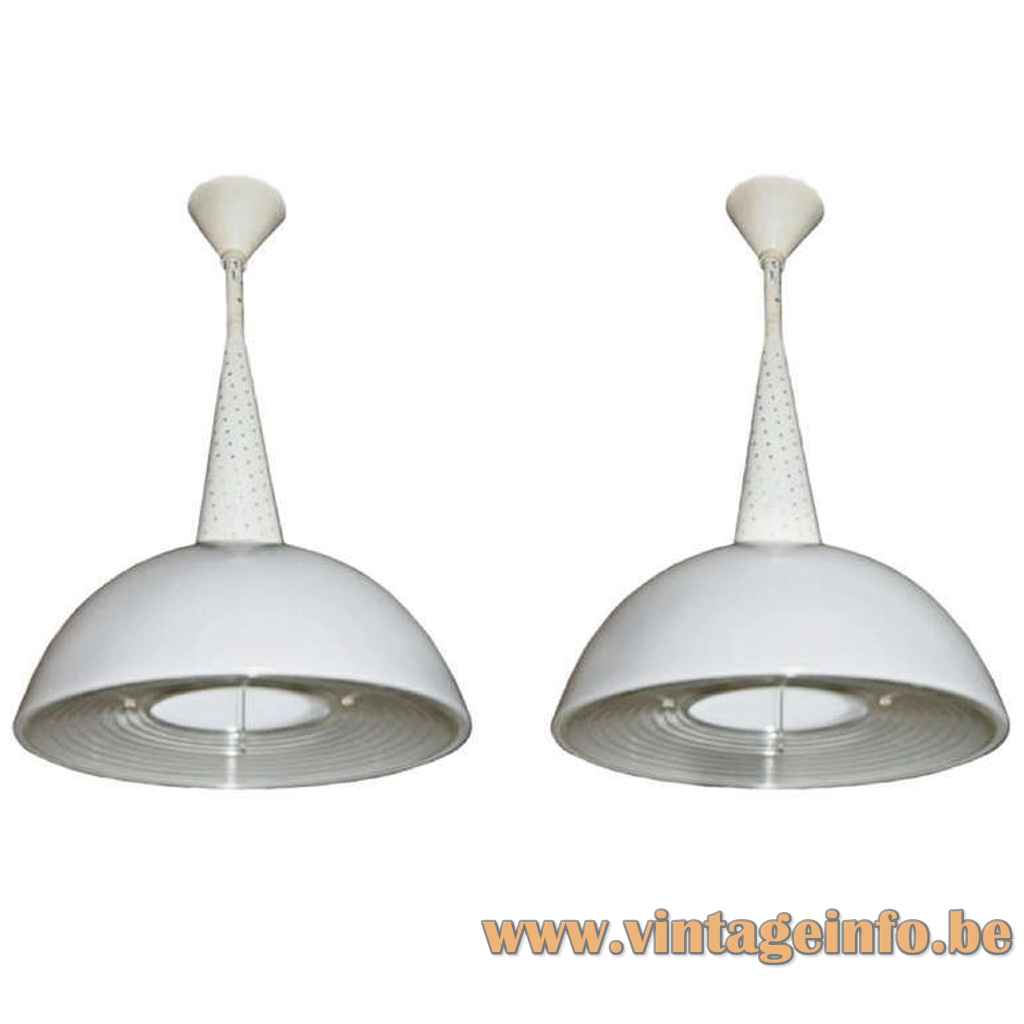 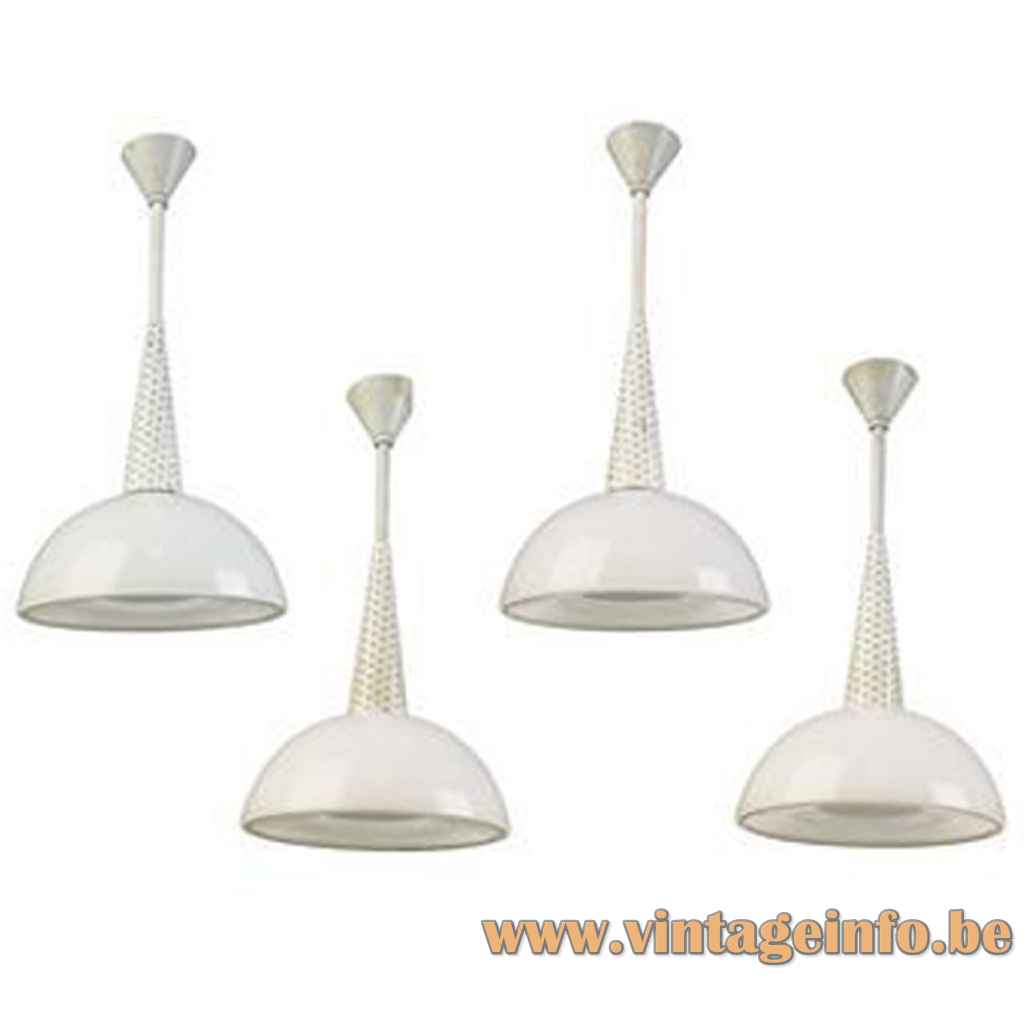 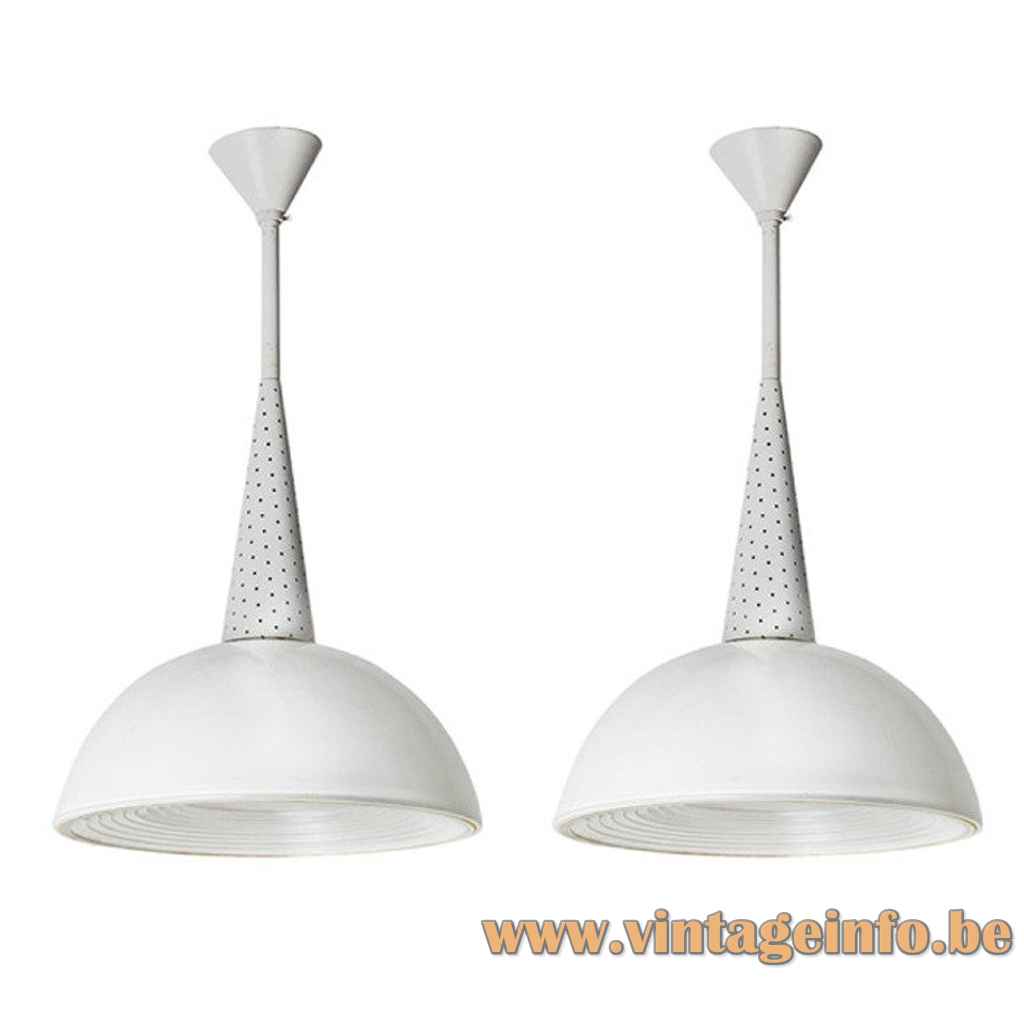 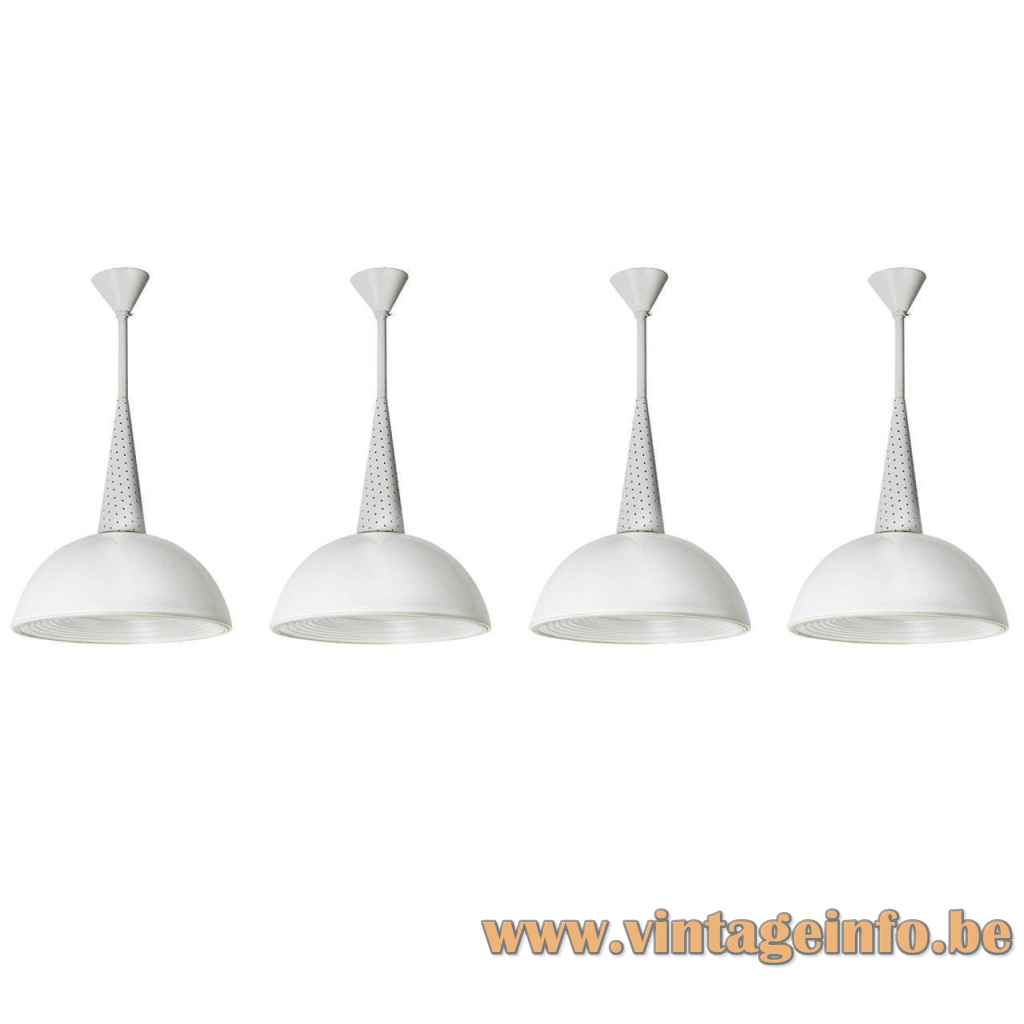 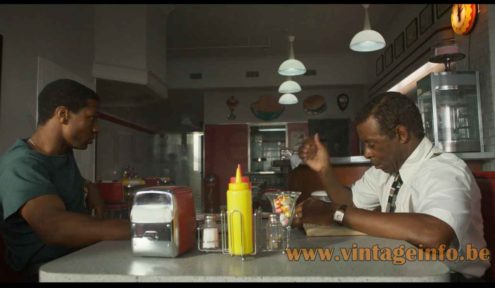 Other versions: This Holophane glass pendant lamp exists in a few varieties and colours. It was sold with long and short rods.

The design is of this pendant lamp is often attributed to Mathieu Matégot, because of the perforated cone. But there is no proof for it. It is quickly said that the design is his if there are small holes in it.

Augustin Fresnel invents the eponymous lens in 1822. It allows the diffraction of light and the control of light distribution. 70 years later, in 1893, André Blondel invented prismatic glass moulding, based on the principle of the lens Fresnel designed.

The invention is patented under the name “Holophane” whose Greek roots mean “harmonious distribution of light”. An American businessman, Otis Mygatt, purchased the patent in 1898.

In 1920 Holophane Limited merged with a French manufacturer and created a production site at Les Andelys, a town in between Paris and Rouen. The company is named Holophane SA (Societé Anonyme – Anonimous society).

After the war, the company stopped producing glassware to focus on three major markets: lighting, special glass and the automotive industrie.

In 1989 the company was bought by the UK group EMI Thorn.

The complete history of the Holophane company can be found on their website.

Designs similar to the pressed glass design were also used by Sergio Mazza for his 1960s Gamma and Delta lamps by Artemide. Ignazio Gardella used it for lamps he designed for the Italian company Azucena. Many others companies produced similar glass.