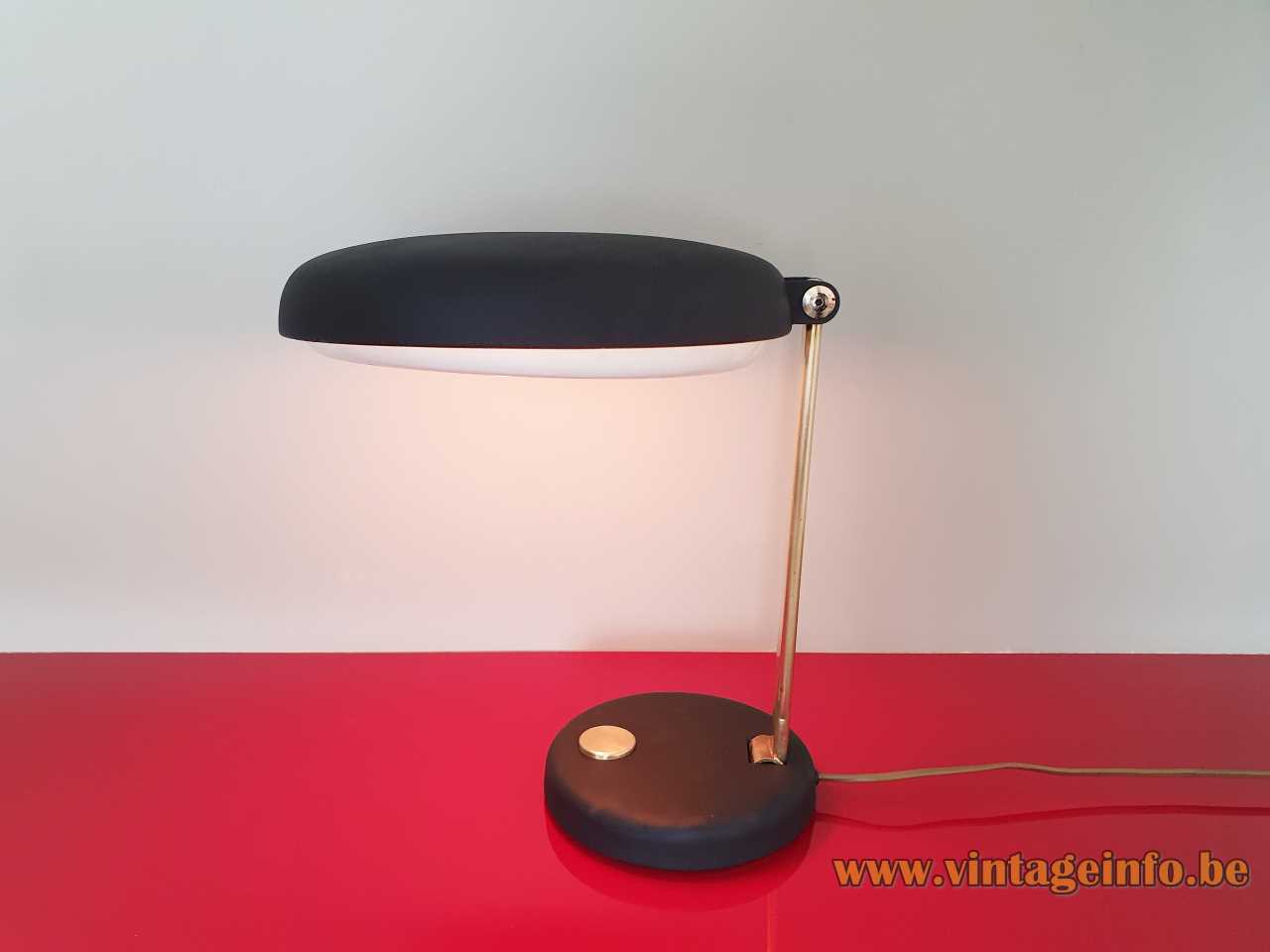 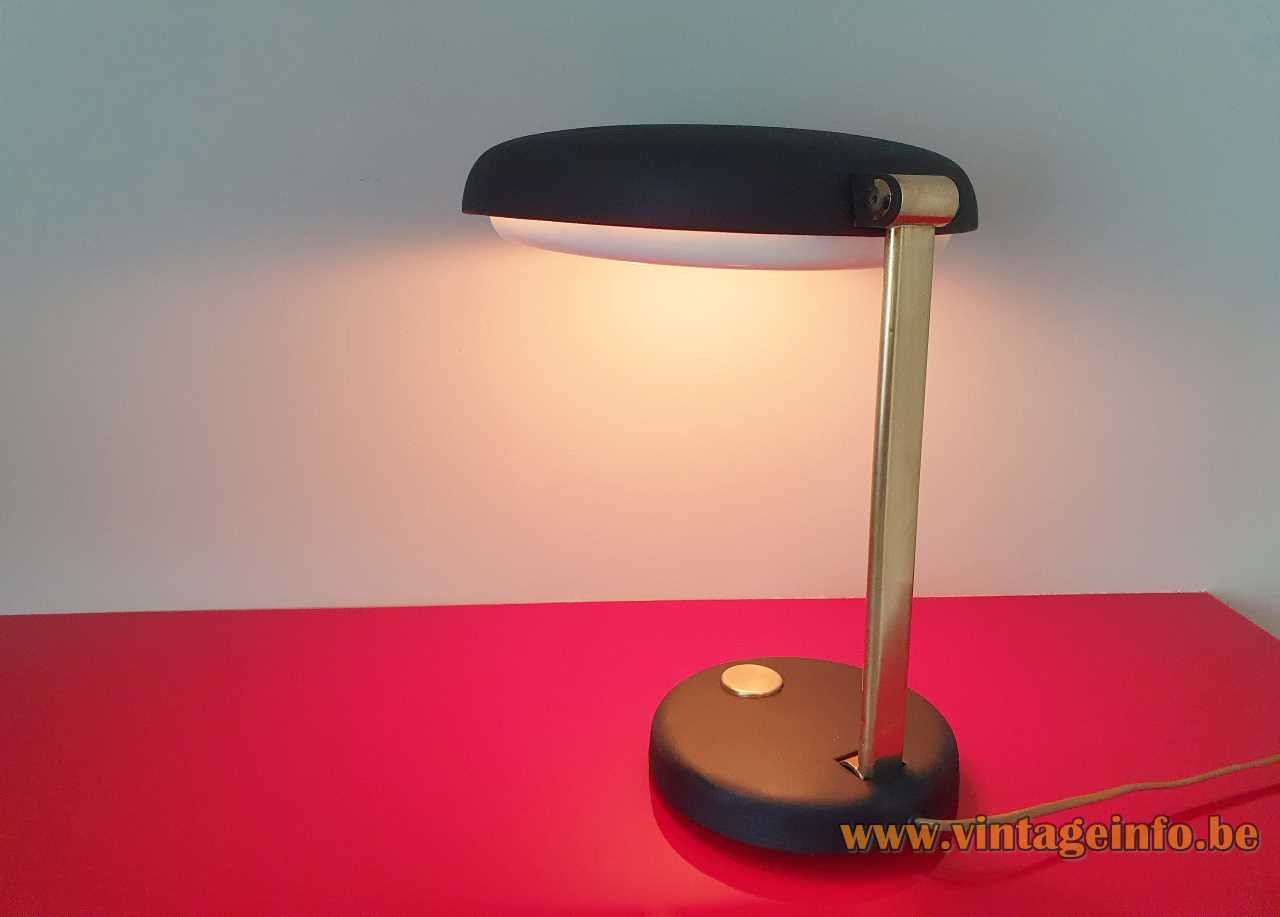 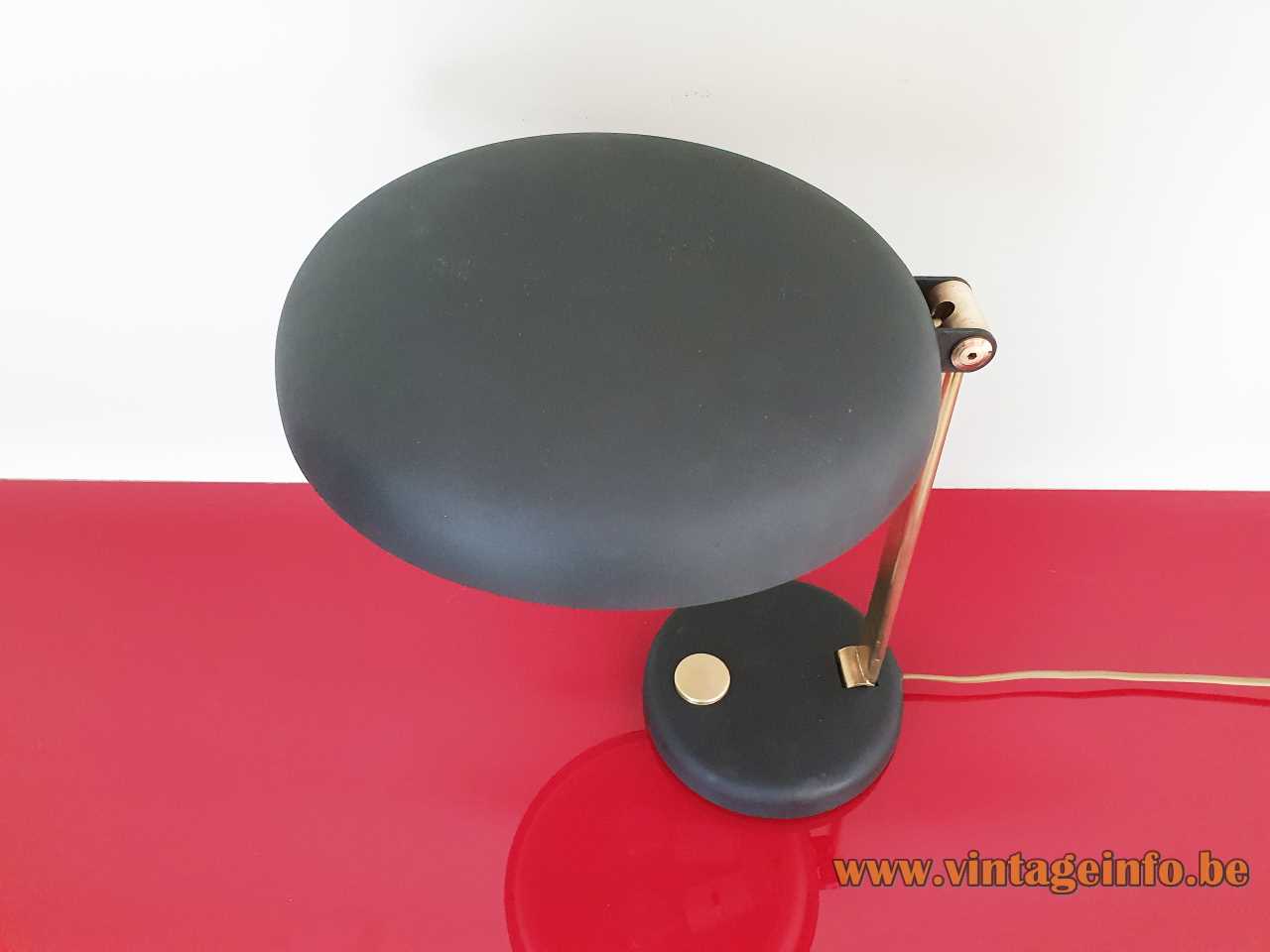 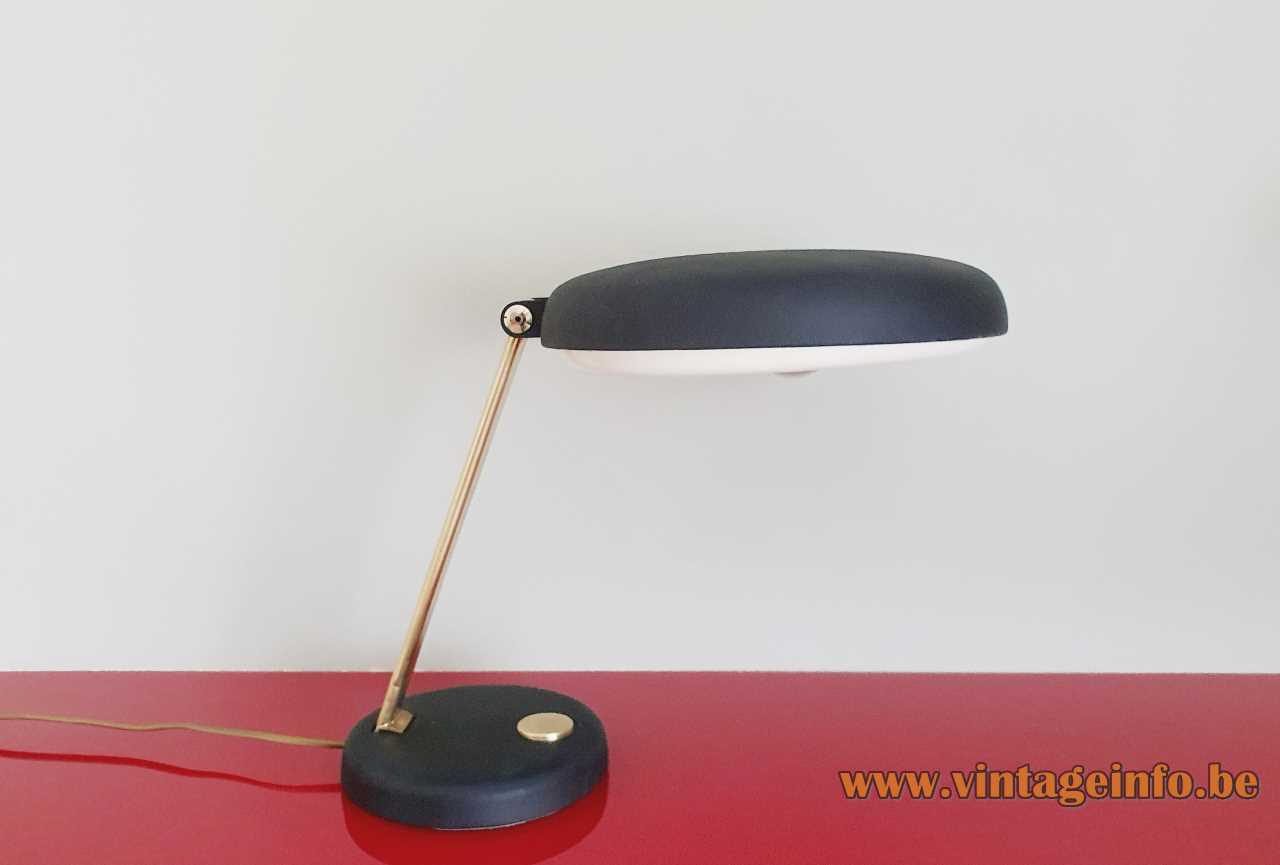 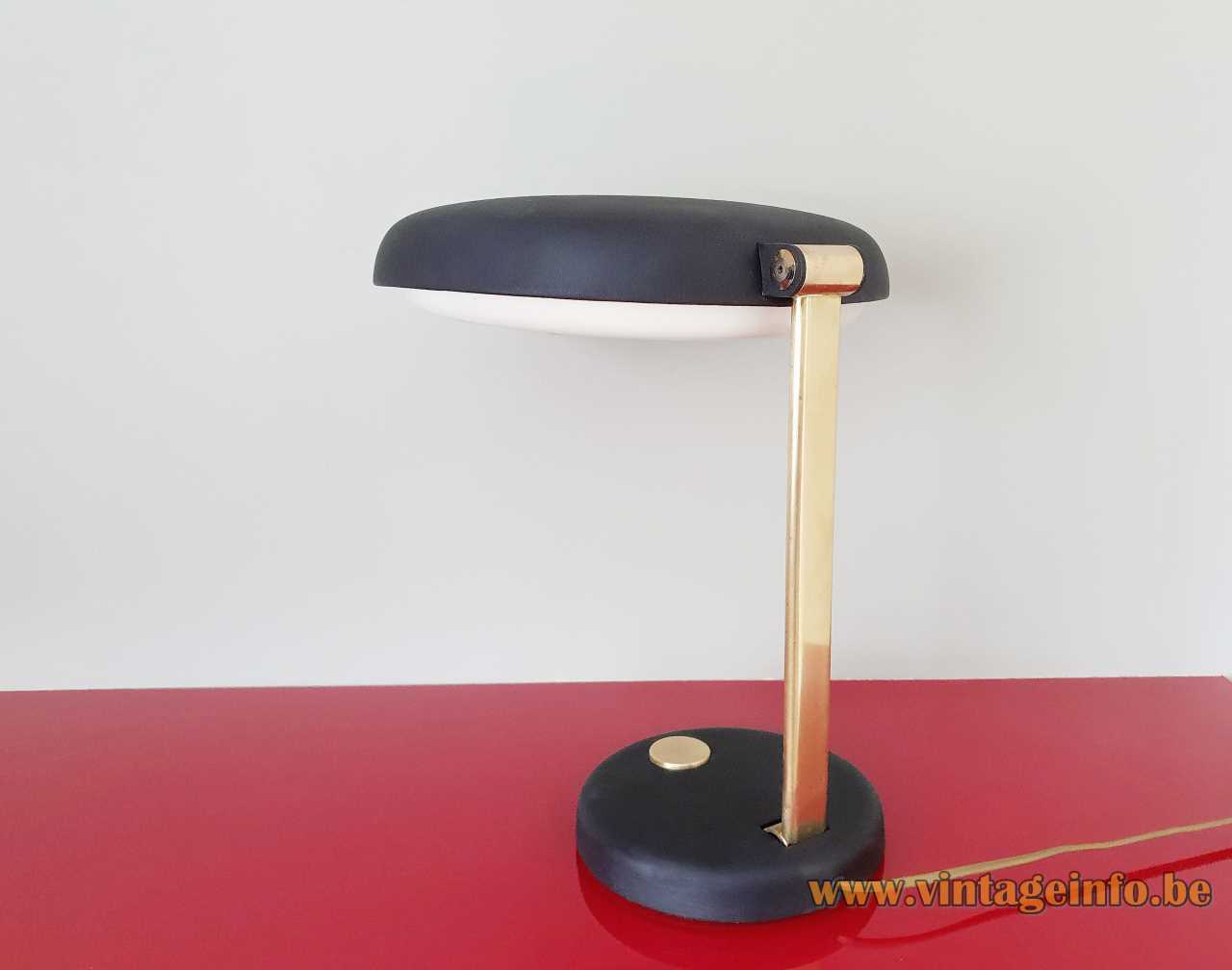 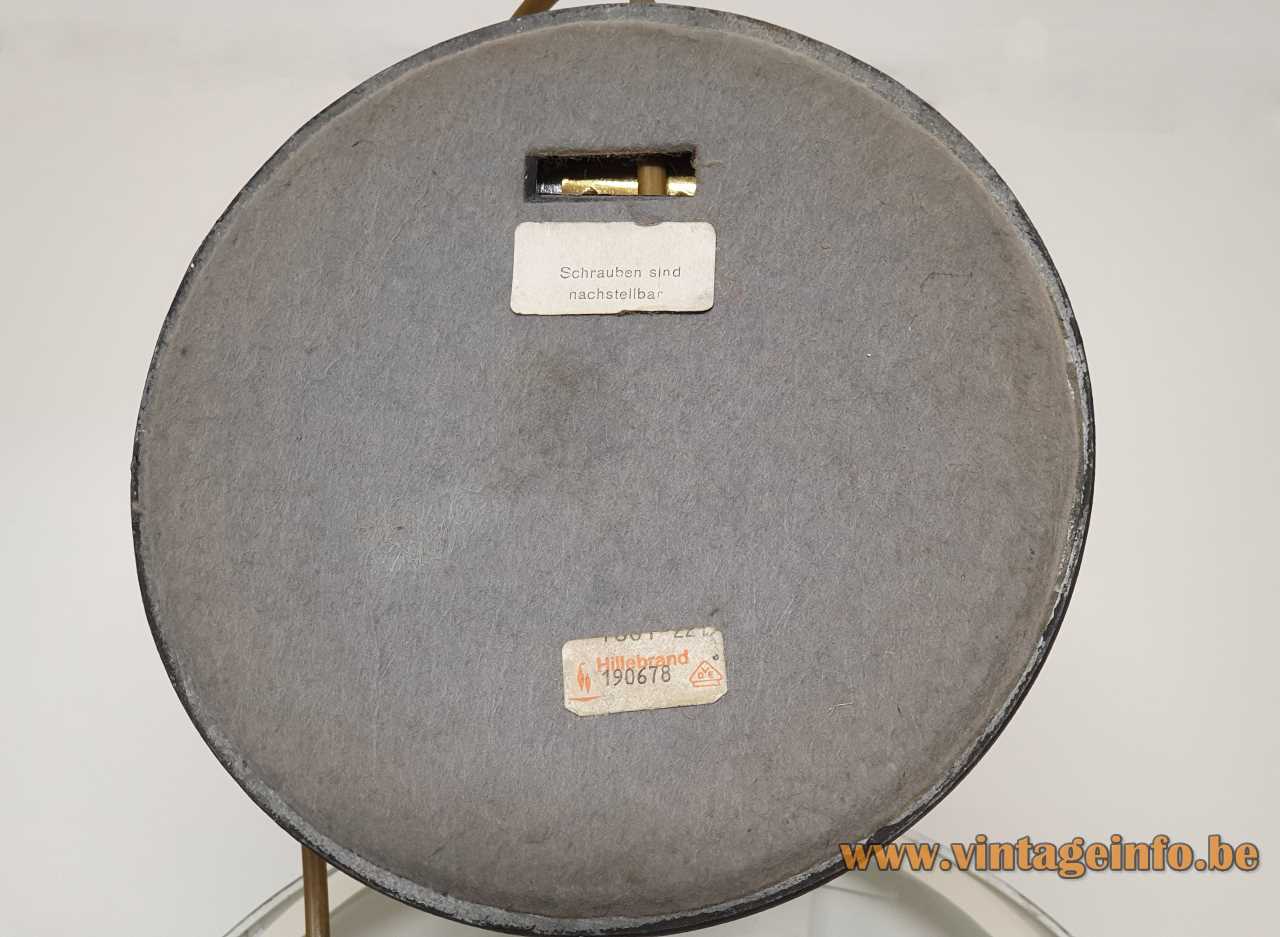 Materials: Round black metal base with a big built-in brass switch. Grey felt in the bottom of the base. Replaceable fuse inside the base. Flat adjustable brass slat. Some metal and brass parts. Black painted aluminium mushroom lampshade, painted white inside. White painted round metal diffuser below. 2 white painted Bakelite E27 sockets.

Other versions: This Heinz Pfaender Hillebrand desk lamp exists in several colours and variations. Also produced in chrome instead of brass. You can find a chrome version over here.

This lamp is often named Oslo. But the Oslo lamp designed by Dr. Heinz Pfaender is different, but made in the same style.  The Oslo lamp was designed in 1961. You can find it over here. It won an iF Design Award in 1962. Probably this desk lamp was also designed by Dr. Pfaender because it is comparable in design.

Dr. Heinz Georg Pfaender or in German: Pfänder, was born 13 January 1928 in Heilbronn, Baden-Württemberg, Germany. He grew up in Kleingartach where his father Otto Hermann worked as a school teacher.

In the late 1950s Heinz Pfaender moved to Darmstadt were he married Liselotte. He became one of the founders of the design department of the local university.

During his career he wrote several books and designed many items: from small to heavy machinery to daily life goods. In 1961,  Heinz Pfaender designed the Oslo table lamp and in 1963 the Bornholm desk lamp. Two design-icons of the Hillebrand company. He resigned as a professor in the mid 1990s.

This desk lamp in chrome