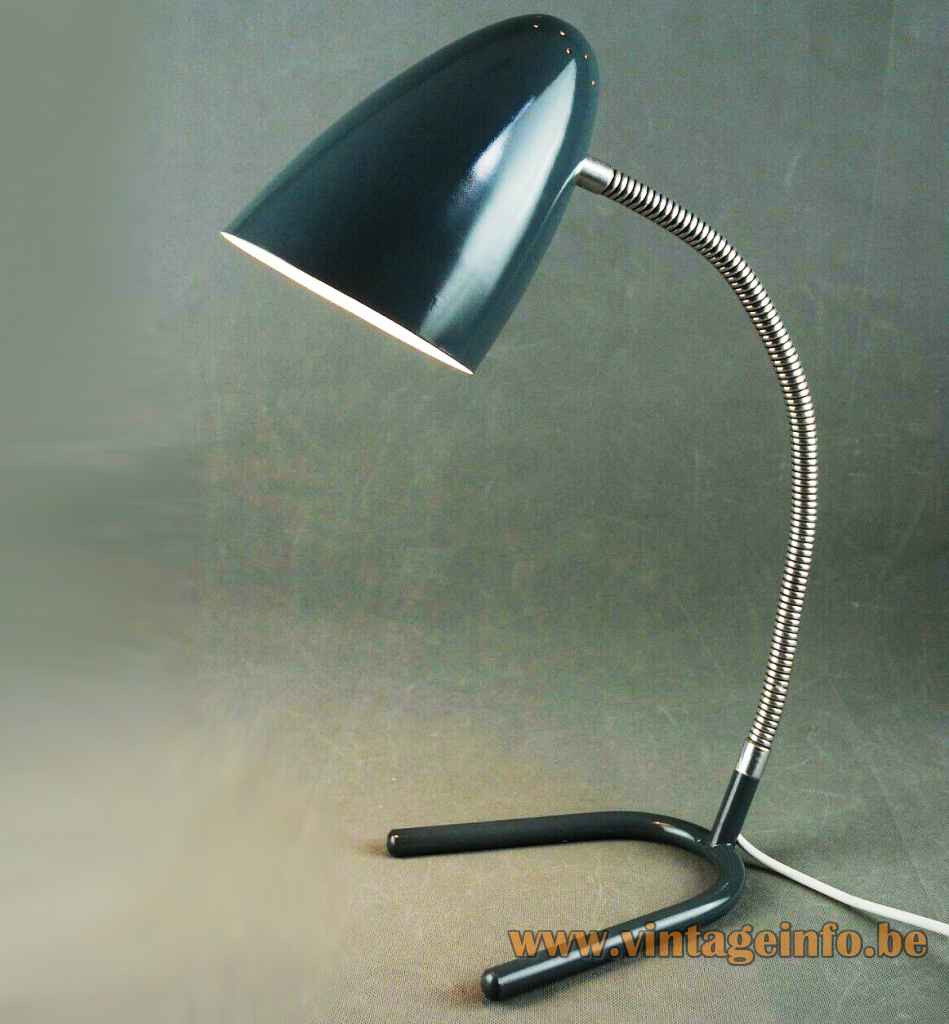 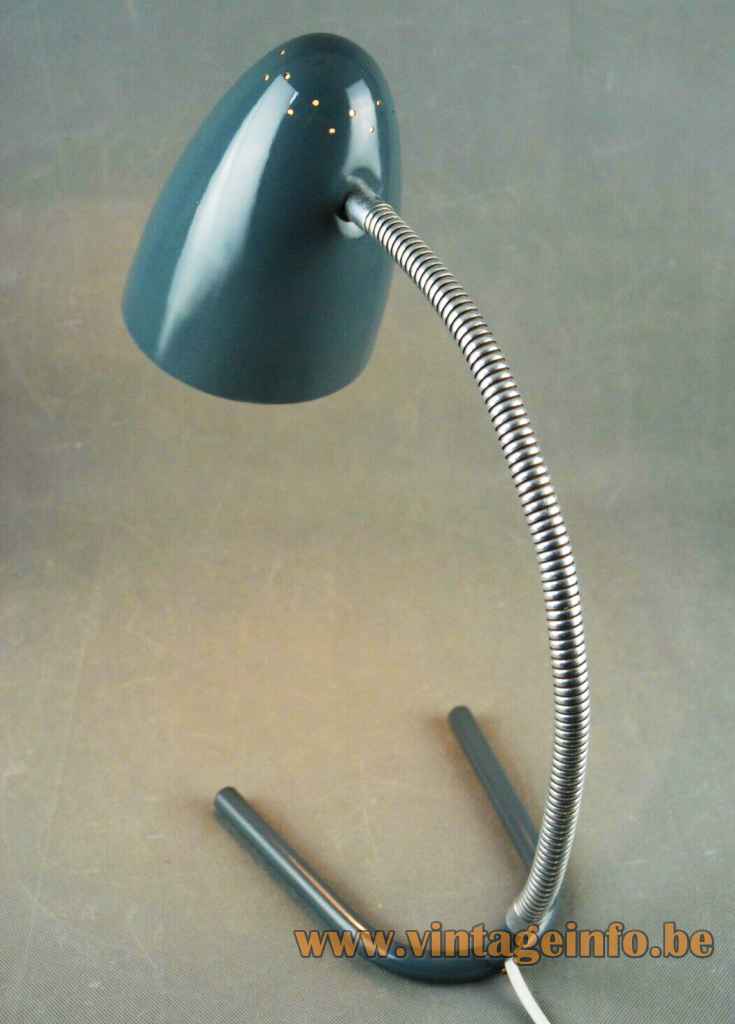 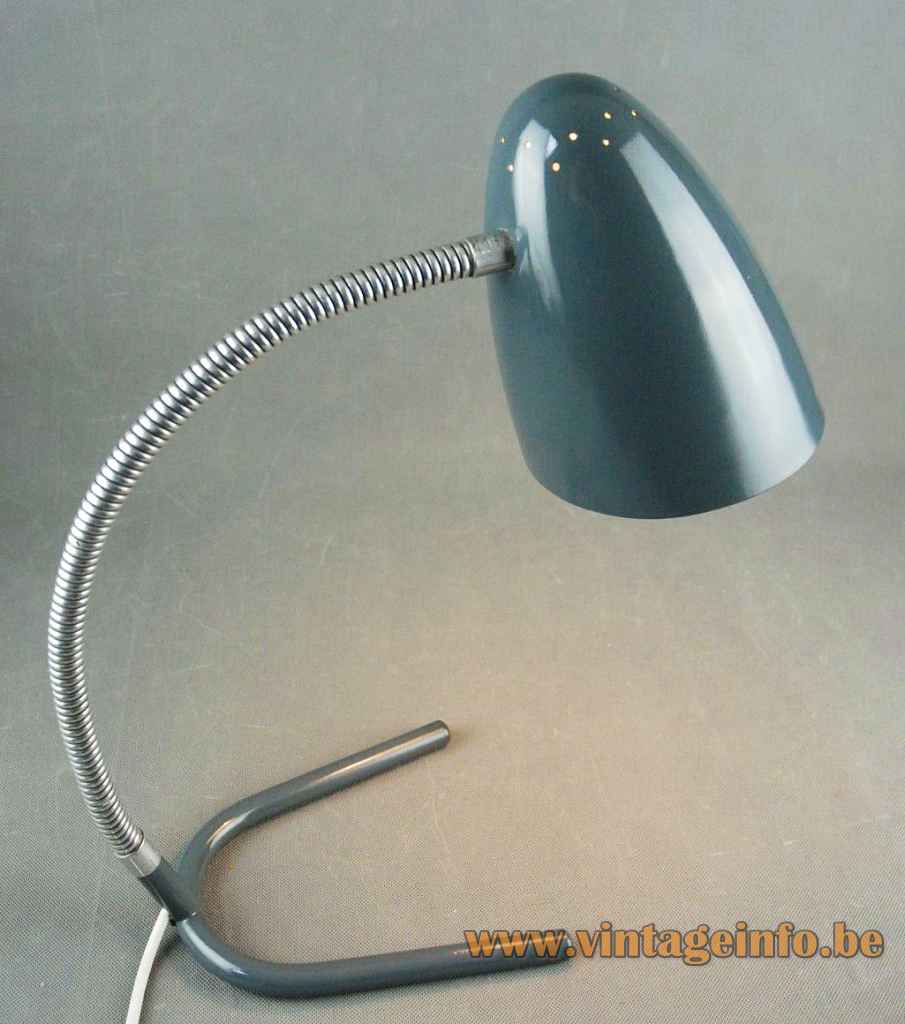 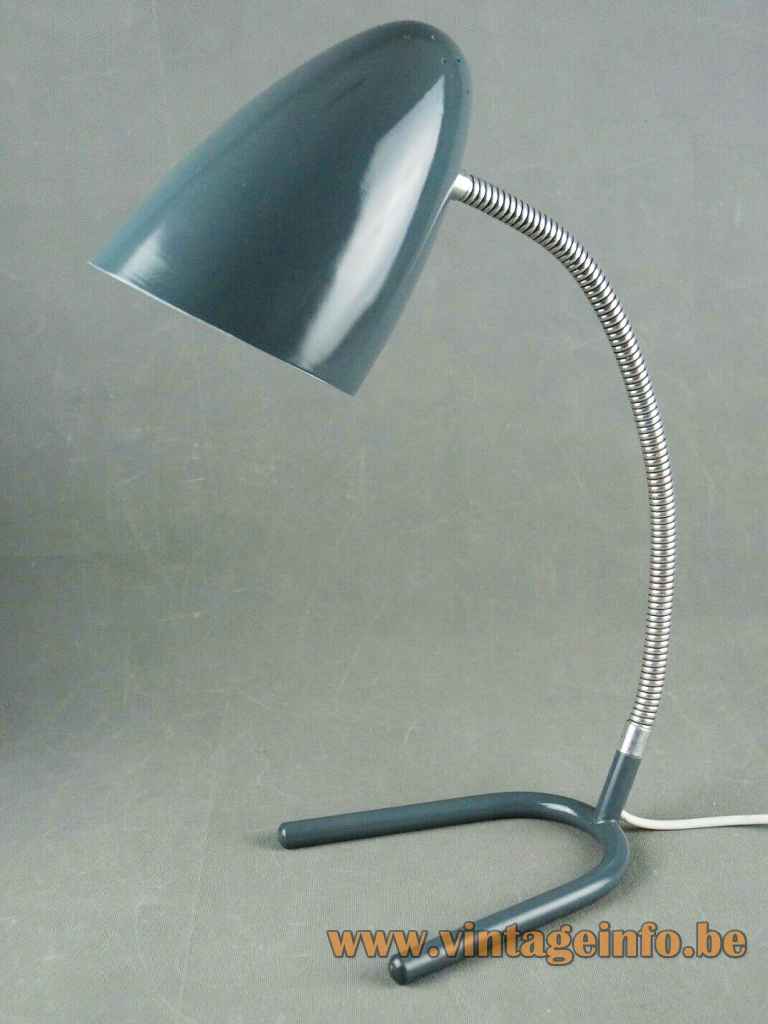 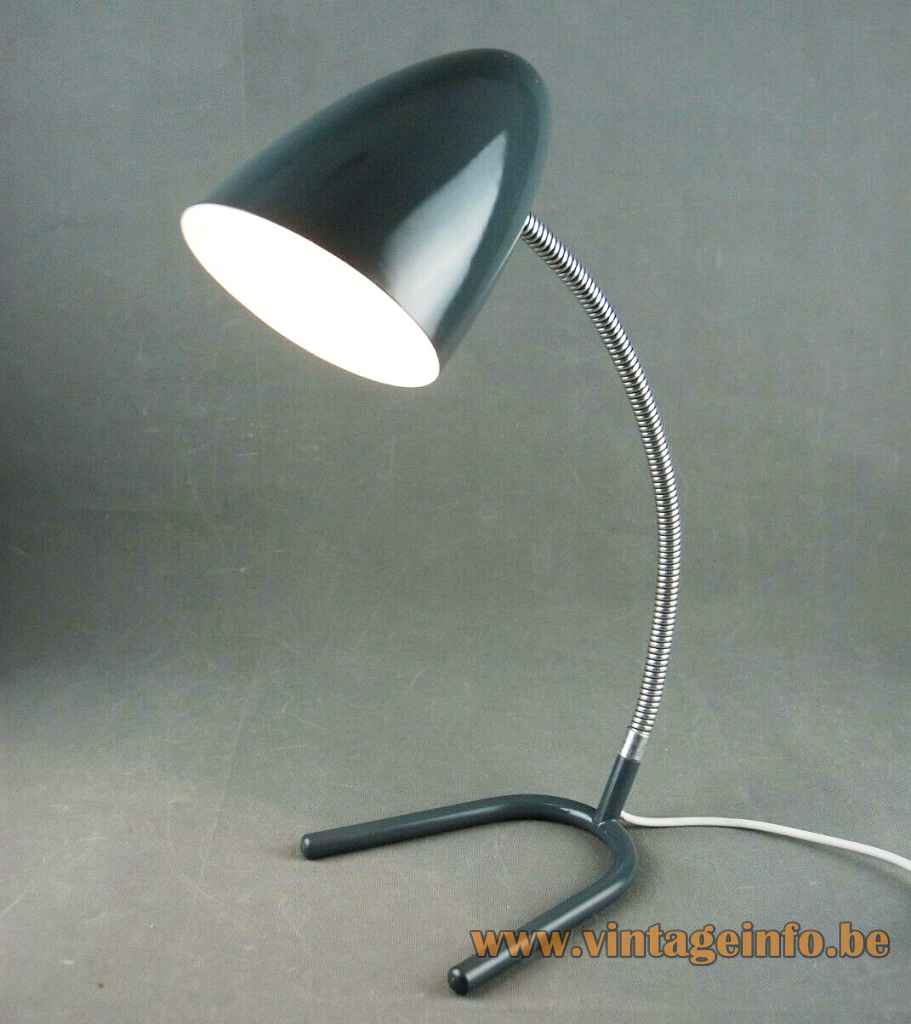 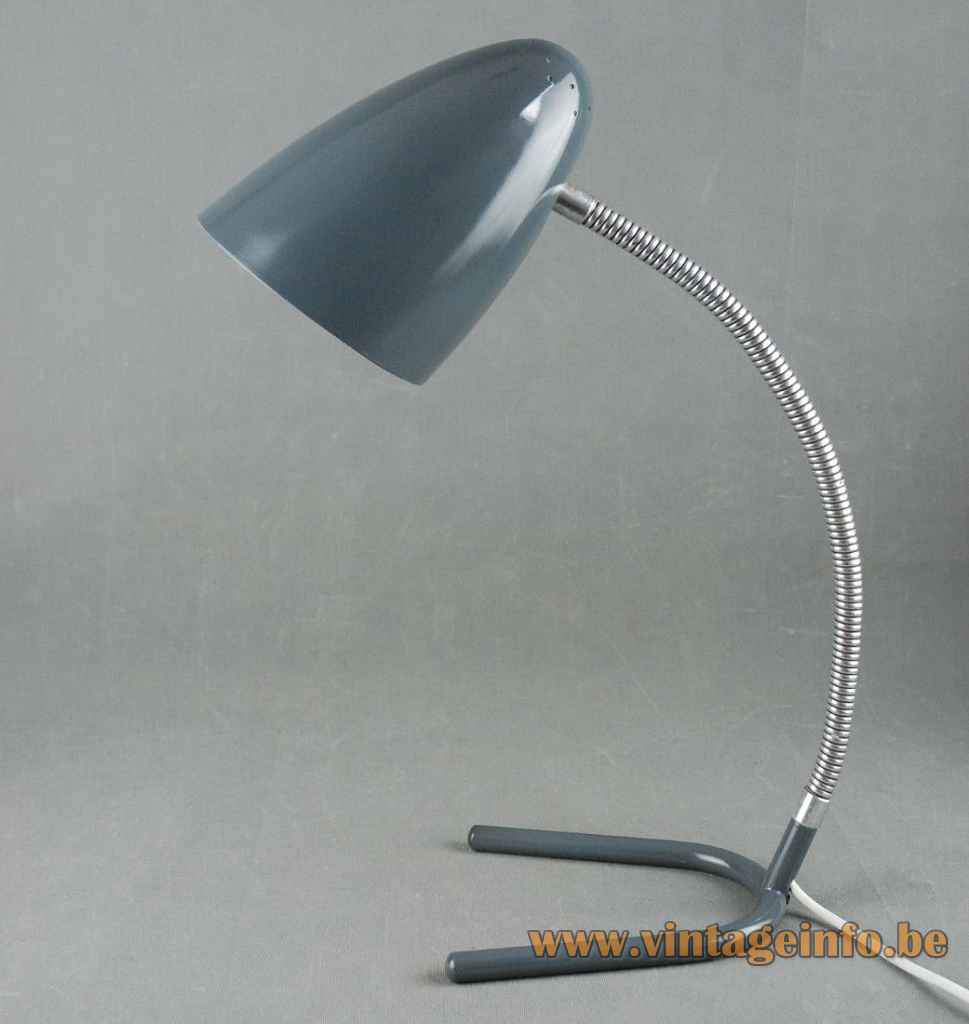 Other versions: This Günter Trieschmann desk lamp L5 exists in several colours. The lampshade was used for several other lamps.

Architecture and chemistry student Günter Trieschmann, born in 1925, founded his company in August 1951. He wanted to contribute to the redesign of Baden-Württemberg with the design, manufacture and sale of architectural lights.

In 1958, Günter Trieschmann lamps were used for the German pavilion of the world exhibition in Brussels, Belgium.

The company was converted into a limited liability company in 1987 and part of it was sold to Semperlux AG from Berlin.

Dieter Oehmichen took over the management in 1992 and Günter Trieschmann retired. The company has been fully owned by the Oehmichen family since 2004.

In 2017, Dieter Oehmichen retired from the management after 25 years and the company was officially transferred to his daughter Petra. He remains with the company in an advisory capacity and as a partner.