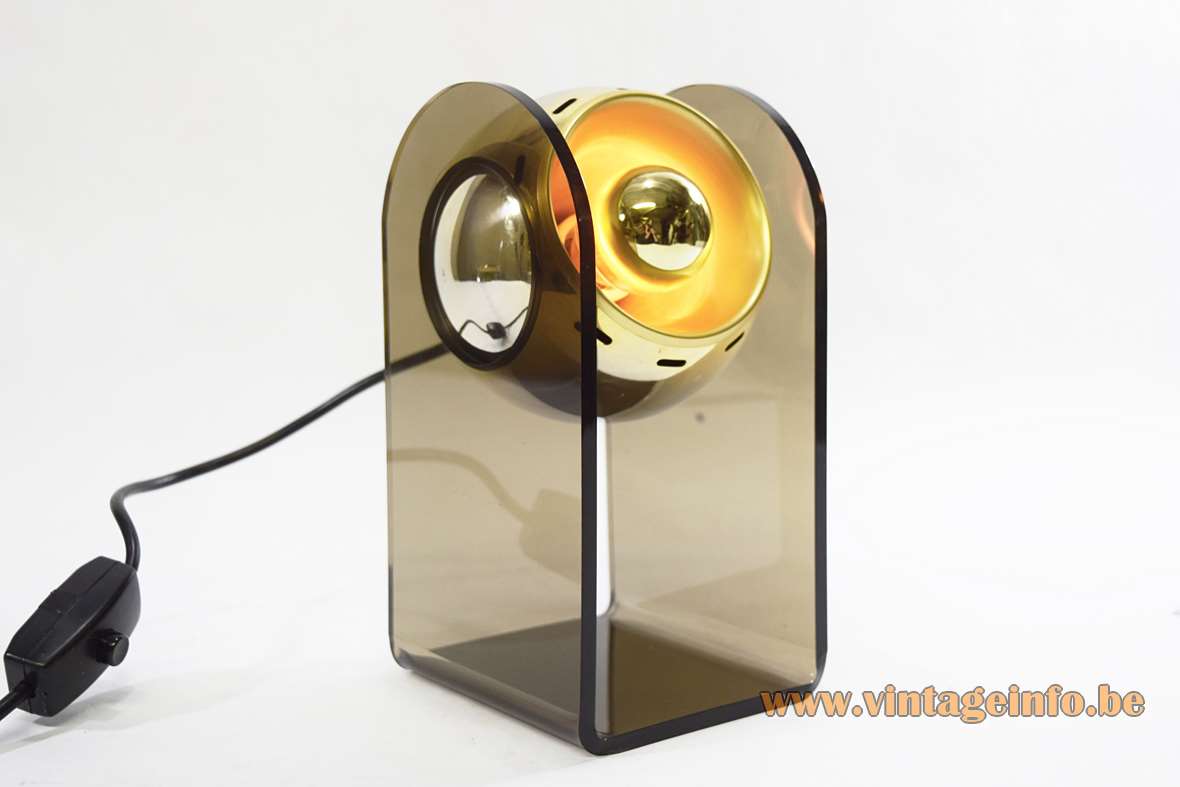 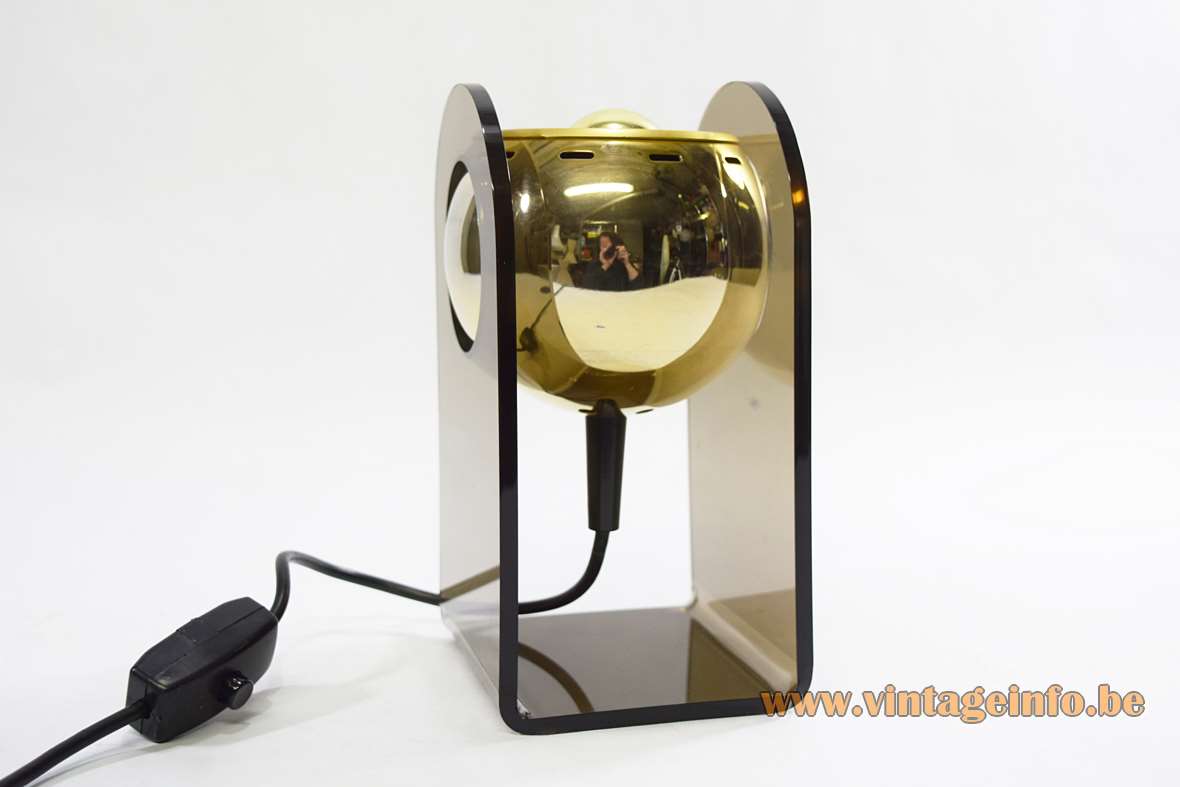 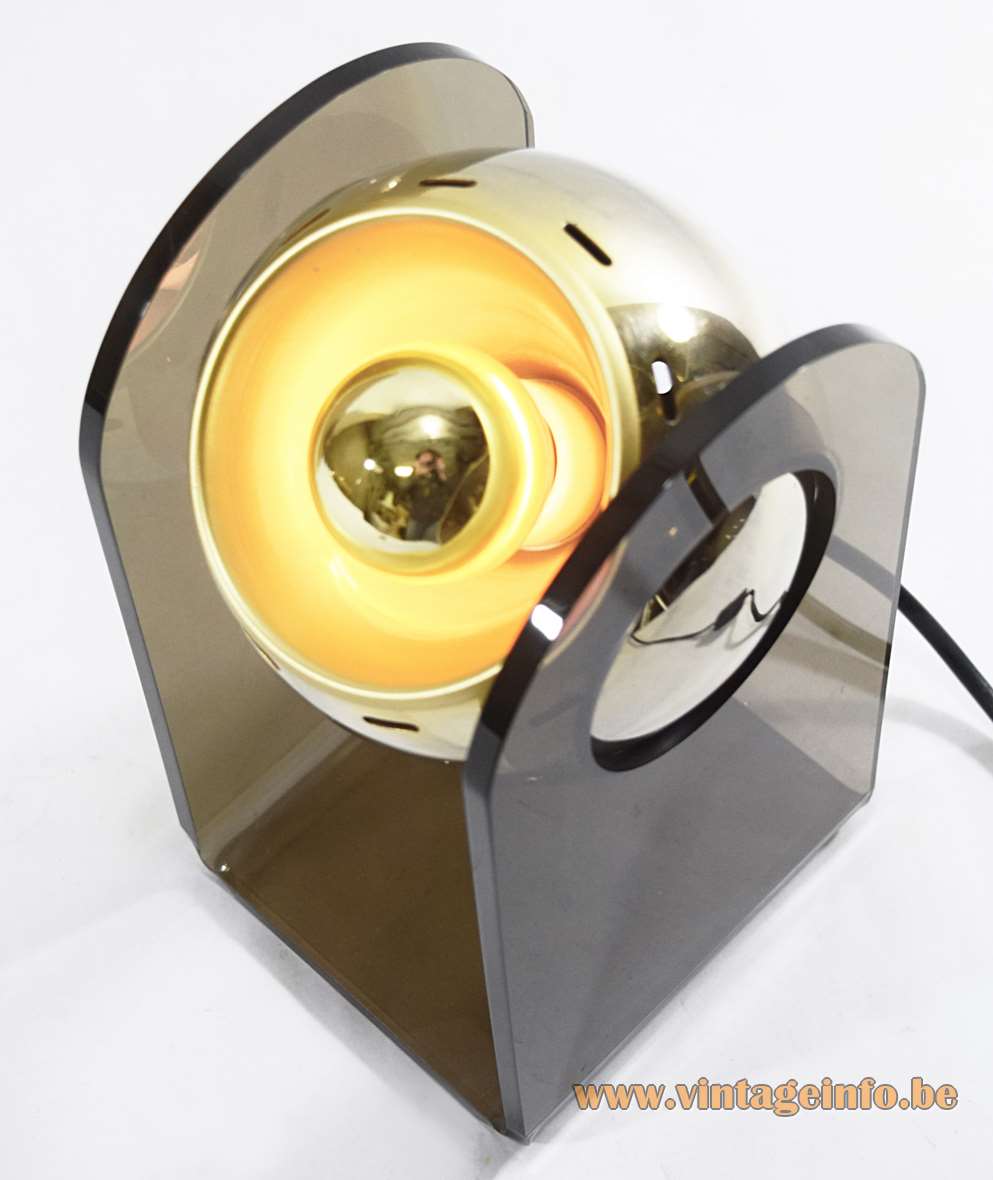 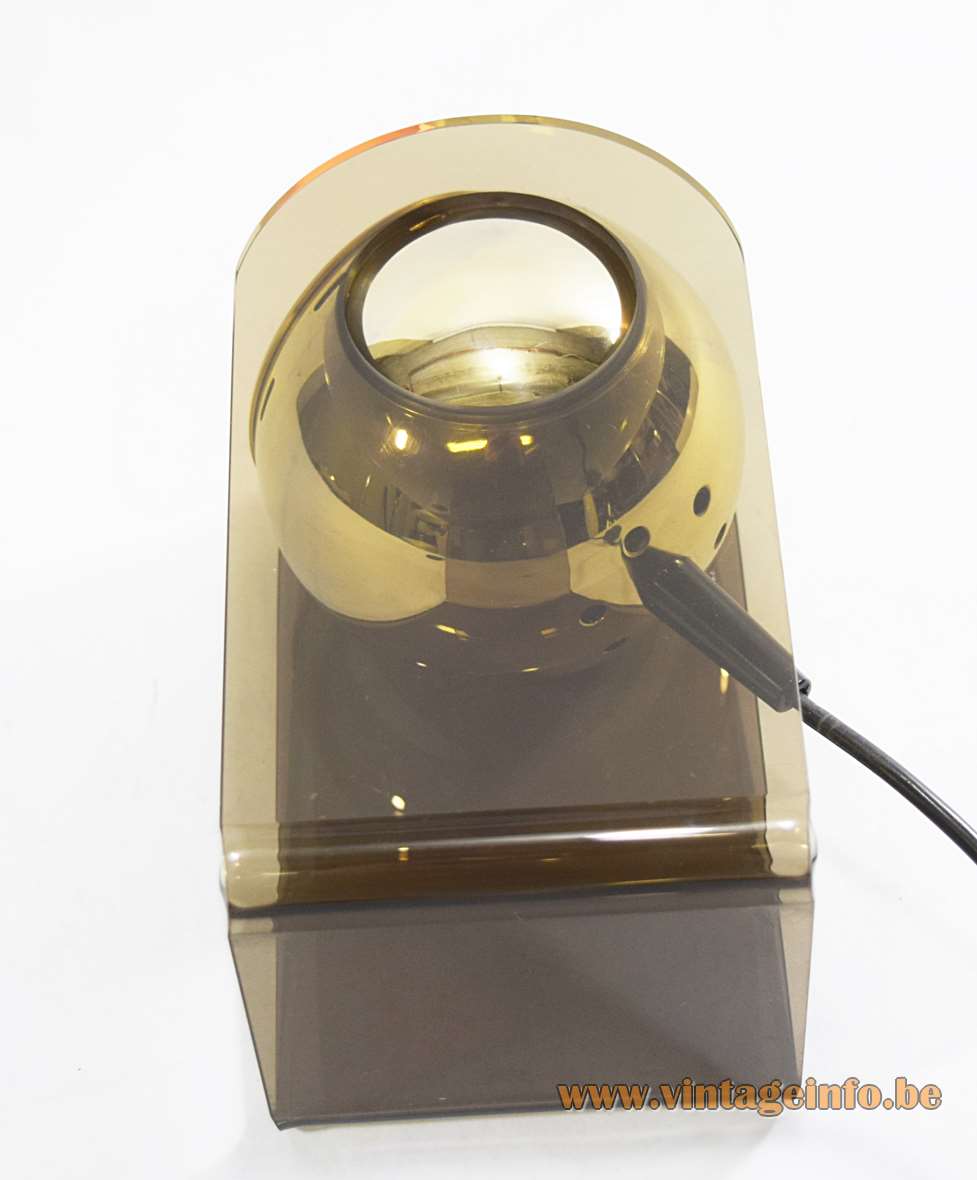 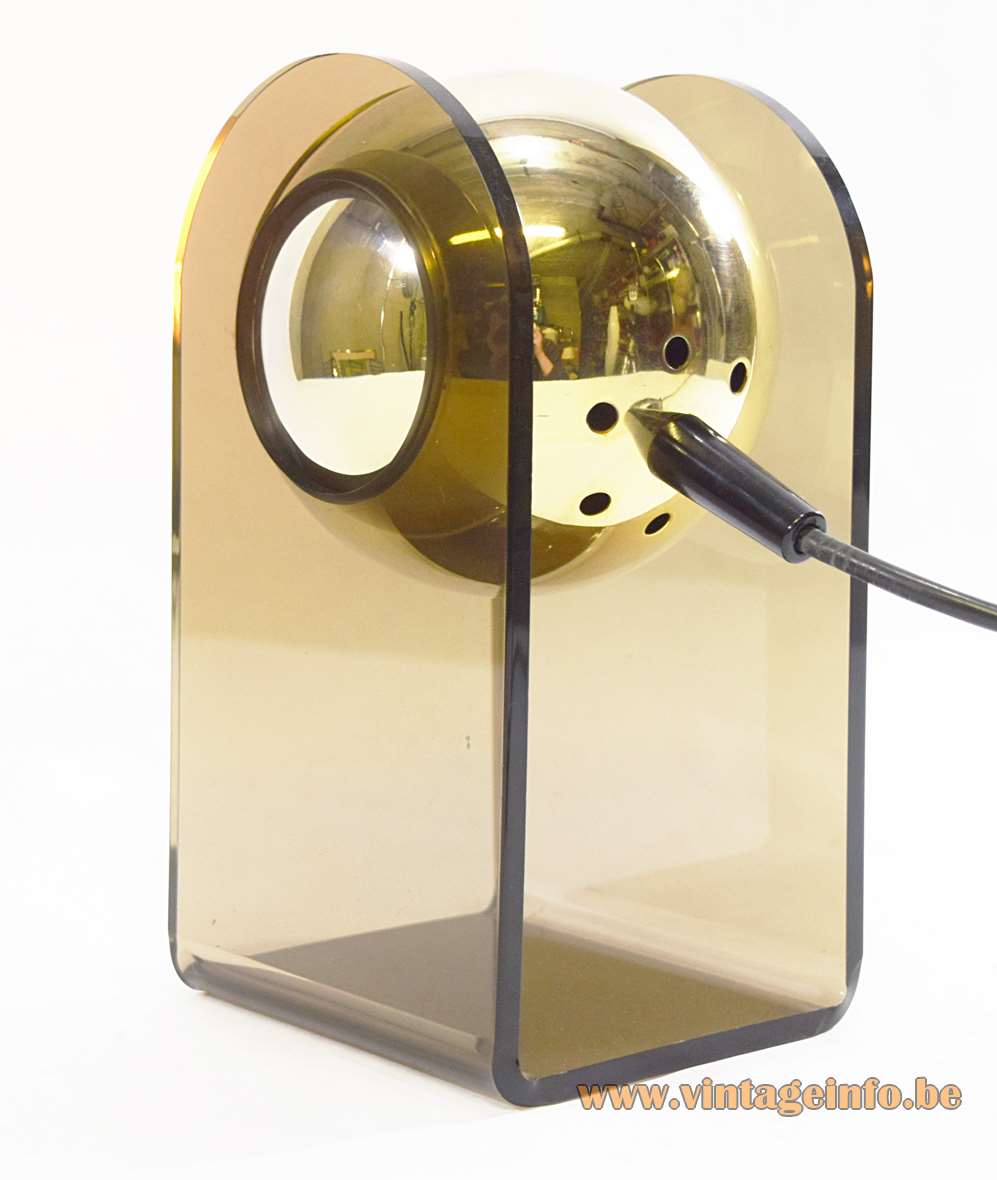 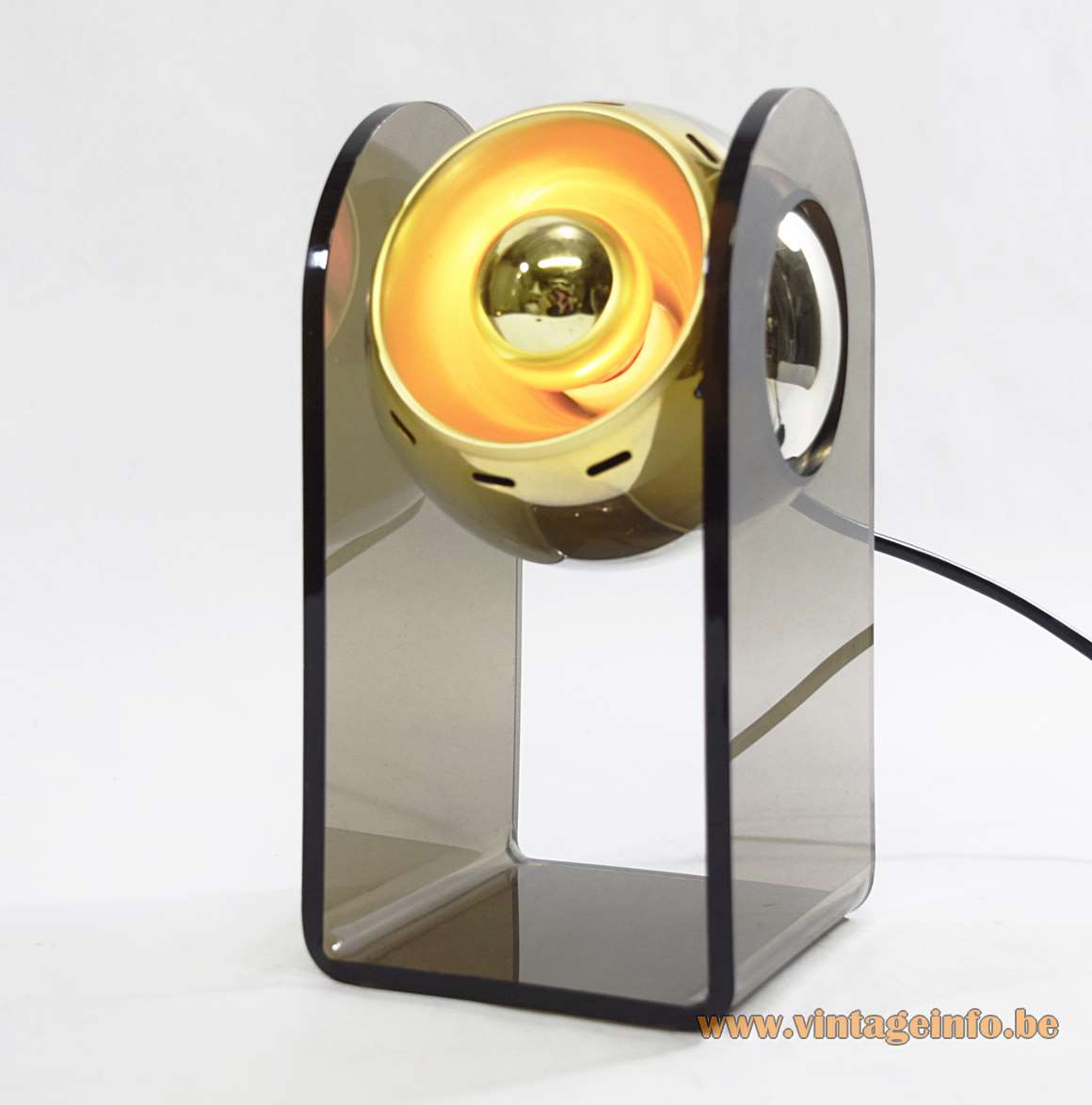 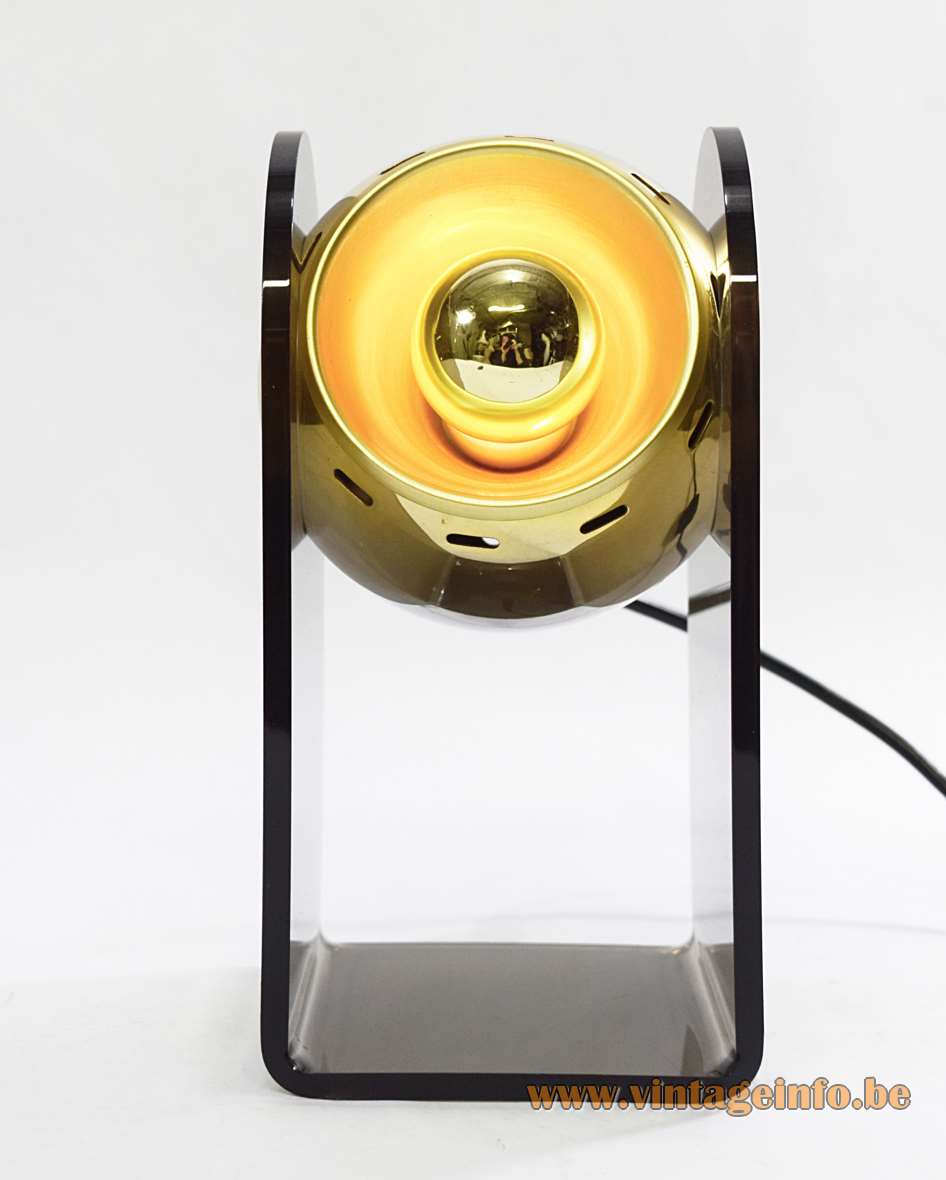 Books for sale at Bol.com

Gino Sarfatti: The Man Who Shaped the Modern Italian Architecture Movement  on the FLOS USA website

Chrome version of this table lamp

First of all: this lamp is NOT a lamp by Gino Sarfatti, although everyone says it.

Electricity: 1 bulb E14, 1 x 60 watt maximum, 110/220 volt.
Any type of light bulb can be used. But a gold cupped light bulb gives the most beautiful result with this gold coloured table lamp.

Other versions: This “Gino Sarfatti model 540 table lamp” was copied in several sizes and colours. It is also produced as a big floor lamp. Even chandeliers exists. Many different variations in the design. Today’s copies are all made in China. Sometimes the acrylic is made to thin; the globe falls down after a while. Beware when you buy one!

This table lamp was produced in the 70s, 80s, to see on its wiring.

A touch version (switch by touch) was also produced by Insta GmbH for a long time. Exactly the same table lamp. The company was founded in 1970 by Berker, Gira + Jung. In all probability this lamp was also produced by them. It was named Sensorette. Several versions were produced.

Gino Sarfatti was born in Venice, Italy in 1912 and studied aero naval engineering at the University of Genoa. He founded his company Arteluce in 1935 and sold it to FLOS in 1973. 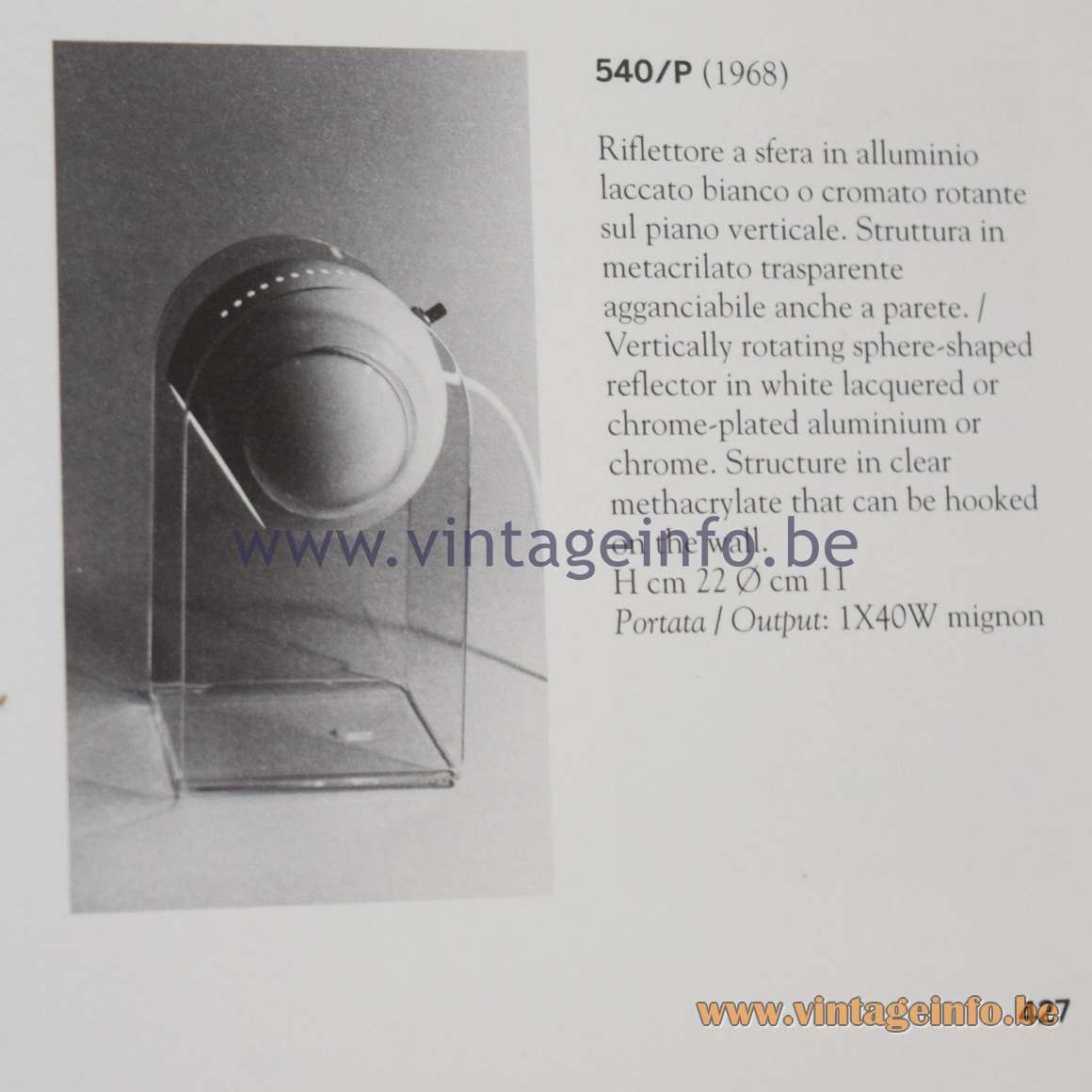 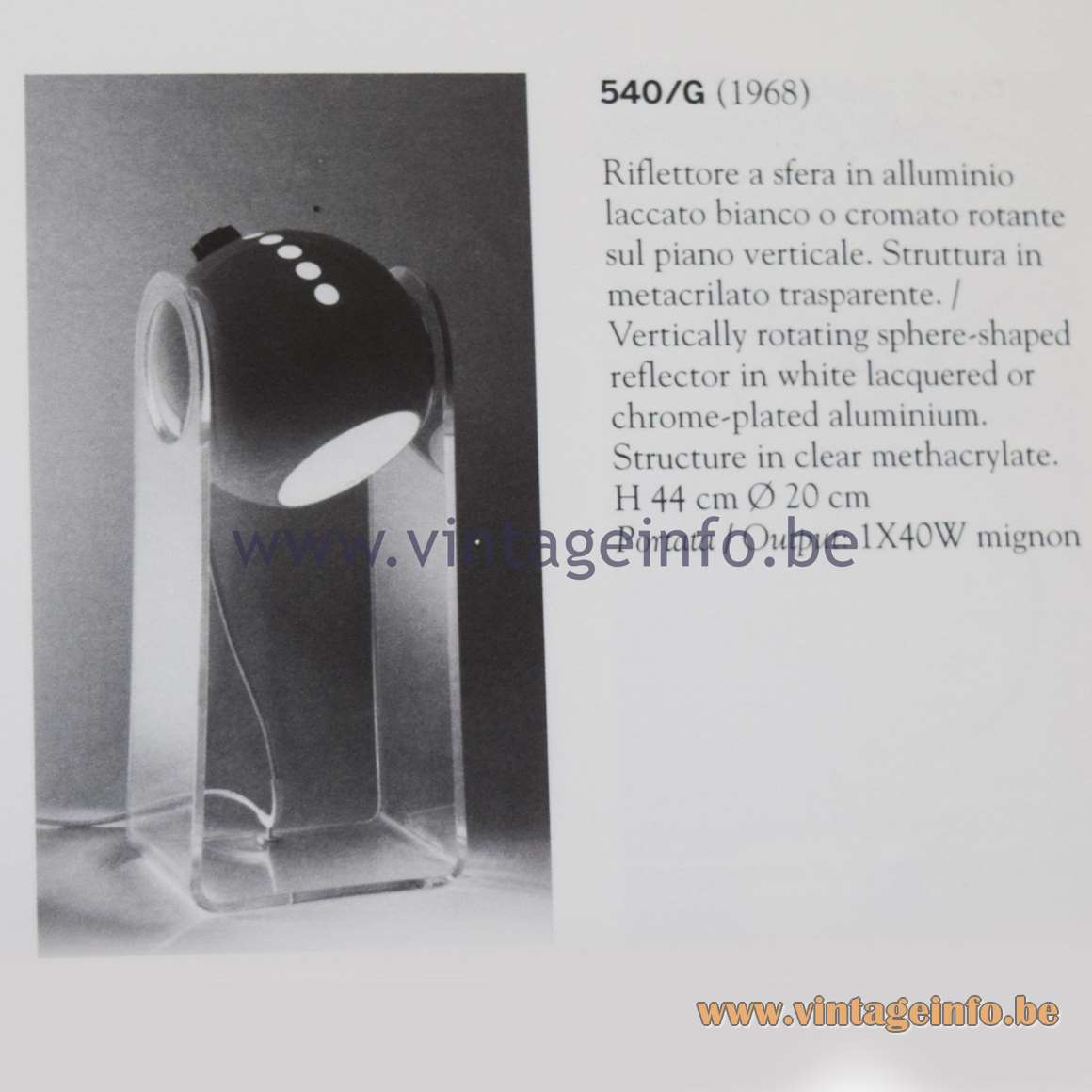