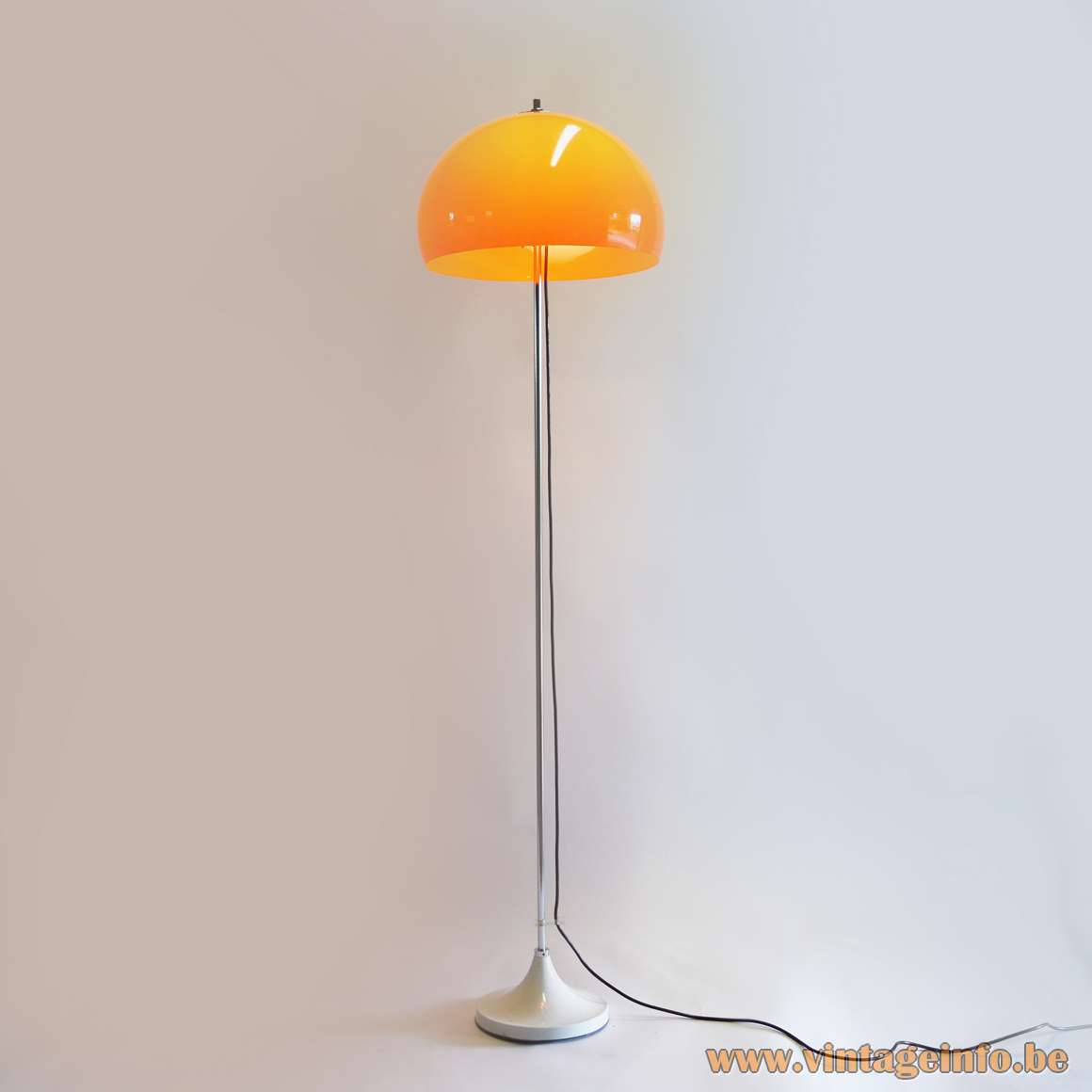 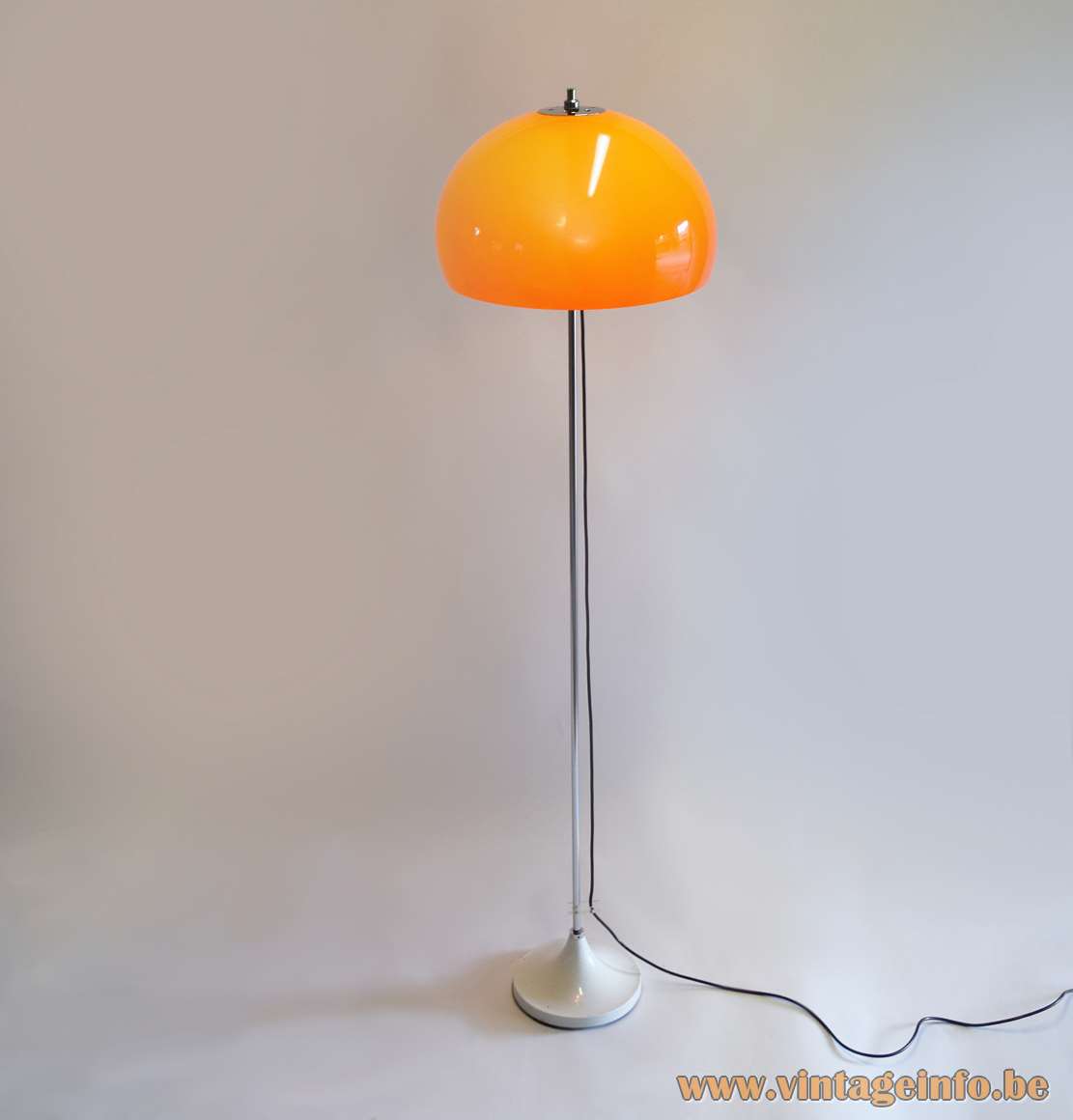 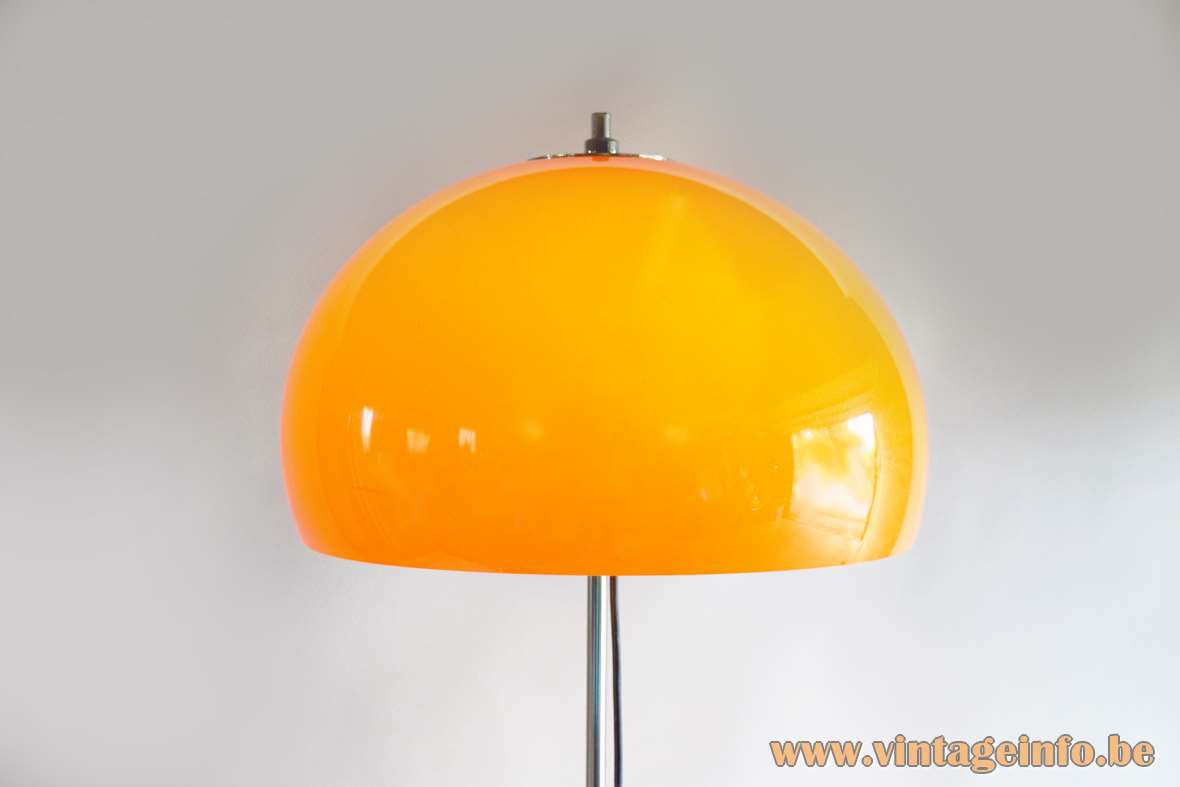 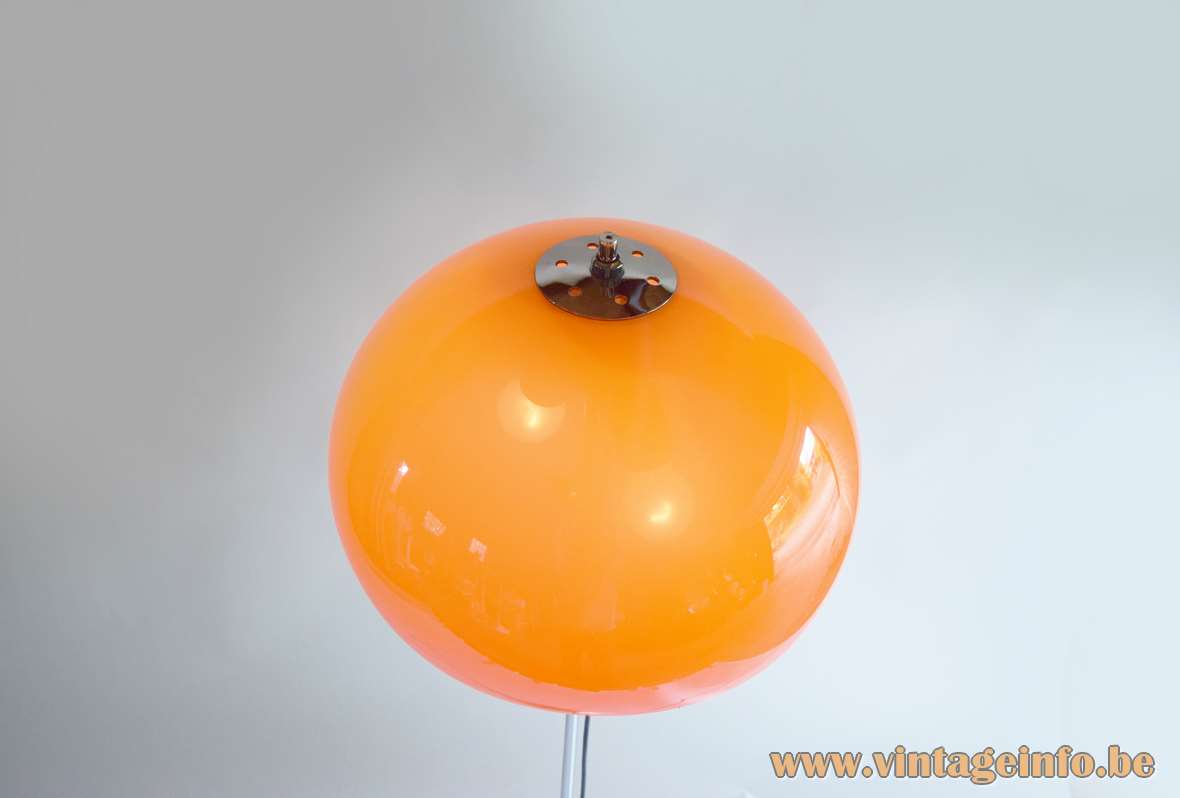 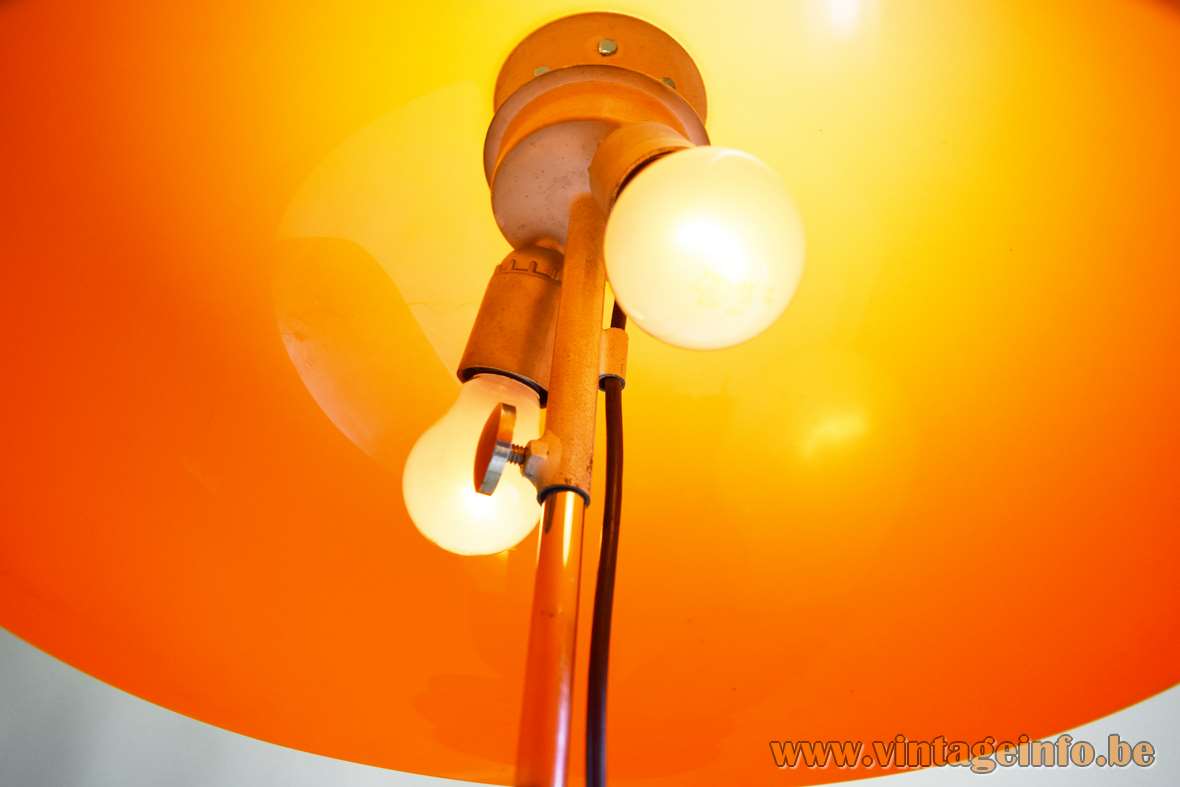 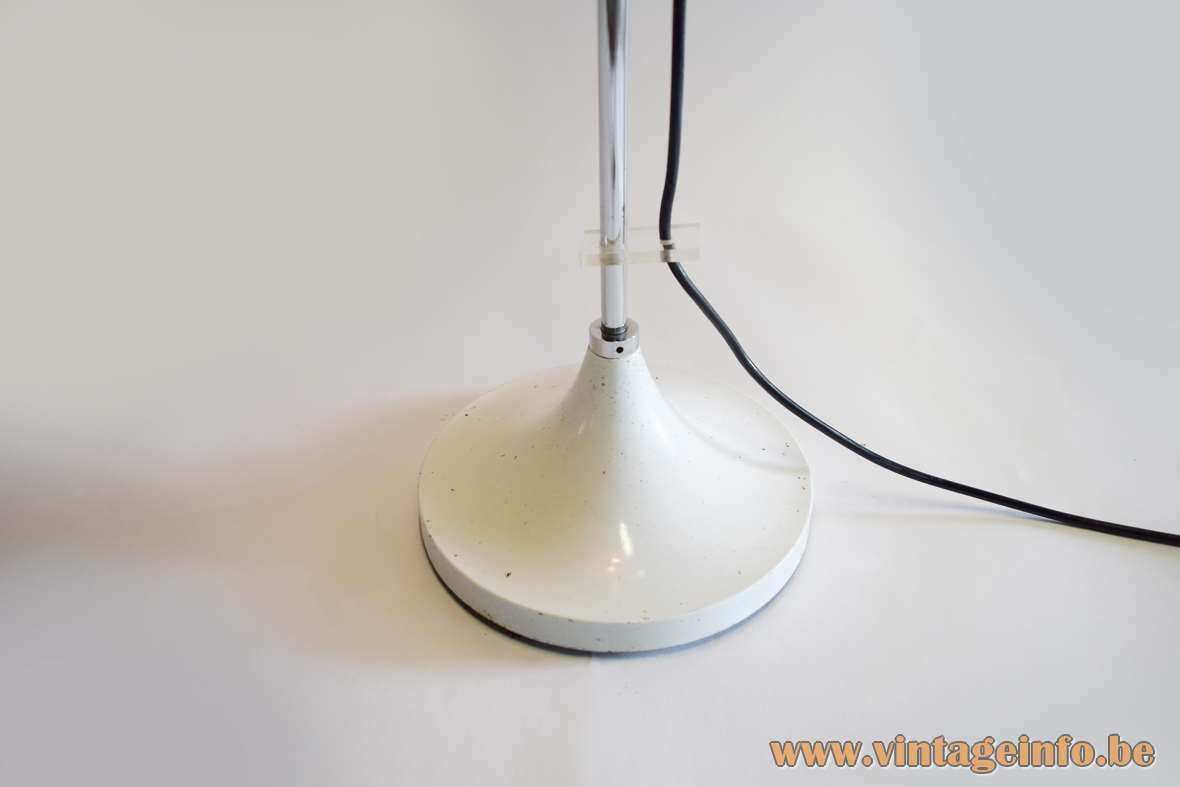 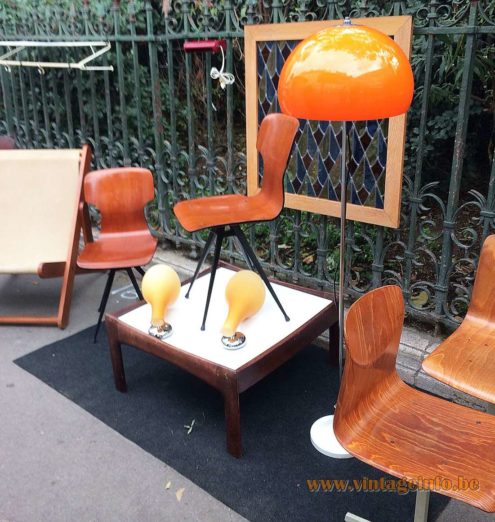 Many thanks to Anke and Eric for the beautiful pictures and enthusiasm.

Other versions: This Gepo mushroom floor lamp exists with a white lampshade. Also table lamps were made.

Special features: The lampshade is adjustable in height.

The brothers started their business with +- 35 euro/dollar borrowed from their mother. In 1972 the company had a turnover of +- 1 million euro/dollar. It was always the intention of the company to produce affordable lamps for the middle class.

The Posthuma brothers not only wanted to democratise the light business, but they also wanted to provide every lamp with a dimmer. At that time dimmers were made with a resistor; they were expensive and often broke down. The plan has never been successful. Gepo ended business somewhere in the early 1980’s.

A Gepo mushroom floor lamp shows up in the Belgian magazine Nina in March 2020. The photo was taken in the house of journalist Anke Michiels who got this lamp from her grandmother. 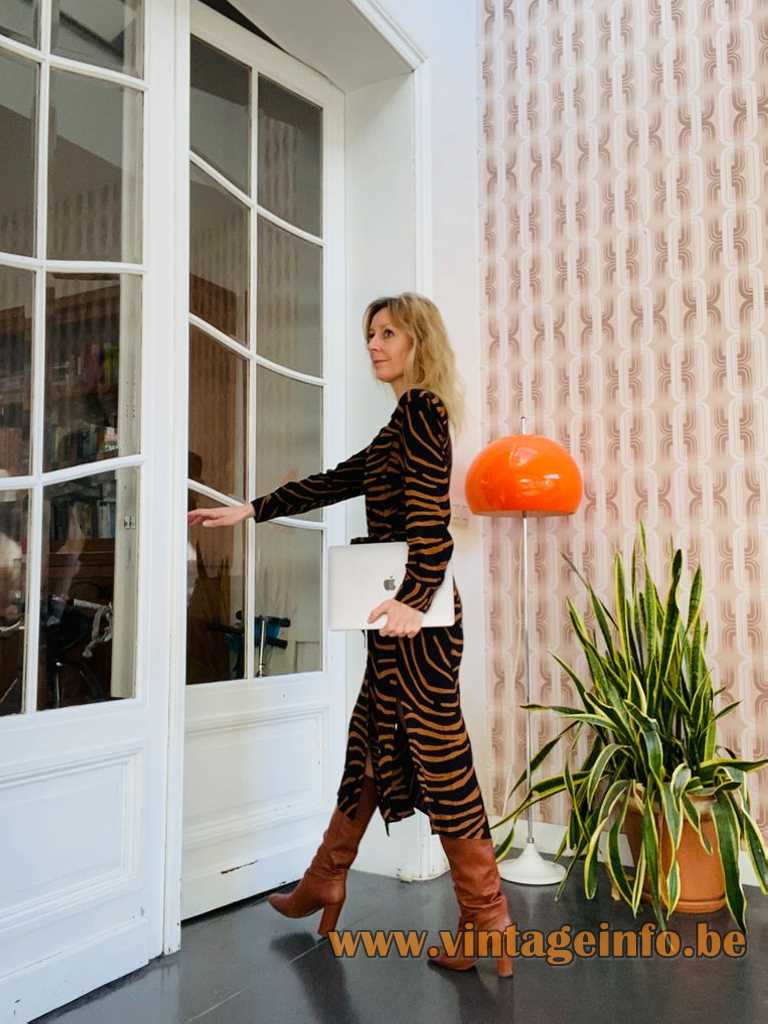