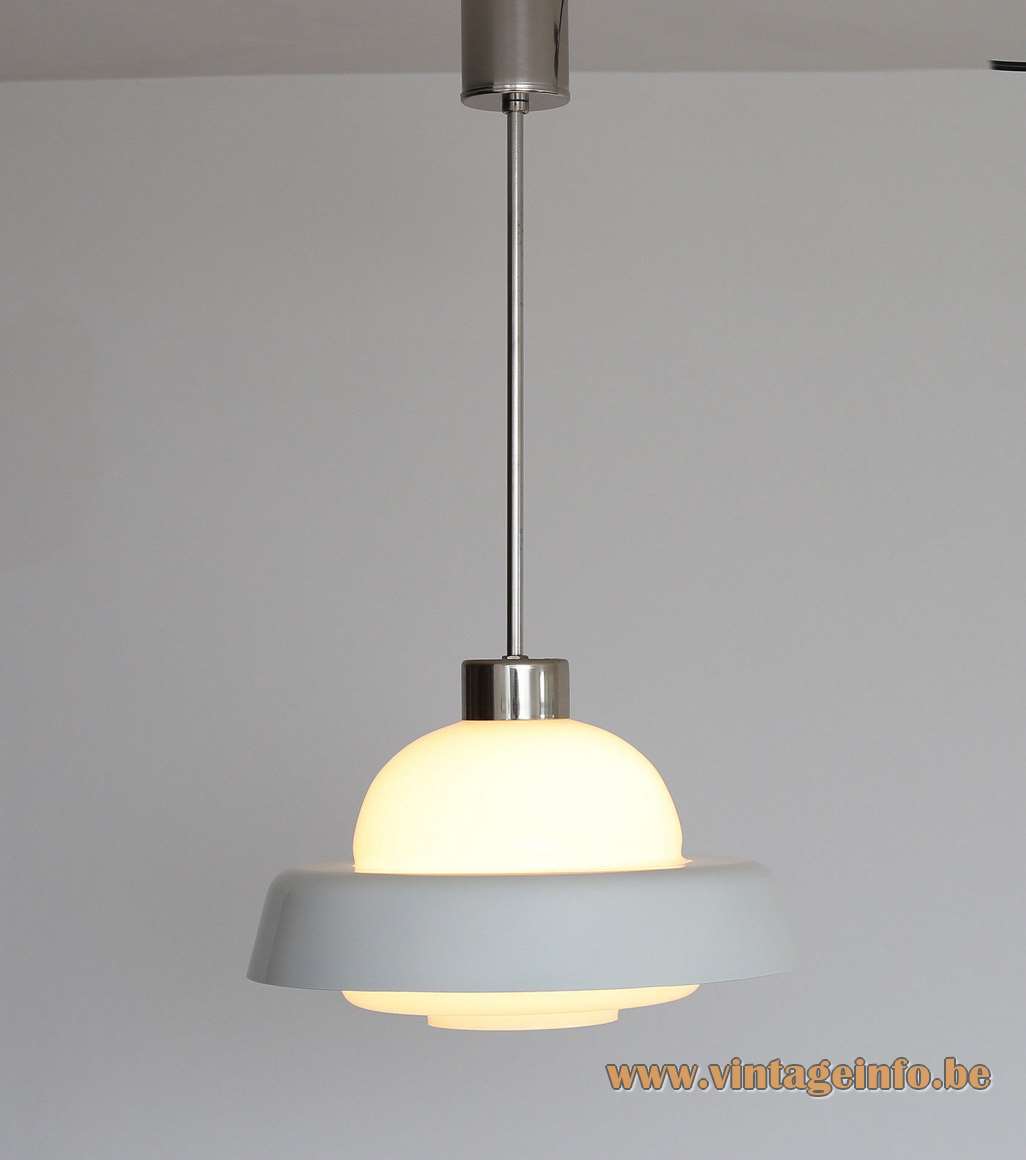 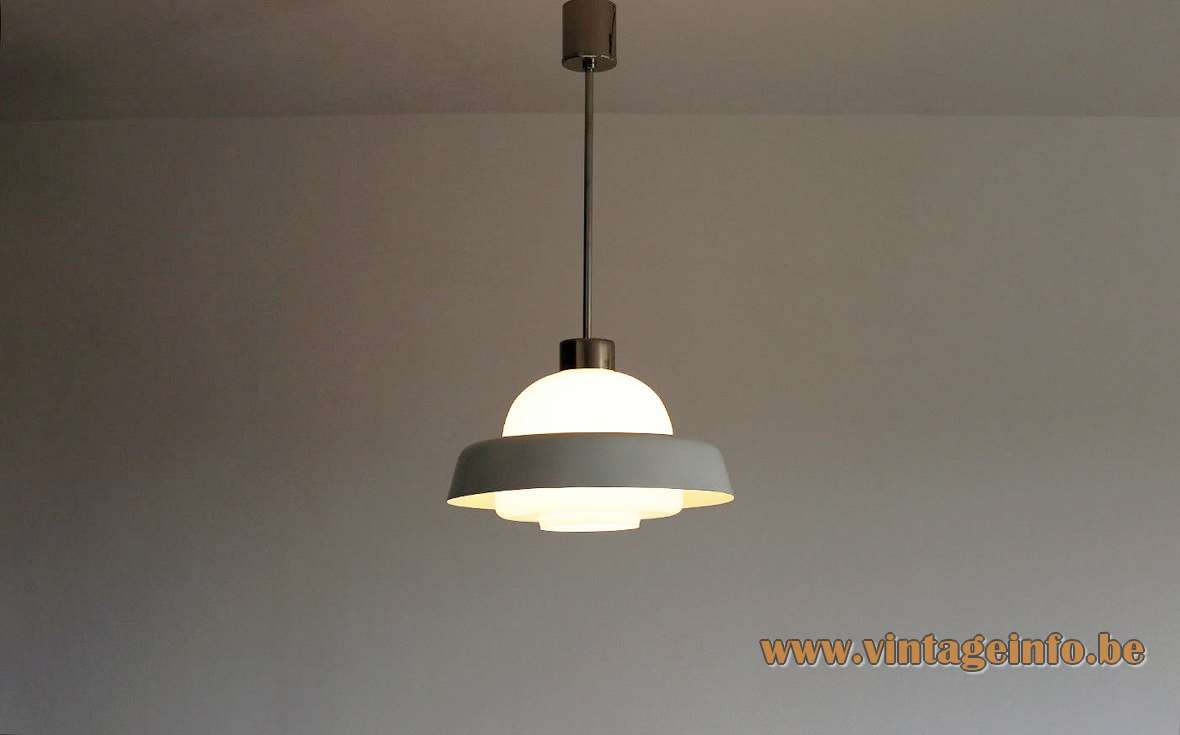 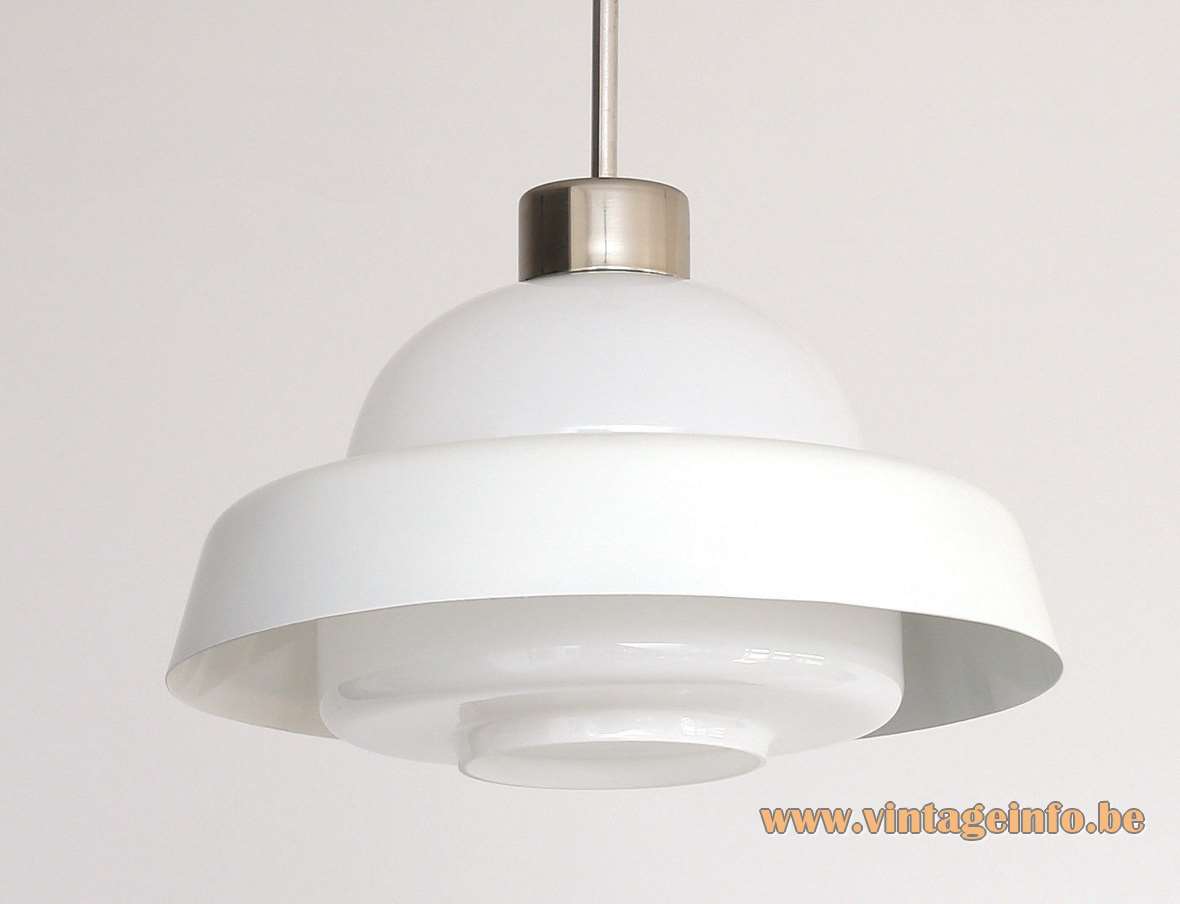 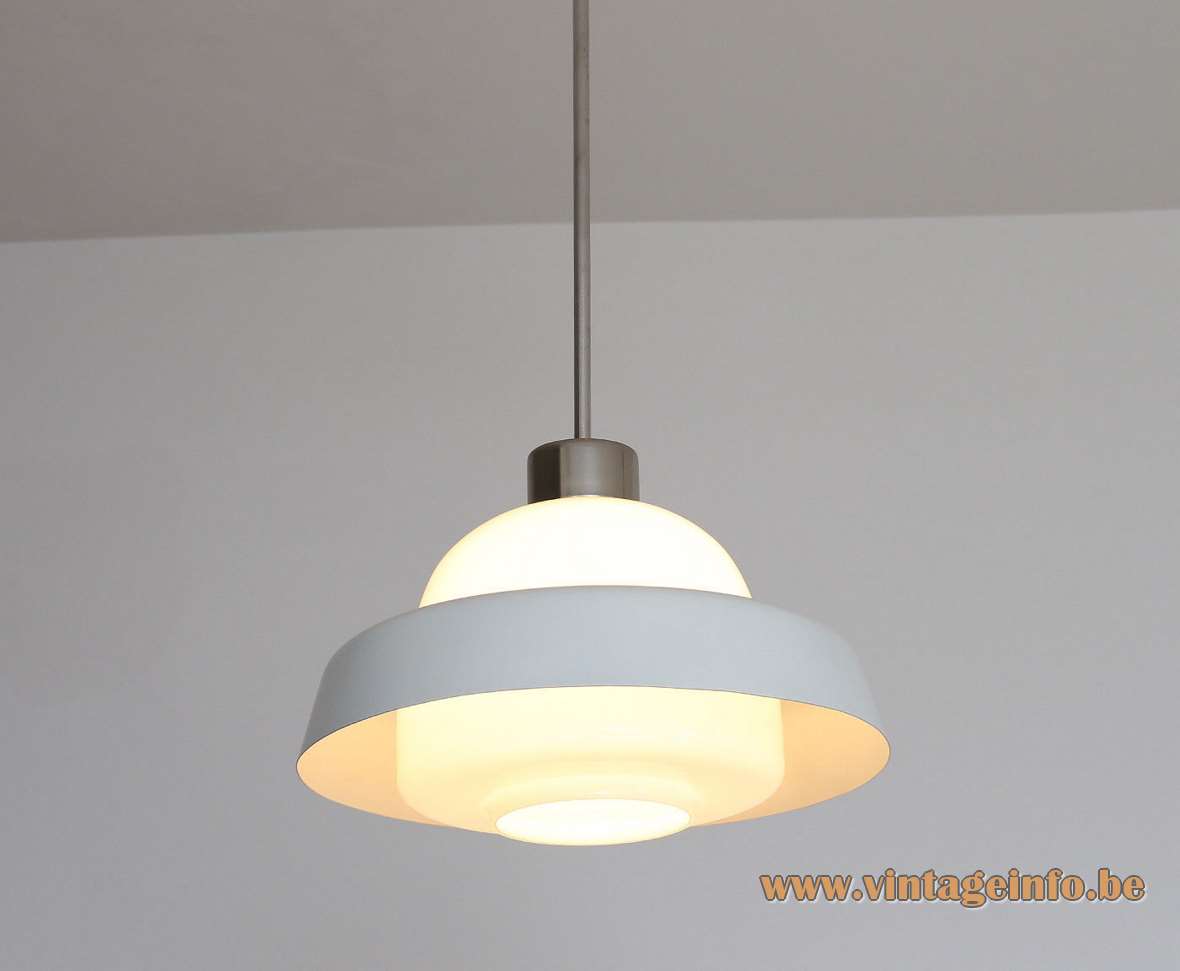 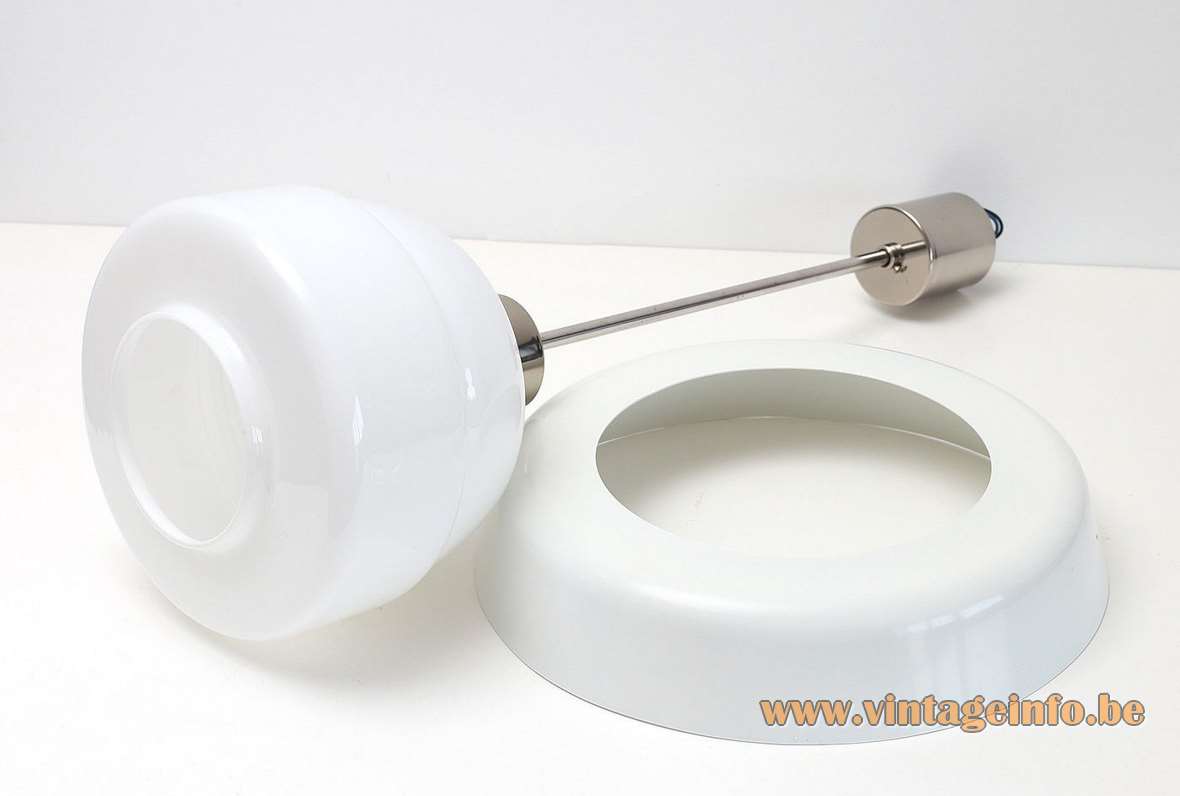 This pendant lamp was made in Kamenický Šenov in the north of the Czech Republic near the Austrian border, the so called Crystal Valley. Until 1918, the city was part of the Austrian monarchy. The German name of the town is Steinschönau. It is a small town with some 4000 inhabitants (2018) and it has several glass and lighting companies and a glass school. Another well known lamp company is Jawich Lighting.