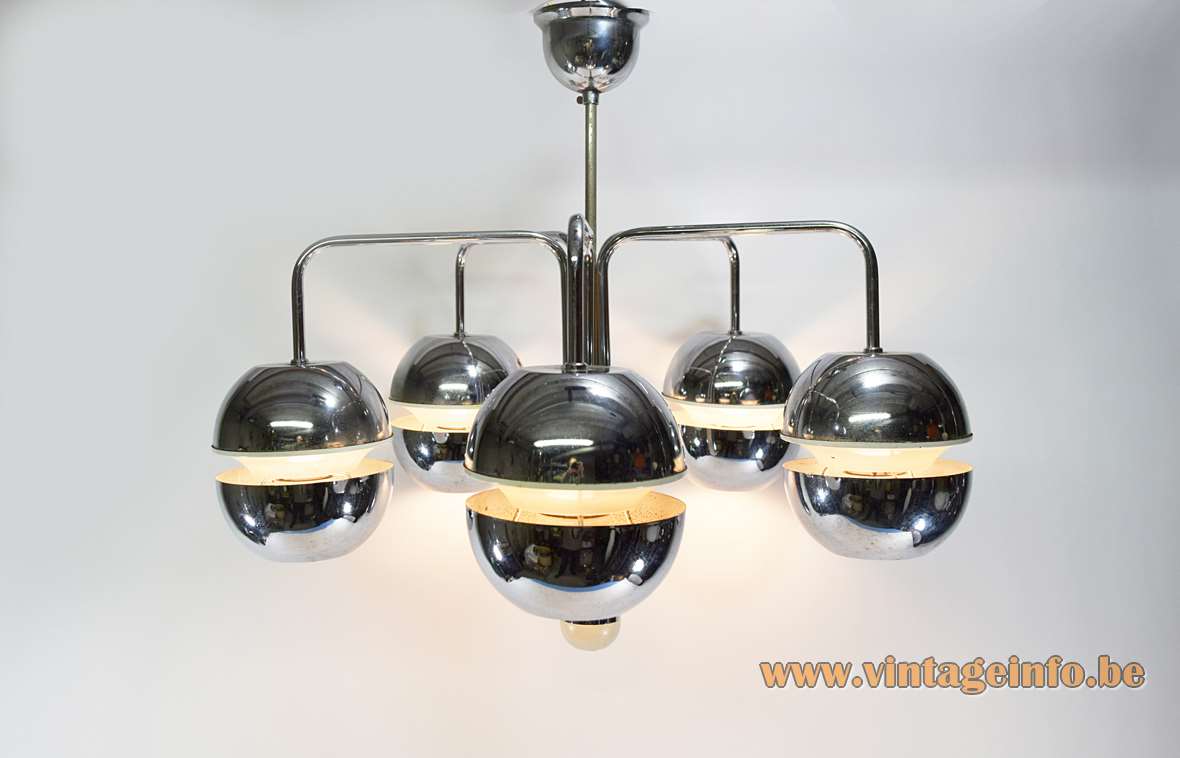 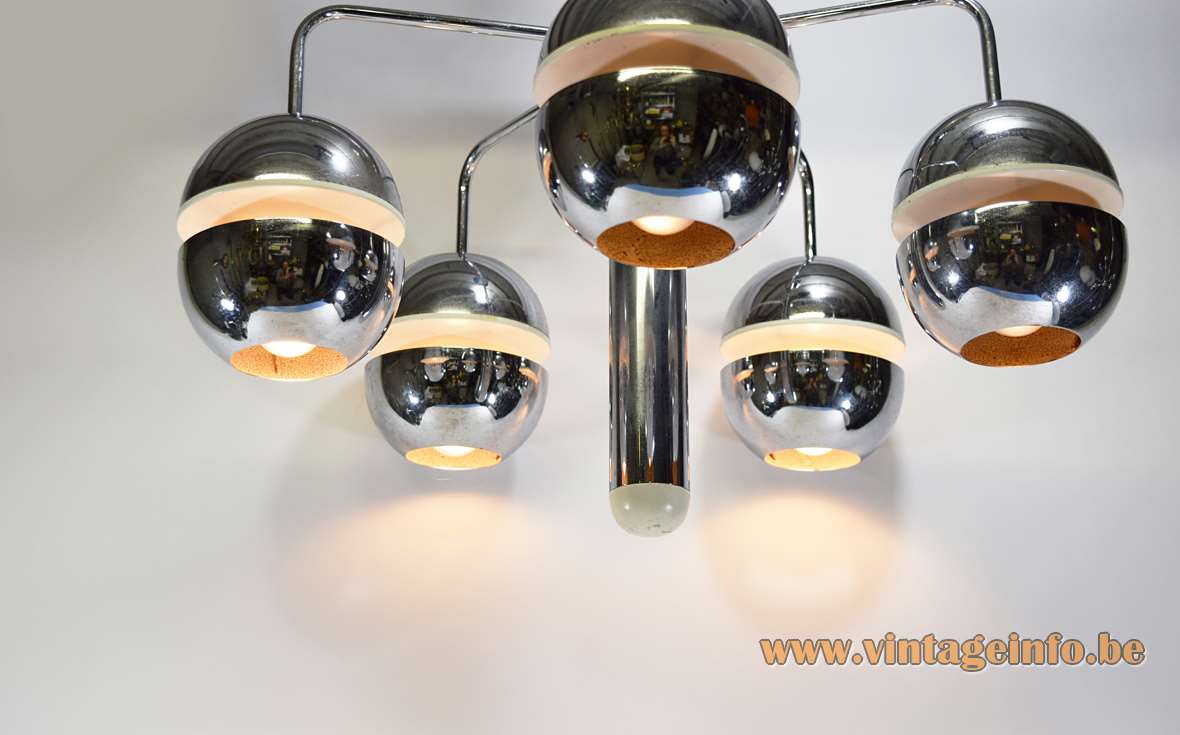 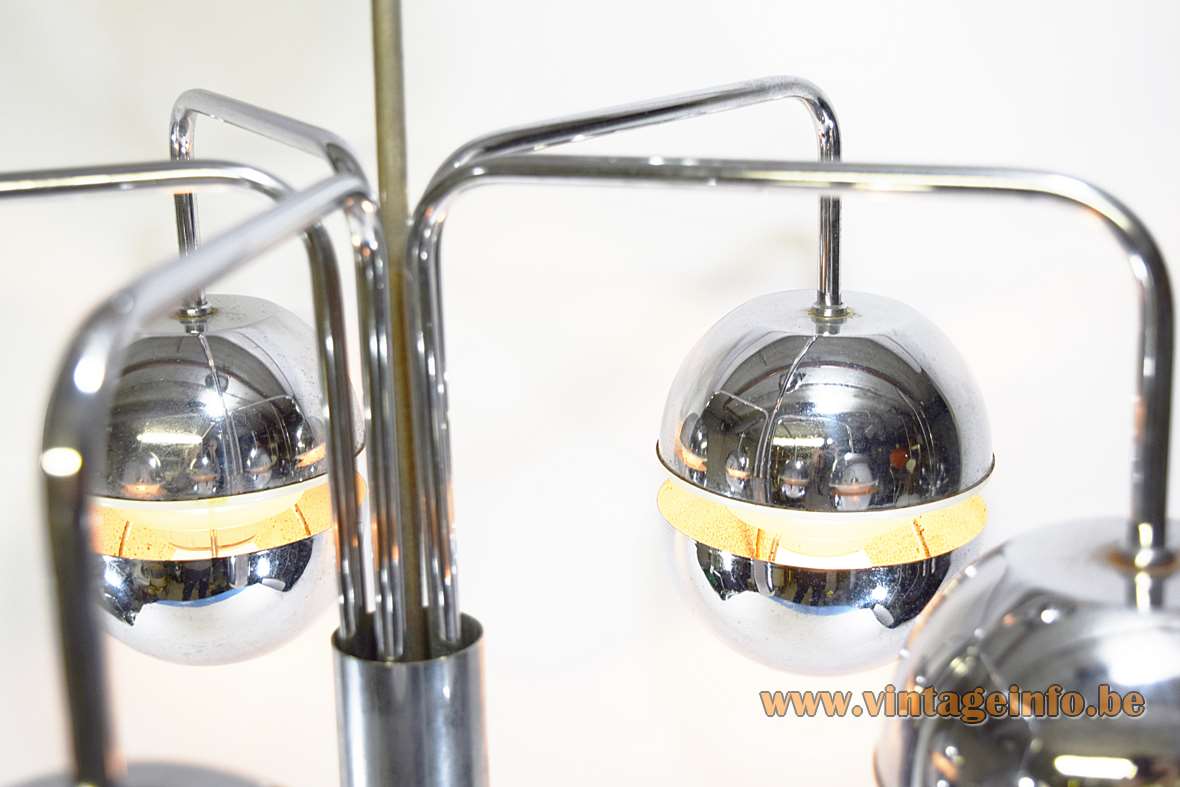 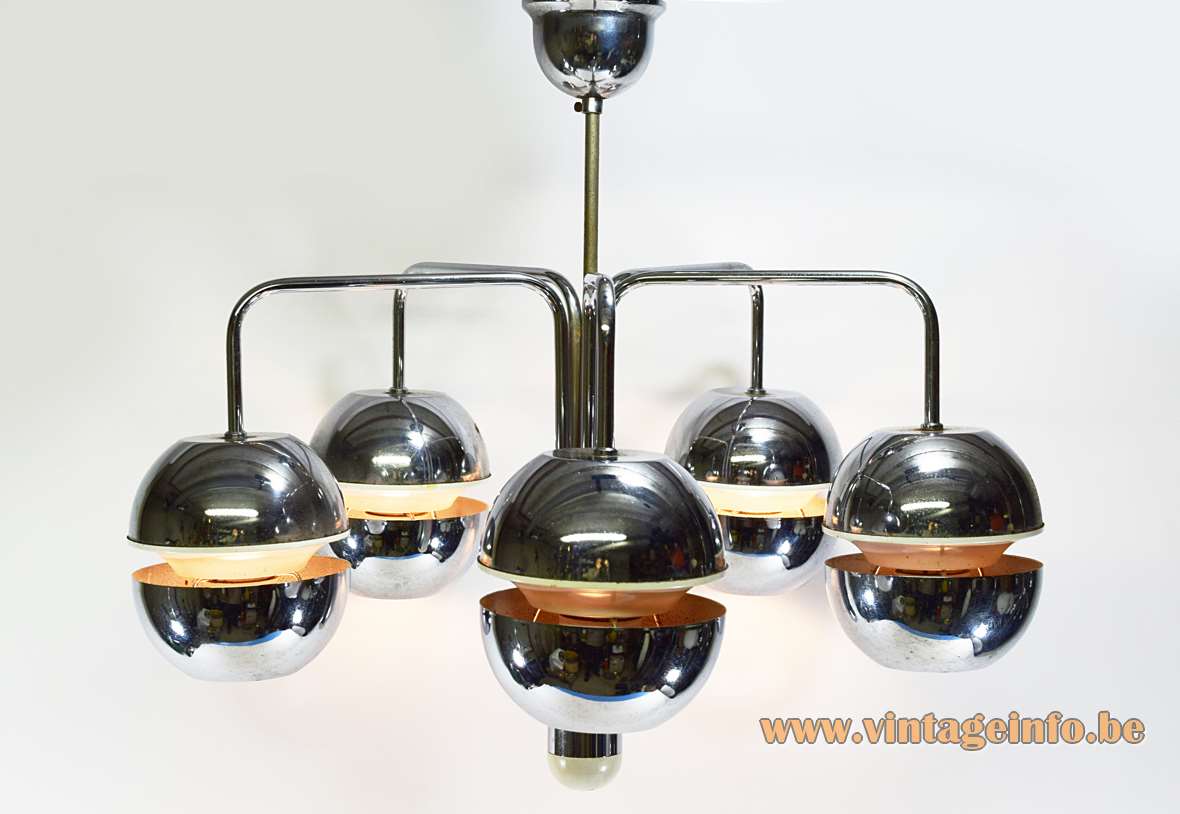 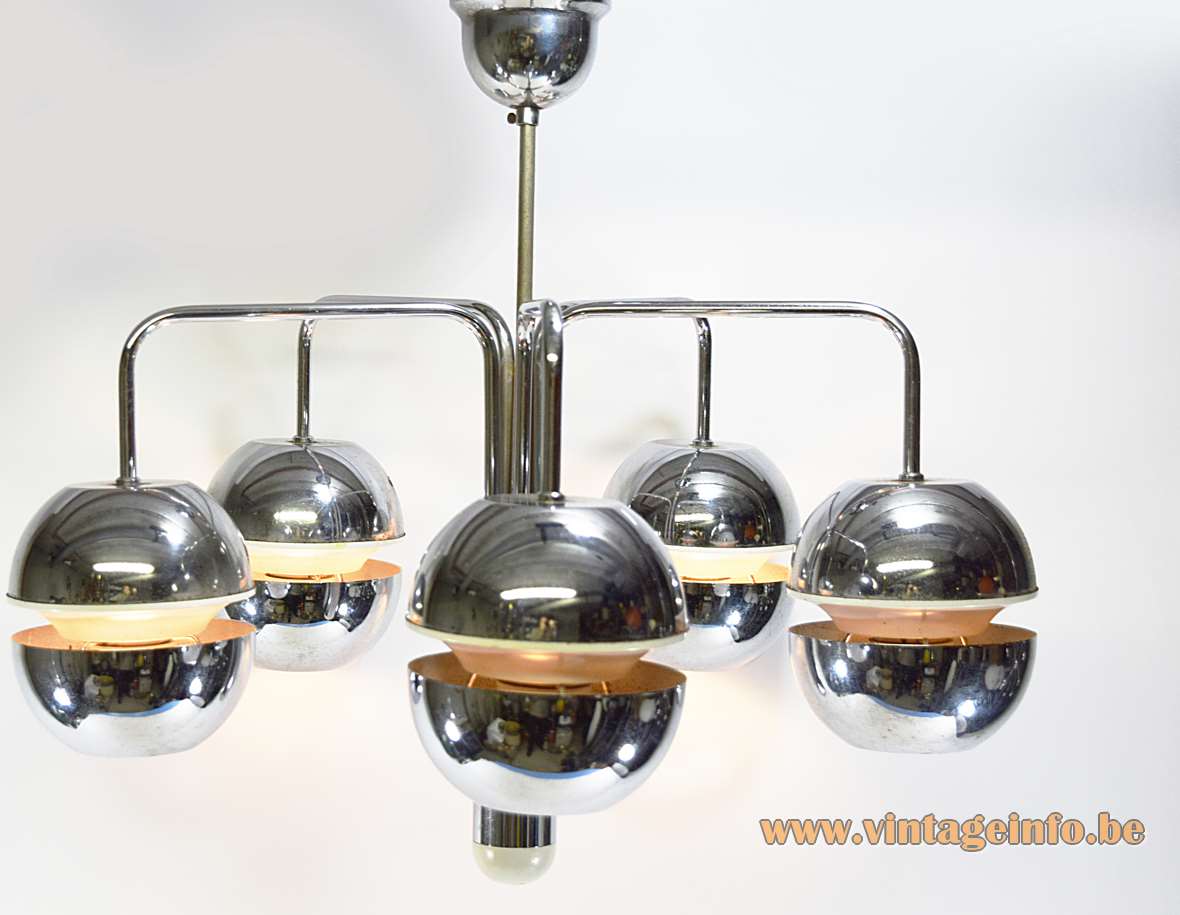 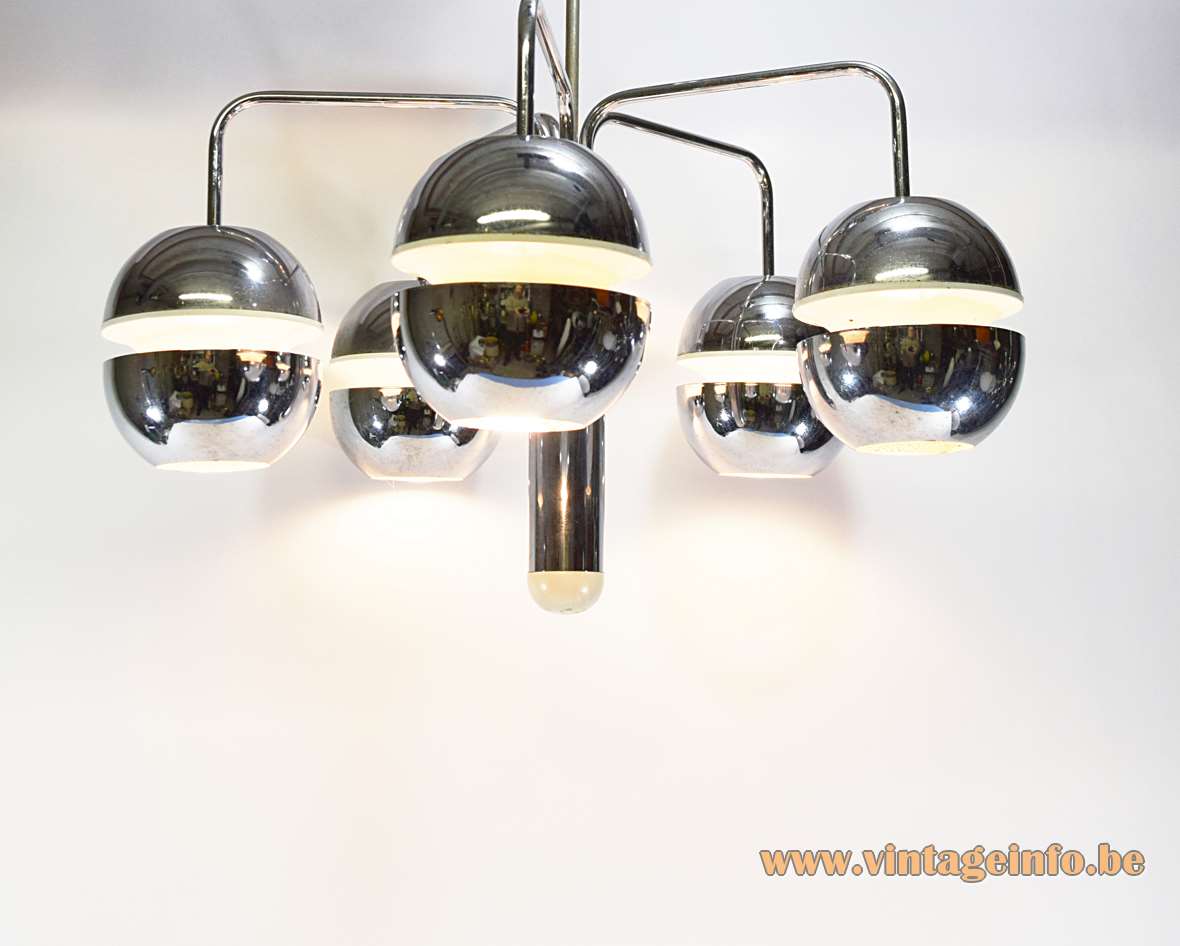 This lamp as a cascading chandelier

Single pendant lamp of this lamp

Other versions: This chrome globes chandelier exists in orange (instead of white parts). Made with 3, 5 or 8 globes. Also produced as a single pendant lamp and a cascading chandelier.

The most important and striking difference with the original lamps is that those of Klaus Hempel are round at the top. The lamps from Massive are flattened. You can find the real Hempel lamp over here.

This chandelier is often sold as a chandelier from Raak, The Netherlands. It is not, of course. These lamps are not described in any catalogue of the Raak company.

Often sold as a lamp made by Kaiser Leuchten but it only is very similar with the original one. Klaus Hempel designed the table and wall lamp in 1972. Also a cascading chandelier was made. Gebr. Kaiser & Co. Leuchten KG received an If Design Award for this lamp: discipline product. (link on the left of this page) Klaus Hempel designed several lamps for Hustadt-Leuchten and Kaiser Leuchten. 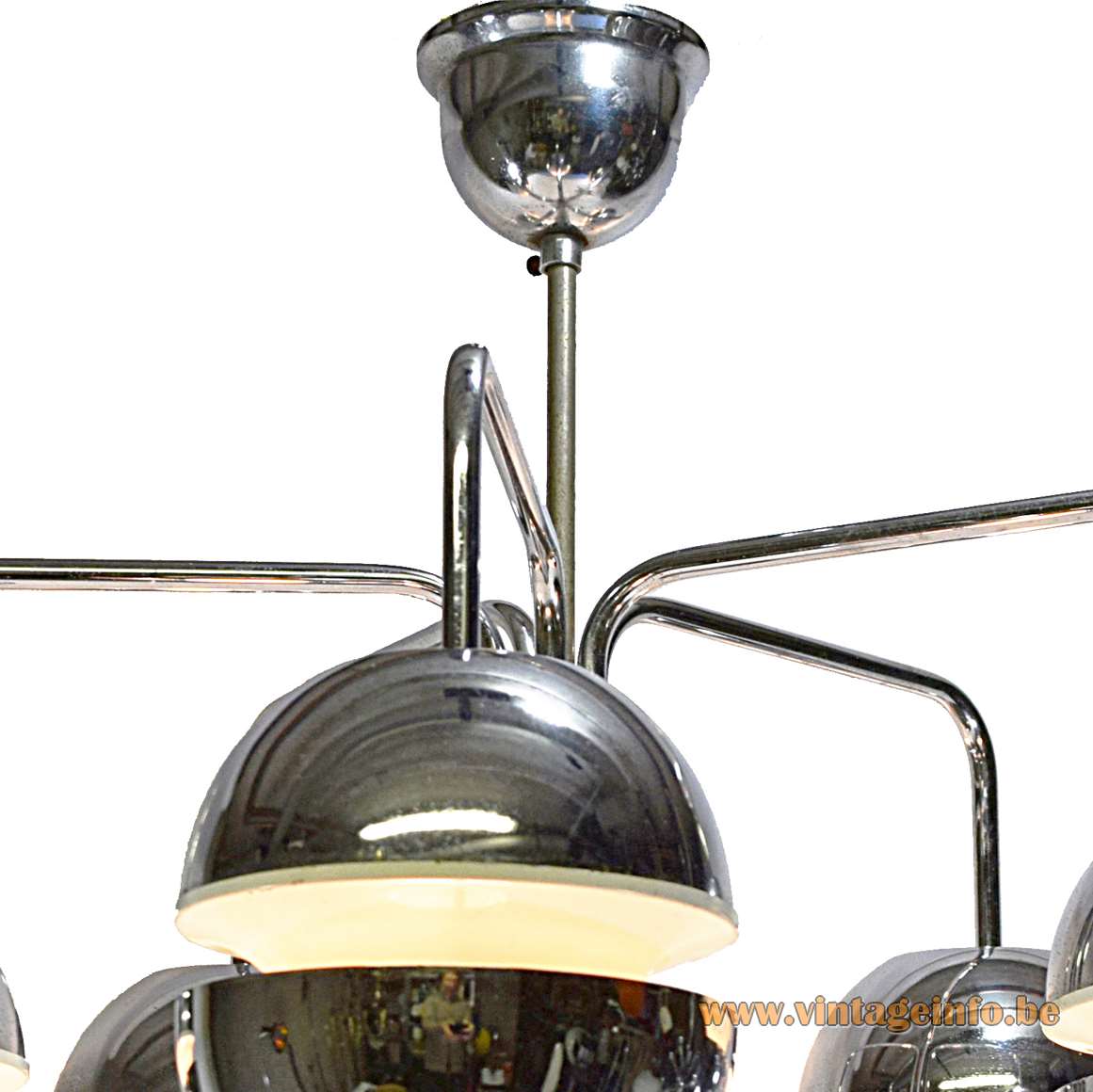 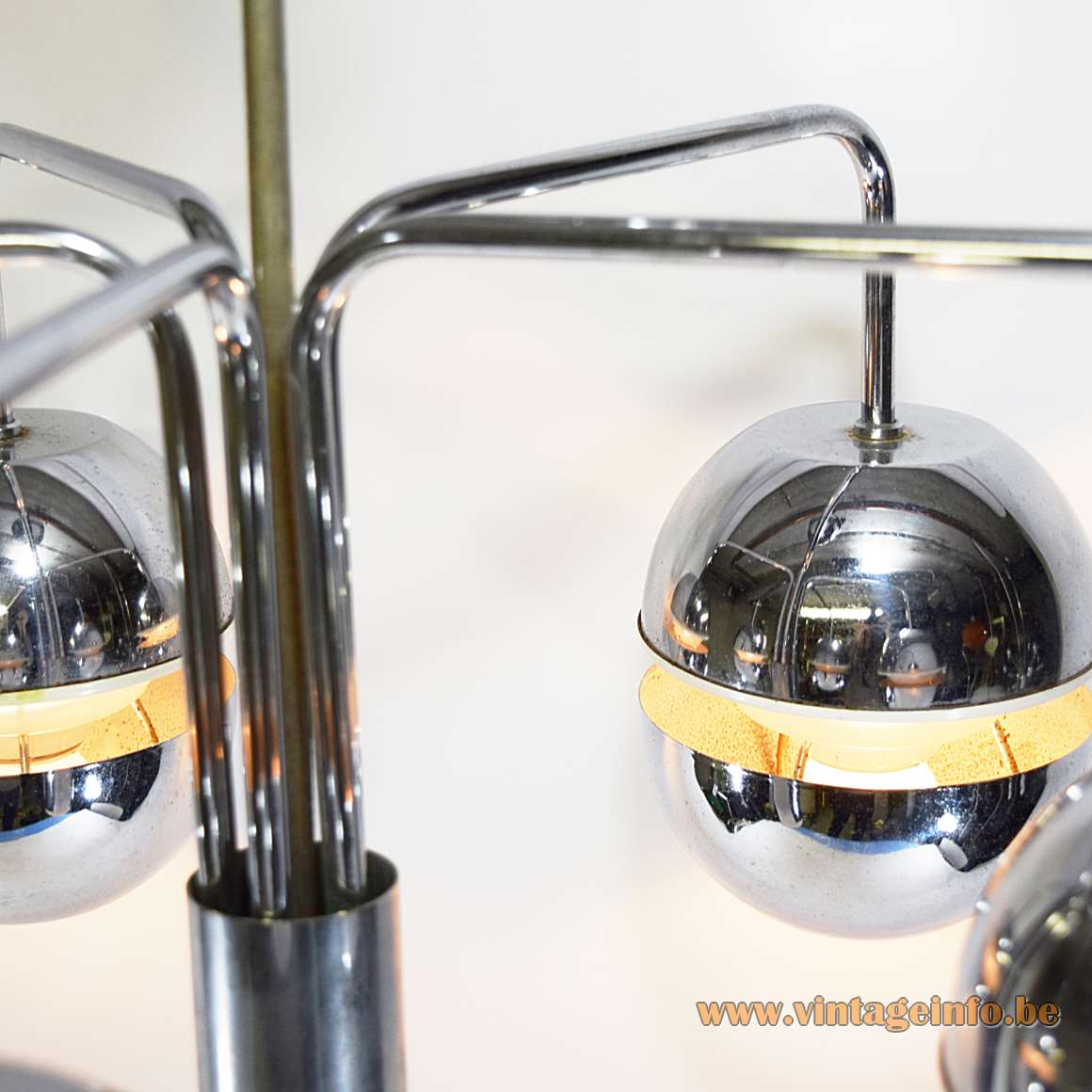 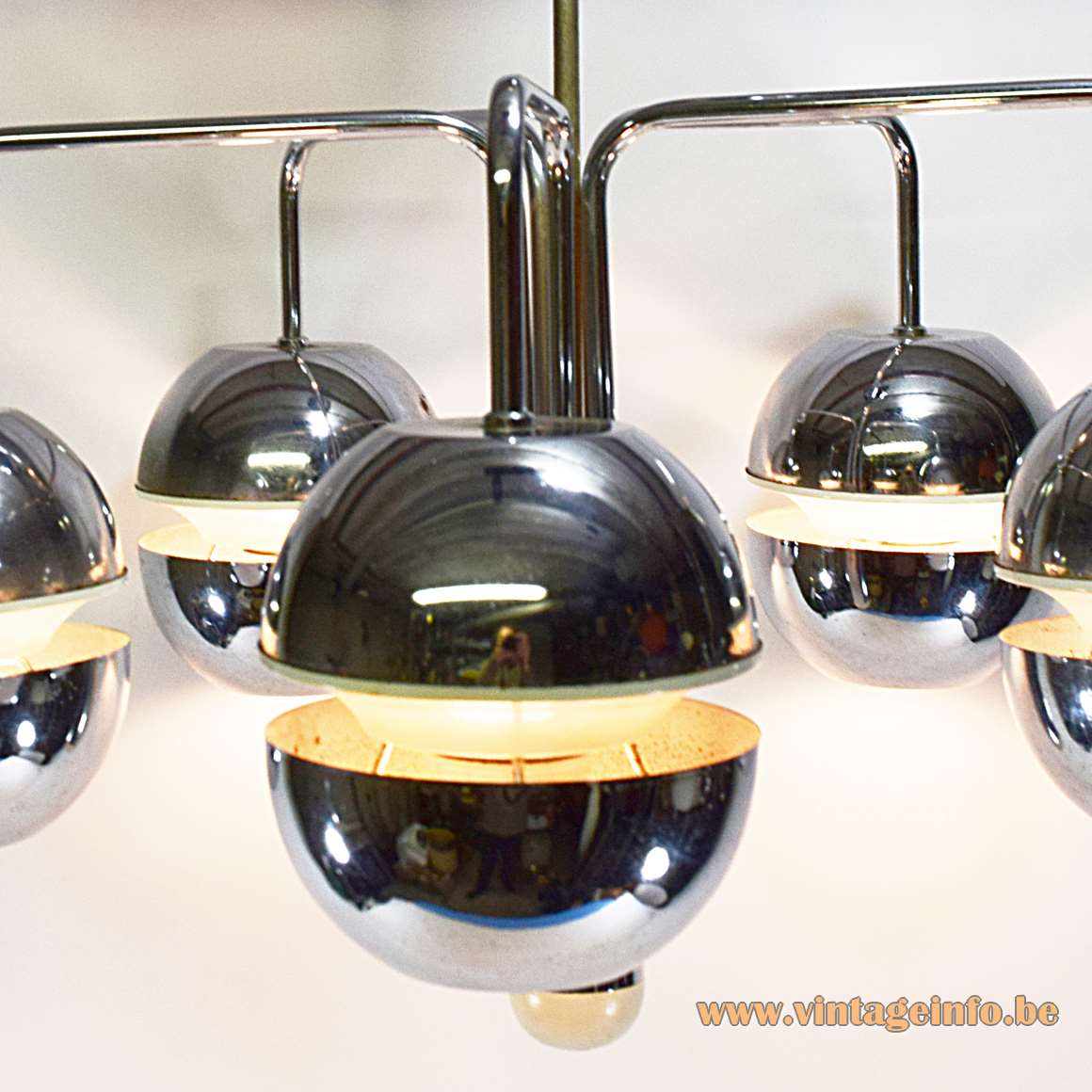 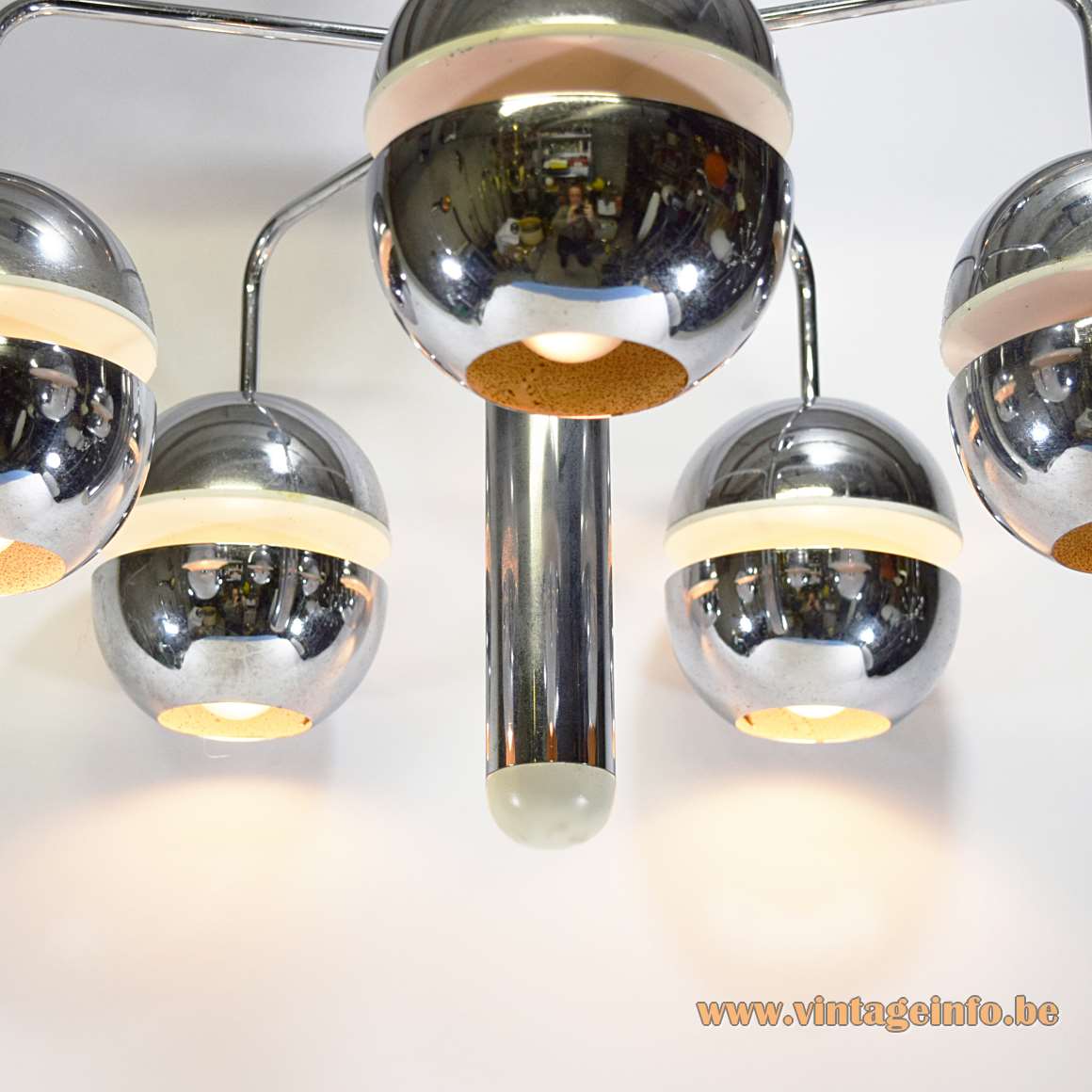