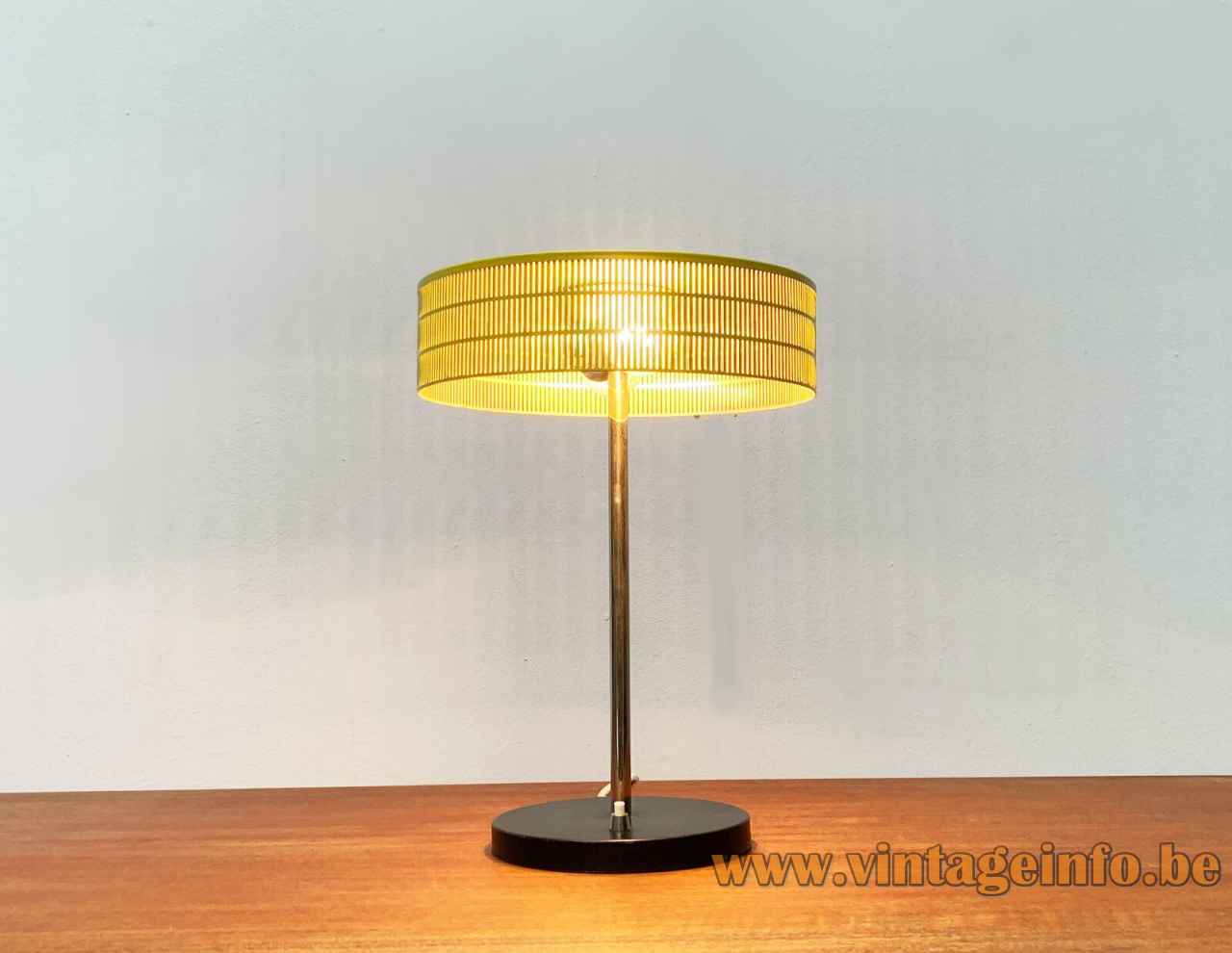 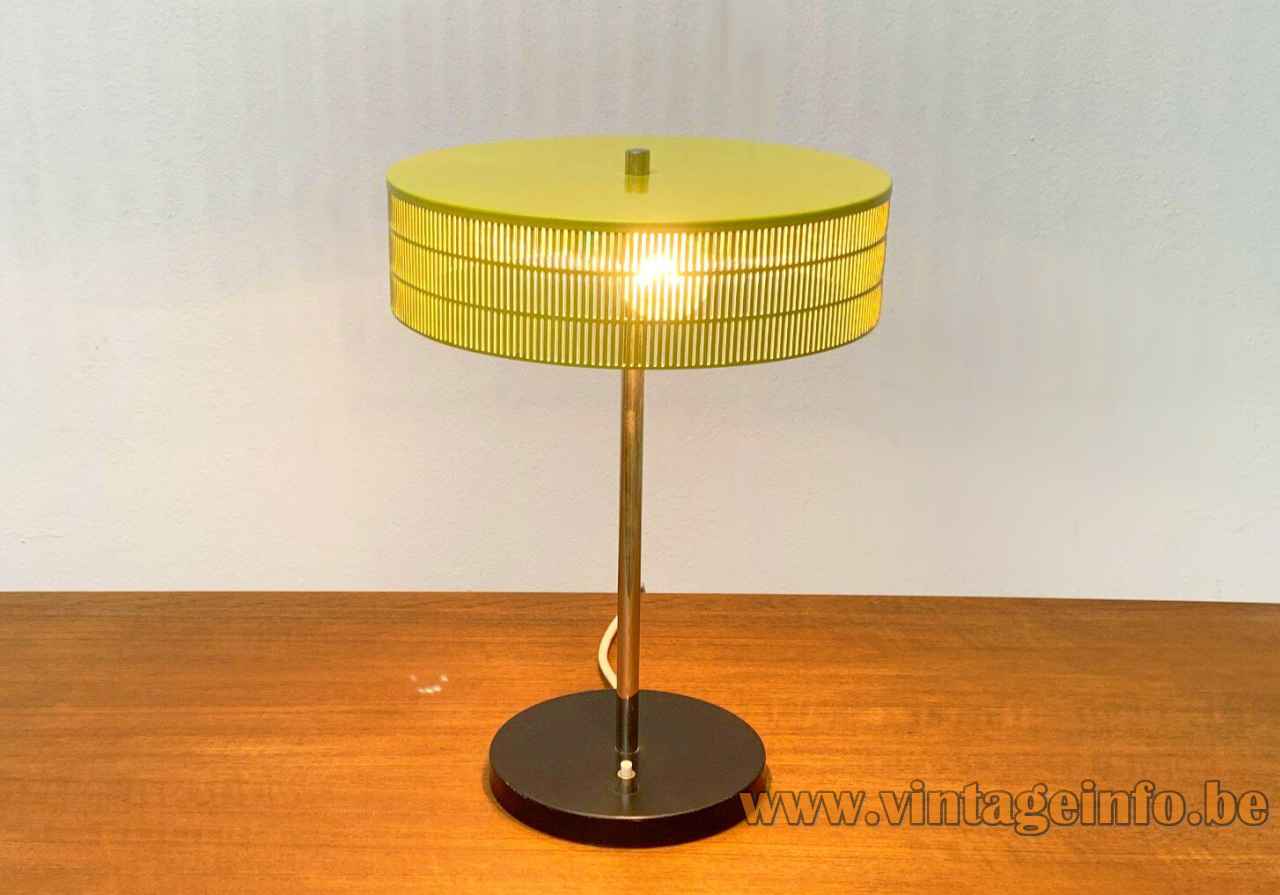 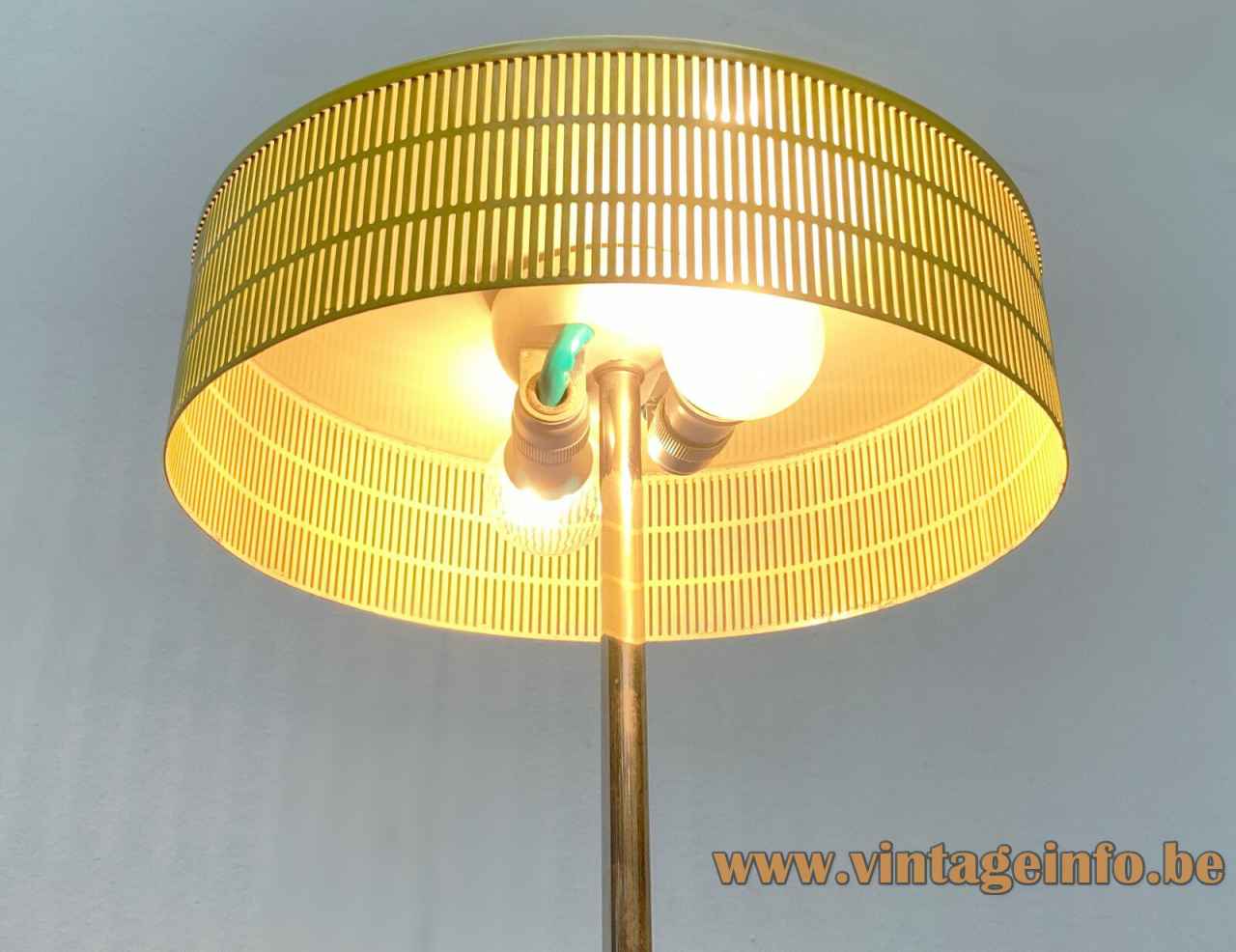 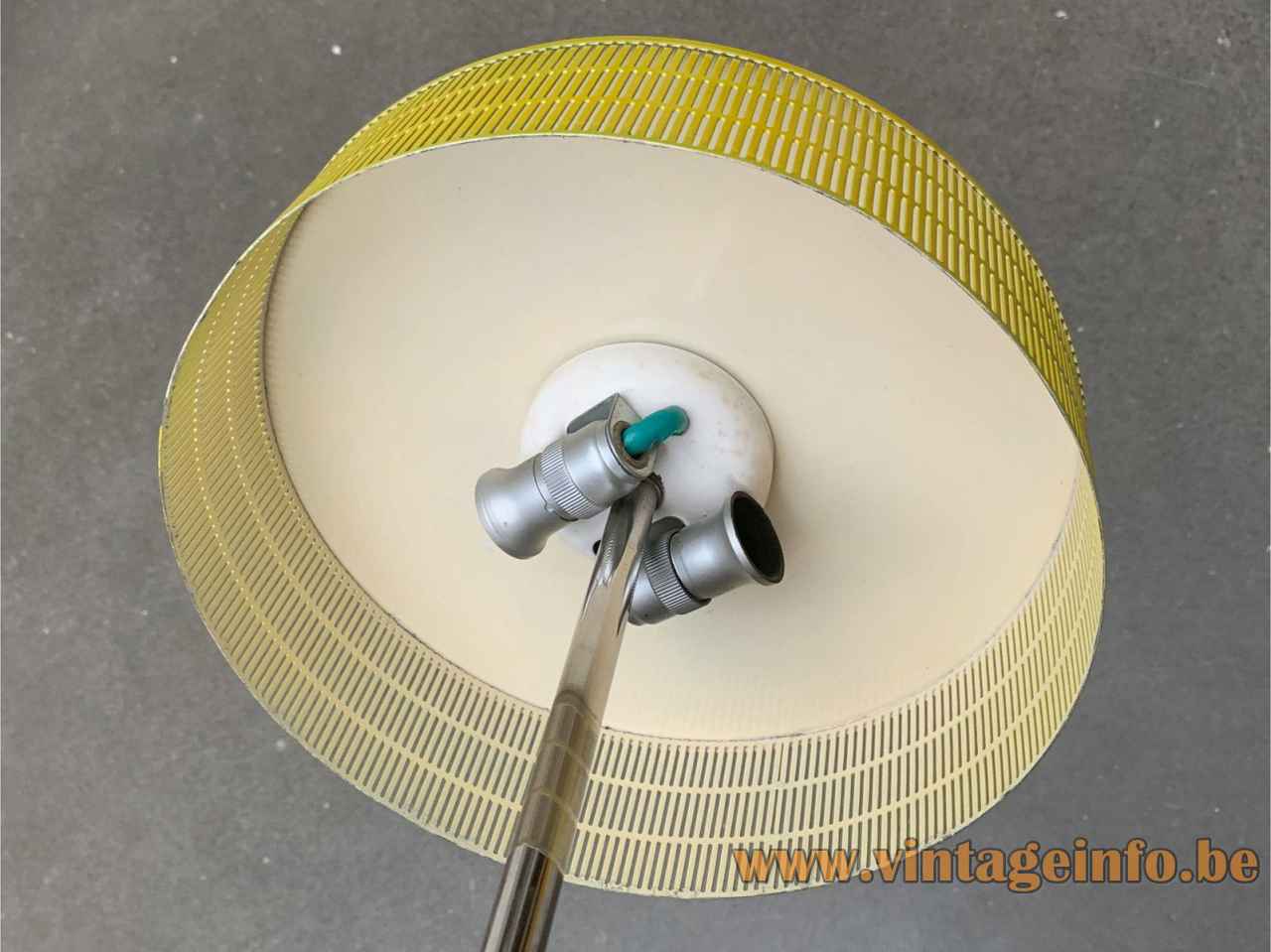 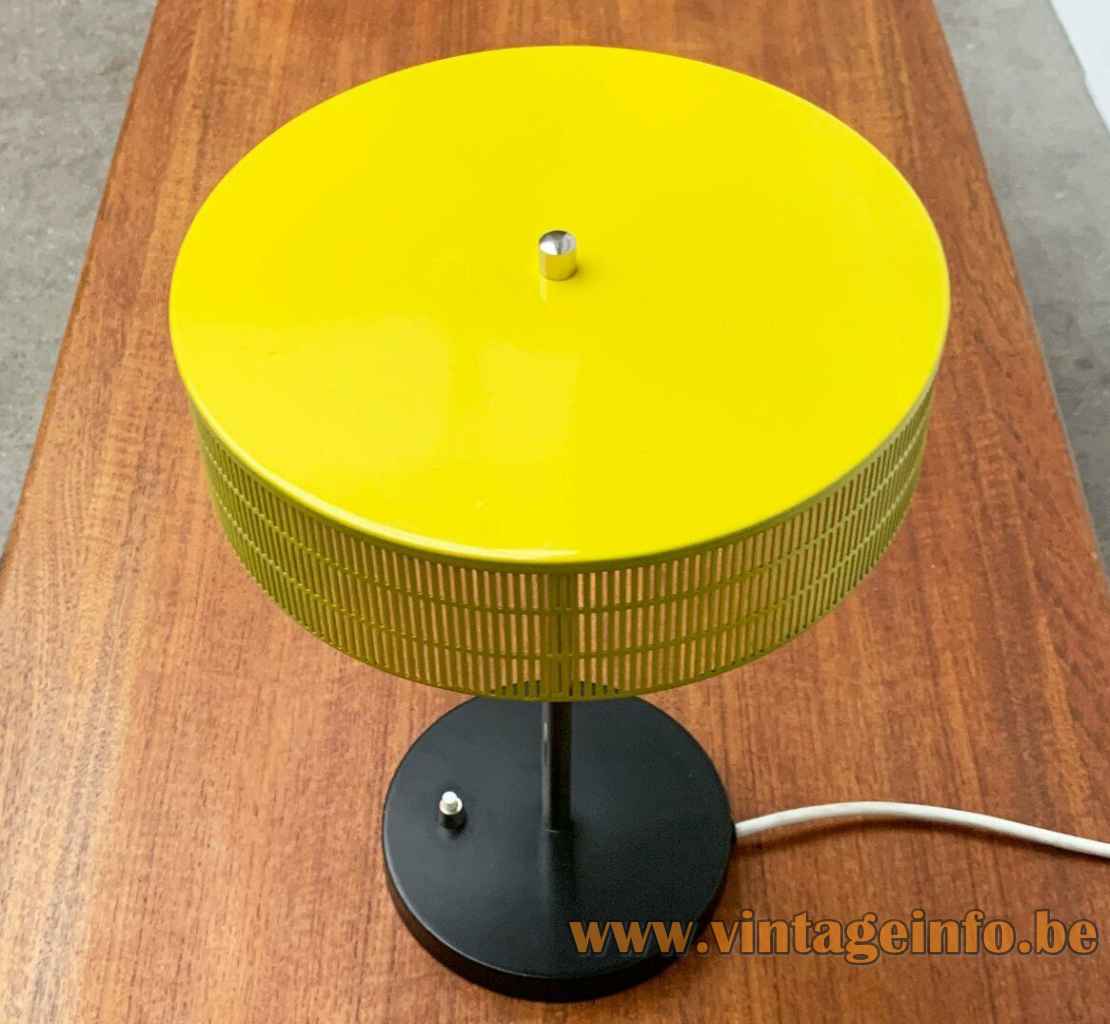 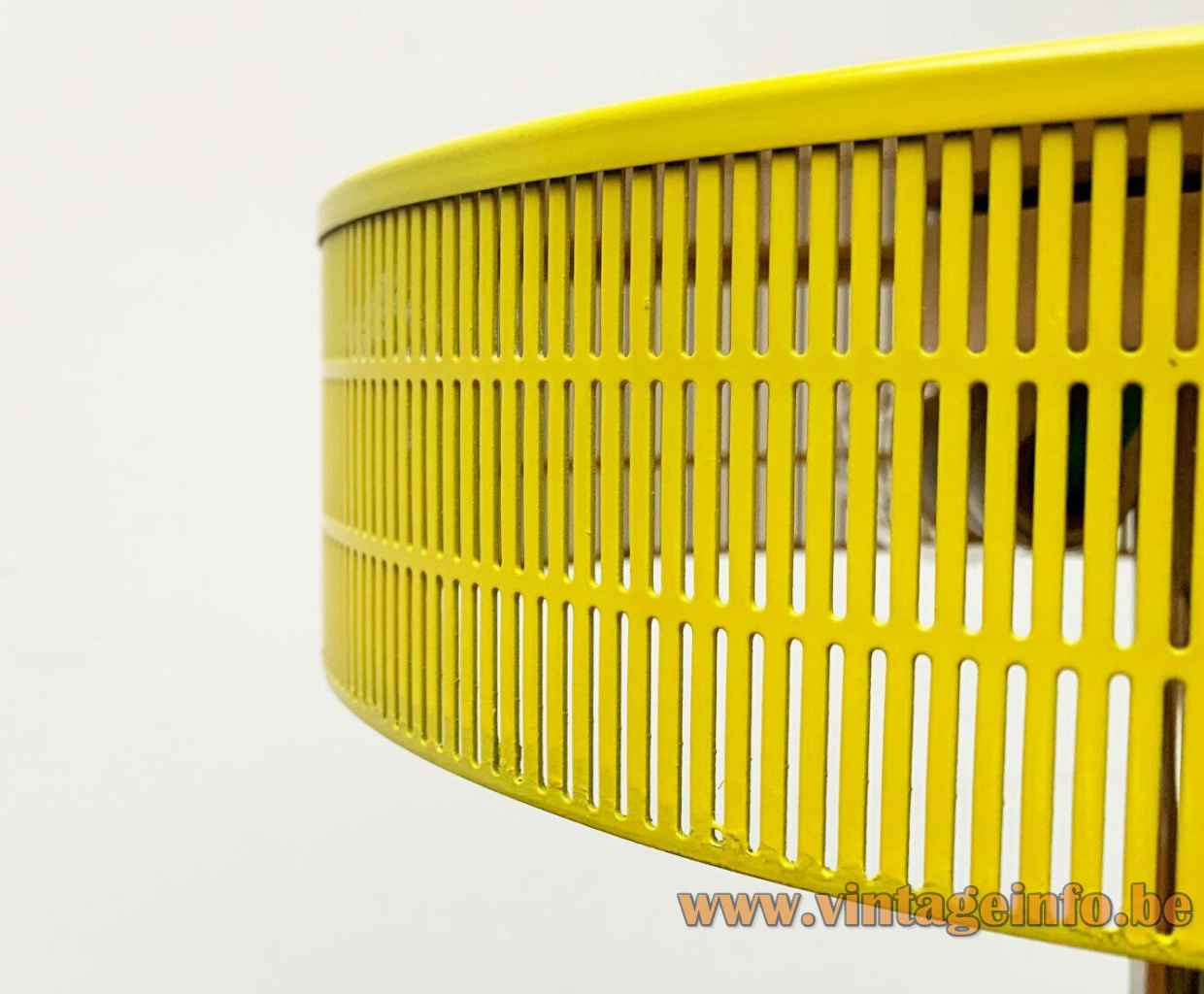 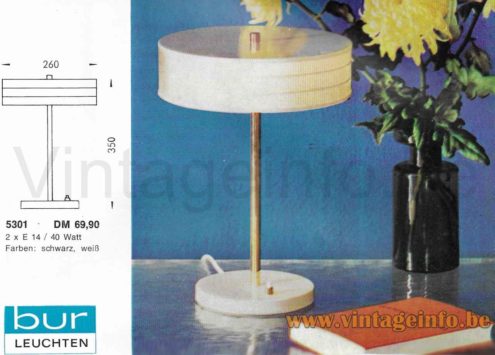 Other versions: This BuR mushroom desk lamp exists in several colours ans some slight variations such as a brass rod, brass screws and so on. The design of the lampshade was used for many other lamps such as the Flamingo desk and wall lamps.

The BuR (Bünte und Remmler) company emerged from the Wagner & Goldschmidt company in 1880. It was located in Frankfurt. As a petroleum lamp manufacturer Bünte & Remmler evolved into a producer of electric lighting around the turn of the century.

In the 1920s and 1930s the company was one of the few producers of handmade Bauhaus luminaires. Designers were Ferdinand Kramer, Wolfgang Tümpel, Wilhelm Wagenfeld and of course Christian Dell.

In 1962 BuR was sold to Hoffmeister & Sohn KG, HoSo. Later the company moved from Frankfurt to Lüdenscheid, some 180 km /112 mi away. It ended business in 1971. Hoffmeister has re-launched the brand a few years ago, somewhere in the 2000s, when is unclear.

Max Bietenholz AG is a Swiss company that was founded in 1961. It is located in Kloten, 10 km / 6.2 mi from the capital Zürich. They sold lamps for some 20 years. Today (2018) it is still a retailer of lighting. A lamp store is located at the company’s address. The company is owned by the Gehrig family, Martin and Renée. Unfortunately, Max Bietenholz AG has no website.

Many other companies produced “cube” lamps. Robert Sonneman designed a few lamps for George Kovacs. Kaiser Leuchten produced several lamps in the style, Stilnovo and so on.