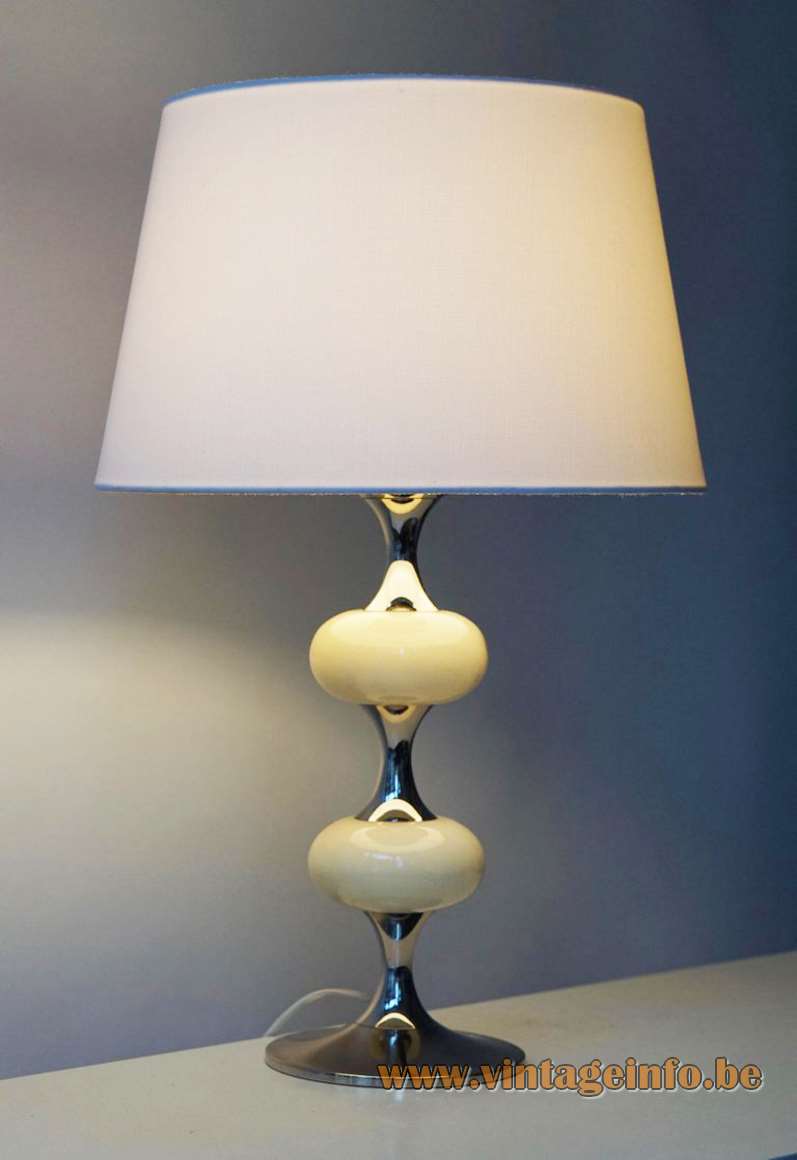 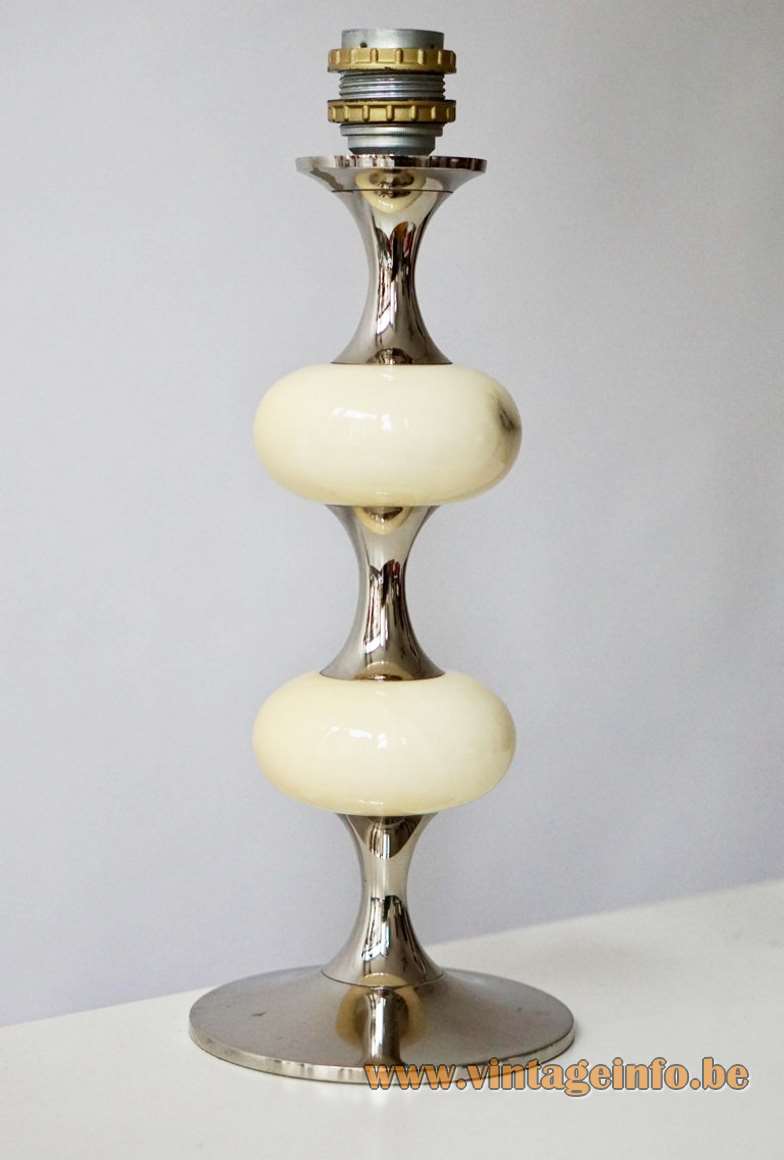 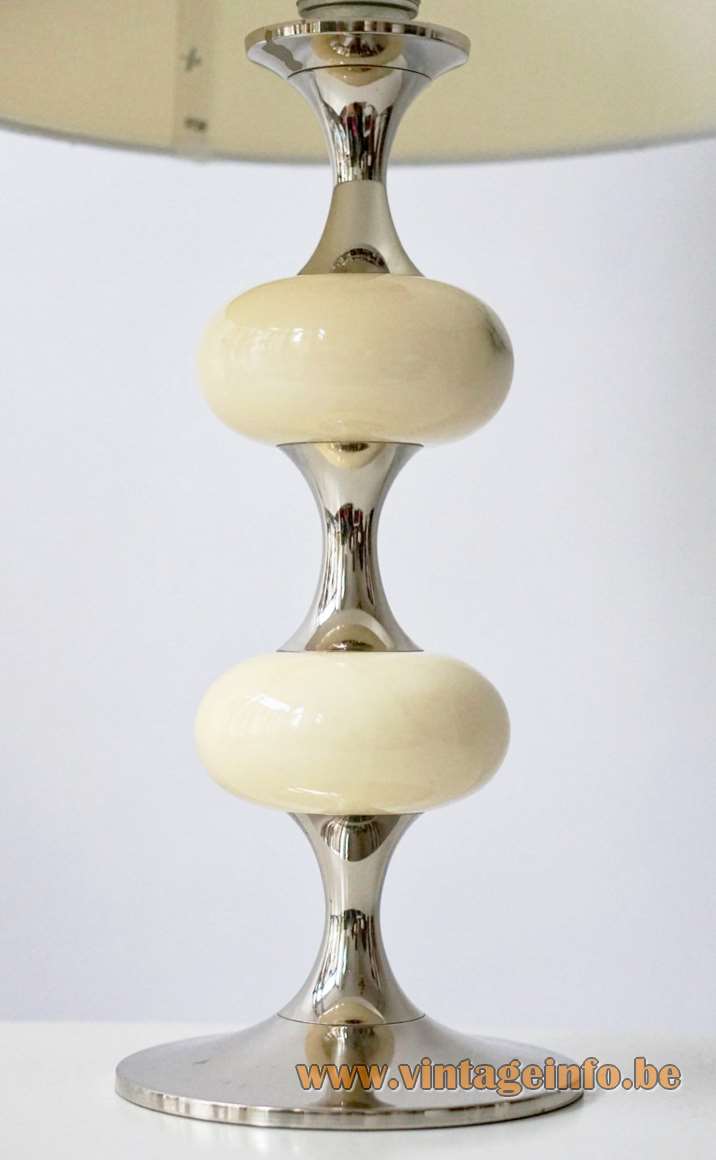 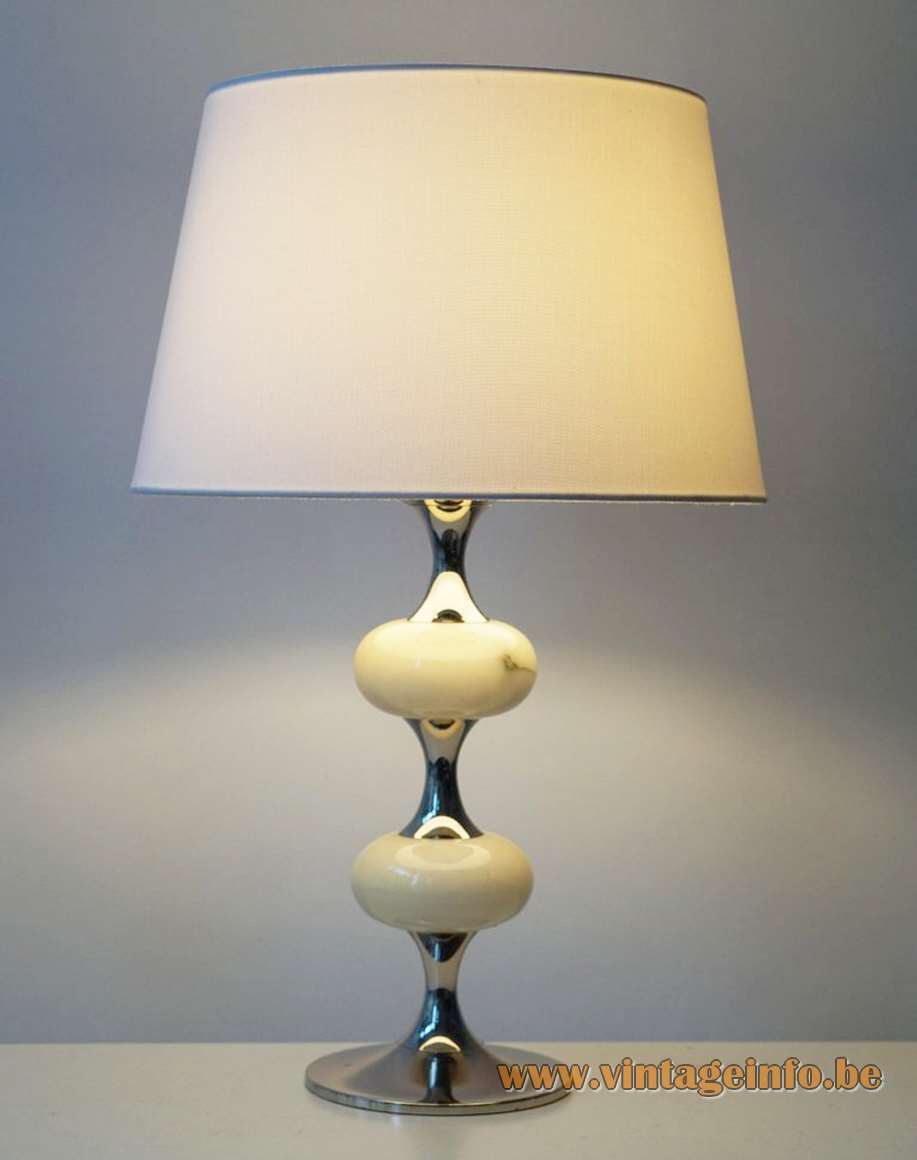 Other versions: This 1970s white onyx table lamp was made in some varieties. Several different colours of onyx were used. Also lamps with marble exists. The lampshade of this lamp is not original.

These lamps are reminiscent with the lamps made by Maison Barbier from Paris, France, but they are not of course.