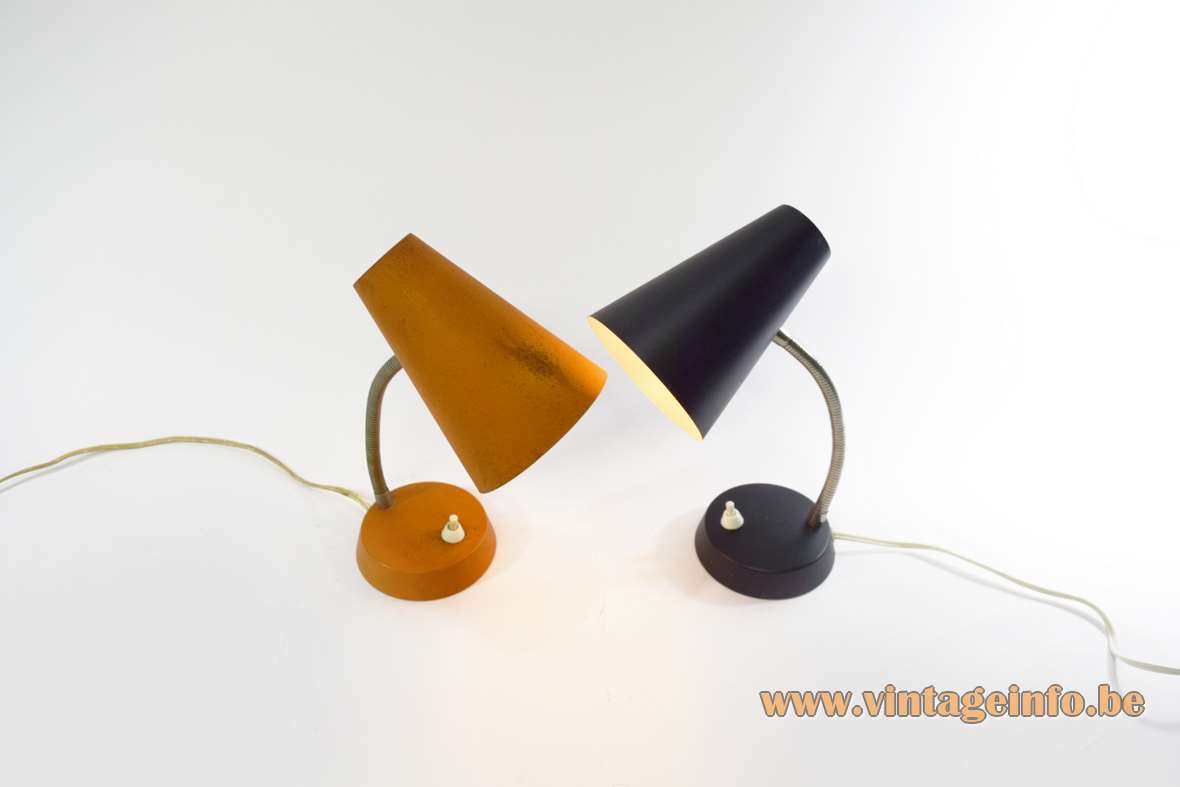 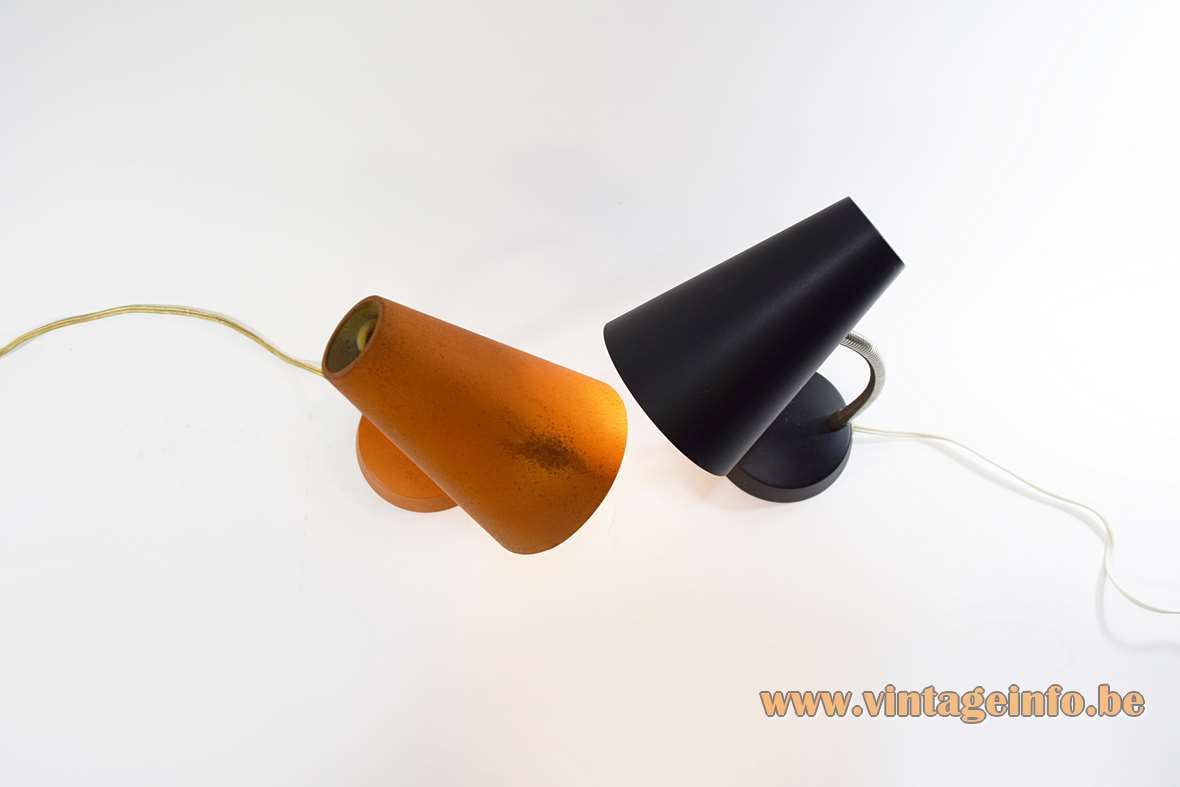 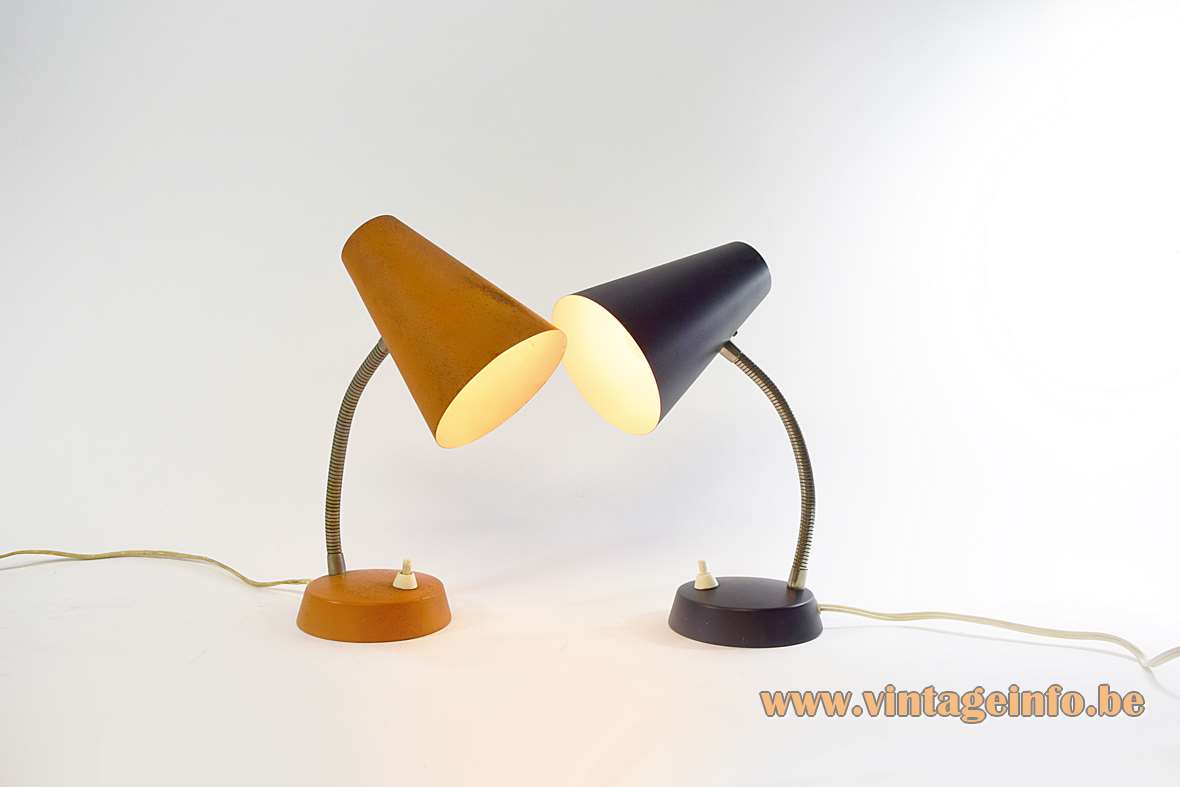 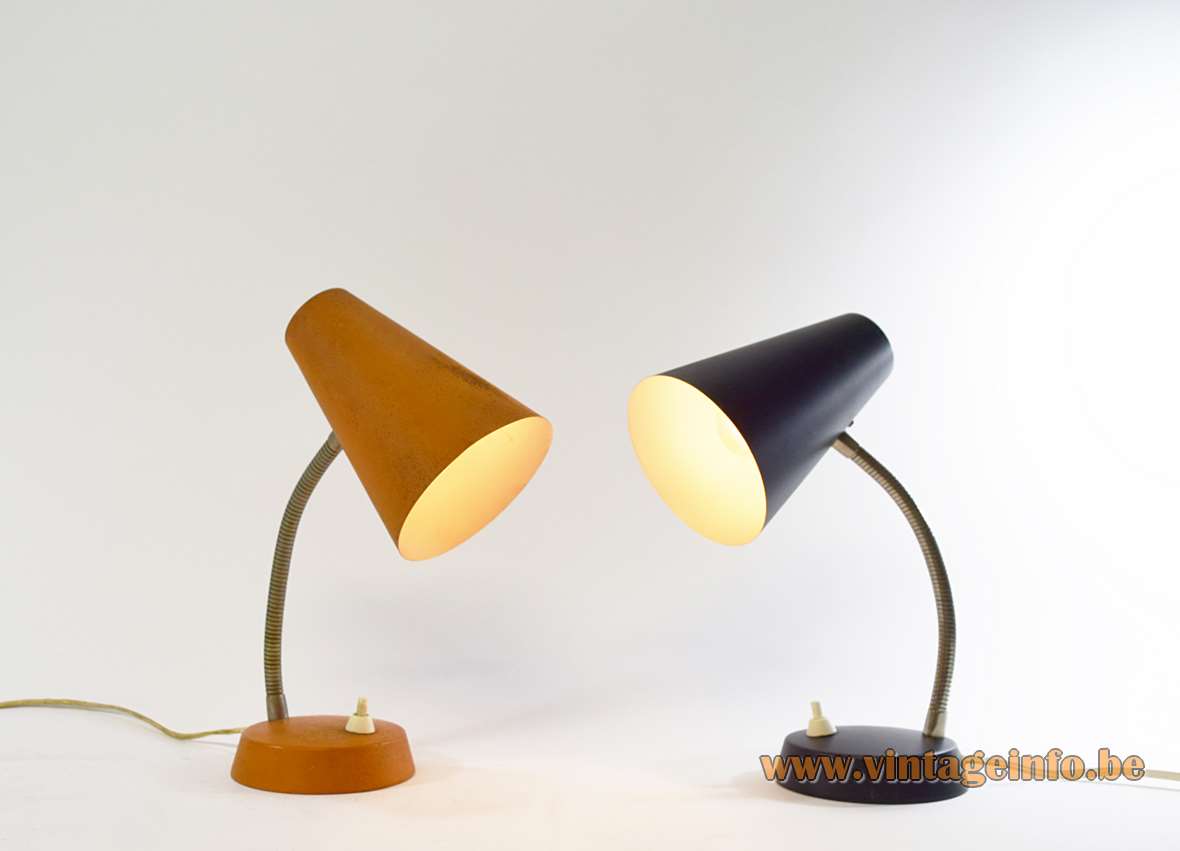 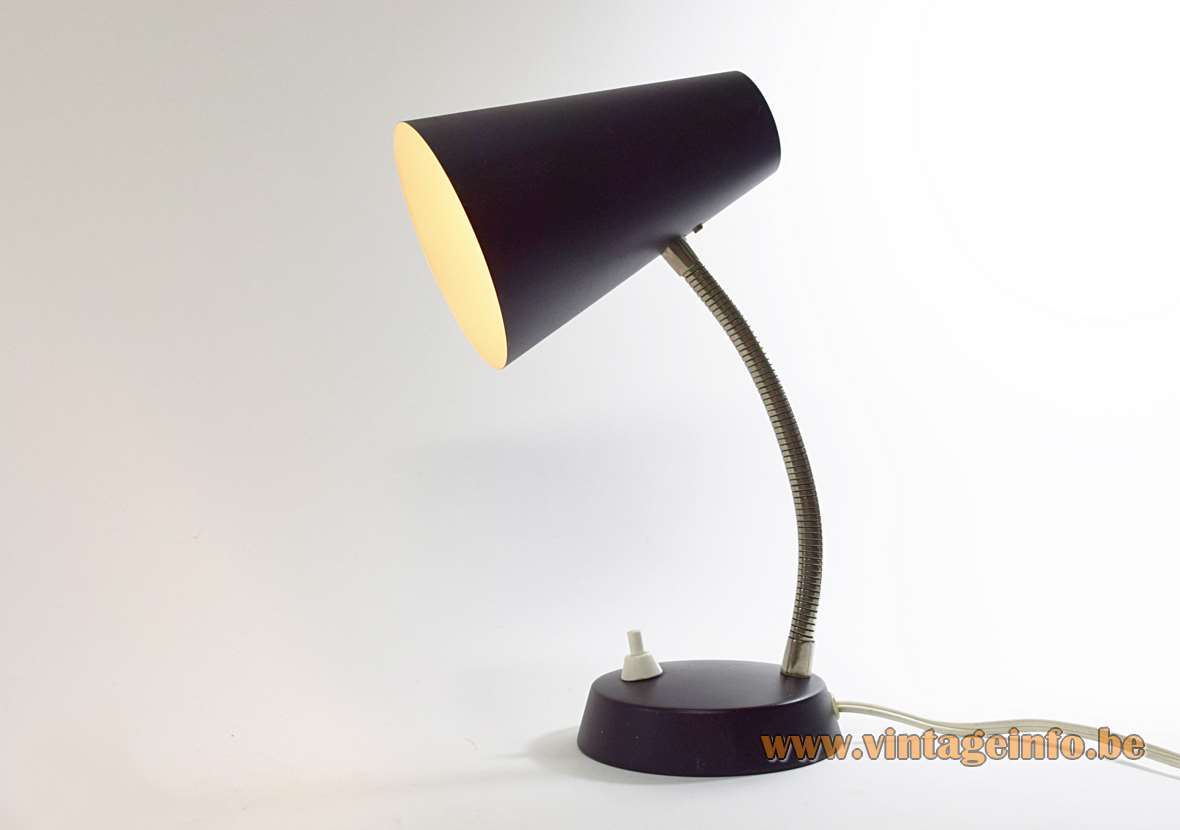 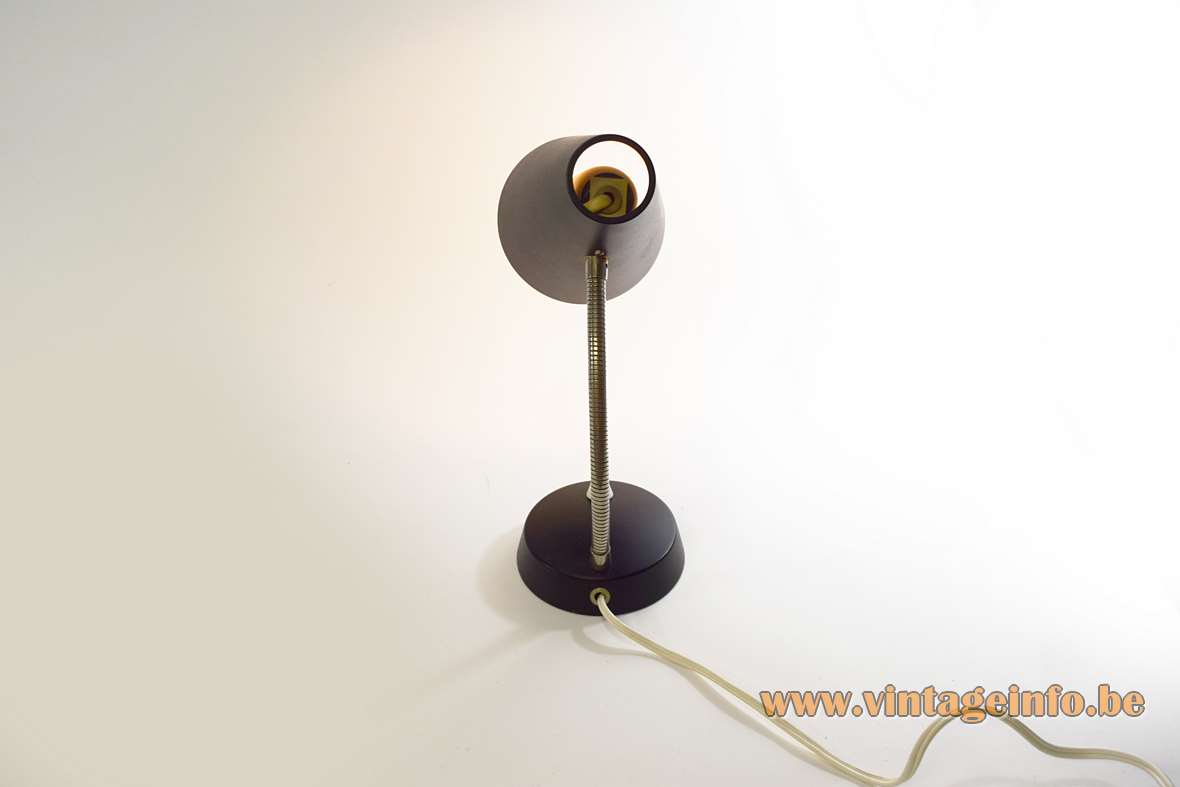 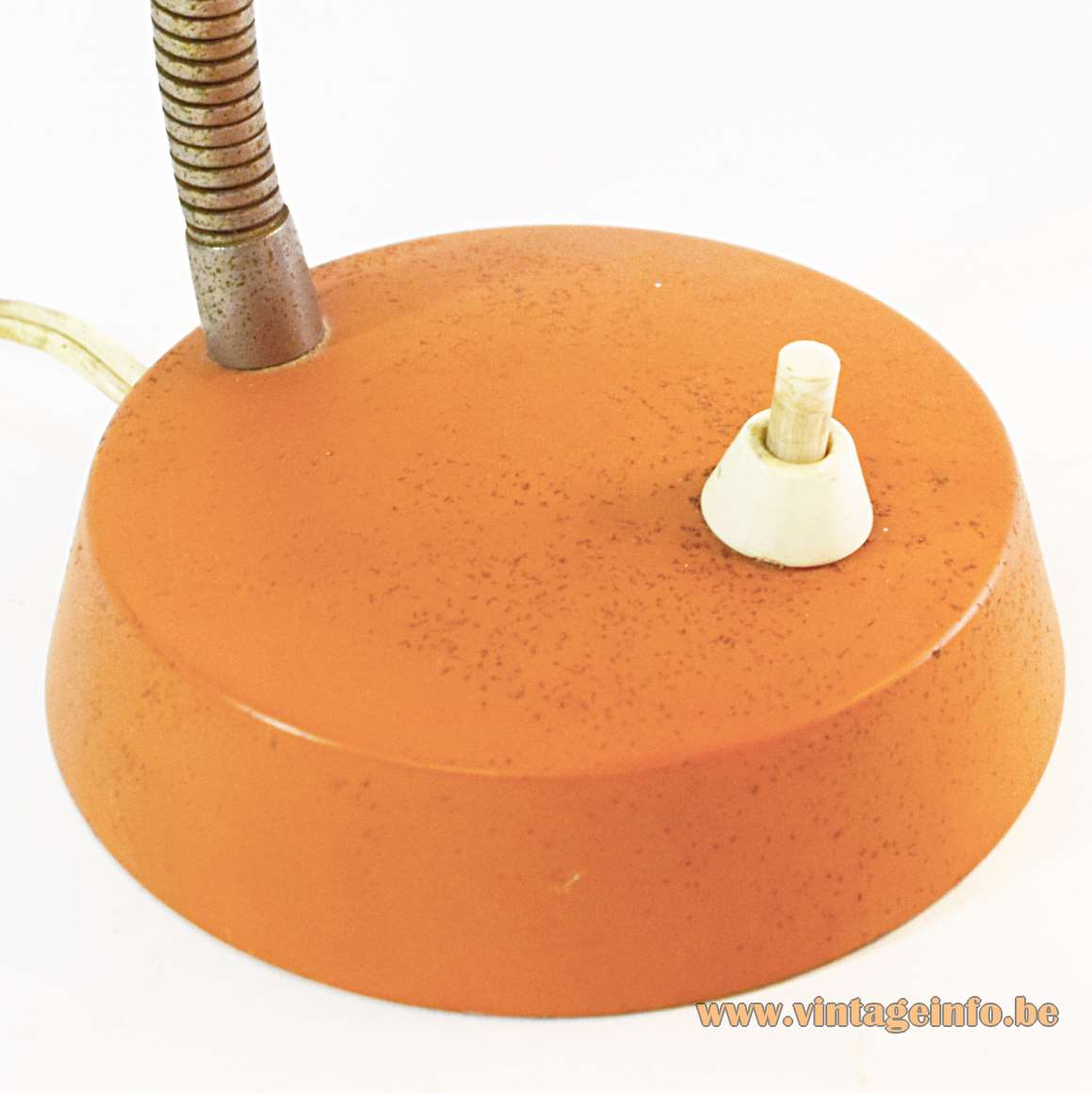 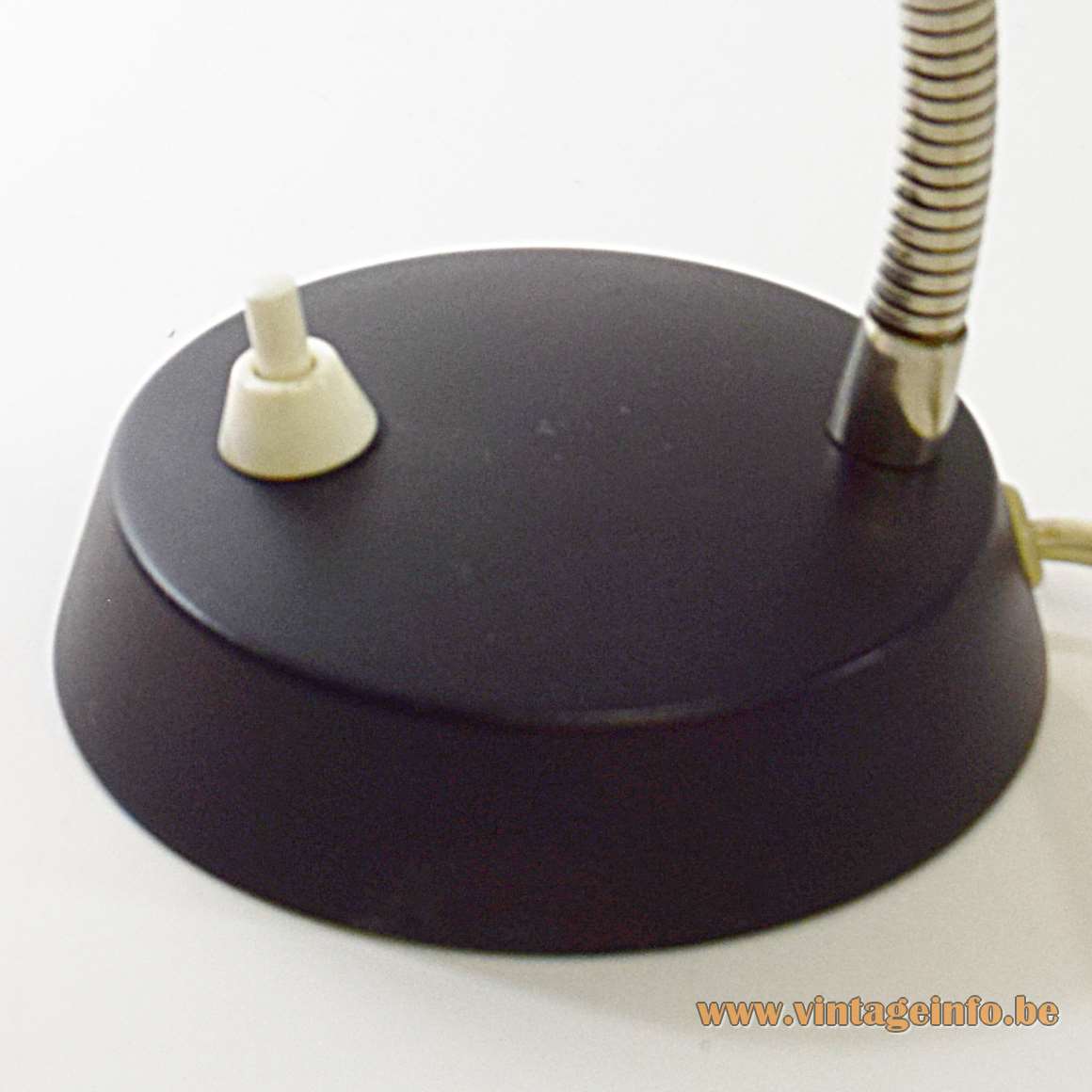 Other desk lamps by VEB Leuchtenbau

Other versions: These 1970s East German desk lamps exists in several colours. At least made in orange and black.

Two other stamps on the bottom, one presumably the model number: 12800-01-32 on the orange lamp and 12800-001-30 on the black lamp. The third stamp is hard to read, but the same one on both lights and is probably the last check stamp; to say that it all works as it should be.

These desk lamps were made in Germany by VEB Leuchtenbau from Lengefeld. On the socket is a label with written on it: je fassg. 60 W = je fassung 60 Watt, German for: Each socket 60 Watt. Together with the logo of the company.

The VEB Leuchtenbau company was founded in 1900 as Wittig und Schwabe Metalldruckwarenfabriken (Metal Printing Factories), Lengefeld. Right after World War II in 1946, the name changed into VEB Leuchtenbau. In 1963 they manufactured some 1.5 million lamps, of which 80% were exported. In 1965 they produced 120 different models of lights. 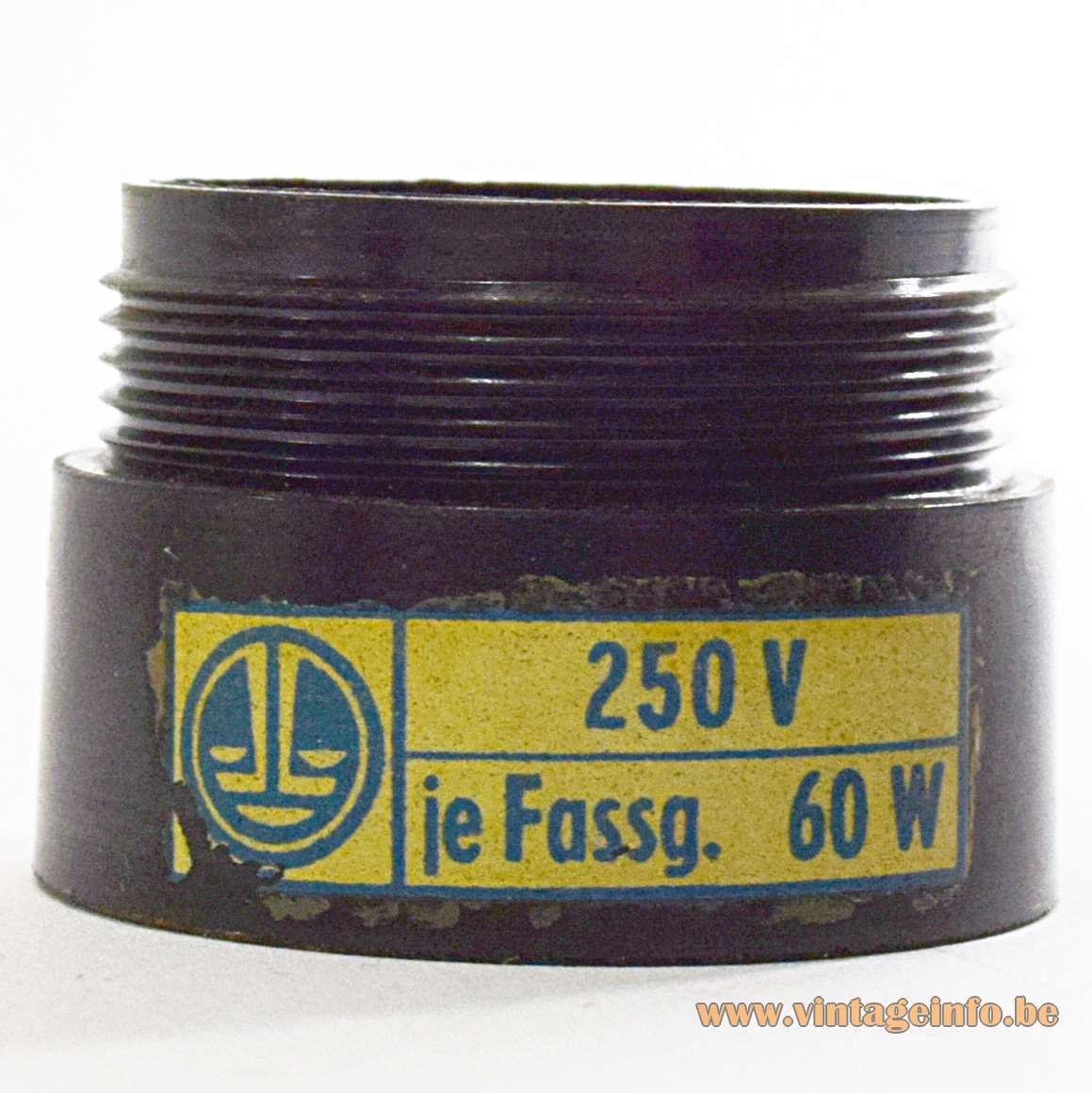 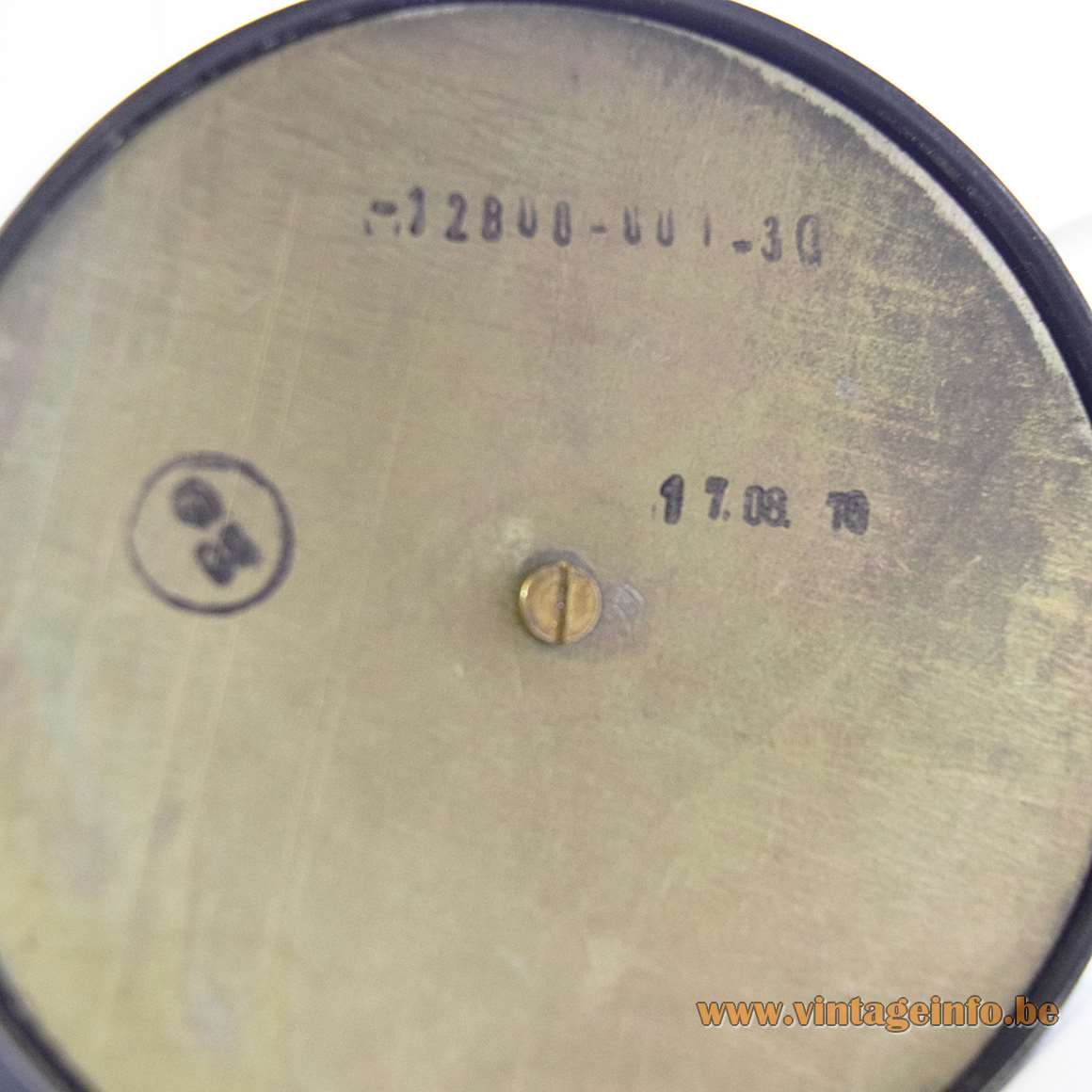 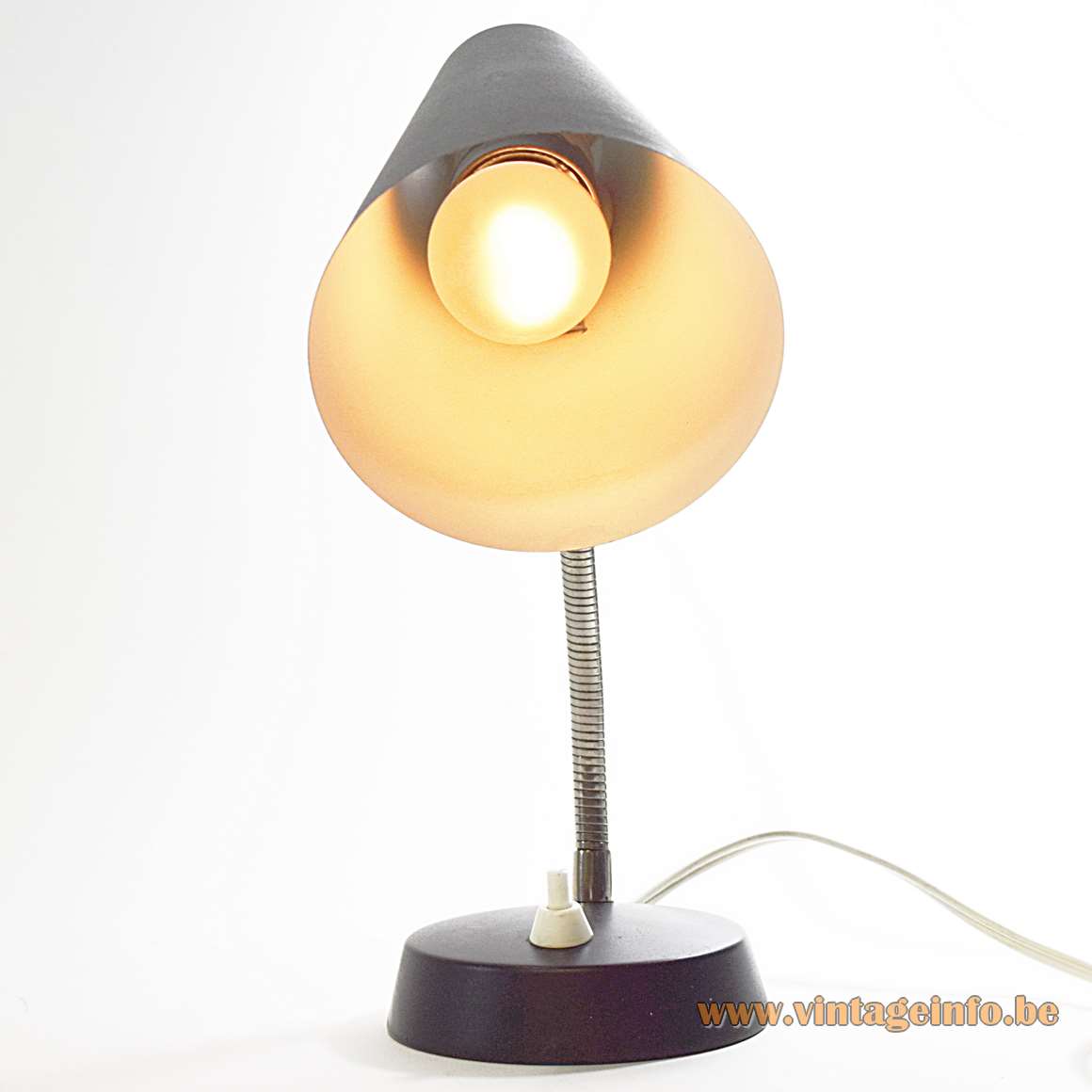 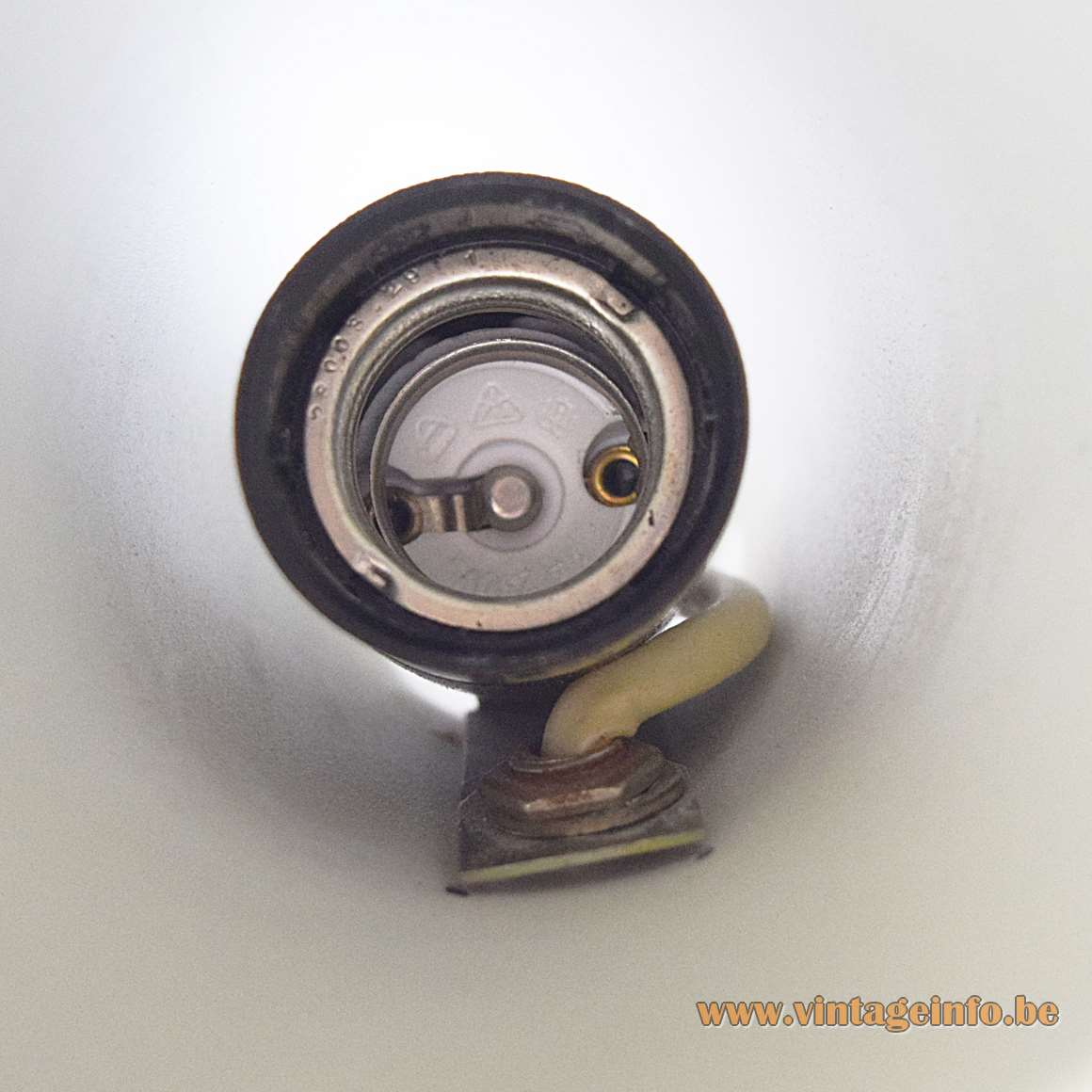