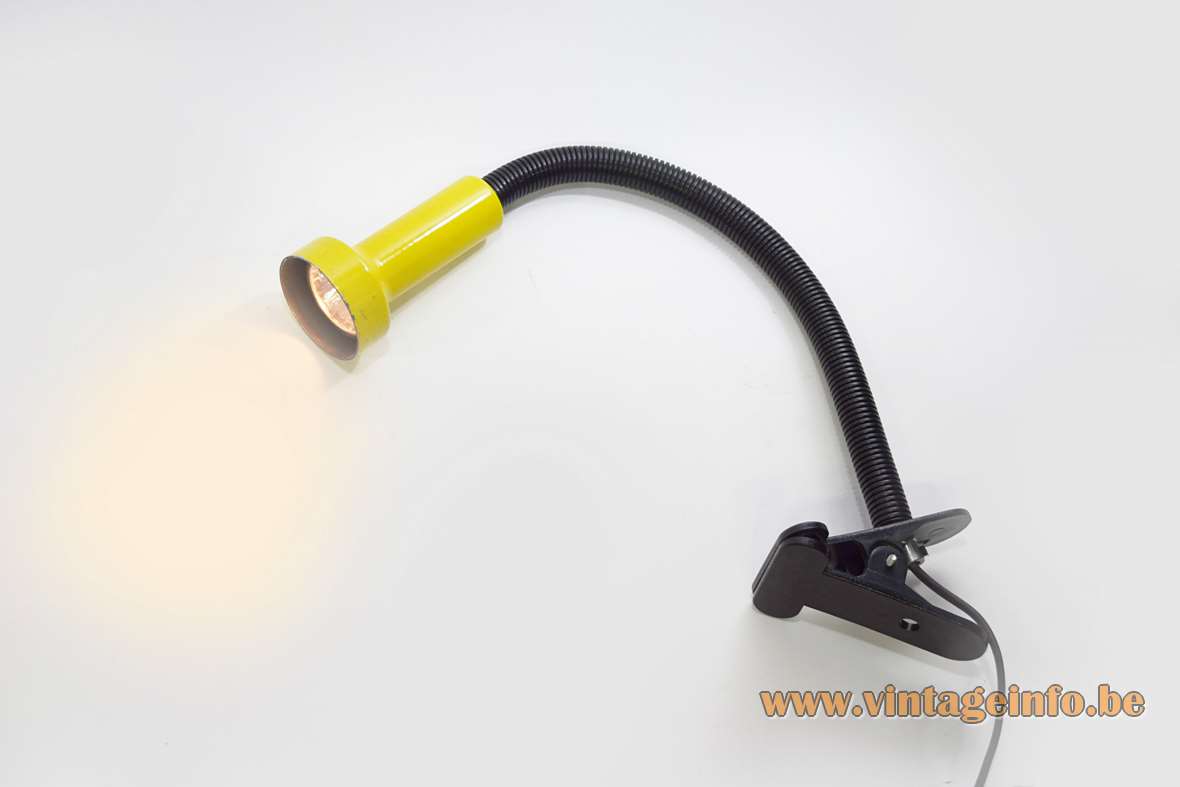 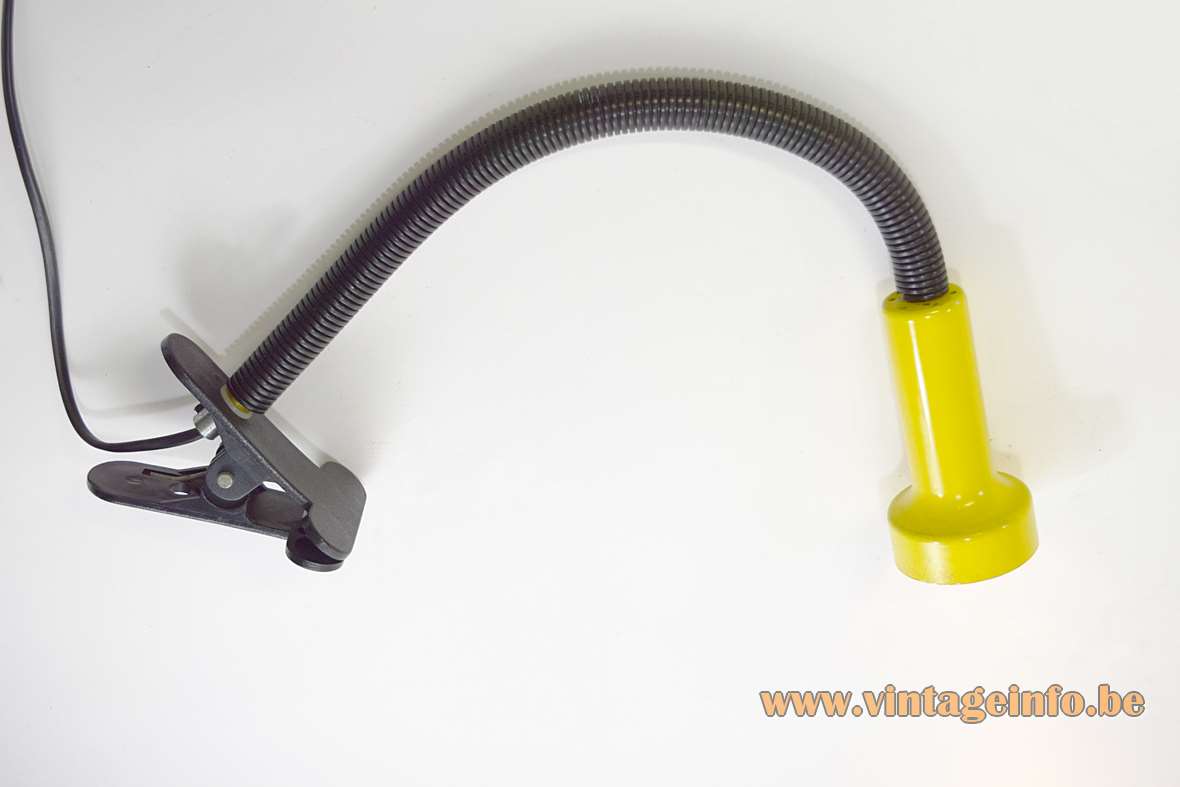 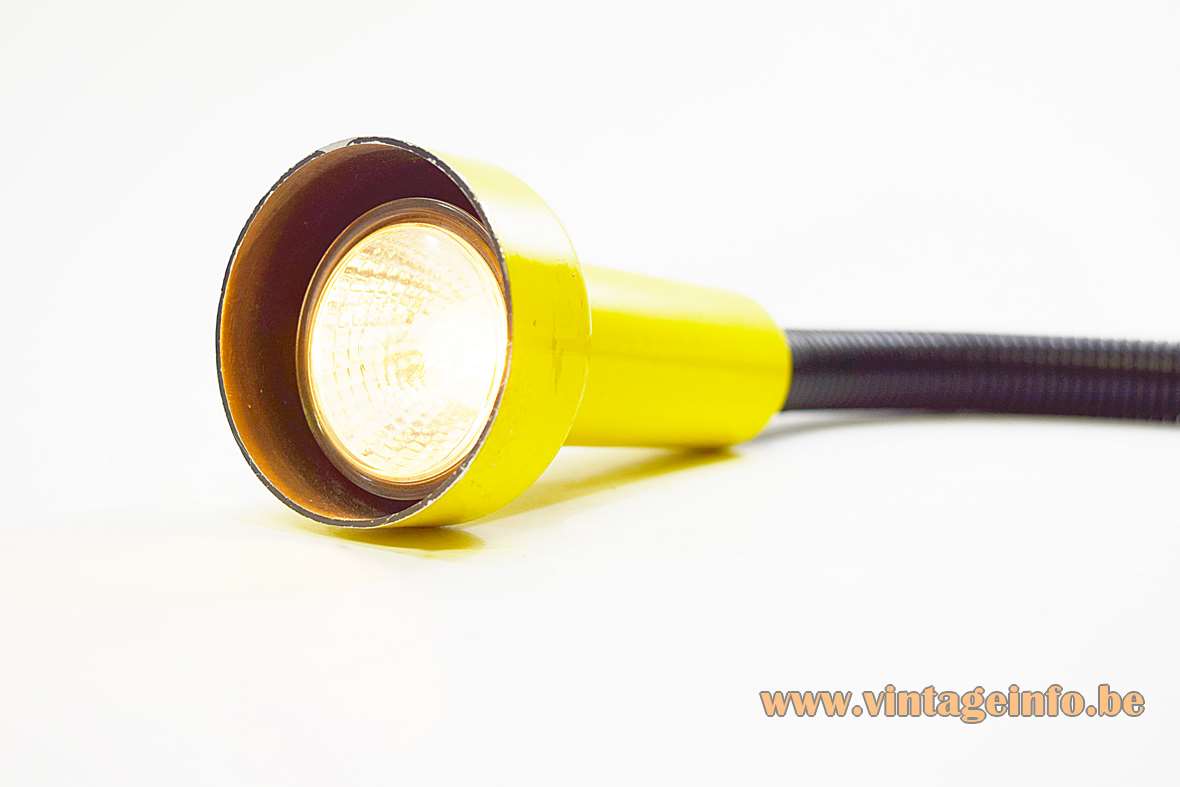 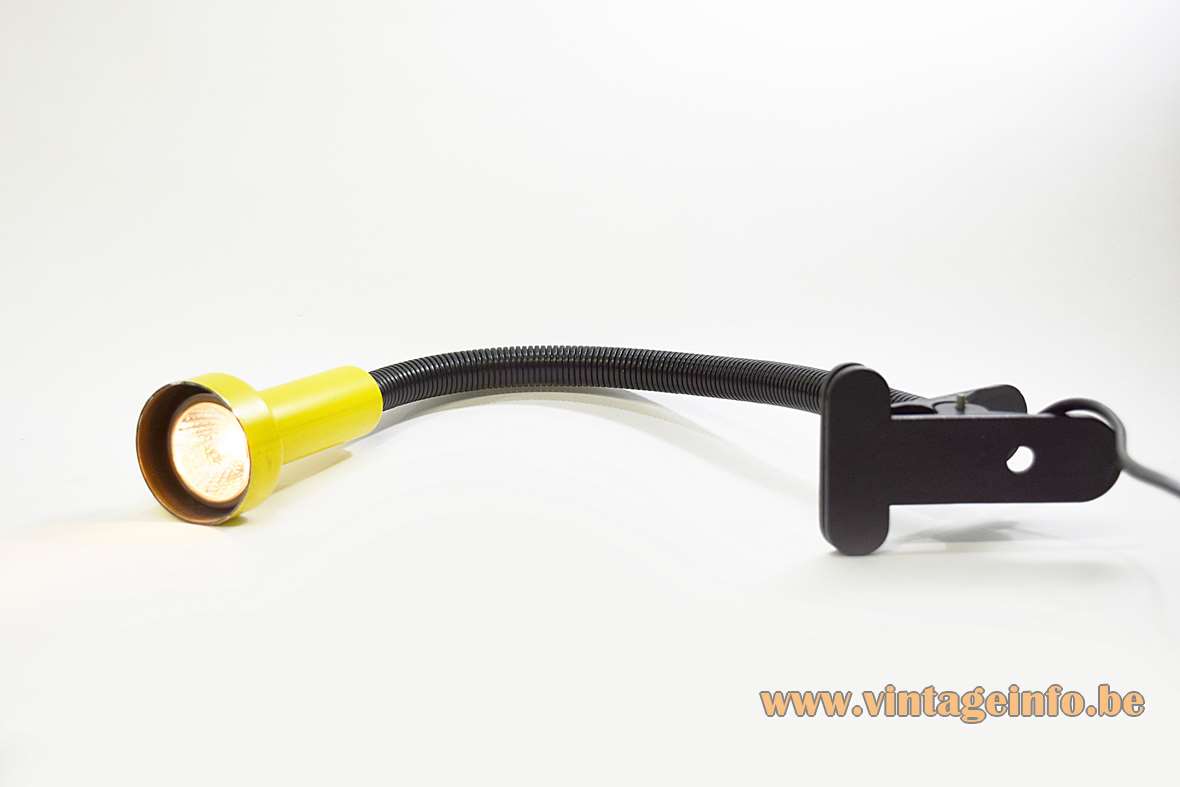 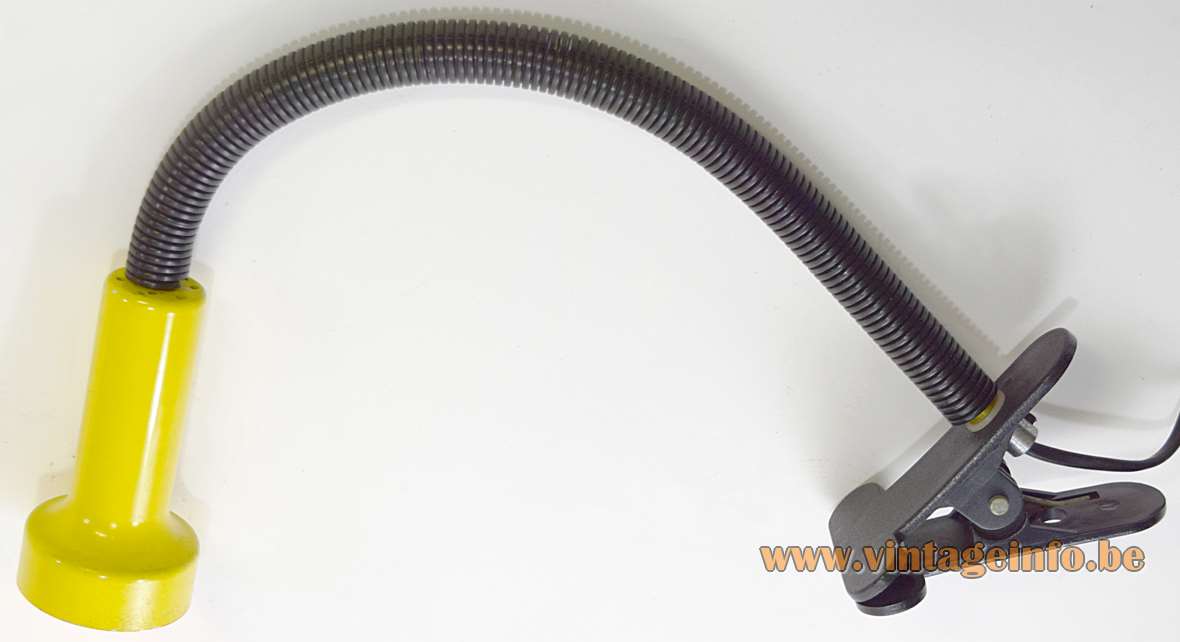 Other versions: This 1970s clamp gooseneck spotlight exists in several colours. Also completely made in black.

These clamp lamps were sold by Massive,  Vrieland Design and Herda from The Netherlands. Probably also some other companies.

Vrieland Design produced many lamps. Their main designer was Ad van Berlo. He was also awarded for the Sweazy desk lamp in 1987. Ad van Berlo founded his design agency VanBerlo in 1982, after his graduation at the Design Academy Eindhoven.

The company sold many lamps produced by other companies such as Massive from Belgium, Yamada Shomei from Japan and many others.

The company was active from the late 1970s until the 1990s, to see on the lamps they sold and the labels. Labels from the 1990s have the CE logo on their labels when it became mandatory in the European Union. Not to be confused with the Chinese label CE, what stands for China Export and is almost identical.

Similar lamps were made in the 2000s by the Hong Kong lighting company Man Kwong Lighting ltd. They are all labelled with “Man Kwong micro-flex clamp lamp”. The CE logo is also present. 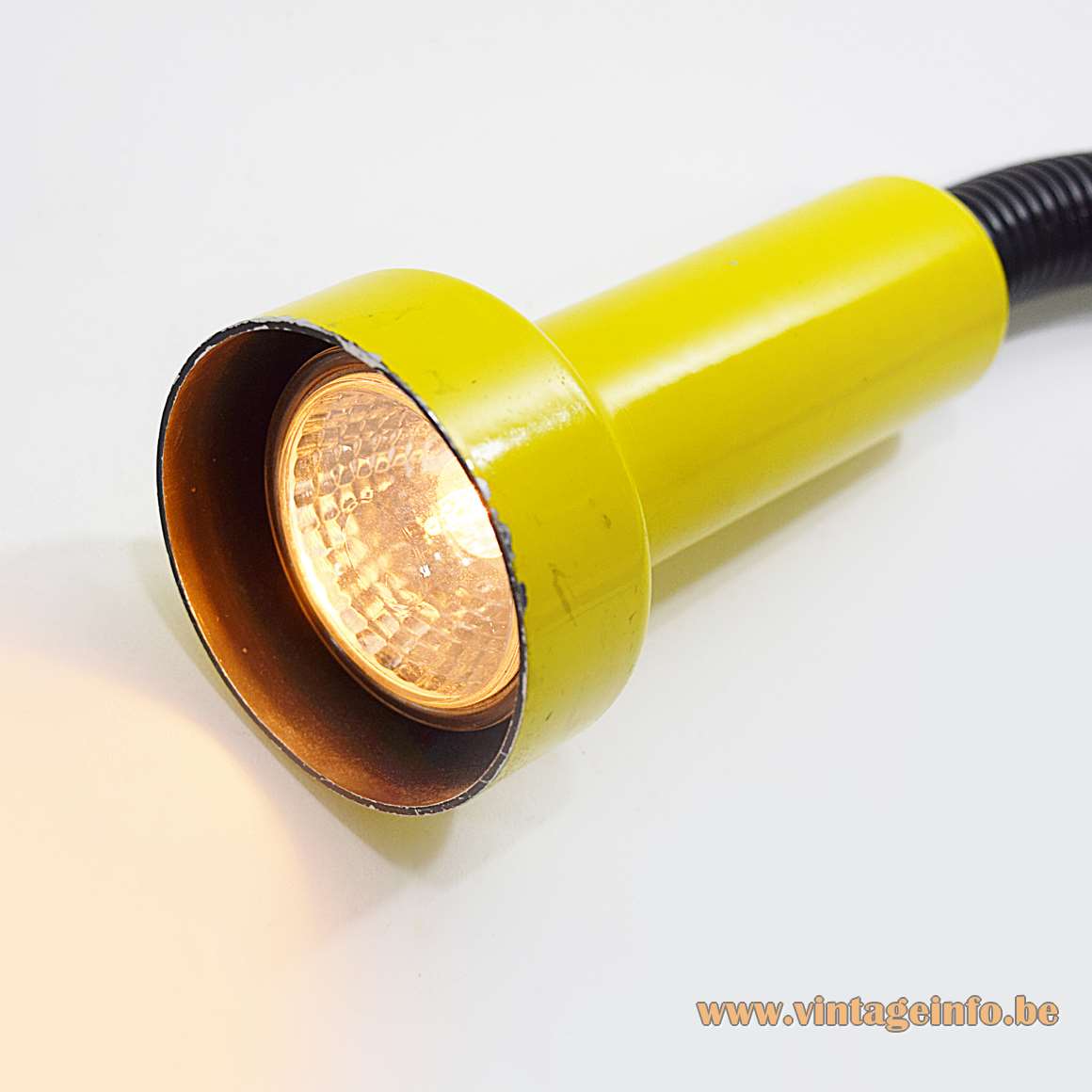 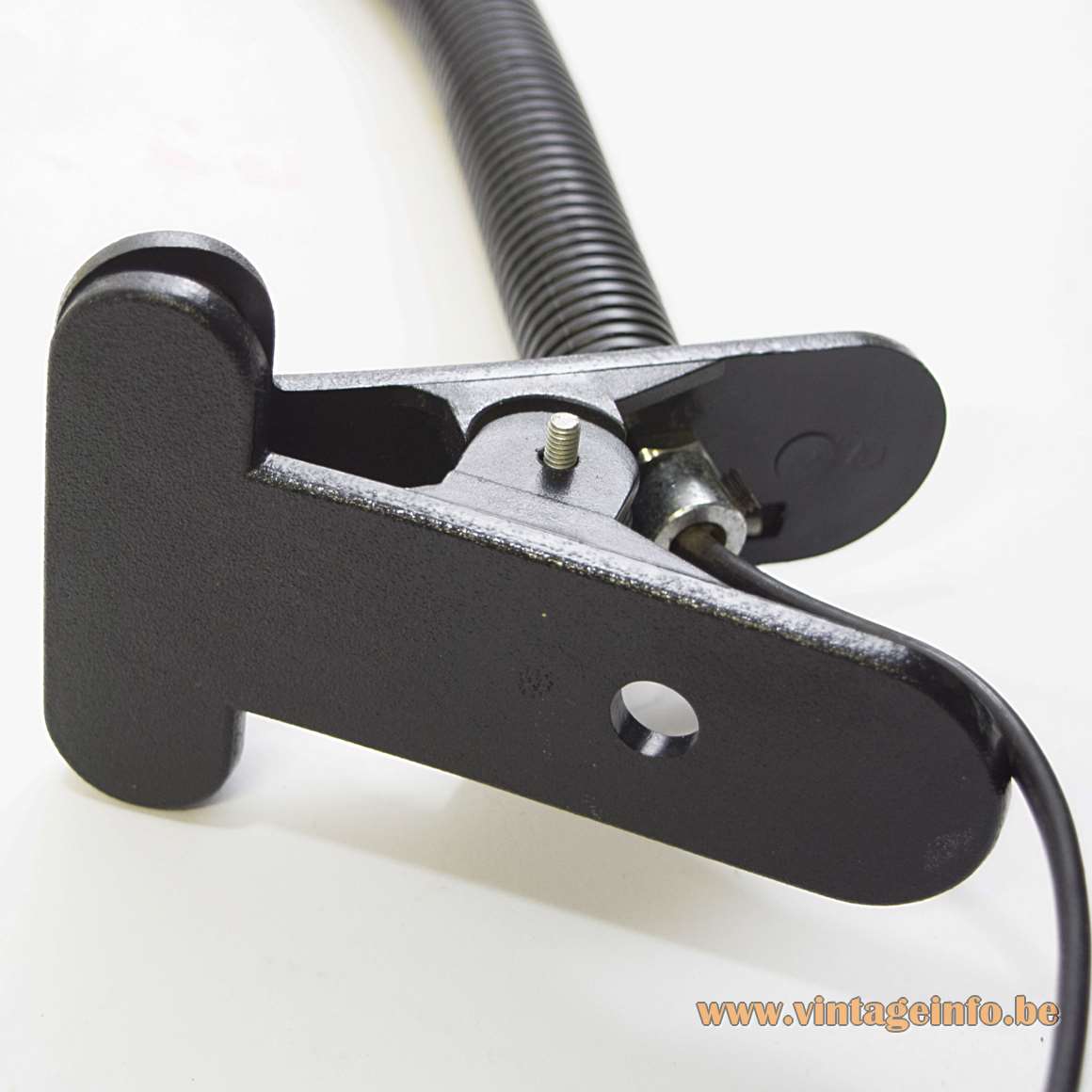