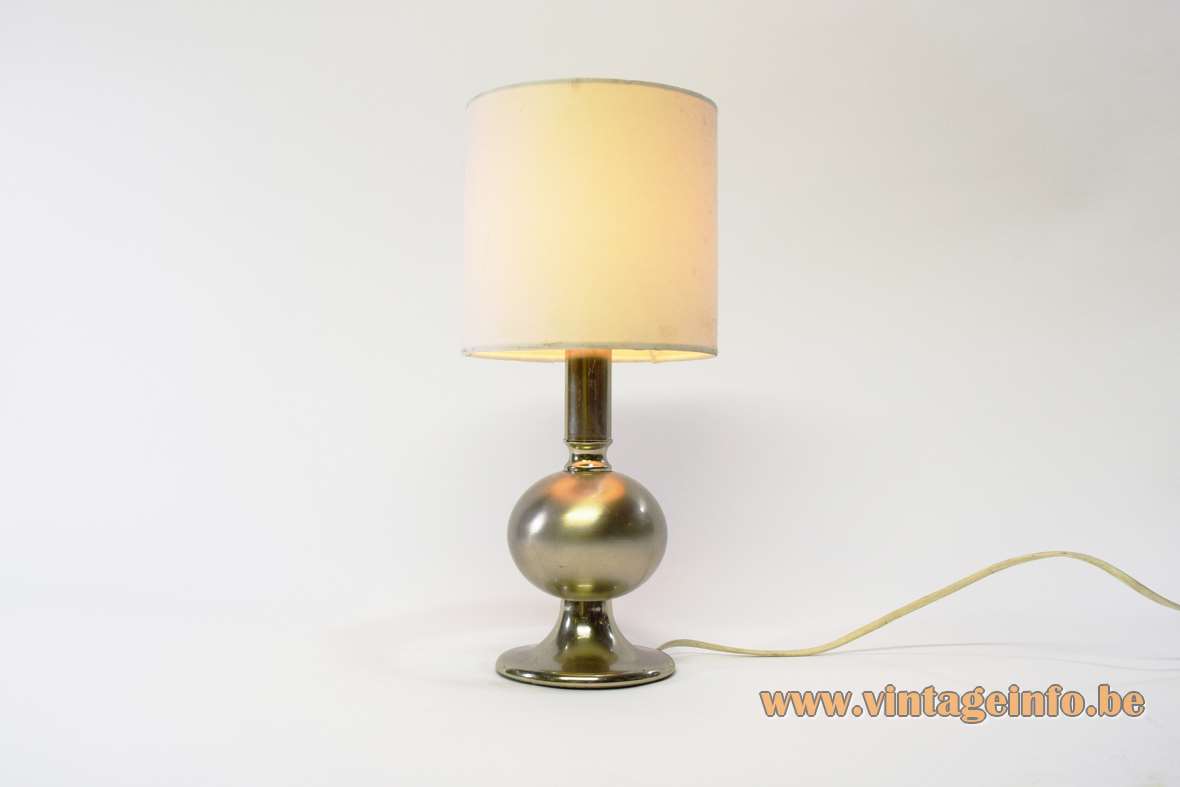 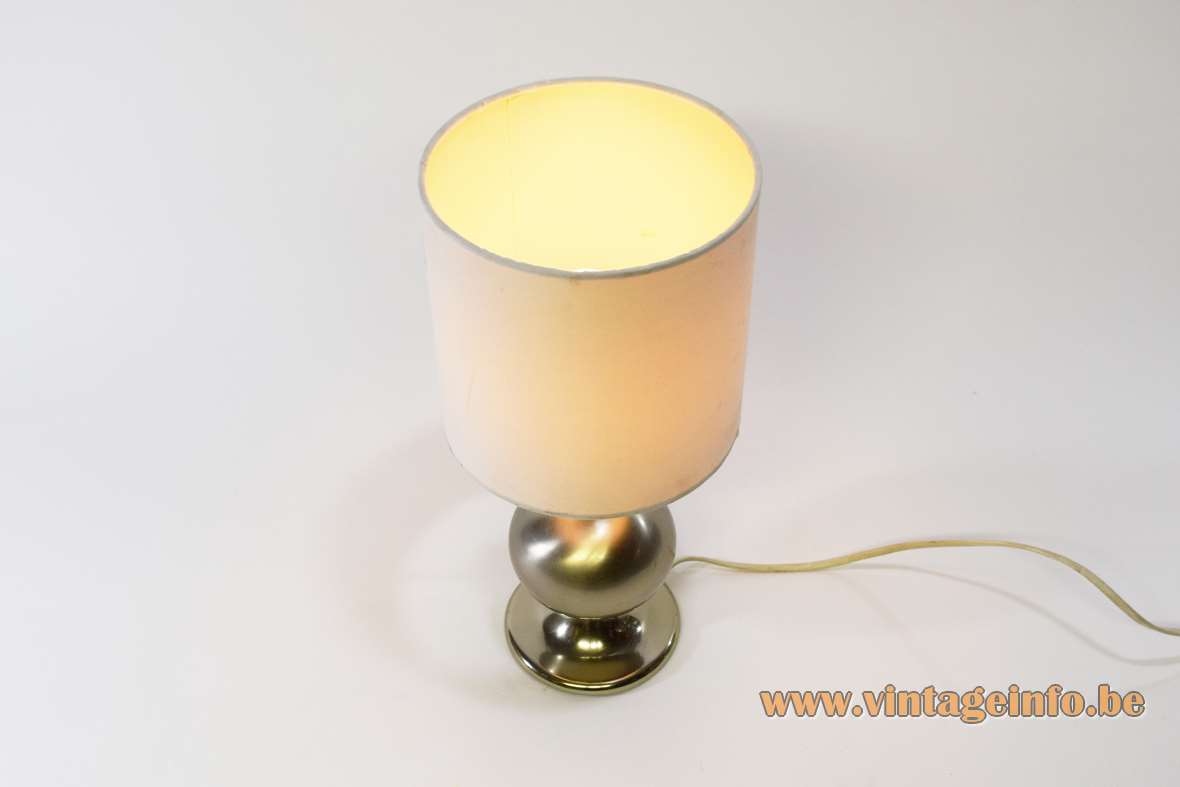 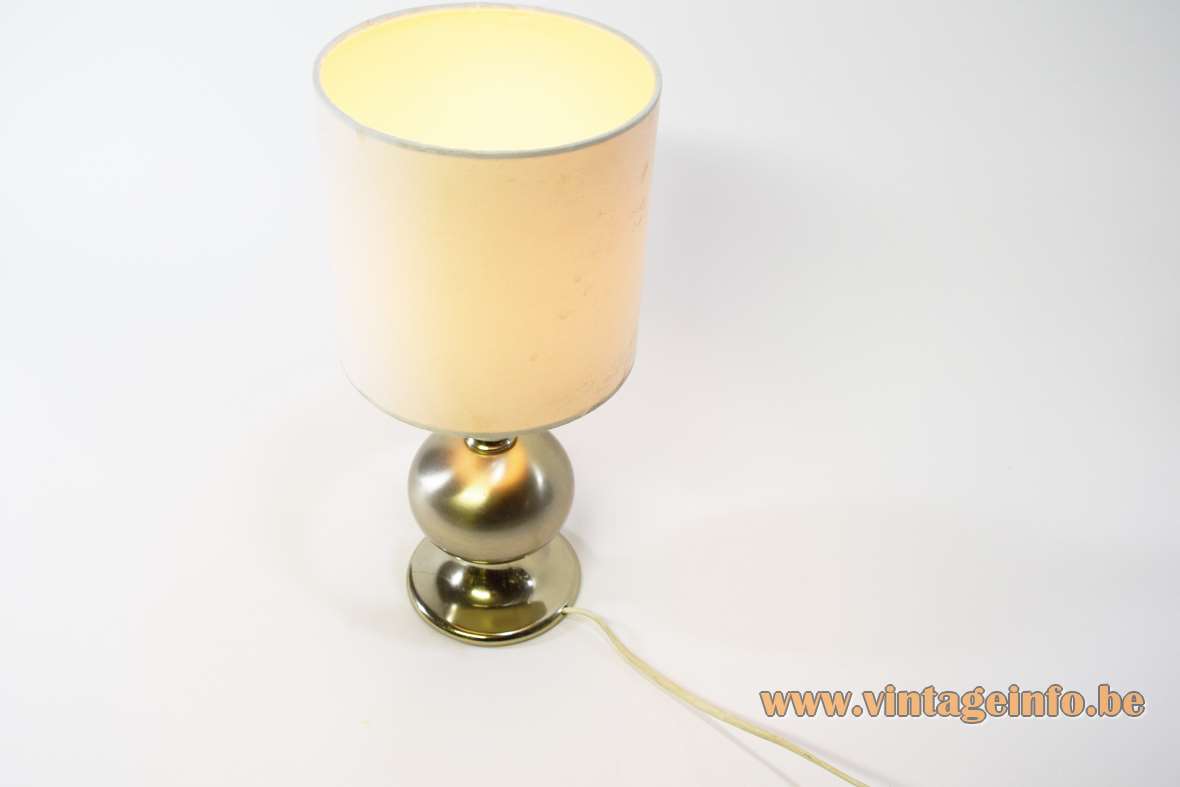 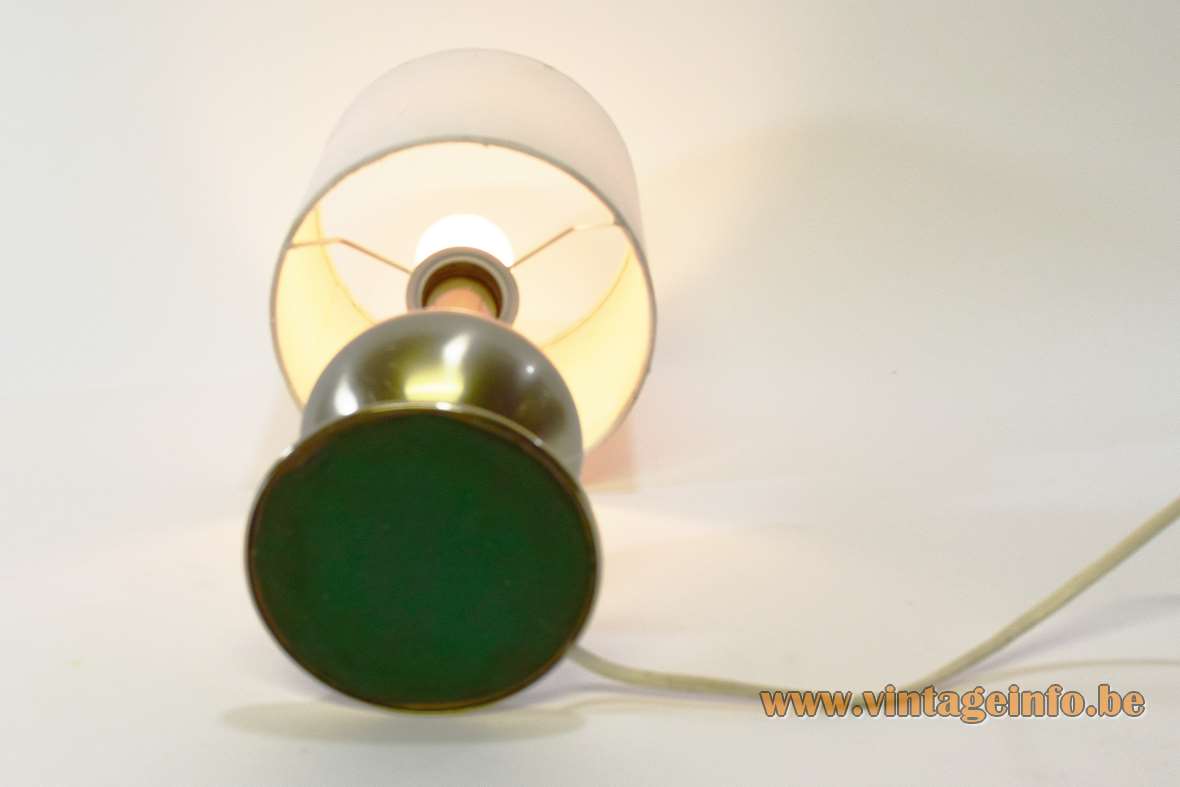 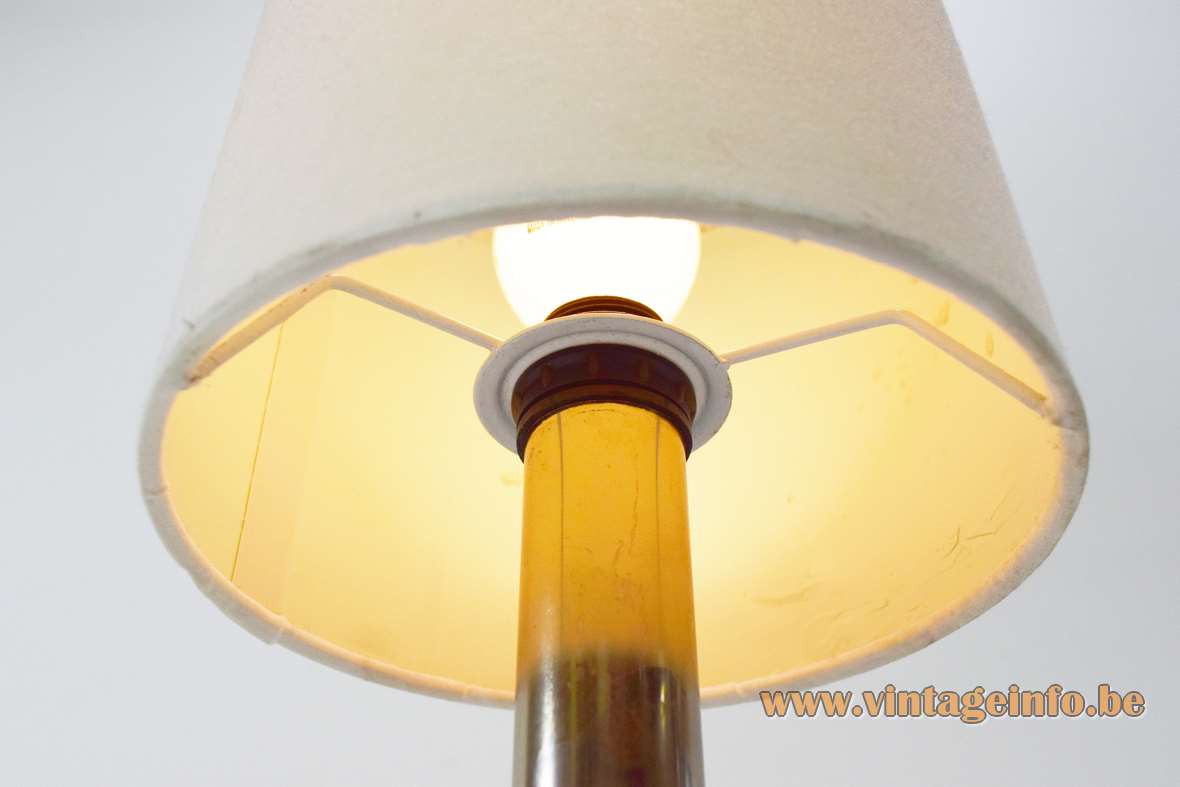 Materials: Chromed metal (iron) base, parts & globe. Cast iron counterweight inside the base. Green felt on the bottom of the base. Tubular white fabric lampshade. Bakelite E14 socket.

Other versions: This 1970s chrome globe table lamp was made in several varieties. A big brass version is also on display here on Vintageinfo.

This 1970s chrome globe table lamp has no marks or whatsoever. Inside is written with a pencil: 43.

Unfortunately the wiring and plug are replaced. The socket is original and made by VLM Components from Buccinasco near Milan in the 1970s.