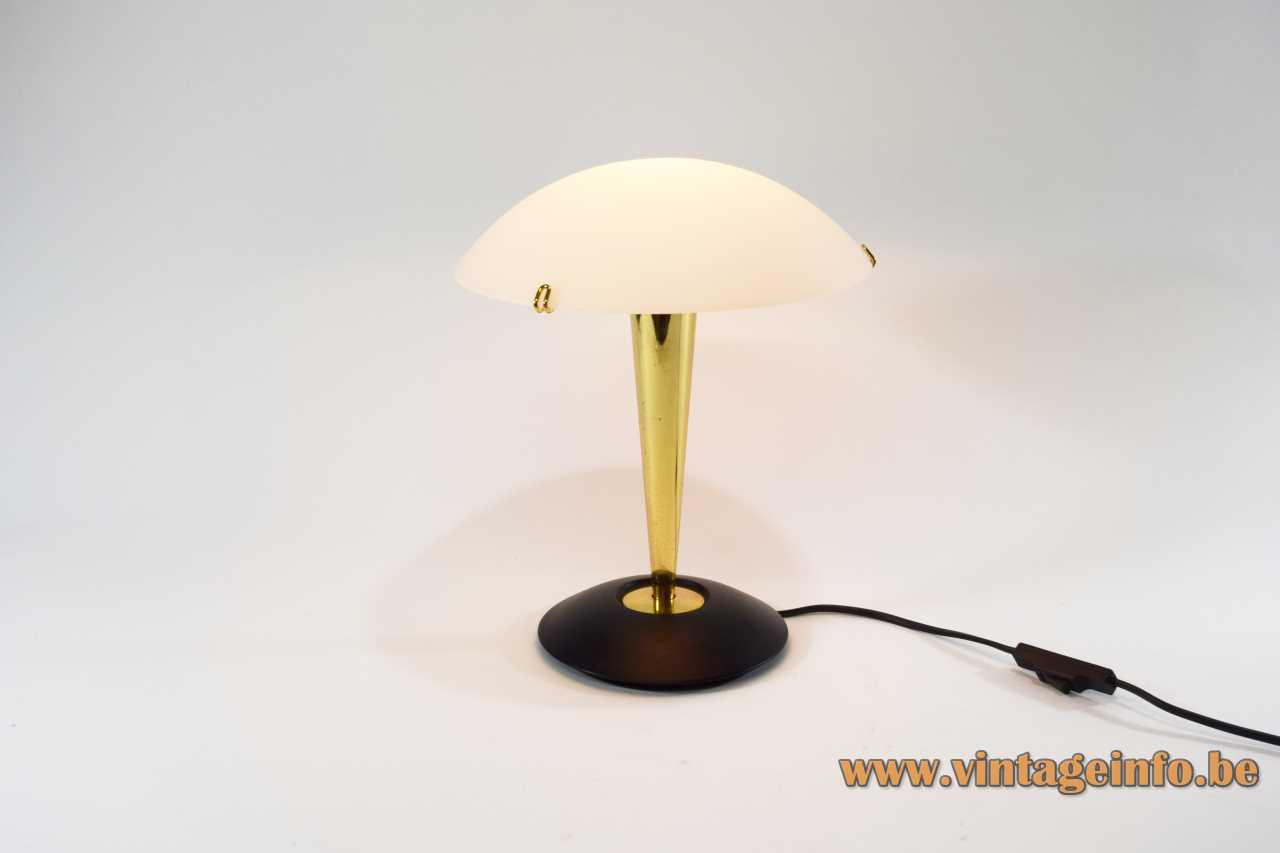 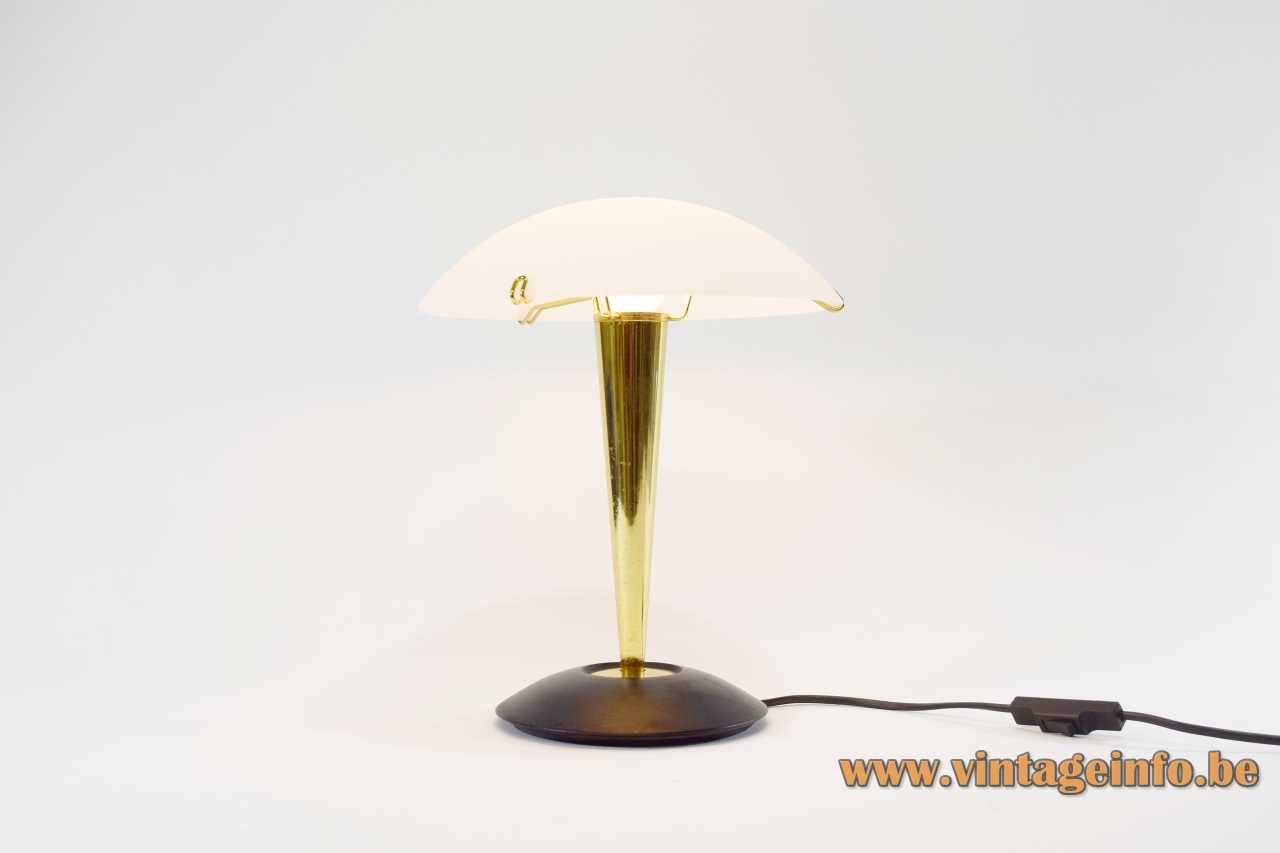 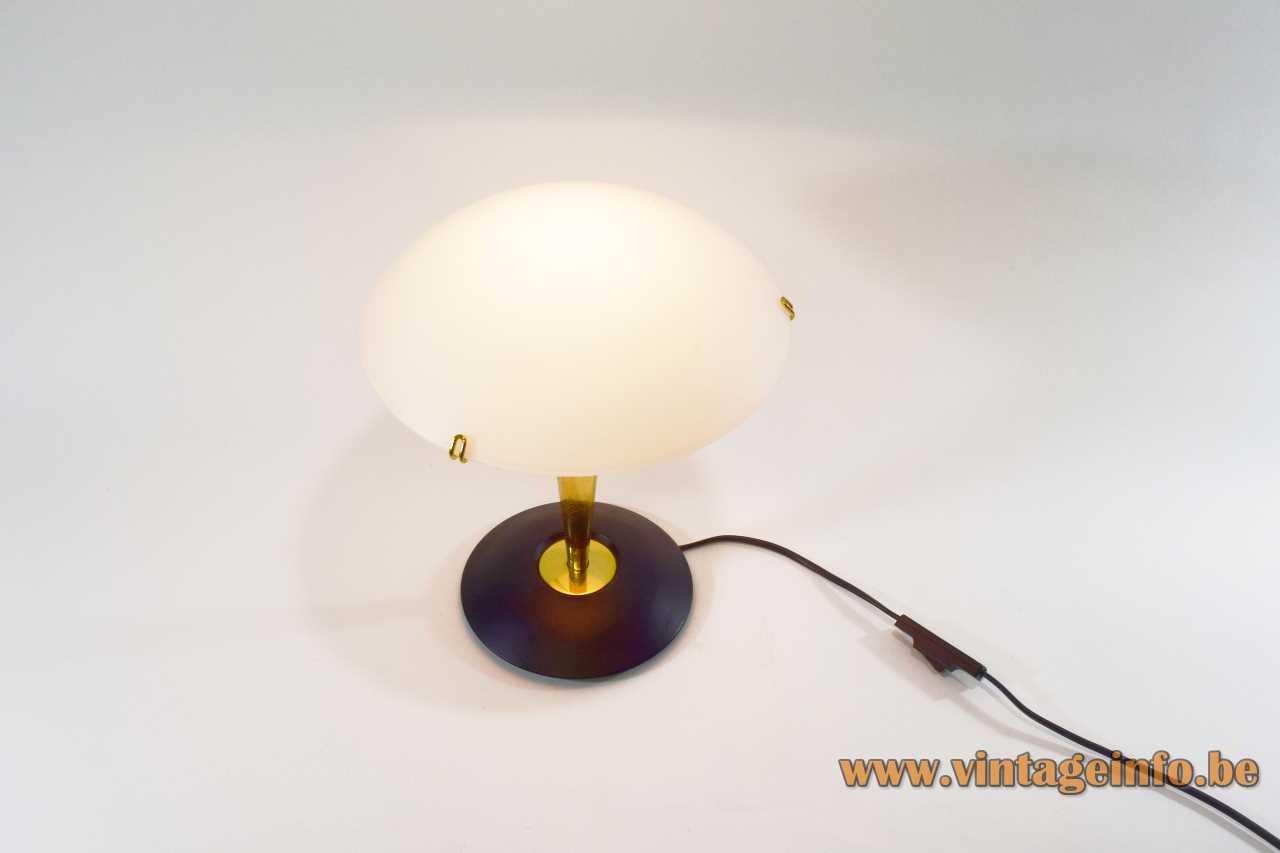 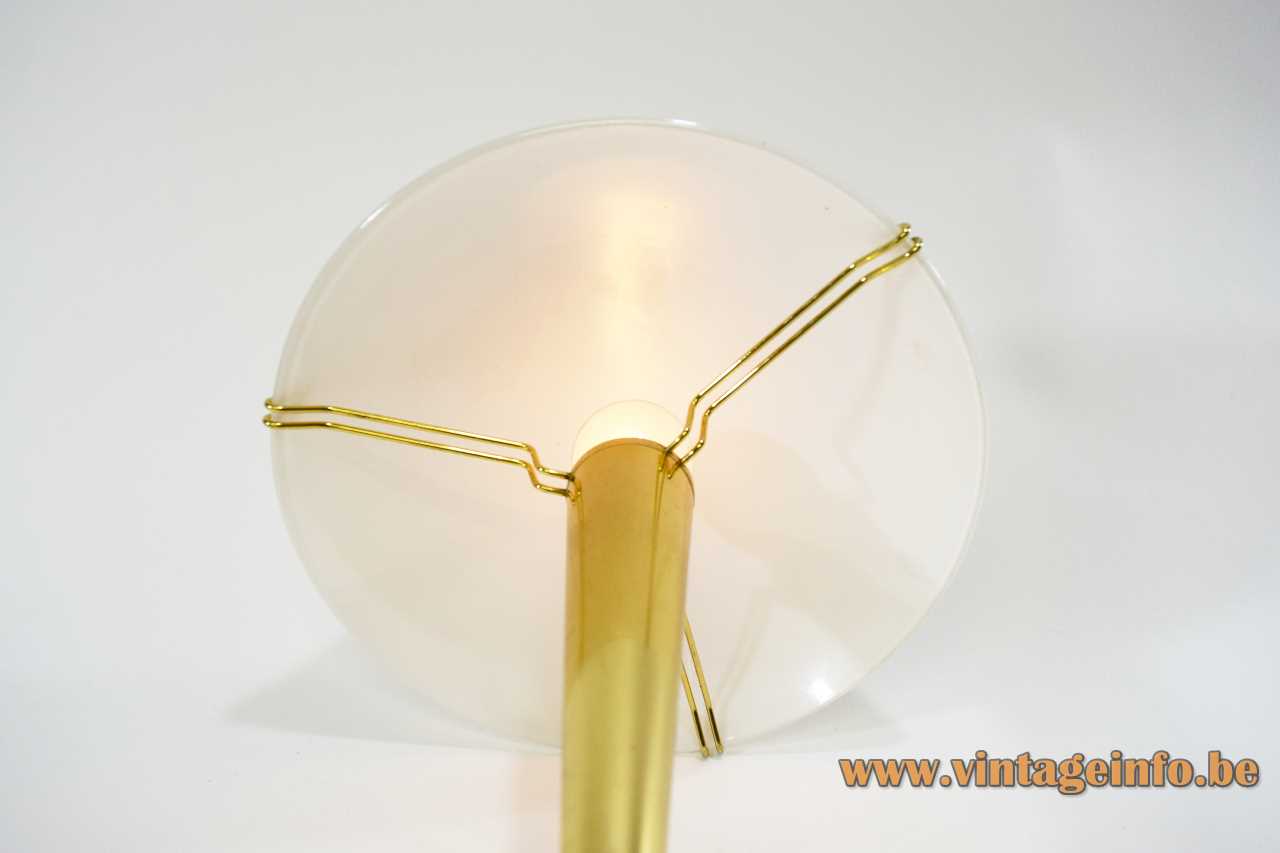 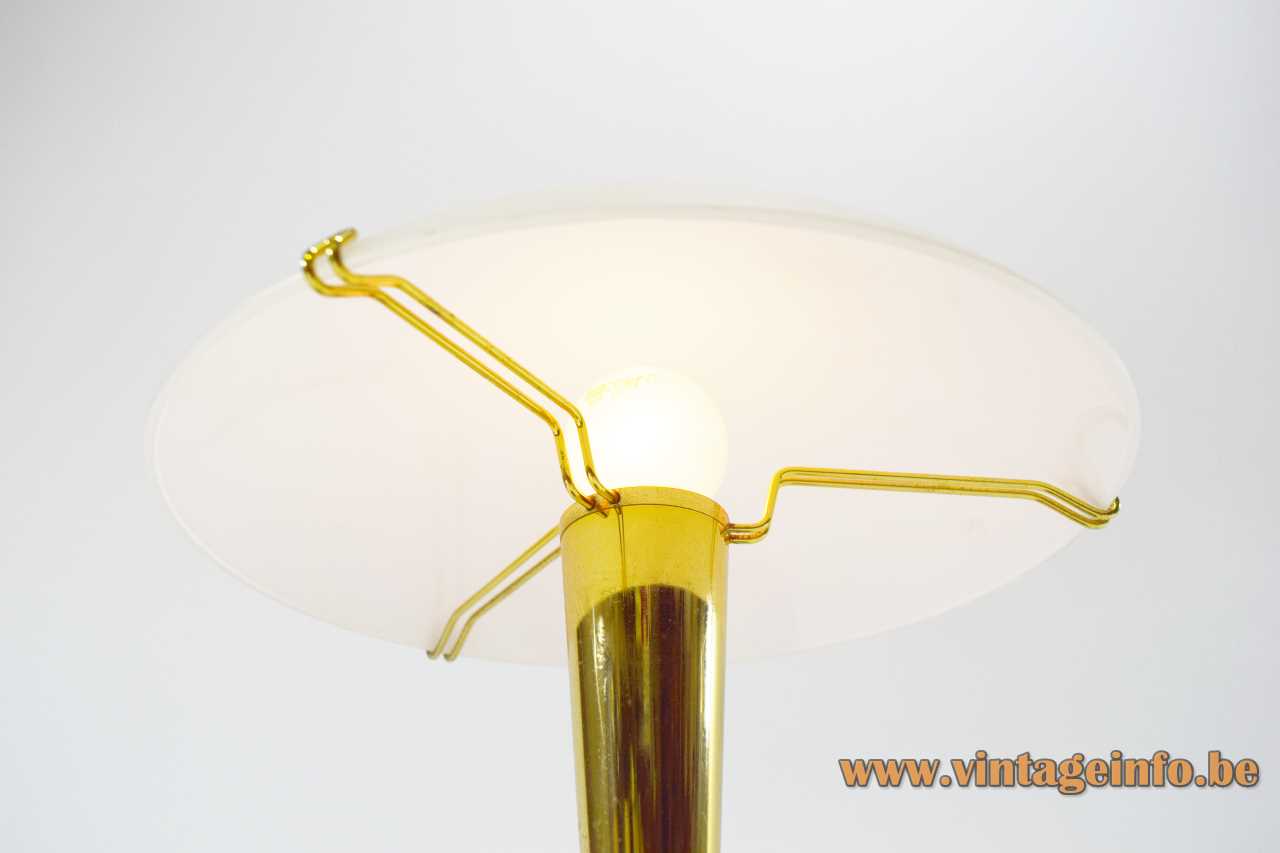 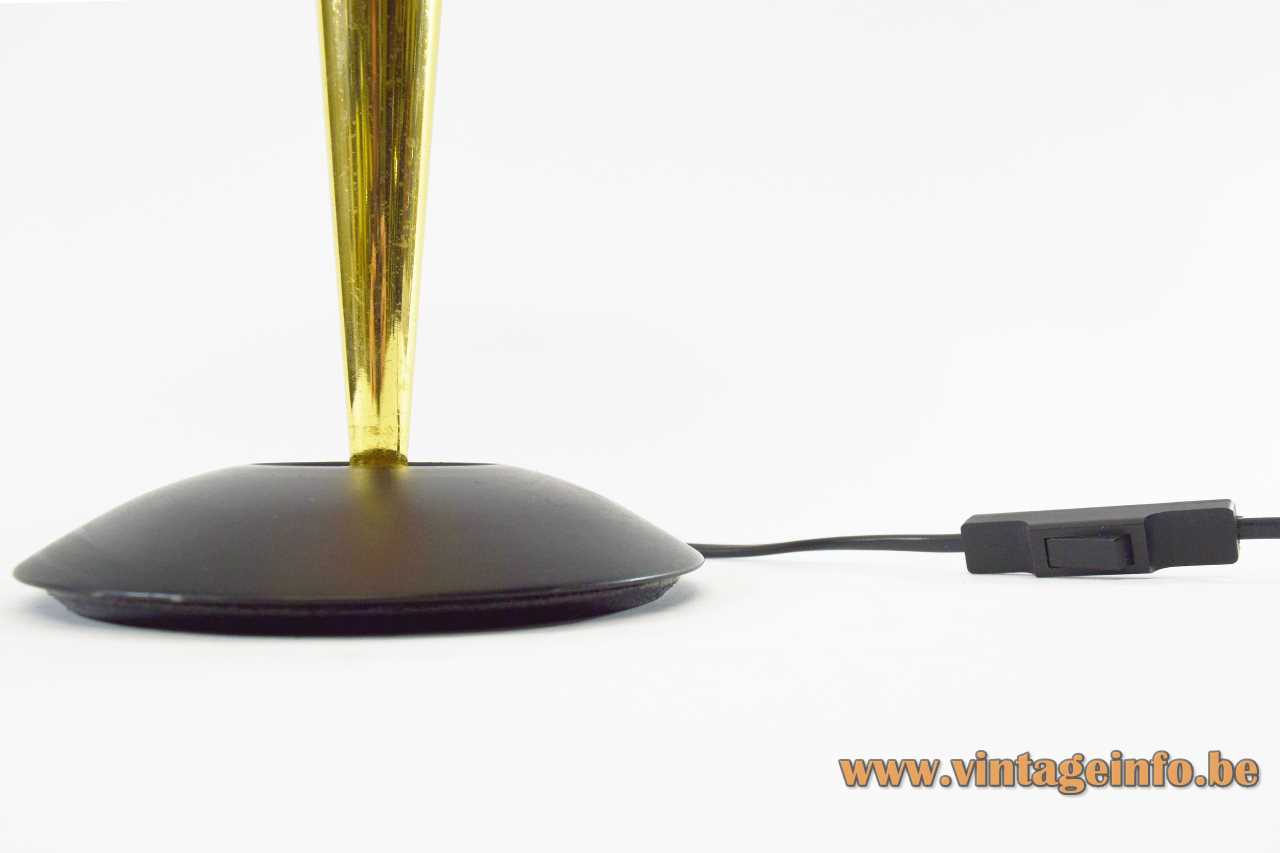 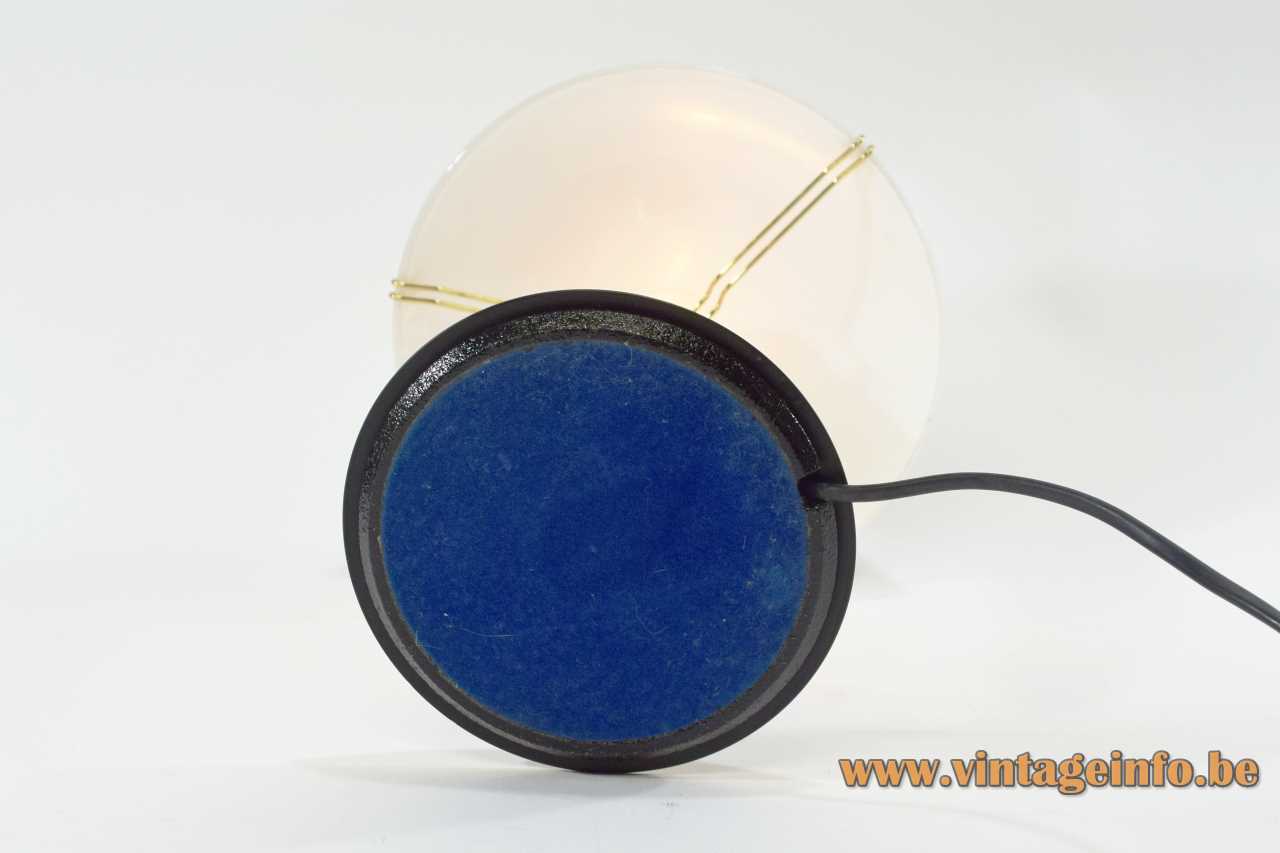 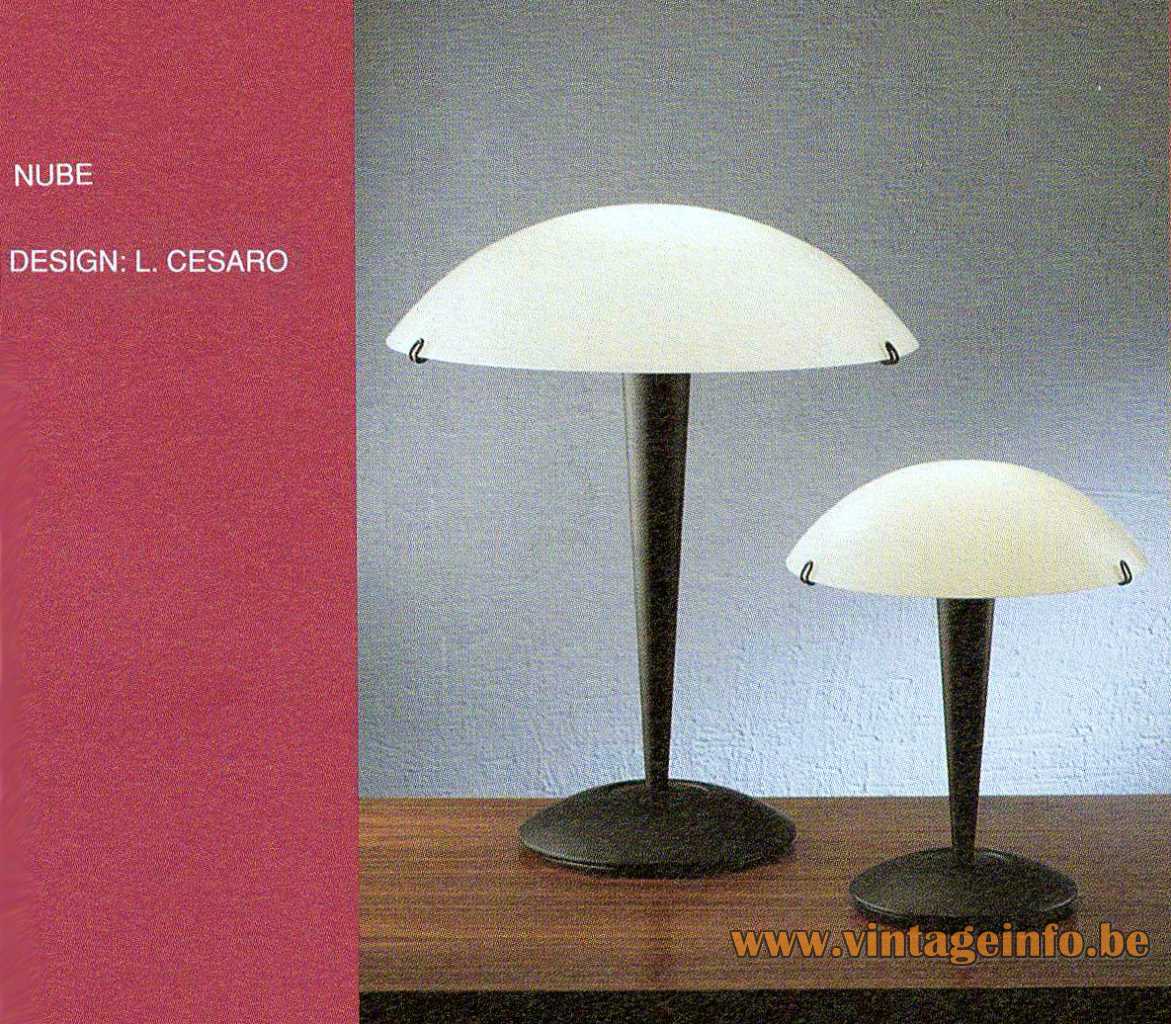 Other versions: This Tre Ci Luce Nube table lamp exists in two sizes and was also made in black and chrome, with a white or matte/frosted lampshade. It was made as a pendant lamp, wall lamp and floor lamp. This one is model 3555/25.

This table lamp is made in the art deco, Bauhaus style, but it was produced in the late 1980s, early 1990s.

Luciano Cesaro is an Italian designer. He designed almost the complete collection of Tre Ci/Luce lamps in the 90s. Among others, the Airel, Alien, Slice, Solaris, Skyline, Vega and Nube.

Tre Ci/Luce, literally translated as three there light, was established in the early seventies (1973) to produce lighting designs for domestic interiors with an emphasis on the search for style as a mix between form and innovative technical functions, creating products with an immediate visual impact that are pleasant additions to any atmosphere.

“High-quality looks, state-of-the-art materials and a careful study of both light sources and energy efficiency ensure that the essence of light is maximally controlled and exploited.”

“Custom made thanks to its own competence, skills and flexibility, Tre Ci/Luce manufactures special products on a daily basis, mainly on indication of specifiers. The changes can have different levels of complexity: from specific finishes, as particular RAL colours, to a change of the wattage’s of the light sources; from the addition of emergency units to the development of products with different types of installation, up to real and proper custom-made fixtures, studied and developed in order to find the best solution to meet the needs of the specifier.”

The Tre Ci/Luce company was declared bankrupt on October 1, 2015.

Designers that worked for Tre Ci/Luce are Paolo Bistacchi, Davide Maggione, Lorenzo Stano, Pierangelo Marucco, Ferrara Palladino, Fabio Amico, Luciano Cesaro, the Belgian designers Serge and Robert Cornelissen, and many others. CS&R was the internal design team of the company. 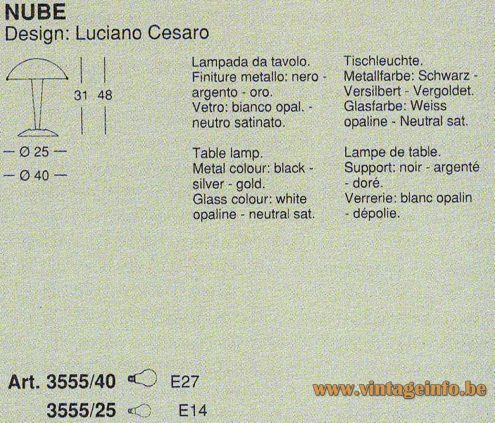