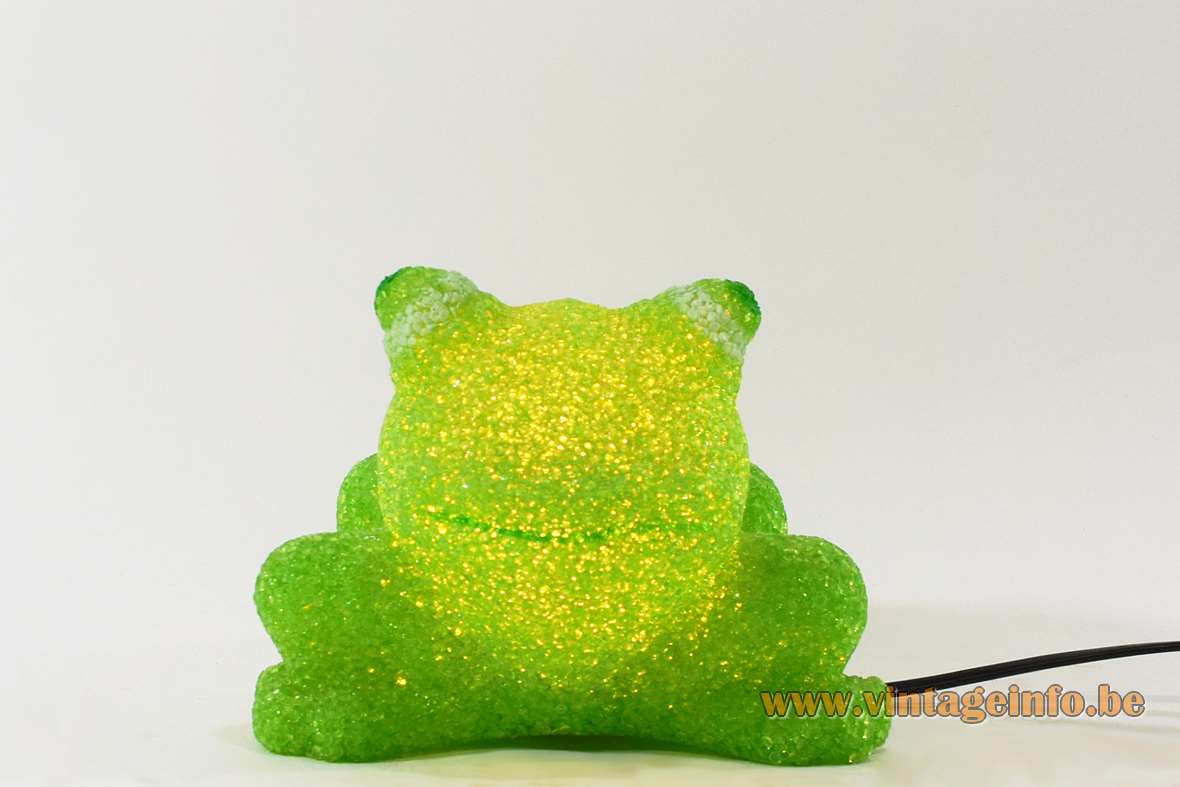 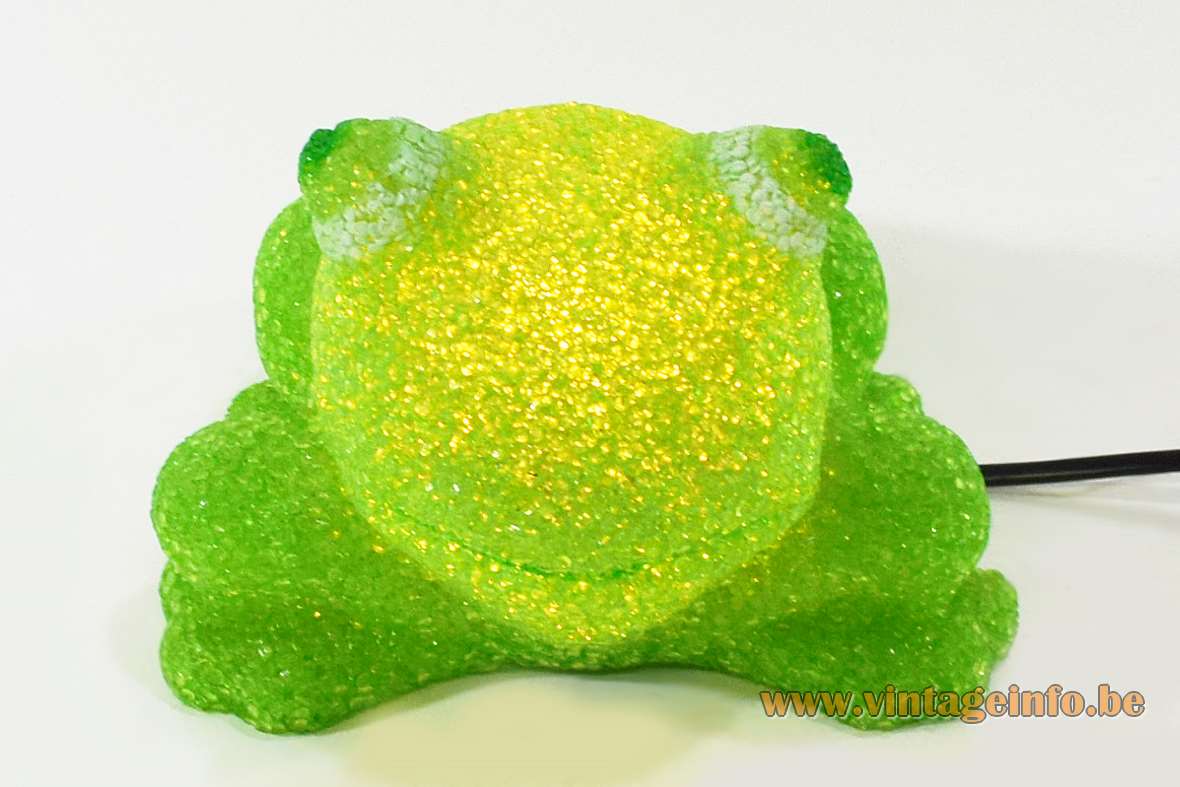 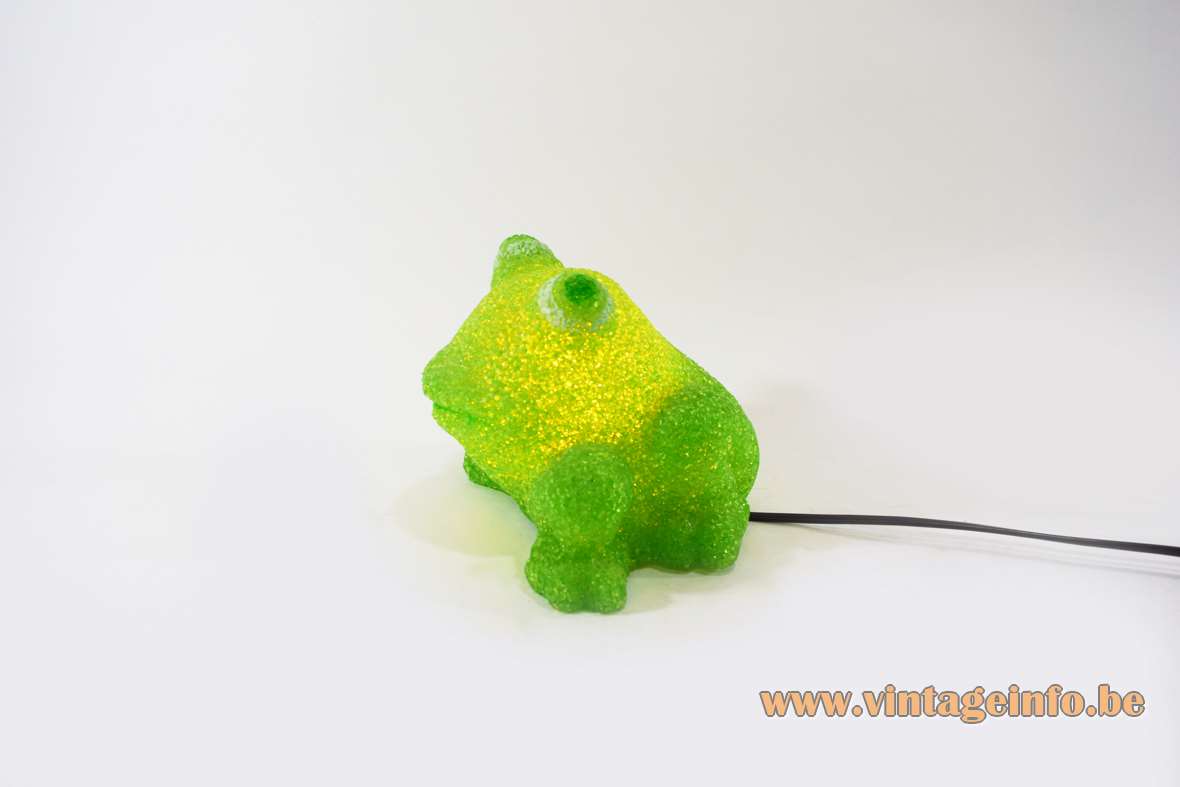 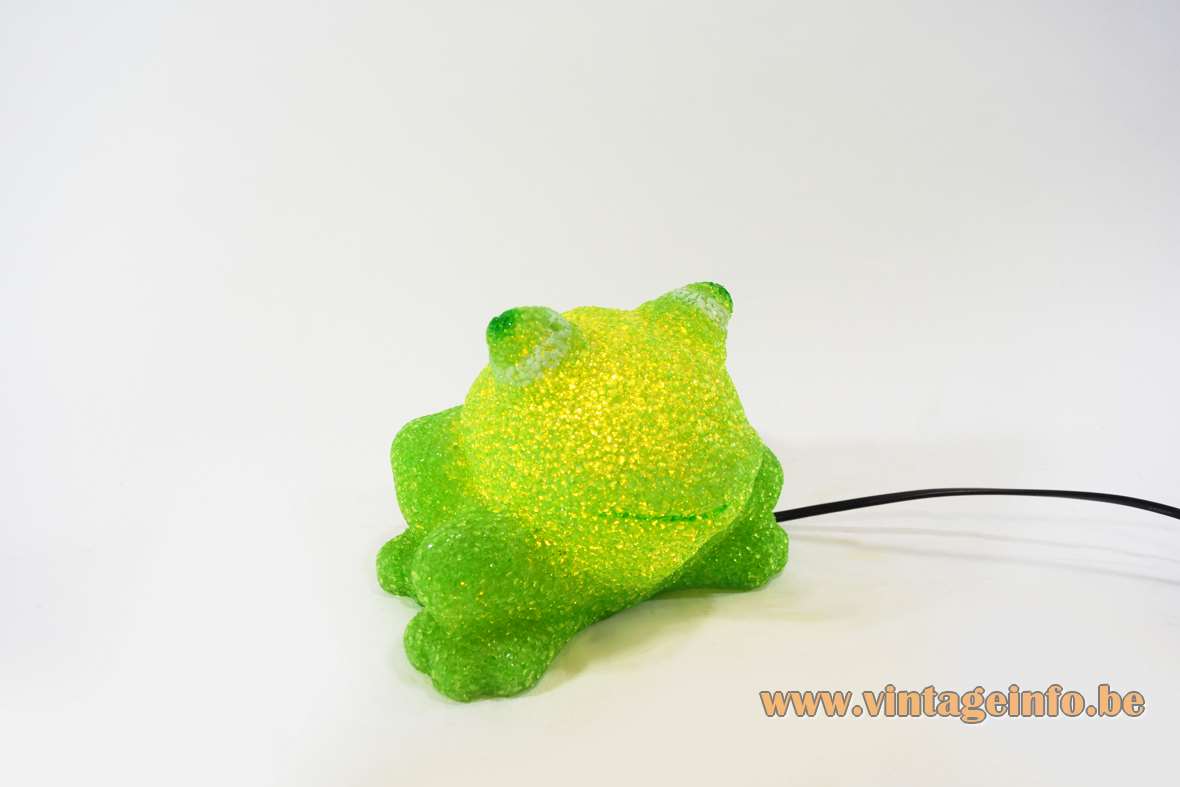 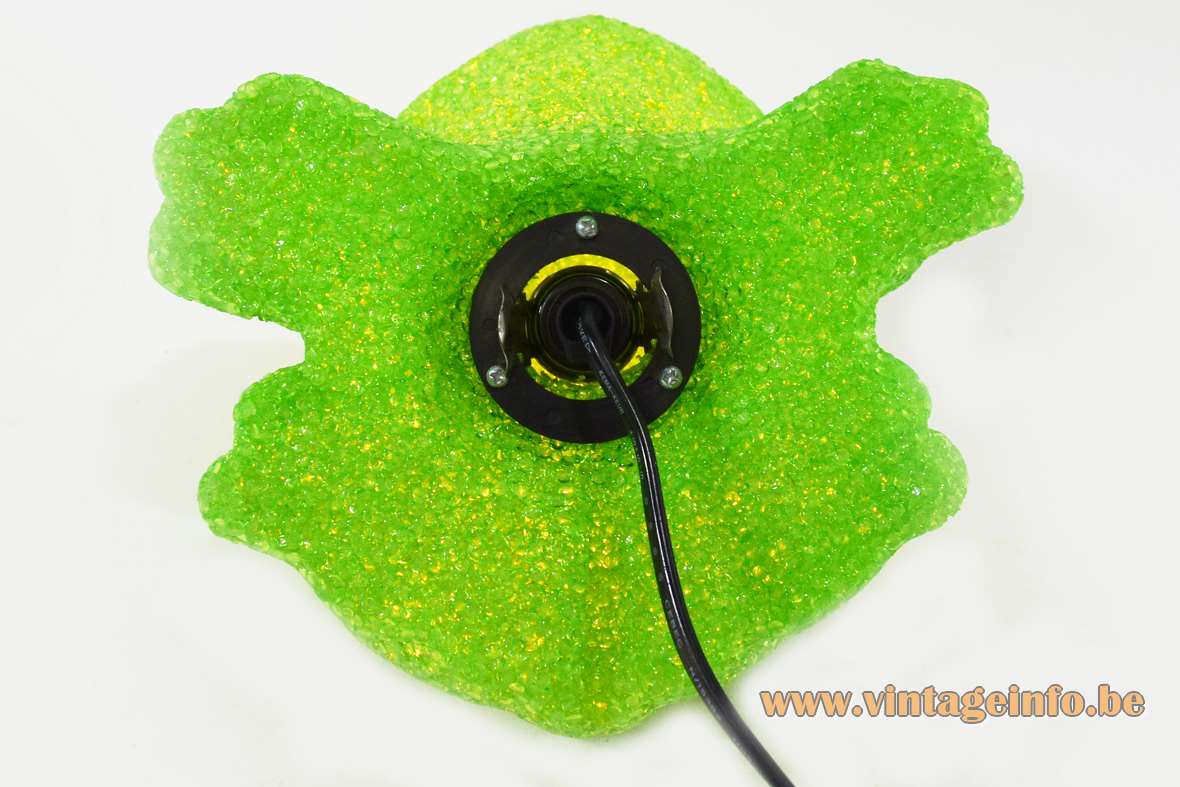 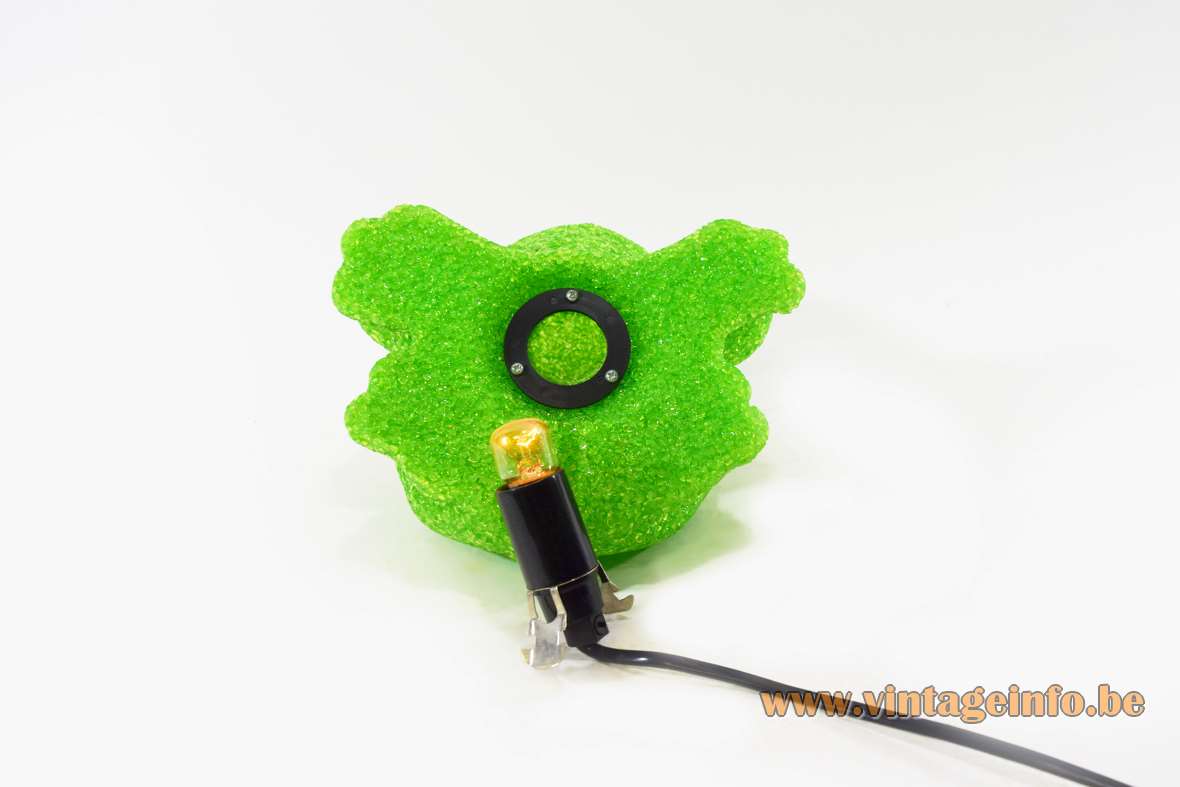 Other versions: This rubber frog table lamp exists in some varieties, also with a spring, as you can see below.

This frog or toad lamp was acquired in 1997 in a design shop in Antwerp, Belgium. It was ending business and there was a sale. There is no label present.

IKEA sold similar lamps in the same materials in the 2000s. I could not find it in any IKEA catalogue. Nevertheless, you sometimes find these lamps in a thrift store with an IKEA label.  Other lamps also exists. Hearts, several different animals and so on.

The website www.frogcompany.com sold this lamp for a long time, but the company no longer exist. It was sold as Crackle frog lamp W-EJ6063. 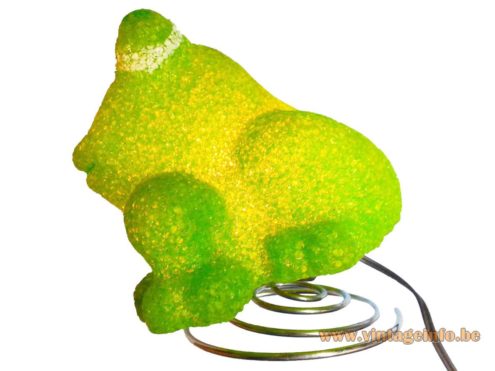