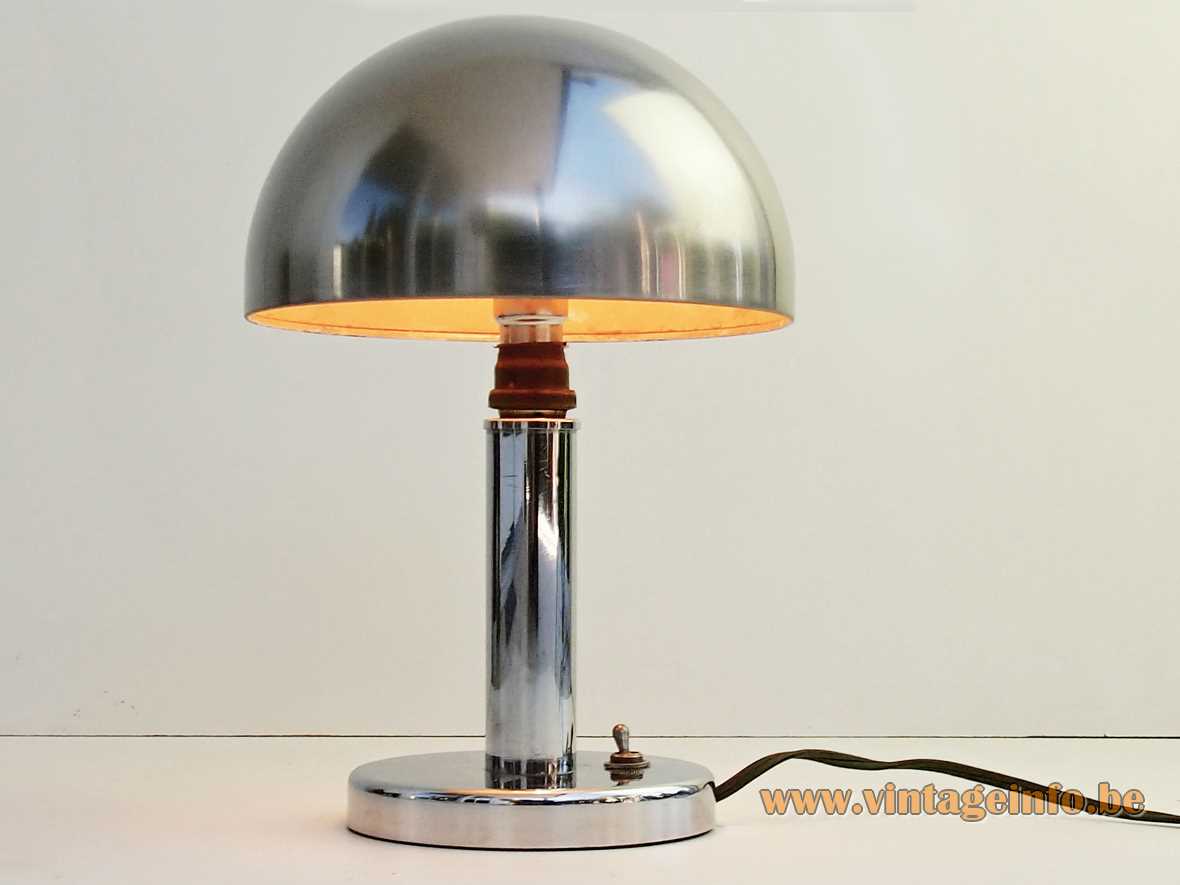 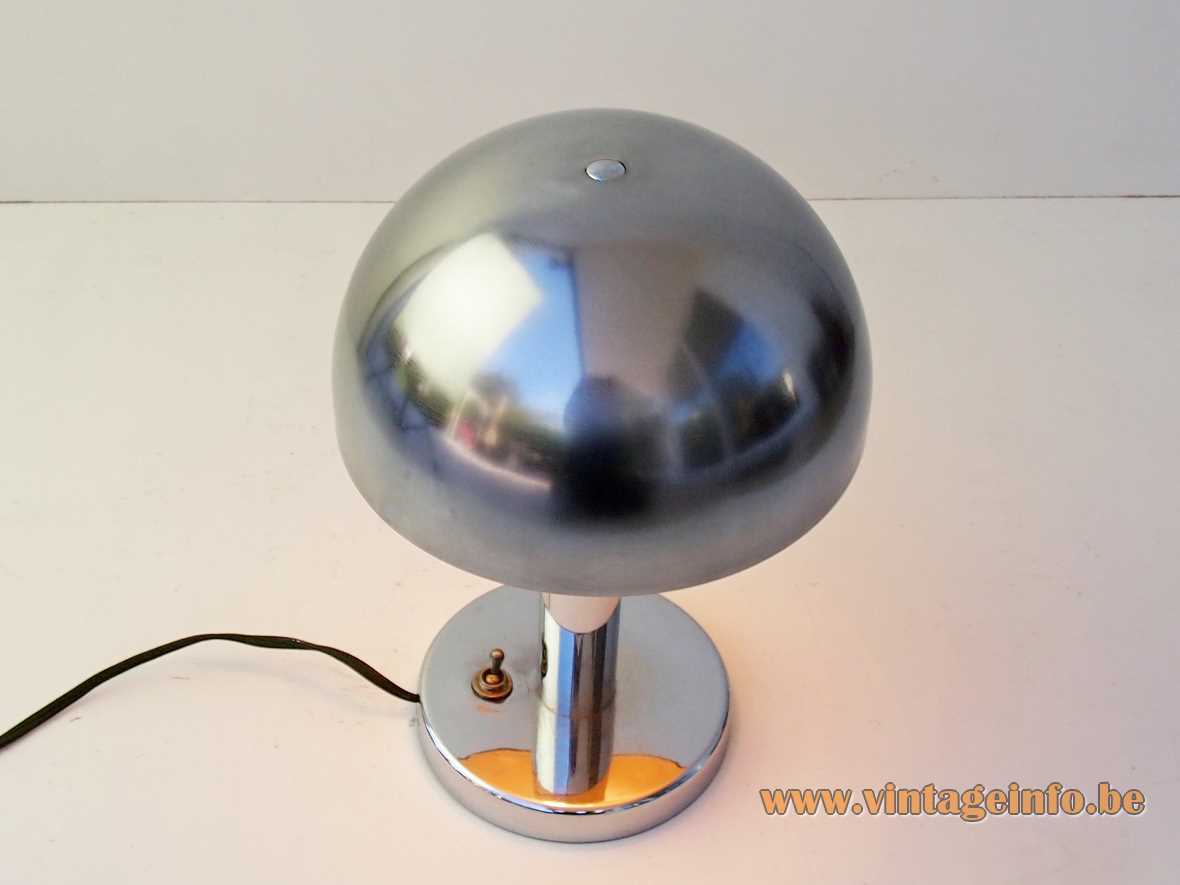 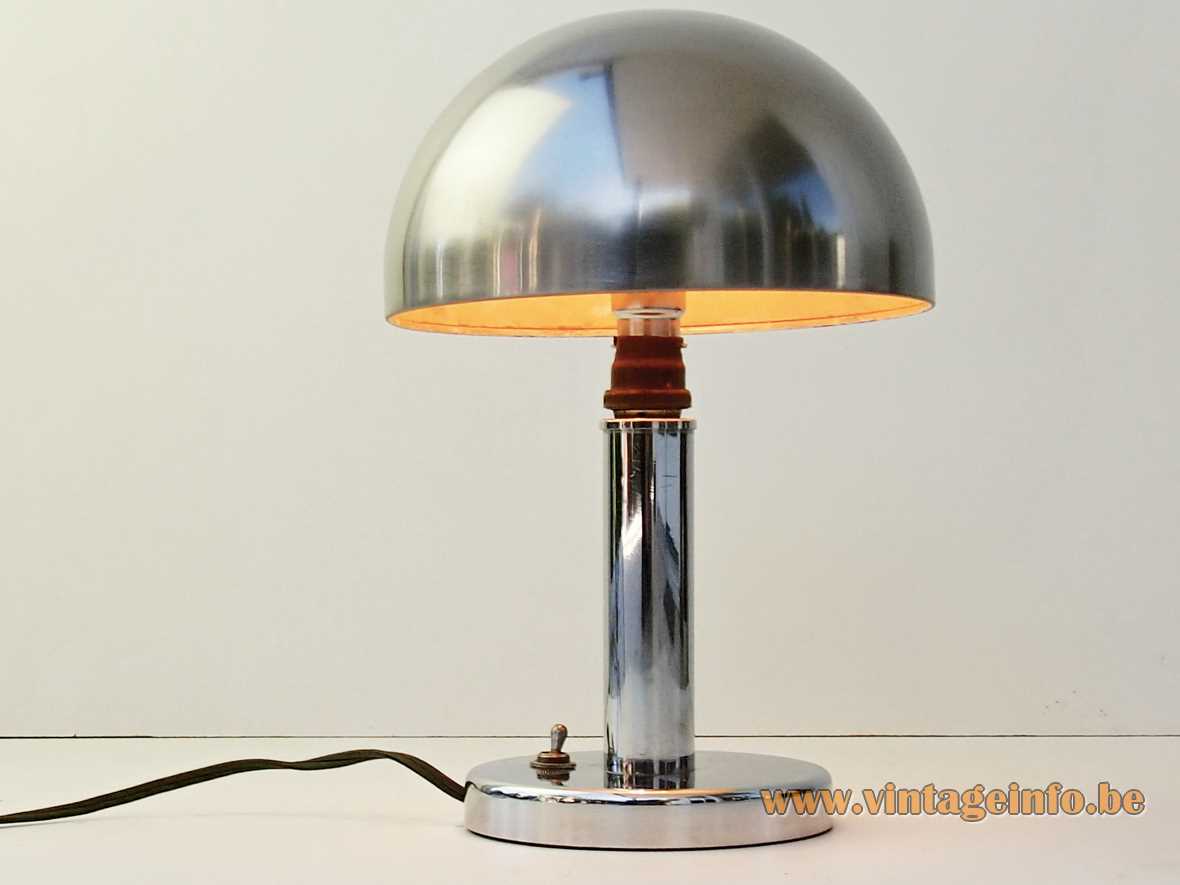 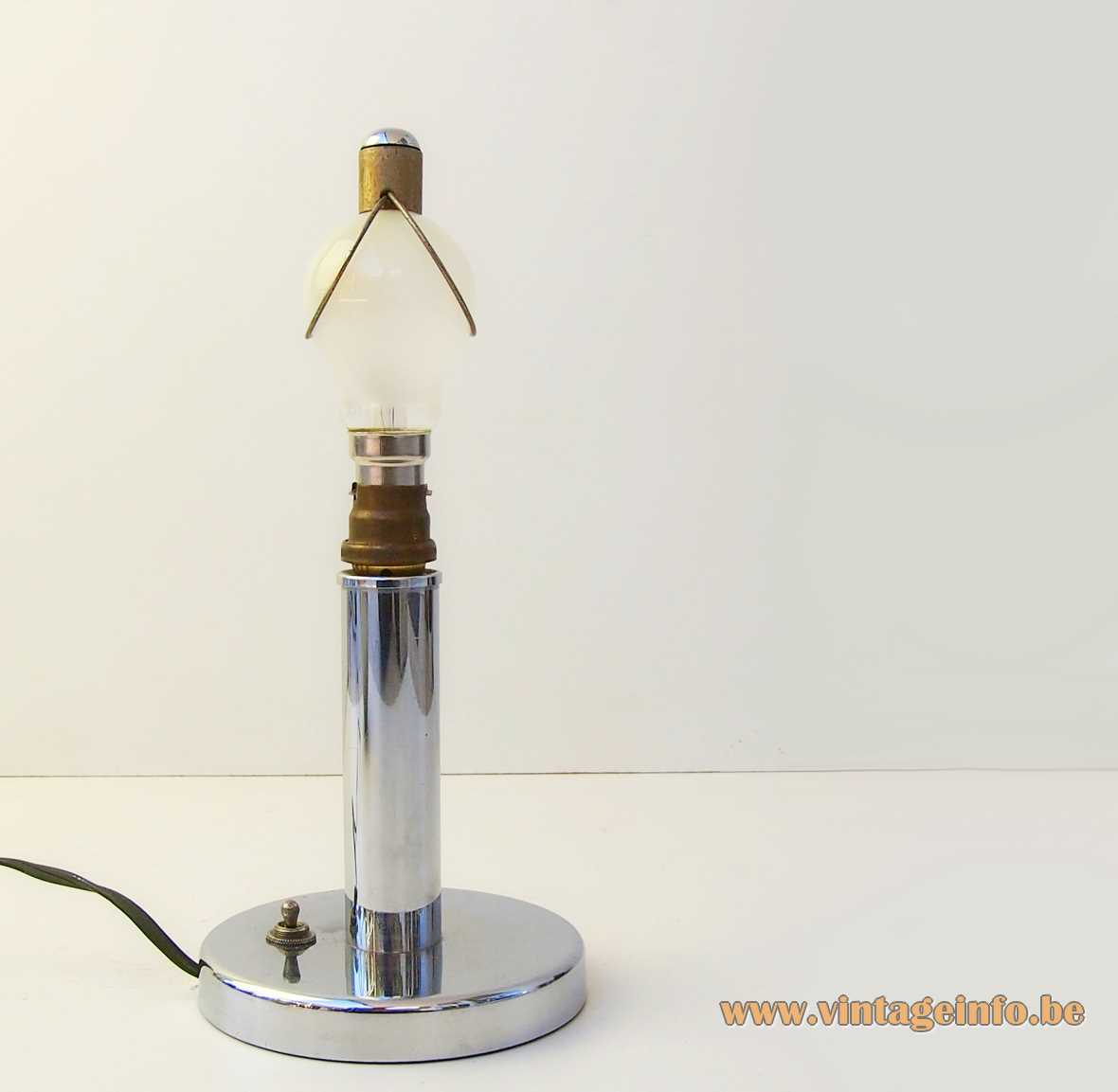 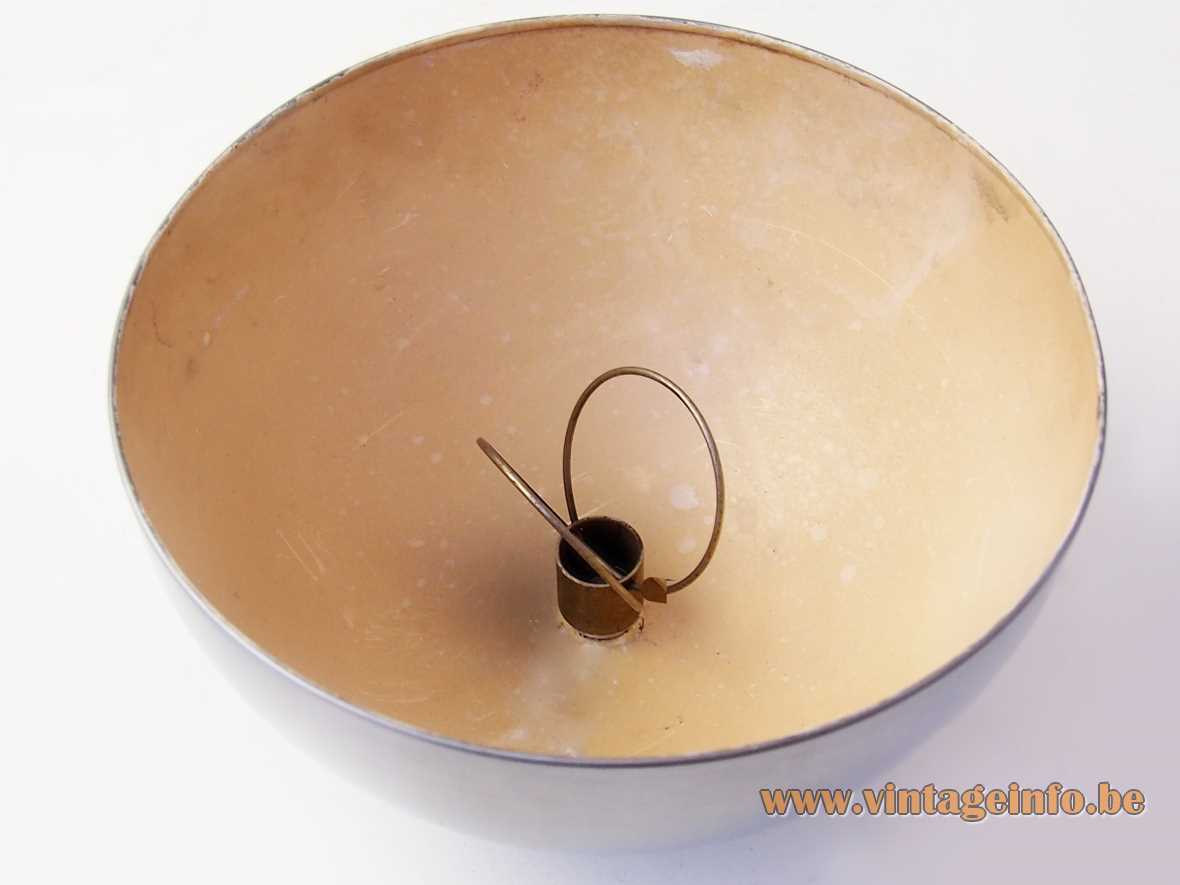 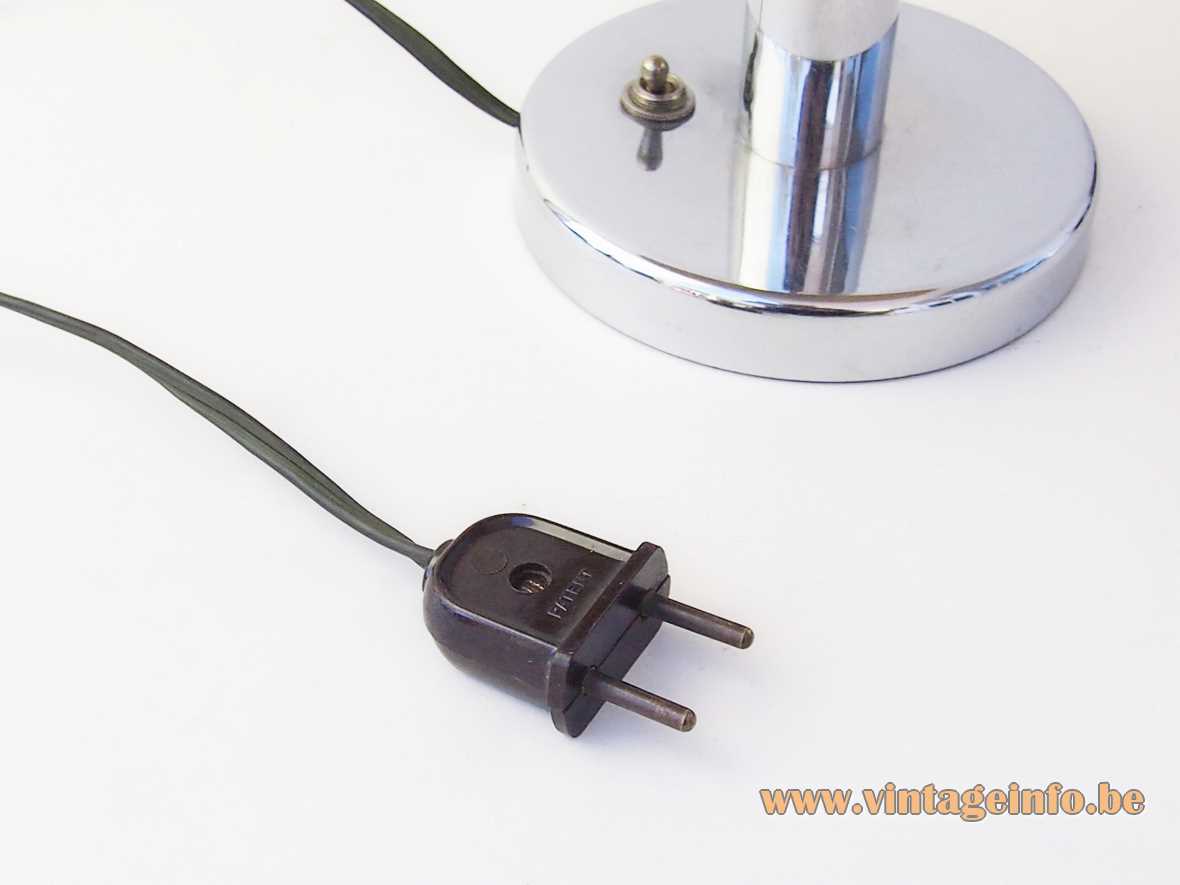 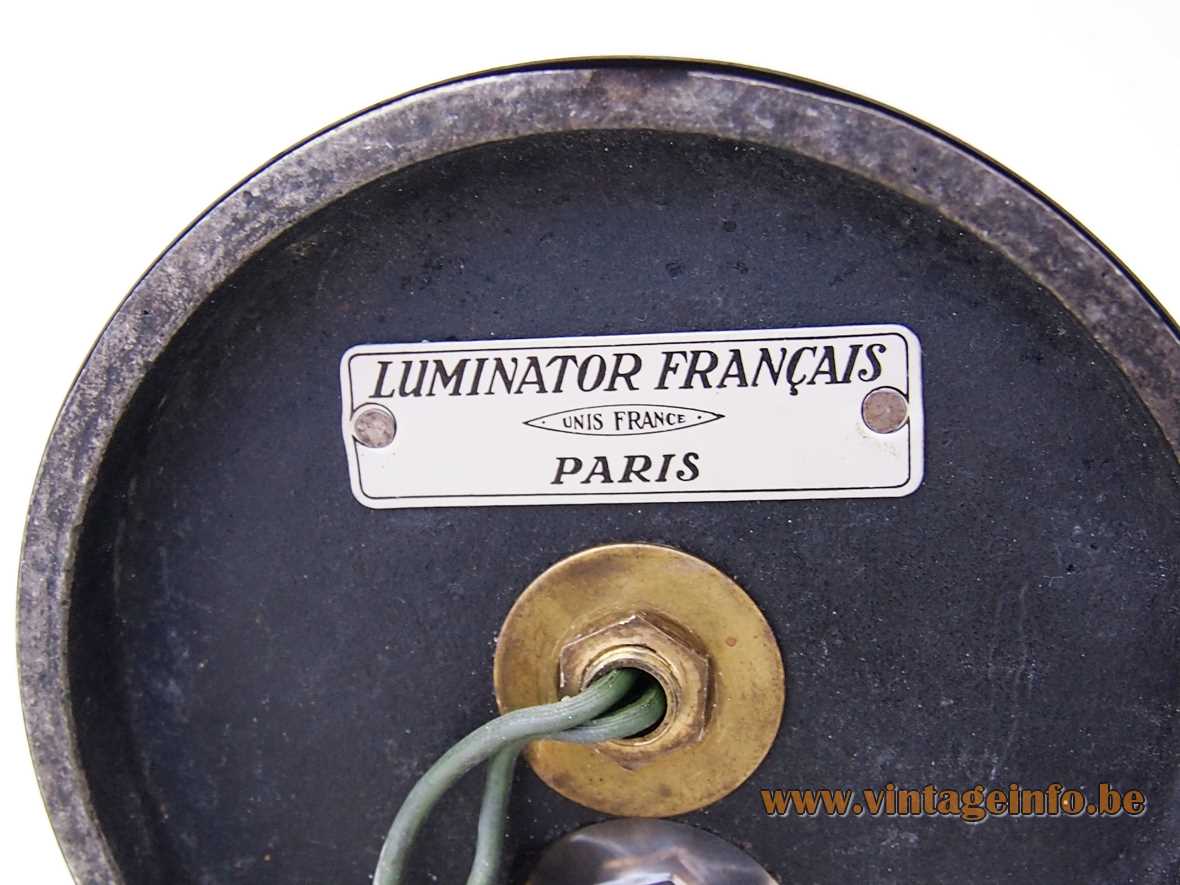 Other versions: This Luminator Paris mushroom table lamp was probably made in a few versions. This small version can be used as a bedside lamp or desk lamp.

Not much to be found about the Luminator Paris France lighting company. It was probably part of Unis France, as the label suggests. The Unis France company produced all kind of tools: binoculars, boilers, burners, clocks, dolls, toys and so on.

At least Jean Besnard and Jacques-Emile Ruhlmann designed lamps for the firm during that interwar period. Jacques Adnet and Jean Perzel would also have designed lamps for it, but I could not find any proof for it. Do you have an idea? Please let us know through the contact form and help improve the websites exactitude.

The Unis France company still exists. Today it is named SIF-Unis France.  SIF-Unis France was founded in 1888.  SIF is the acronym of Société Industrielle de Ferblanterie (Industrial Tinplate Company). Since 1993 it is located in Iwuy, near Cambrai in the North of France. The company originated from the merger of the formerly independent companies SIF, Lemasson and Unis France. Today they produce baking tins, roasters, pastry and kitchen accessories.

This Luminator Paris mushroom table lamp is equipped with a plug with the initials SGDG. It is the abbreviation of Breveté Sans Garantie Du Gouvernement (patented without government guarantee) A type of patent that ceased to exist in 1968.

SIF Unis France website was located on sif-unis.com, it is offline since 2020.