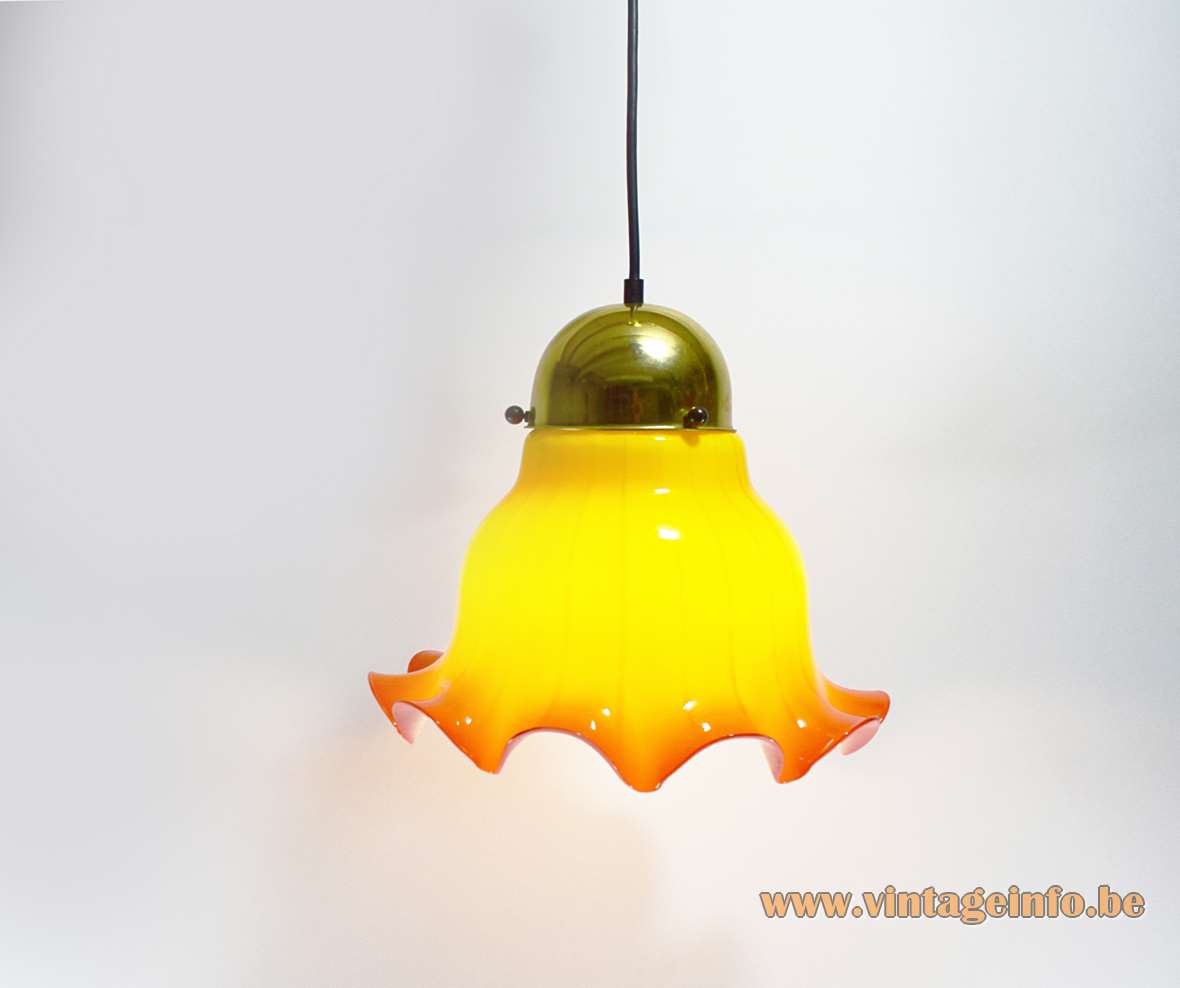 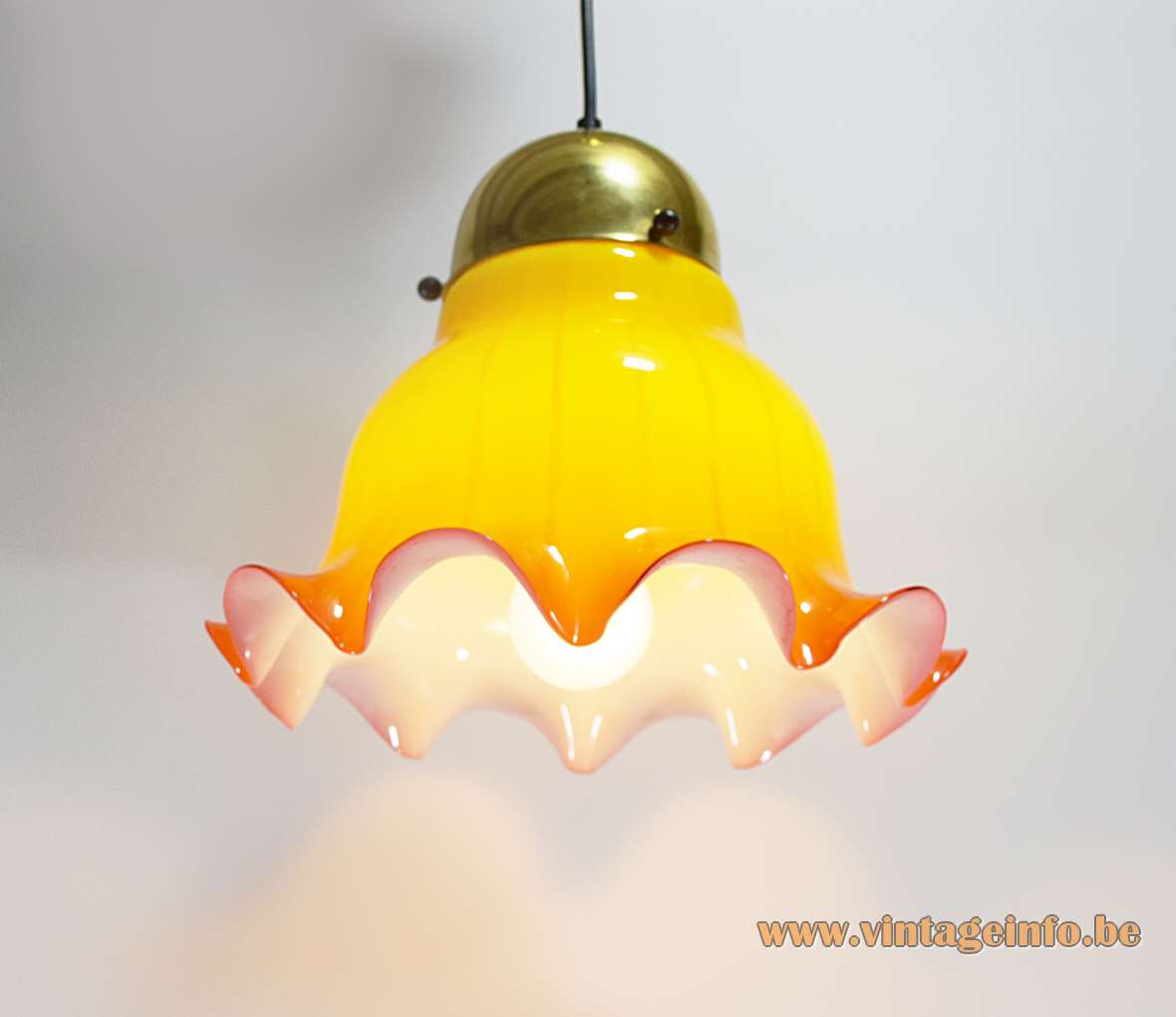 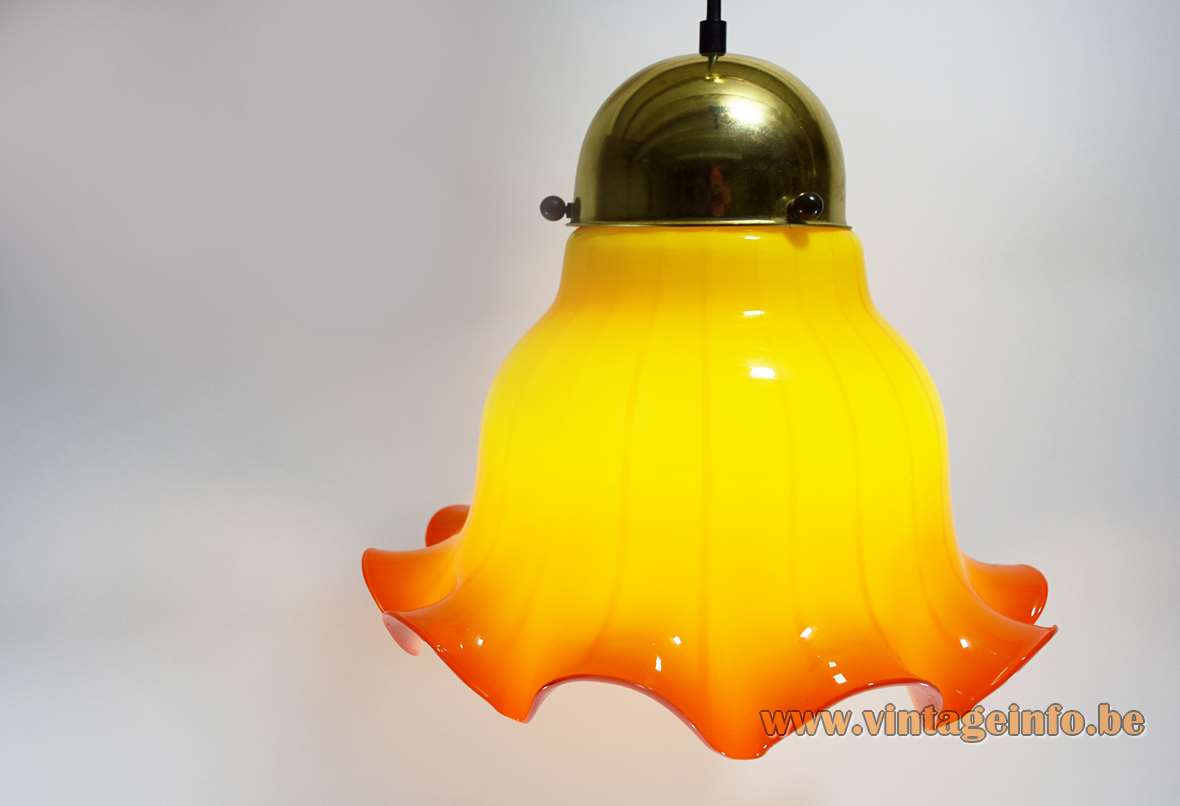 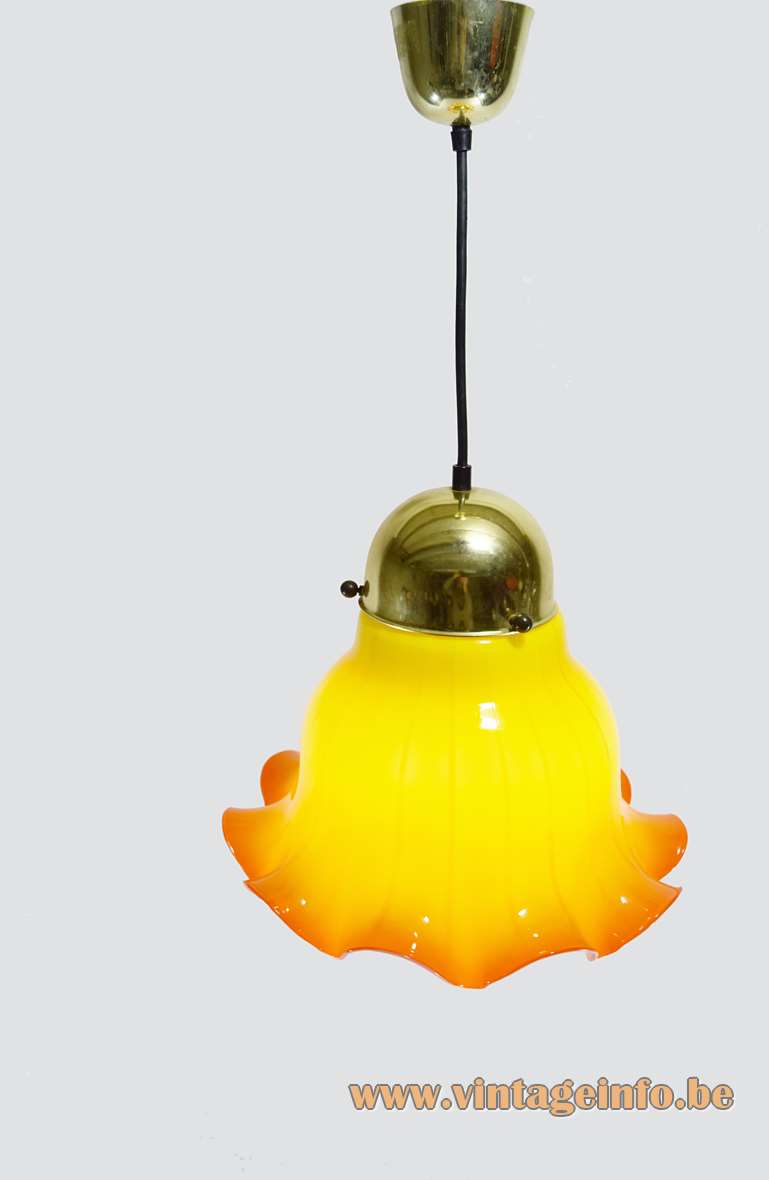 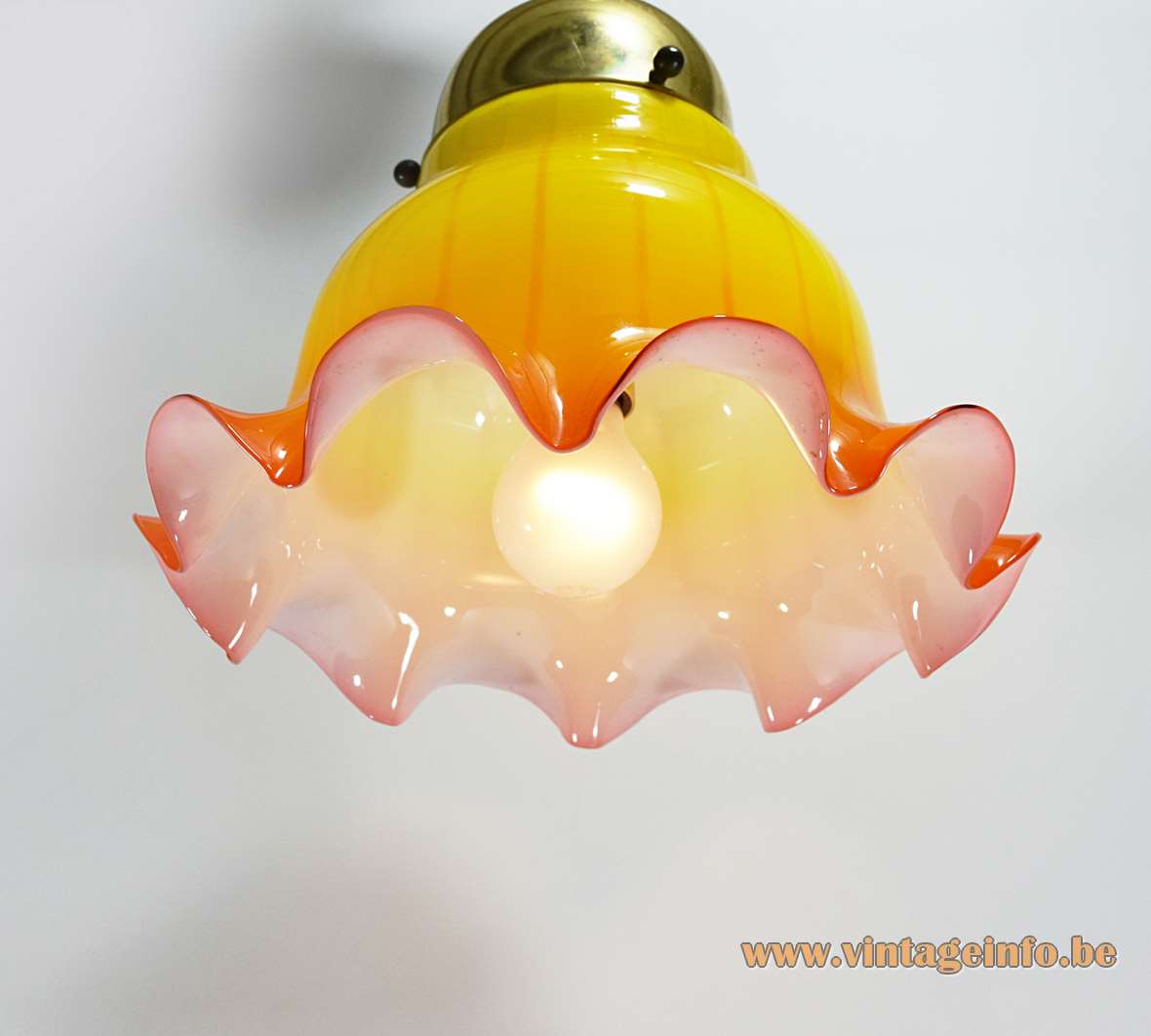 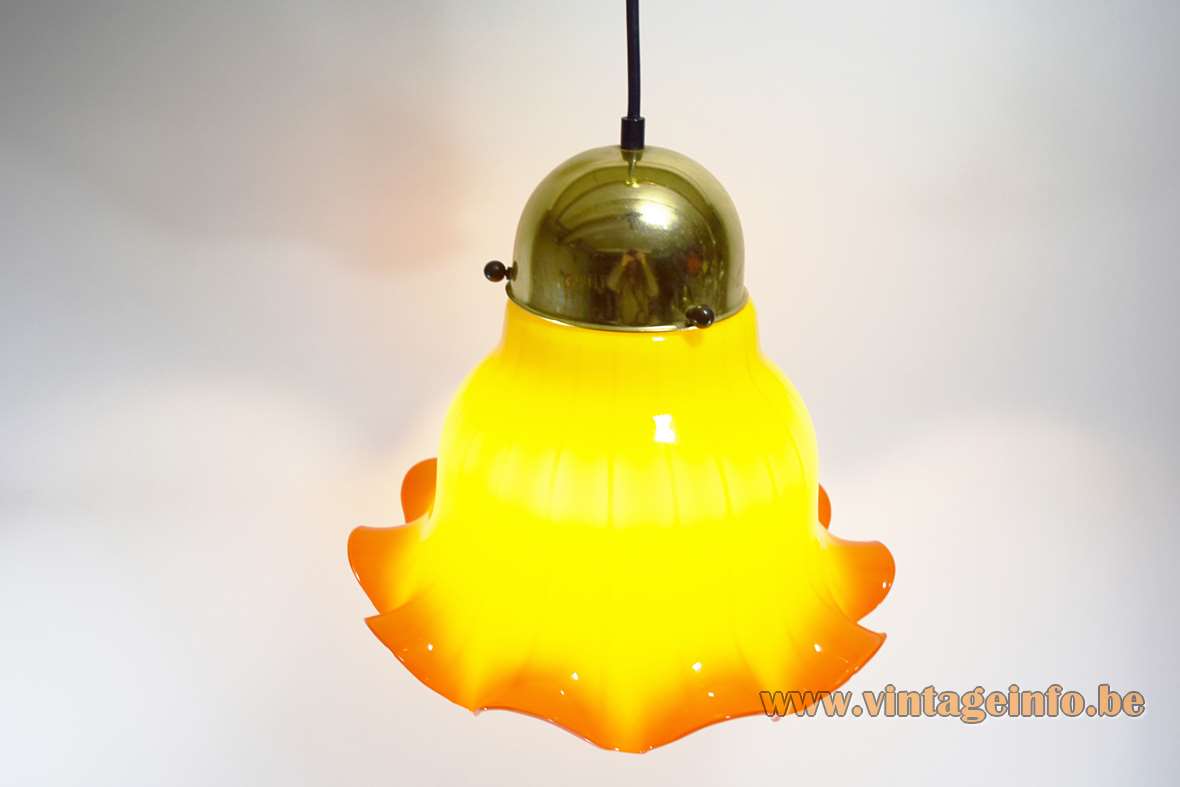 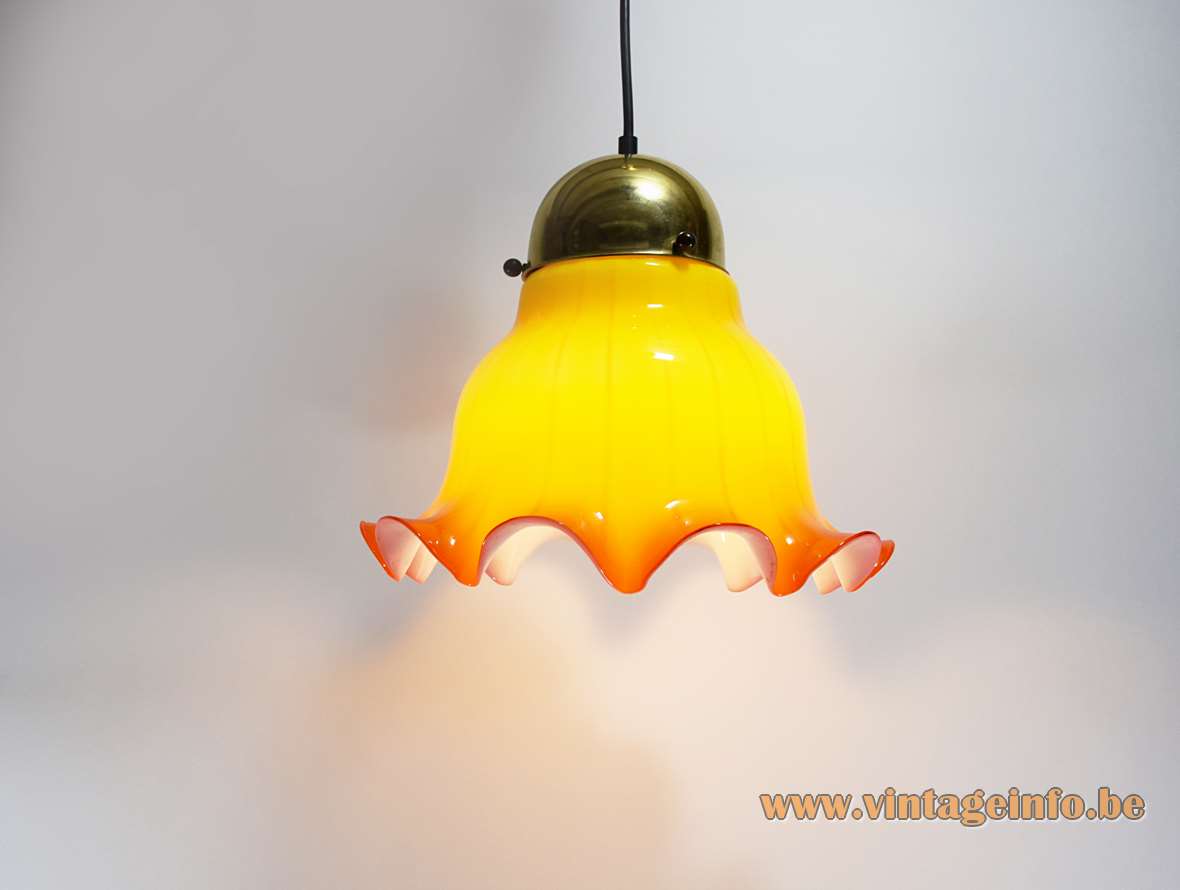 Other versions: This Peill + Putzler petticoat pendant lamp exists in many different forms, colours and sizes.

These type of lamps are often named “Fazzoletto” lamps. The Italian word for handkerchief. The Fazzoletto vase is a design by Fulvio Bianconi (1948 – 2016) for Venini. This pendant lamp has more similarities with a petticoat than a handkerchief. 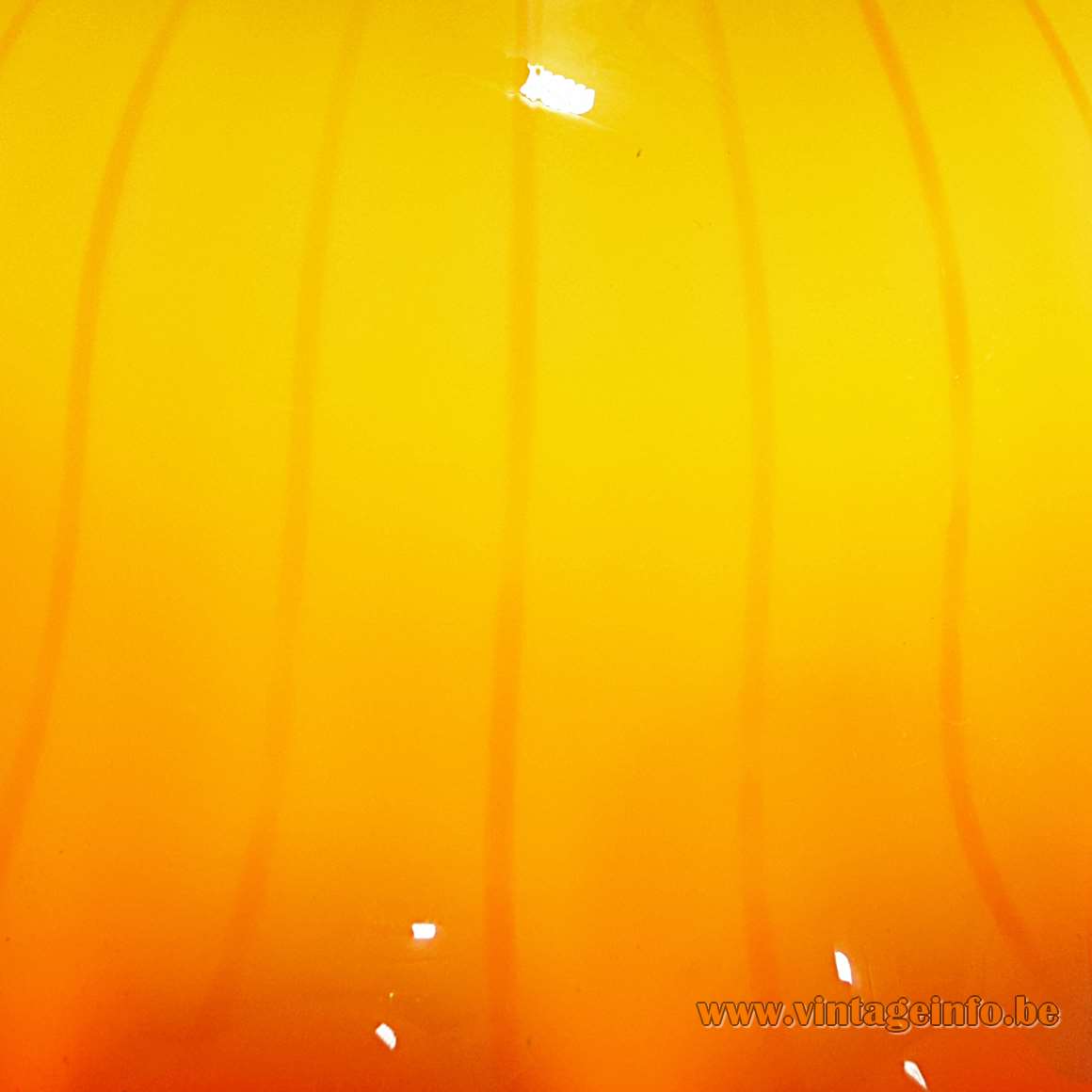 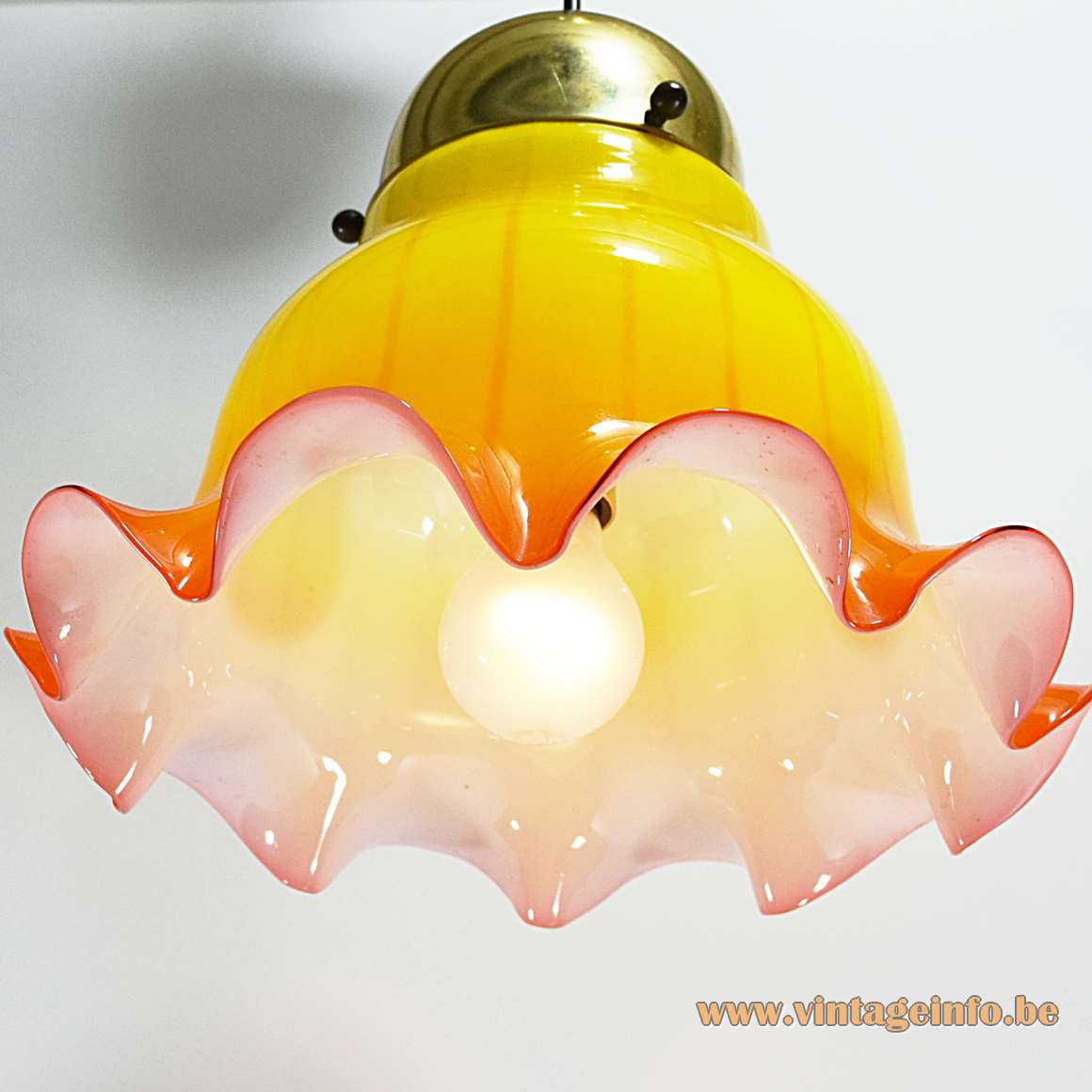 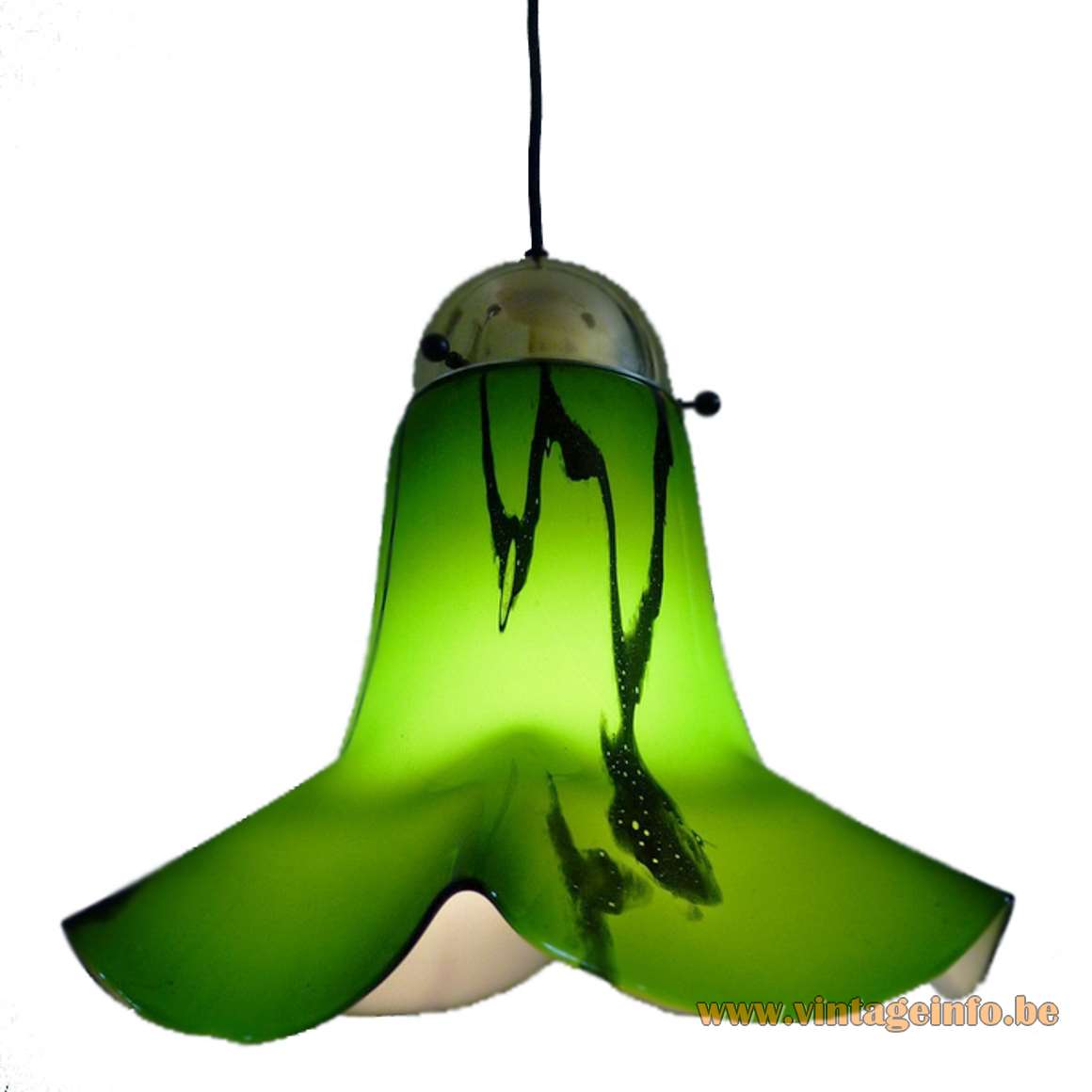 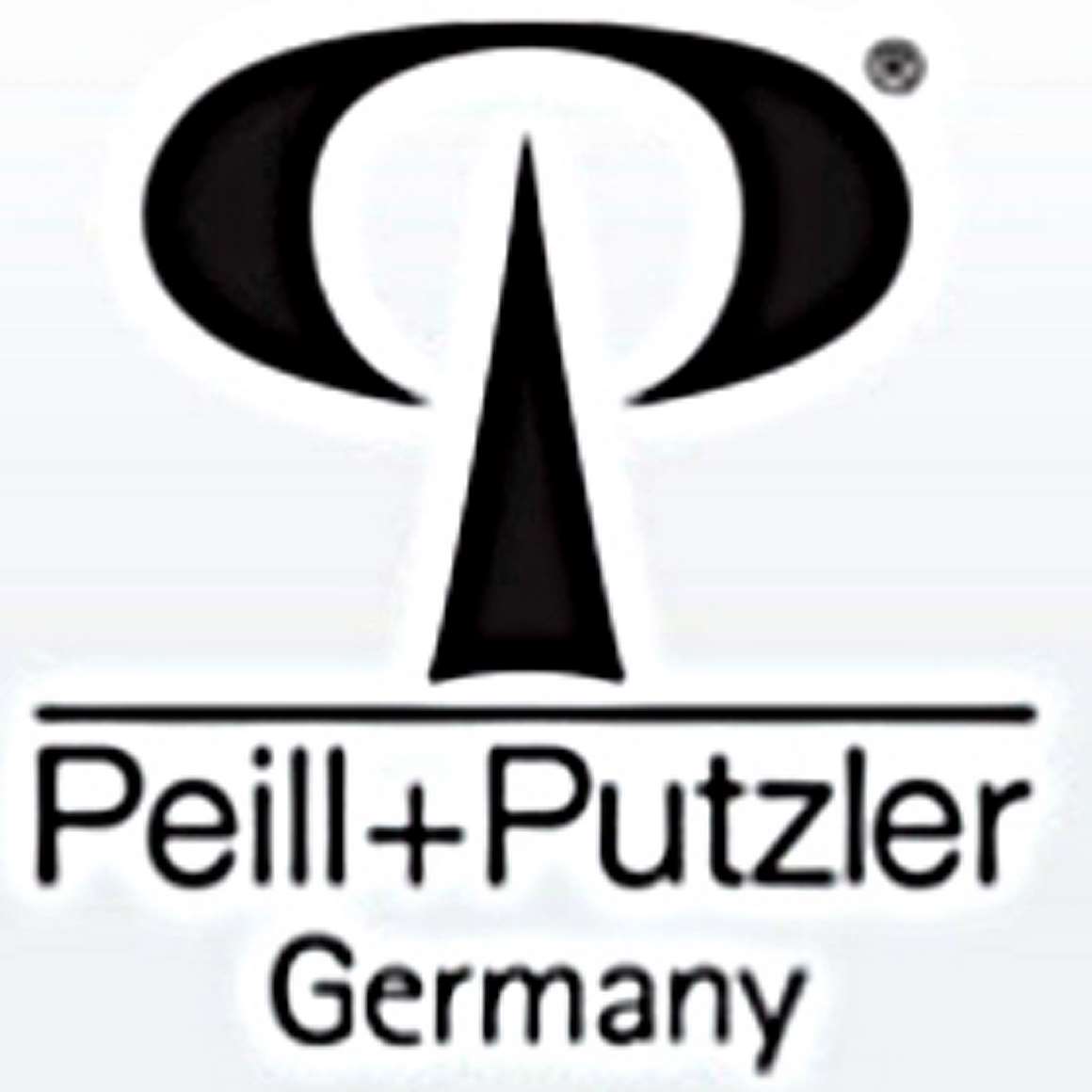