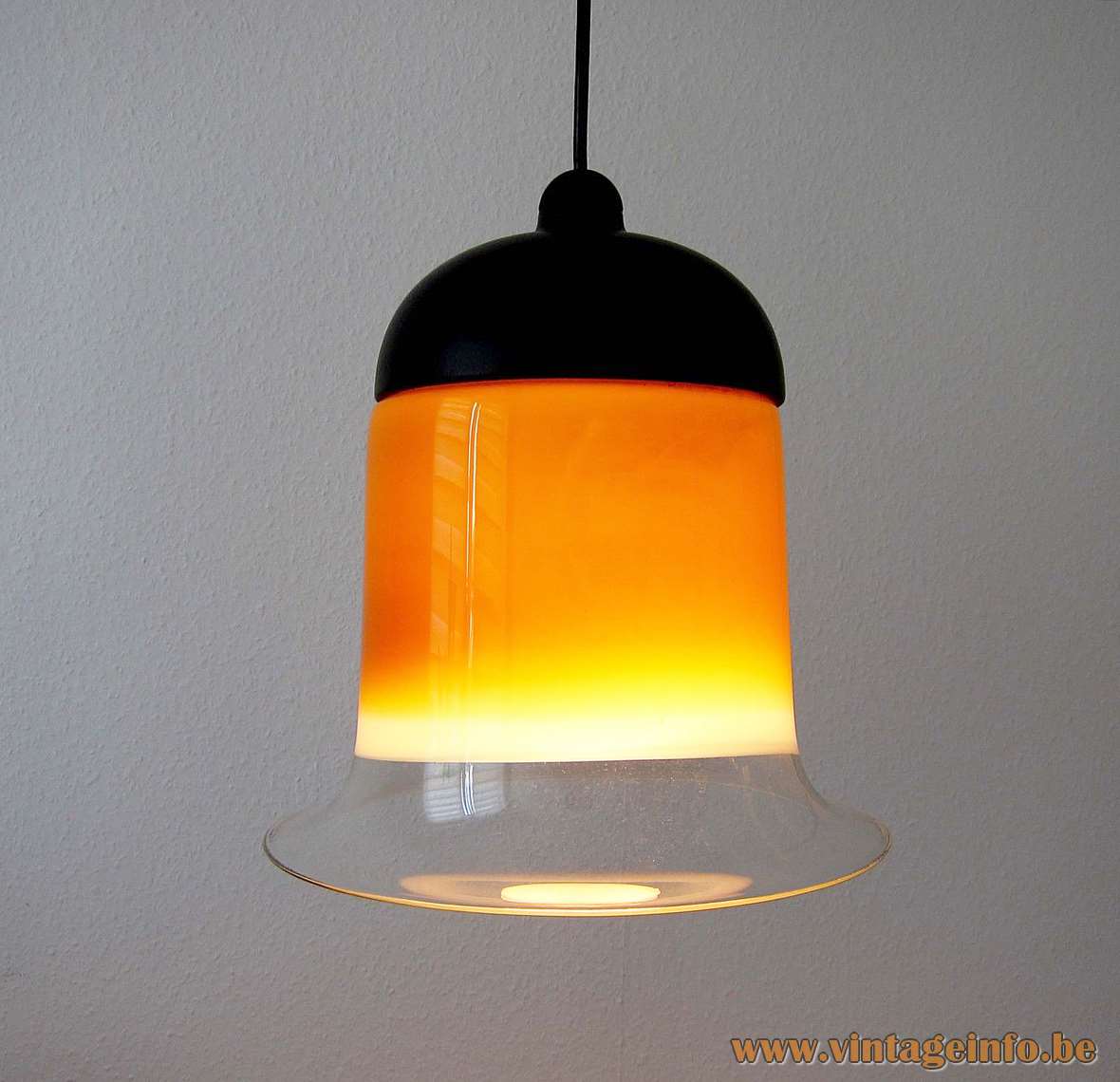 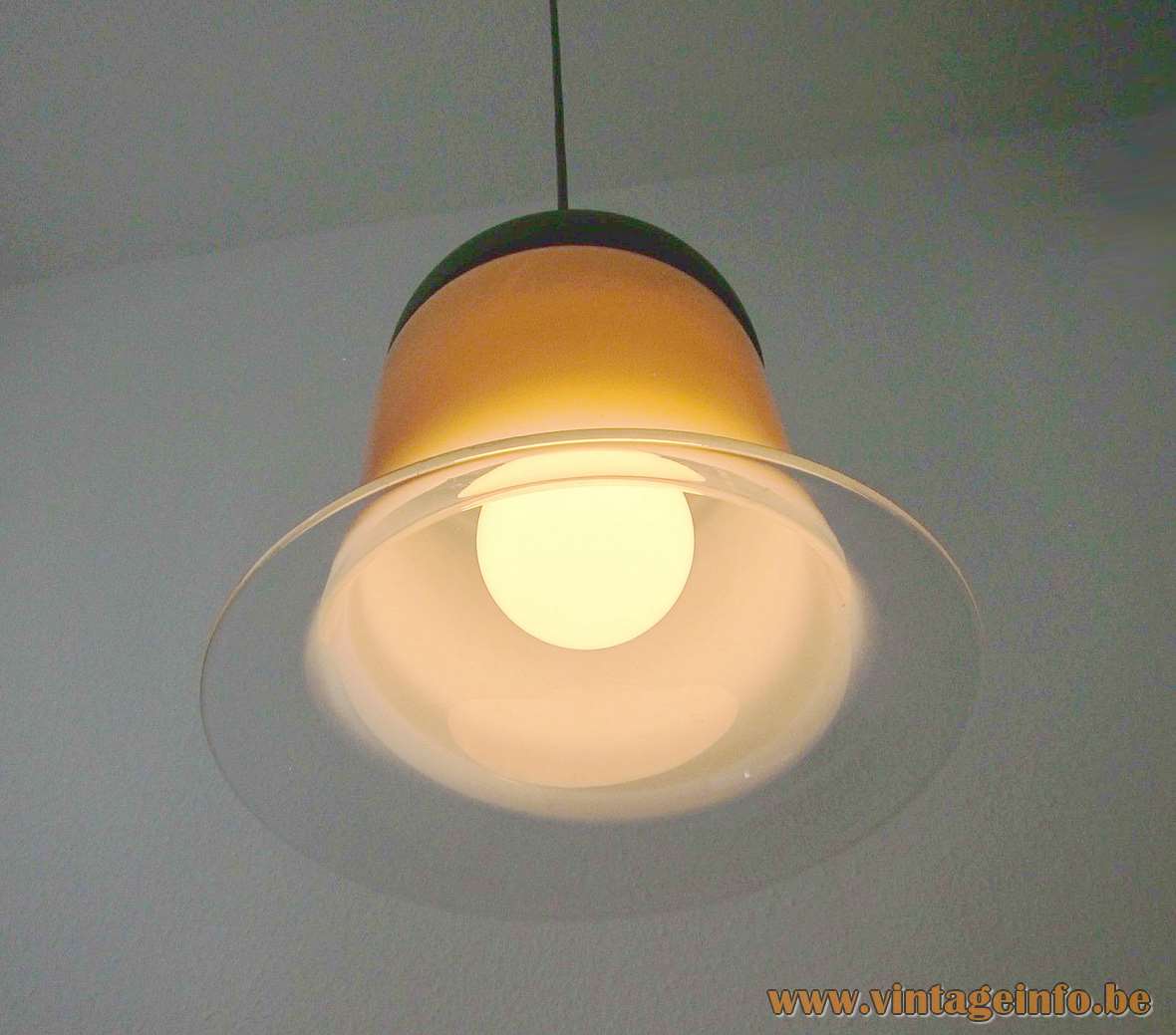 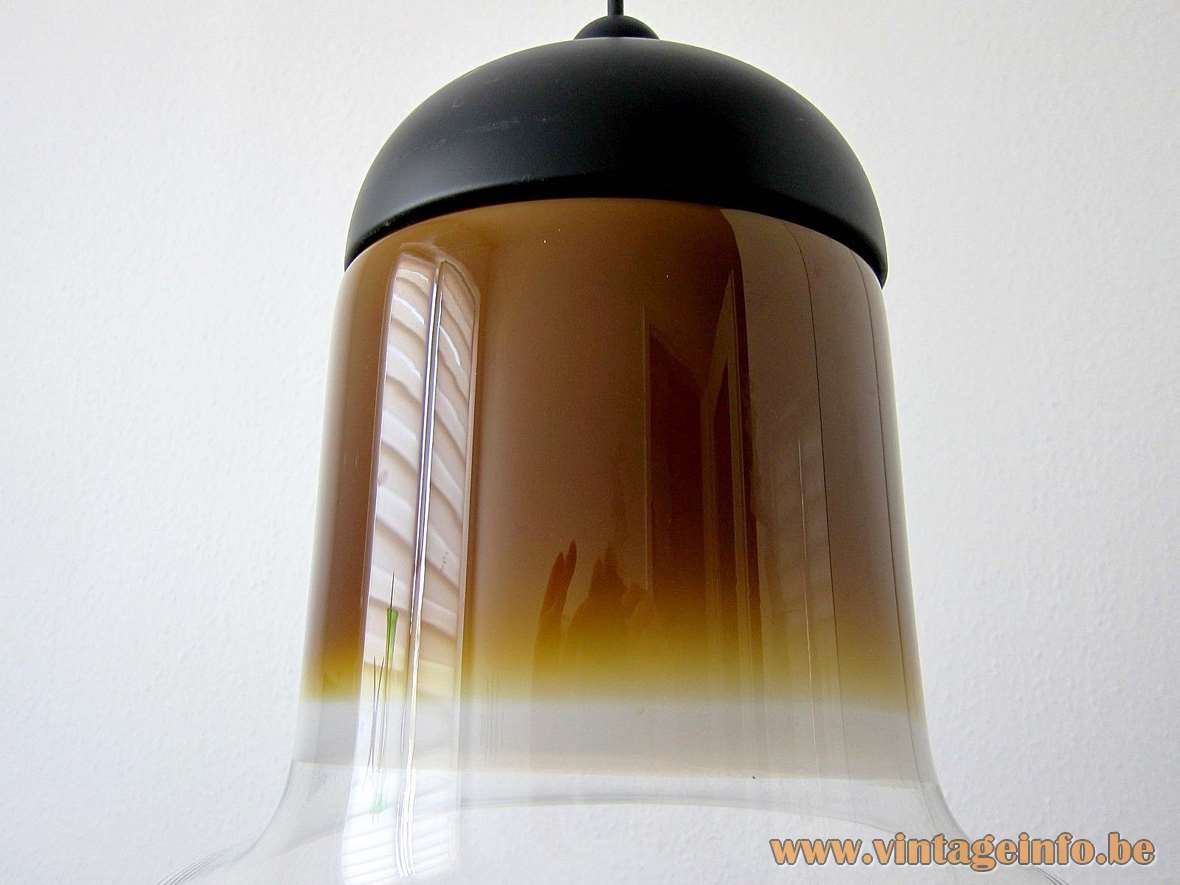 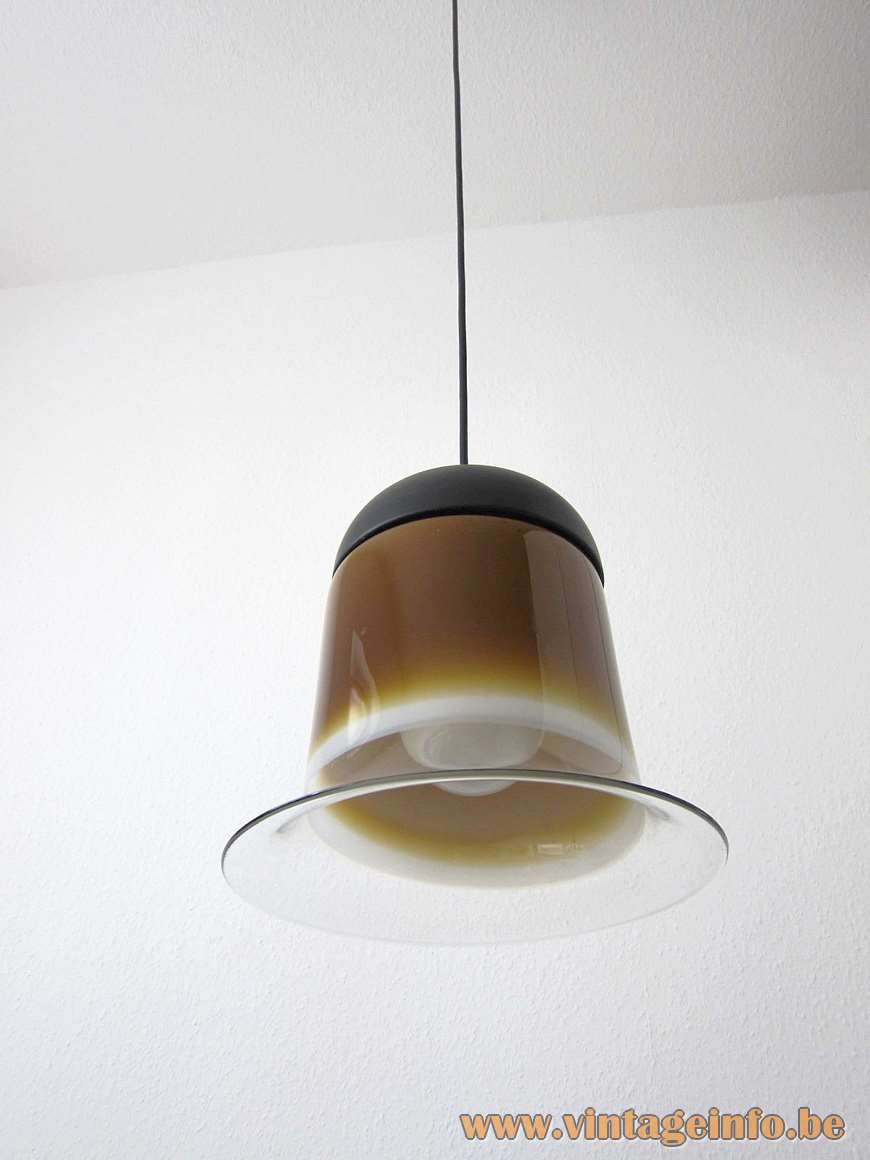 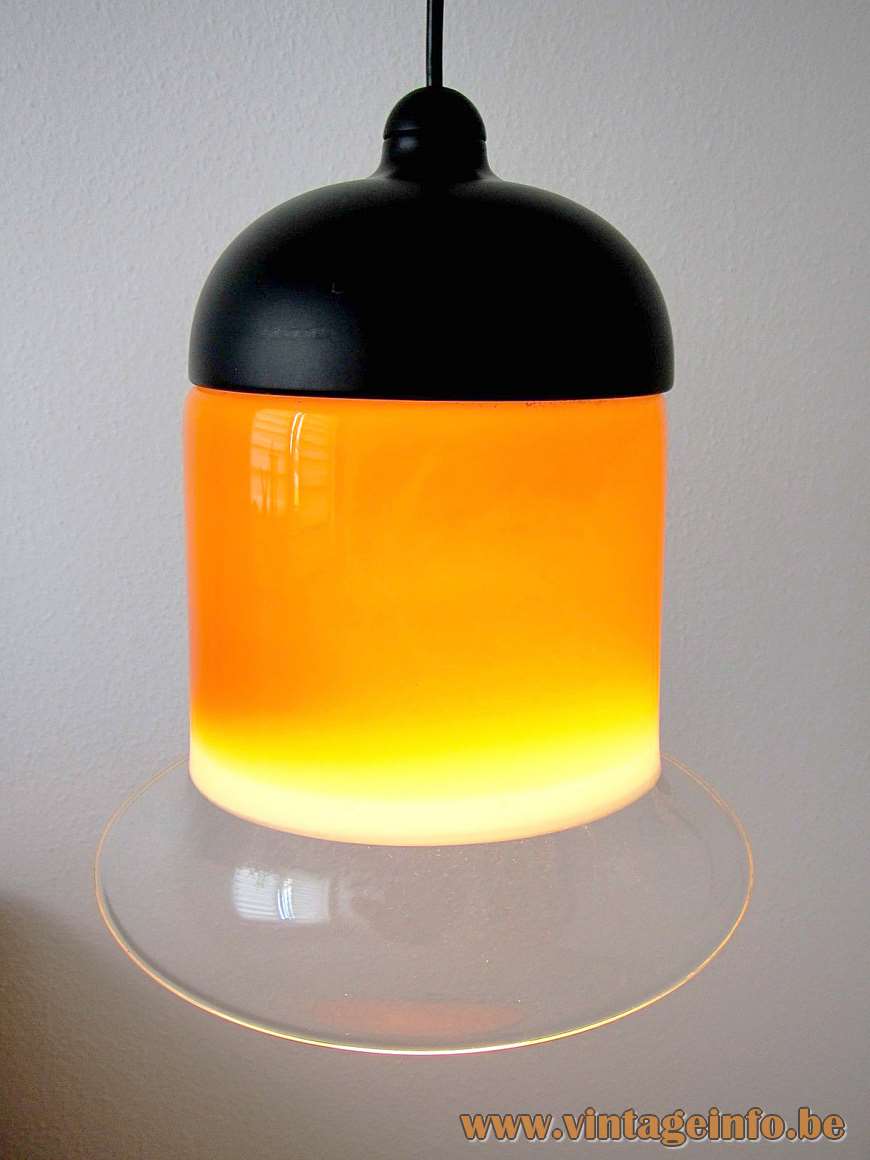 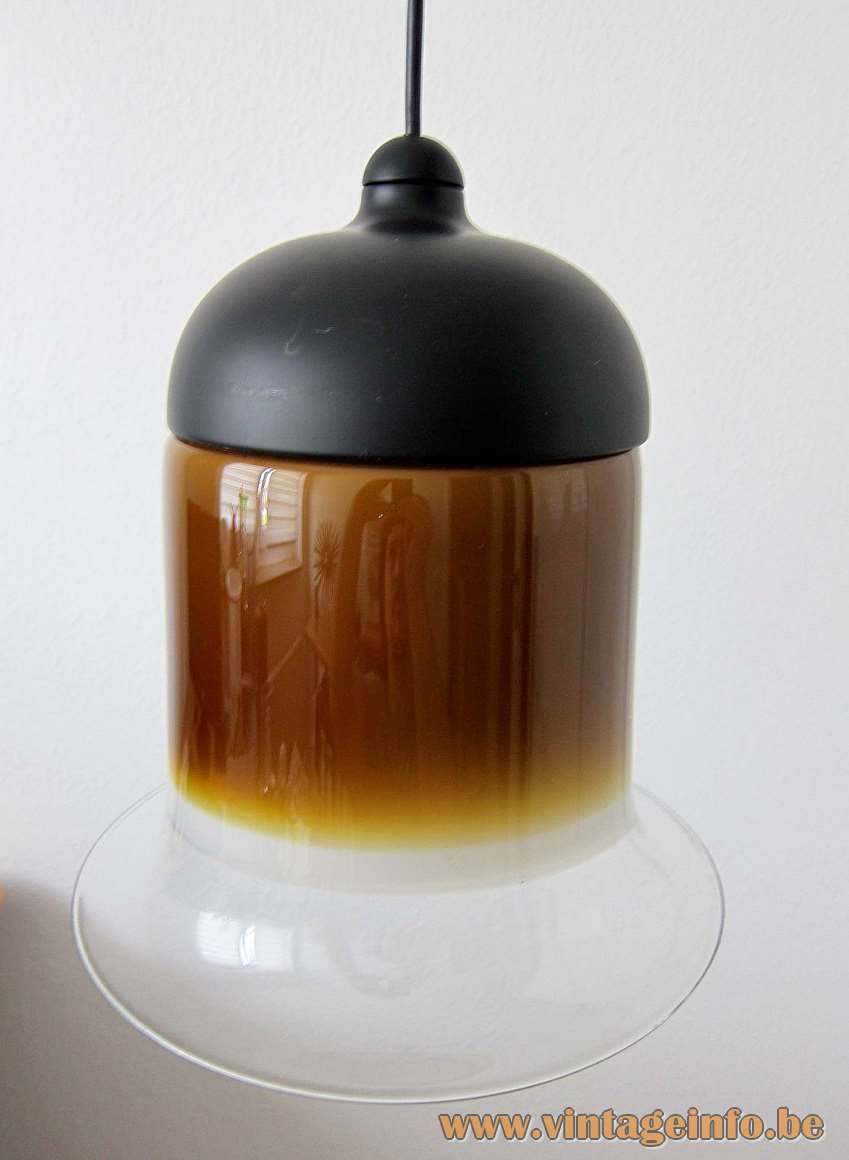 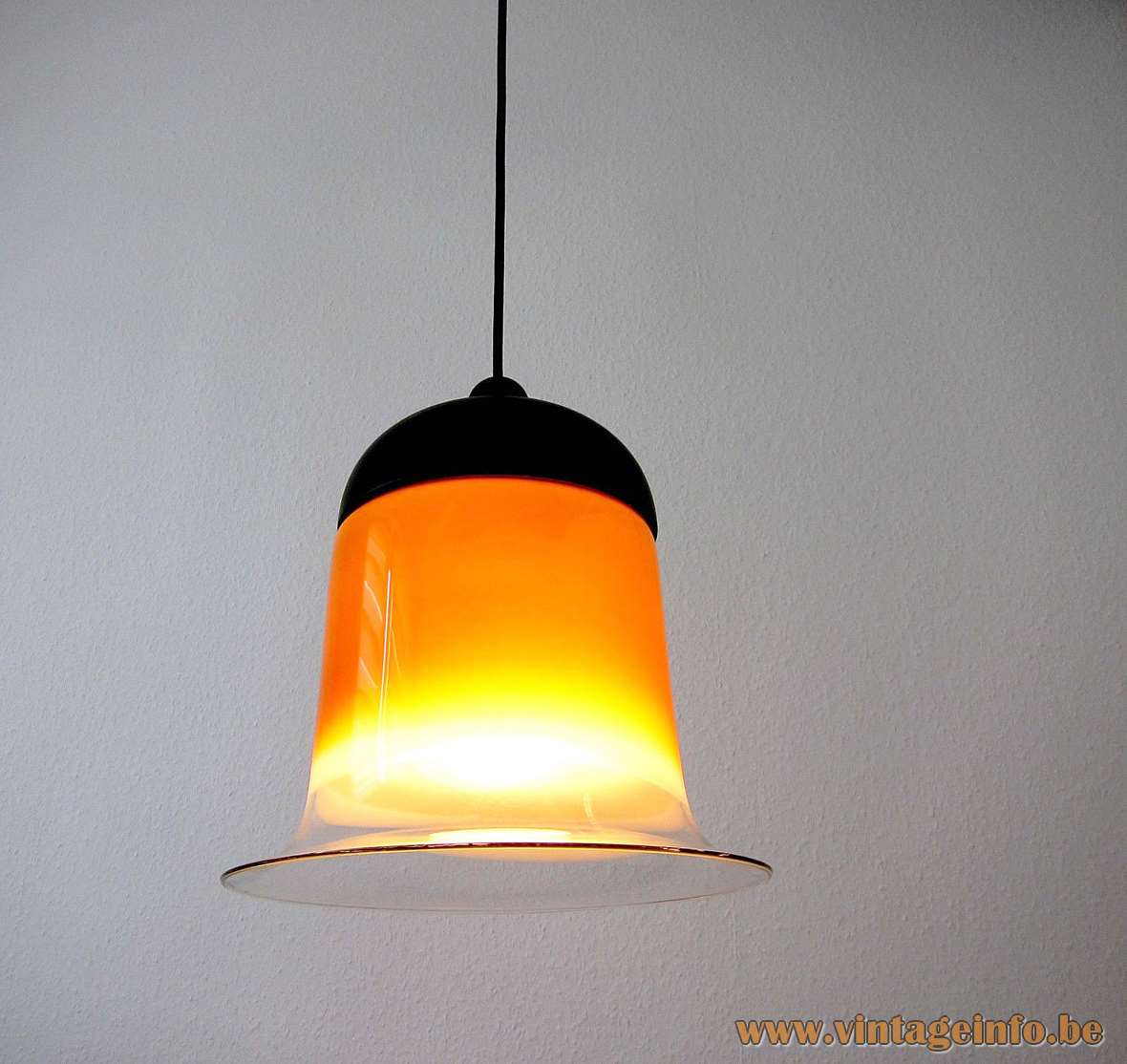 Many thanks to Tino Krumbiegel of Krumbiegel & Schmidt GbR (krumsch vintage) for the beautiful pictures. You can find his shop online on Ebay over here.

Materials: Hand blown orange and clear crystal glass in the form of a bell/clock. Black plastic round top. Bakelite socket. 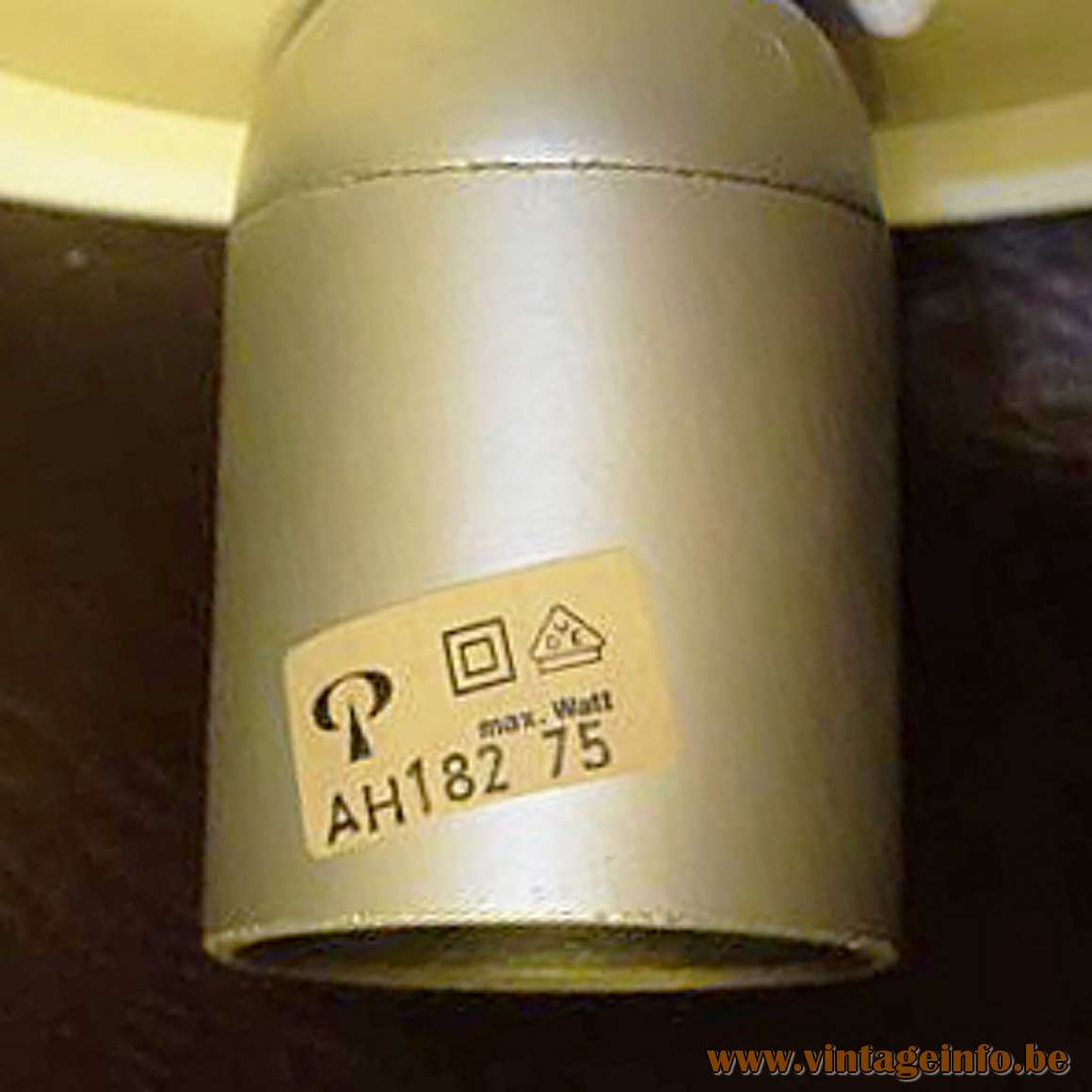 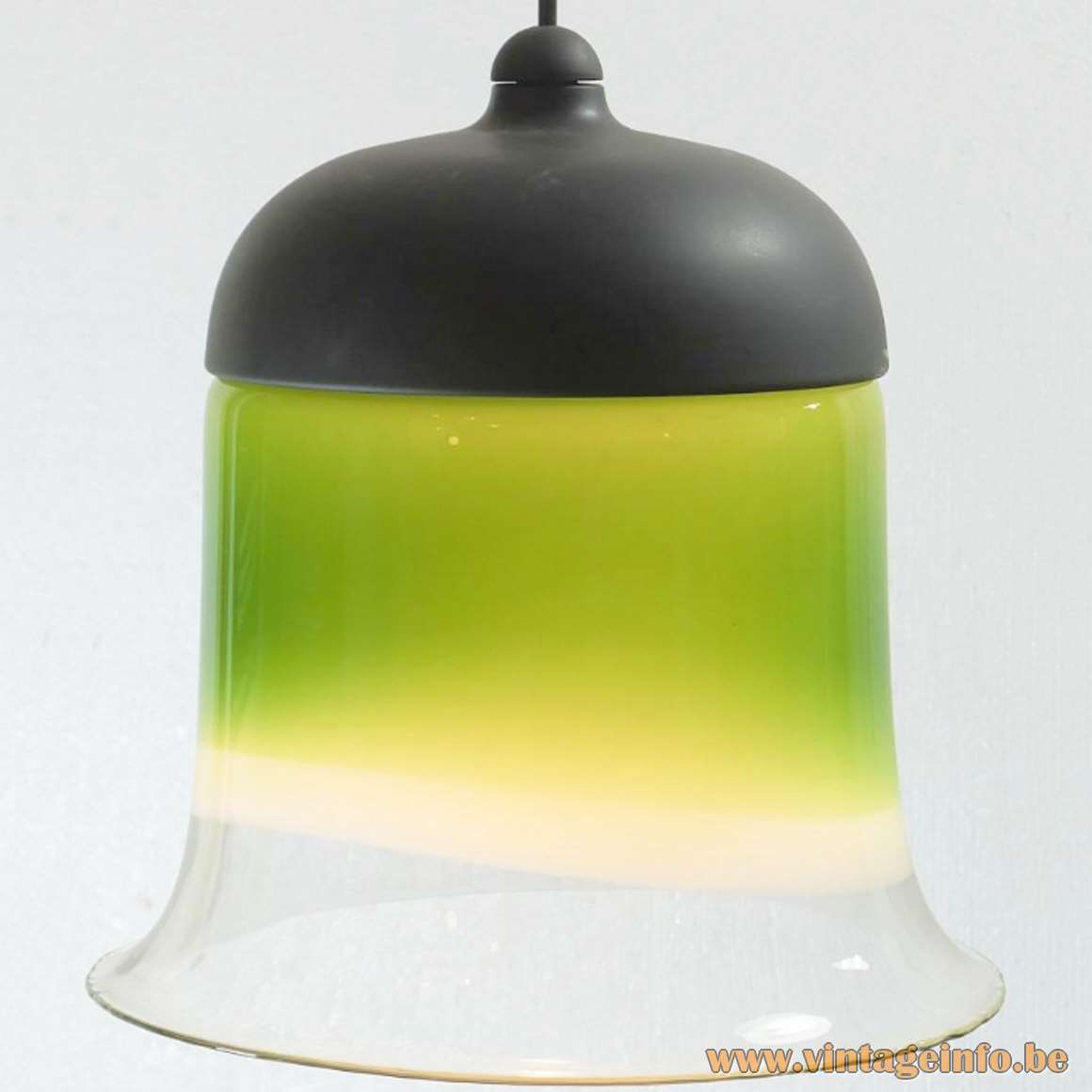