Prescolite catalogue from 1962 in a series they called “Holiday Pendants” 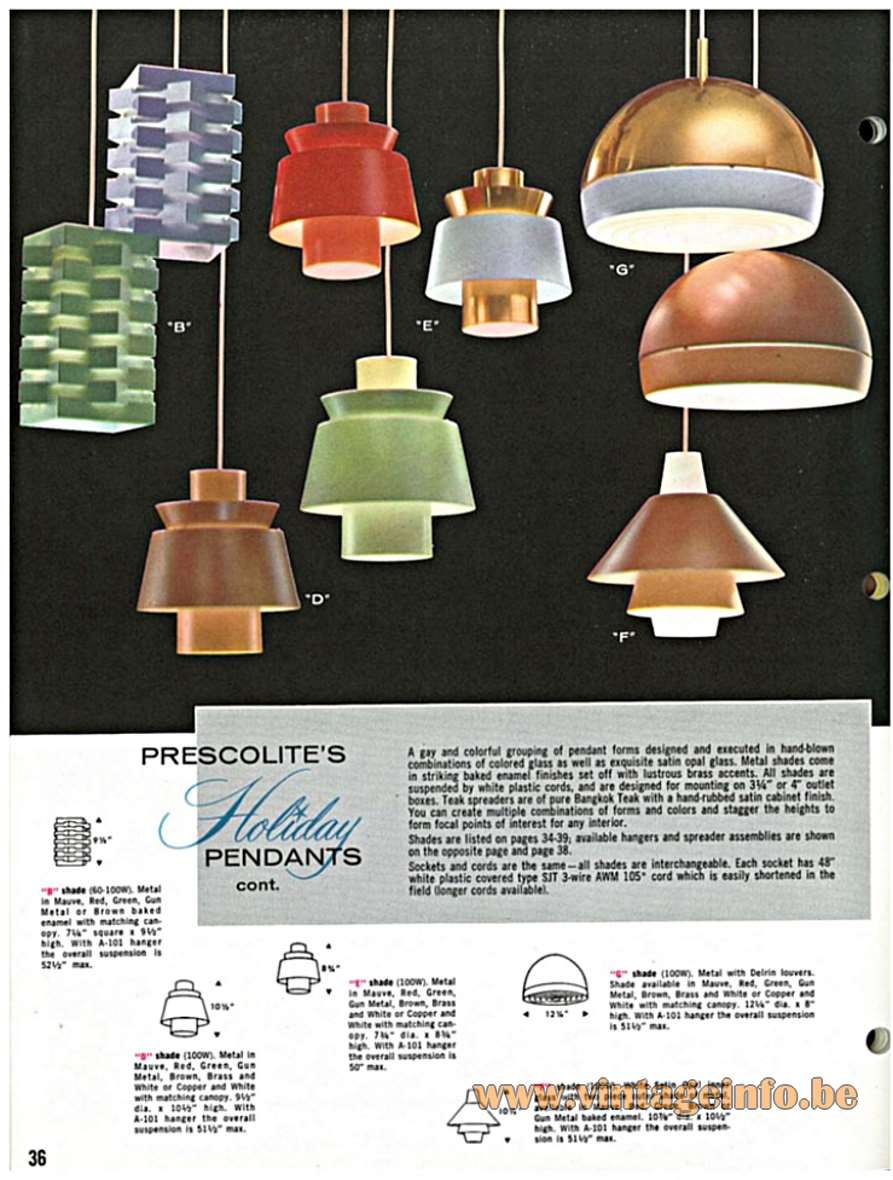 Other versions: This Nordisk Solar pendant lamp exists in white, purple, orange, green and possibly also in some other colours. Early editions have a white interior surface. Also exist in a much bigger version as shown below.

Niels Esmann & Hans C. Jensen were two Danish architects who designed several lamps for the Nordisk Solar Compagni. This lamp was probably designed in 1960 as it starts to appear in catalogues and brochures in 1961. In the USA these lamps were sold by Prescolite.

The Dutch company ANVIA produced a very similar lamp but it has 7 or 9 layers of slats, this Nordisk Solar pendant lamp has 11 layers, and some other small differences. 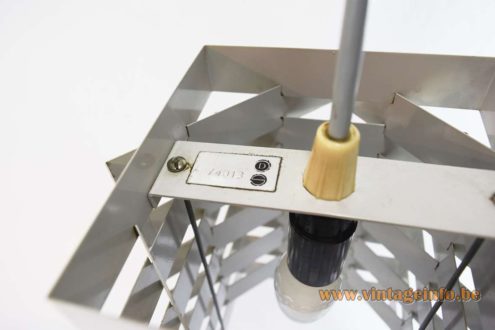