This floor lamp in a Gepo catalogue

Other versions: This Gepo acrylic floor lamp also exists with a chrome base.

Elio Martinelli designed his version of this pendant lamp for his company Martinelle Luce from Italy around 1962. In The Netherlands his lamp was sold by Artimeta from Soest. Source: Goed Wonen magazine 1962. 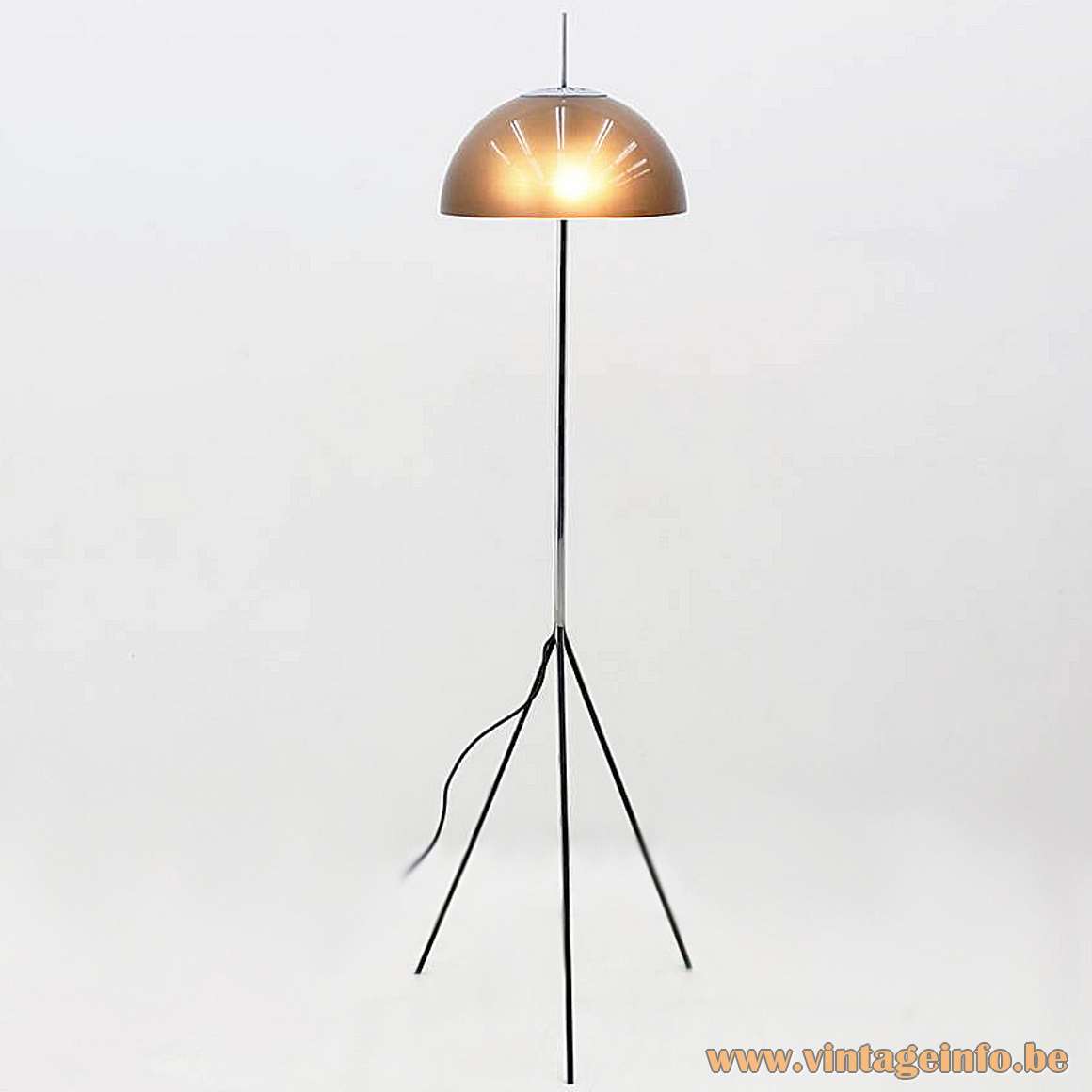