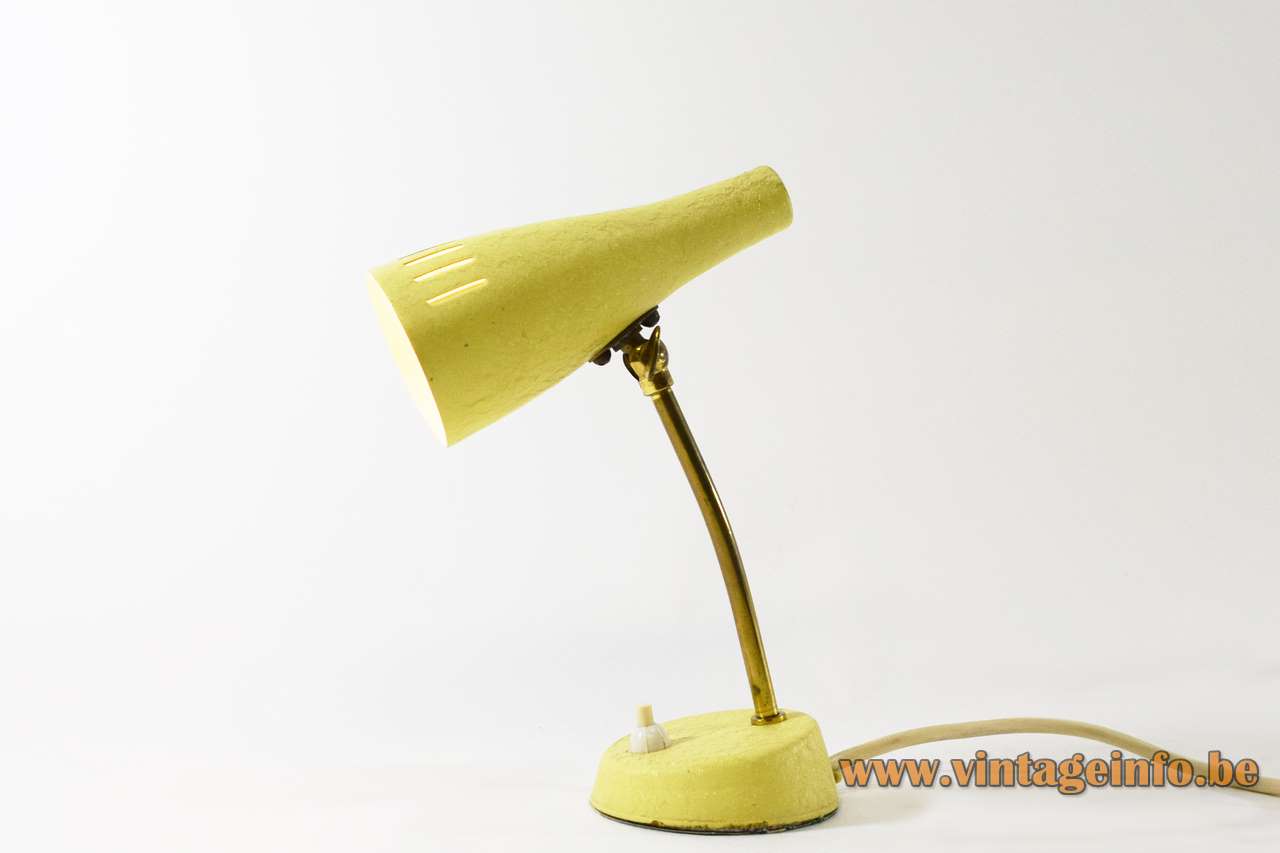 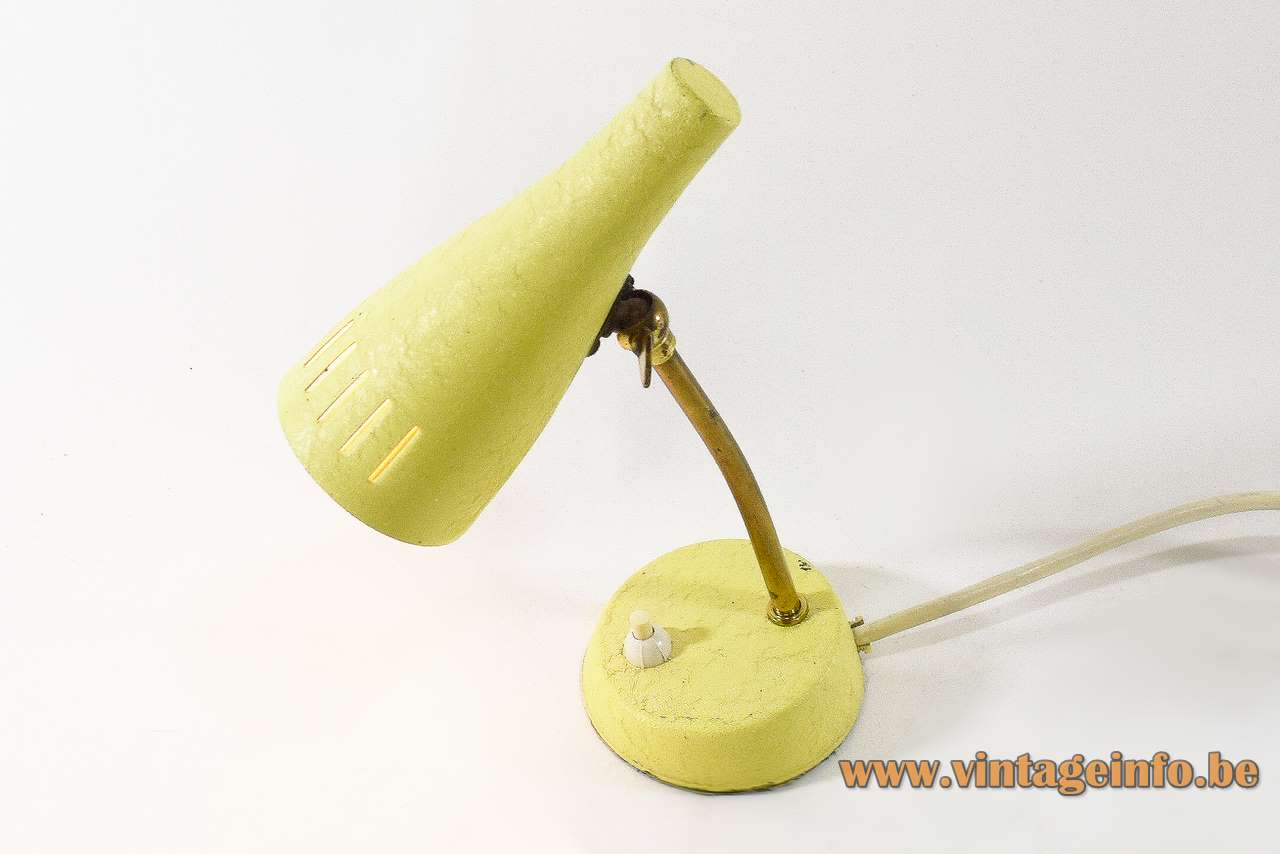 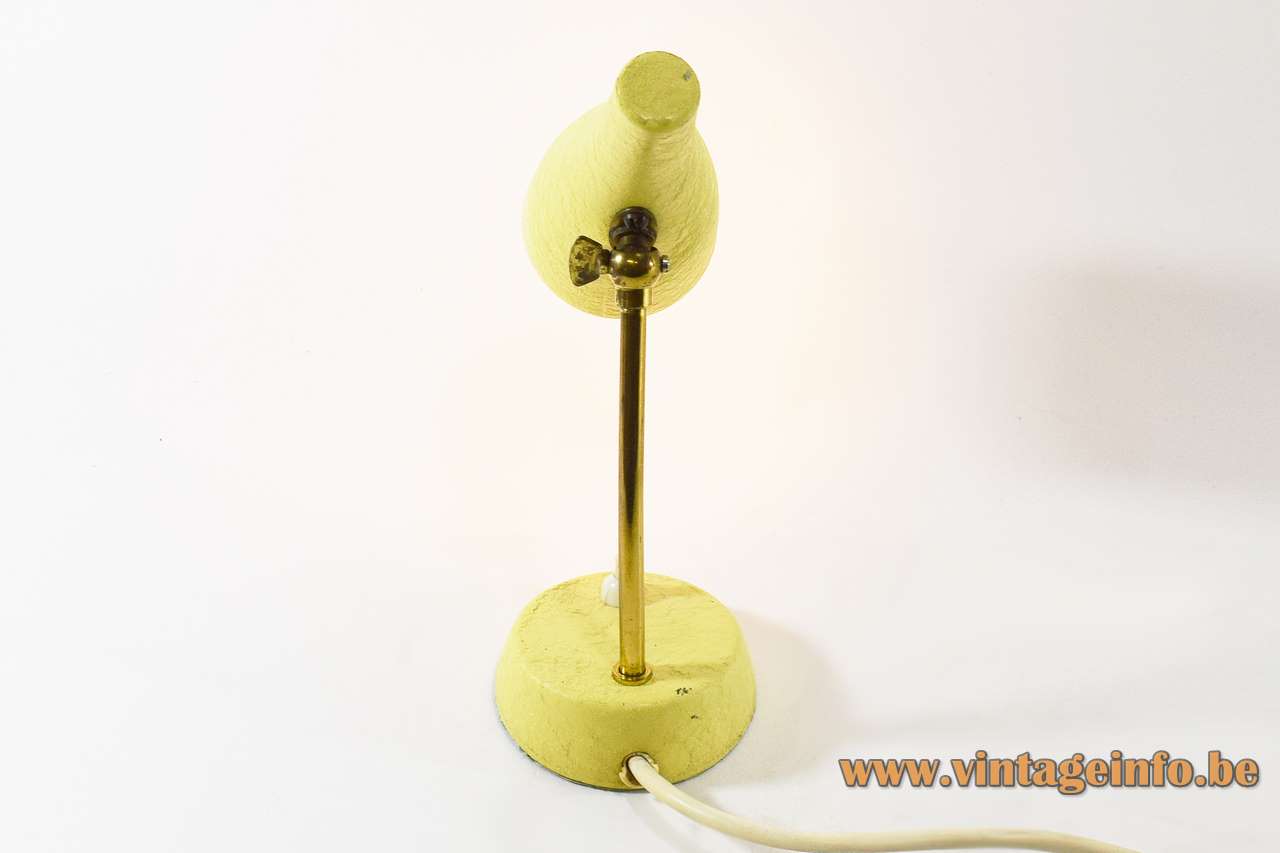 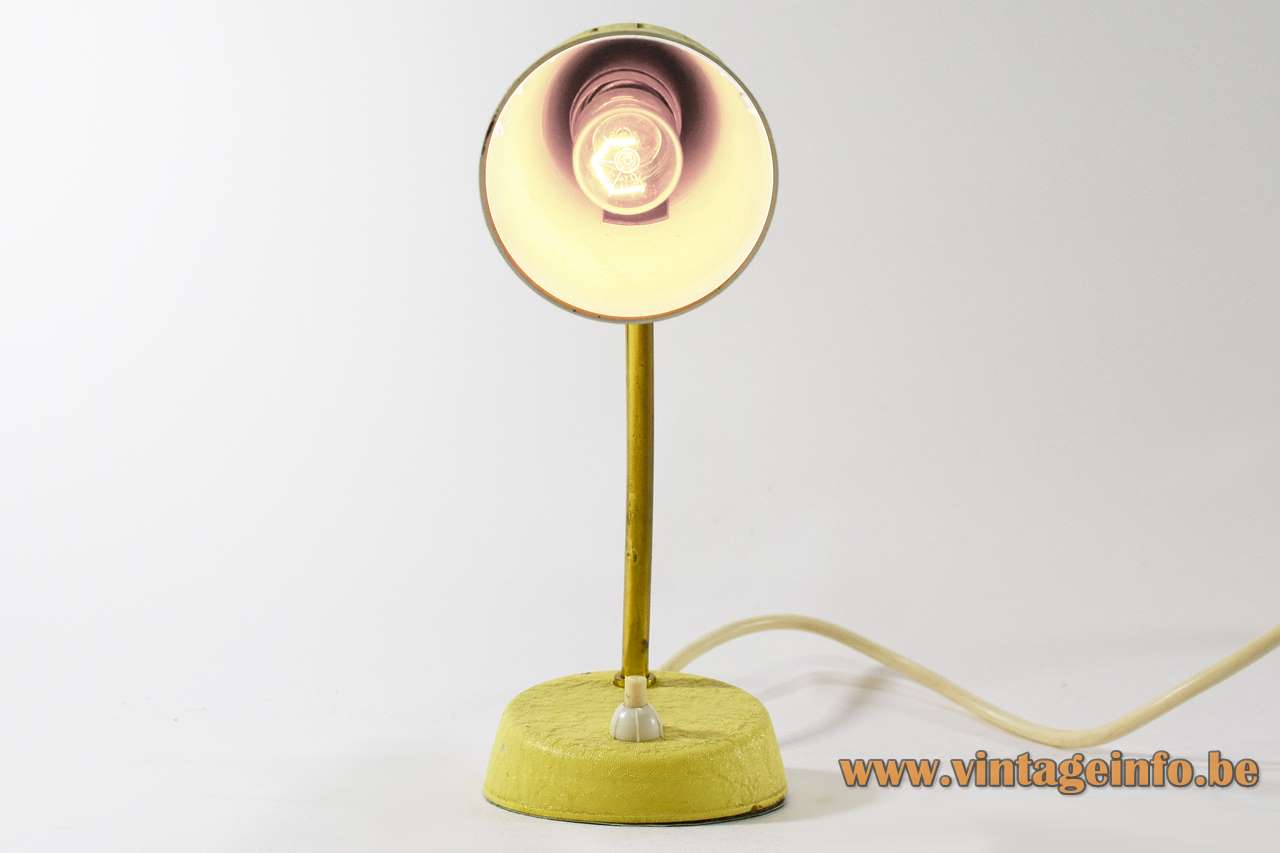 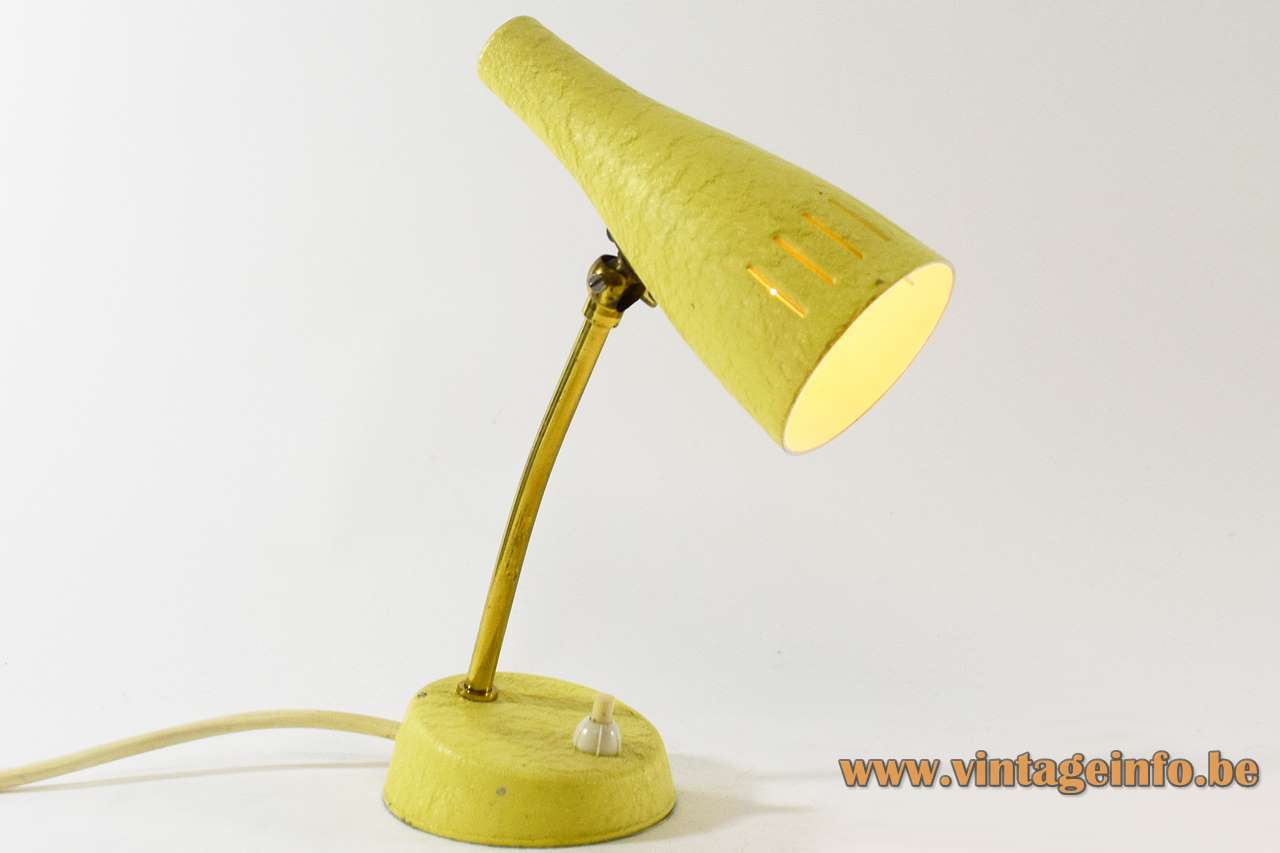 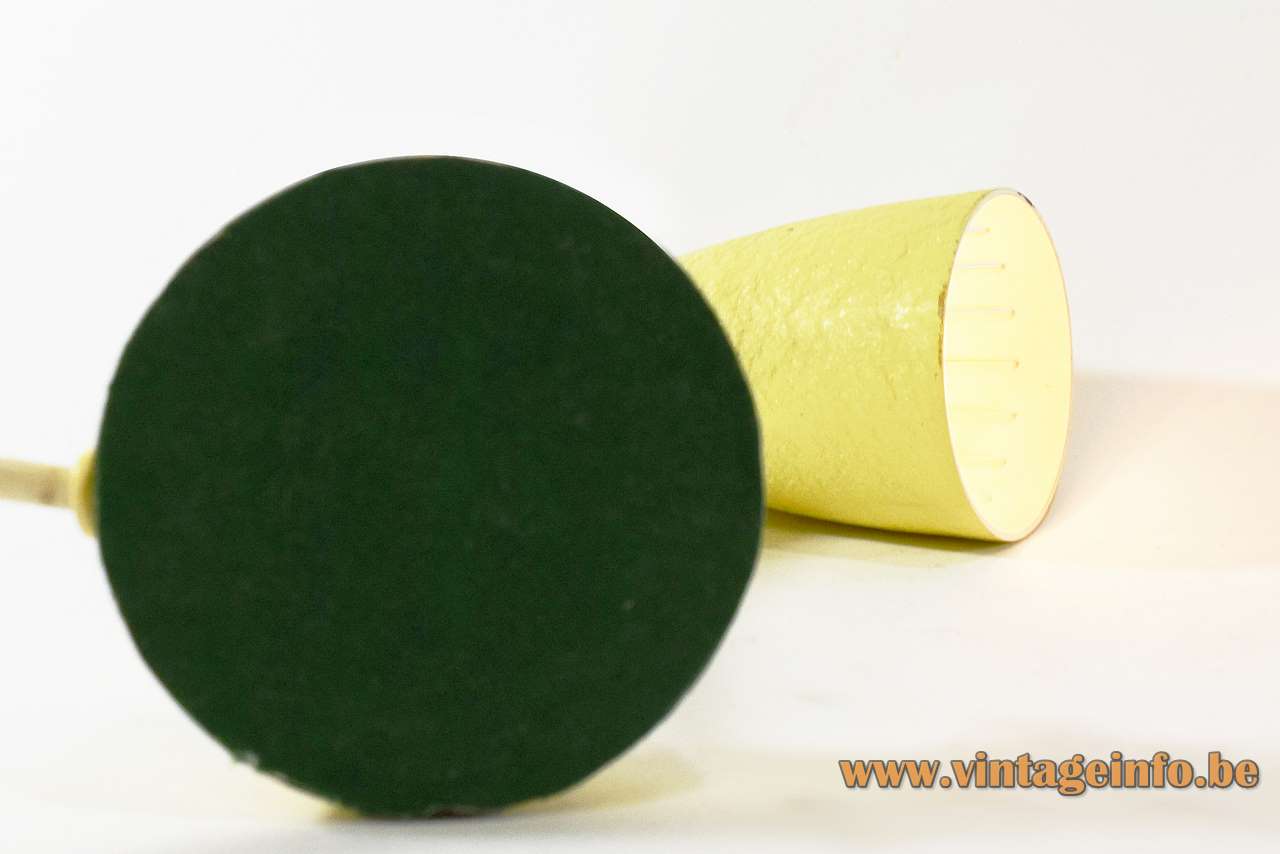 Other versions: This Cosack 1950s bedside lamp was made in several colours. It is a small lamp. It can be used as a desk or table lamp, but it was probably meant for use as a bedside lamp. The angled base is reminiscent of the base that was used for various lamps designed by the famous Italian designer Gino Sarfatti (1912 – 1985) for his company Arteluce. Models 566, 573 and 581 have a comparable base.