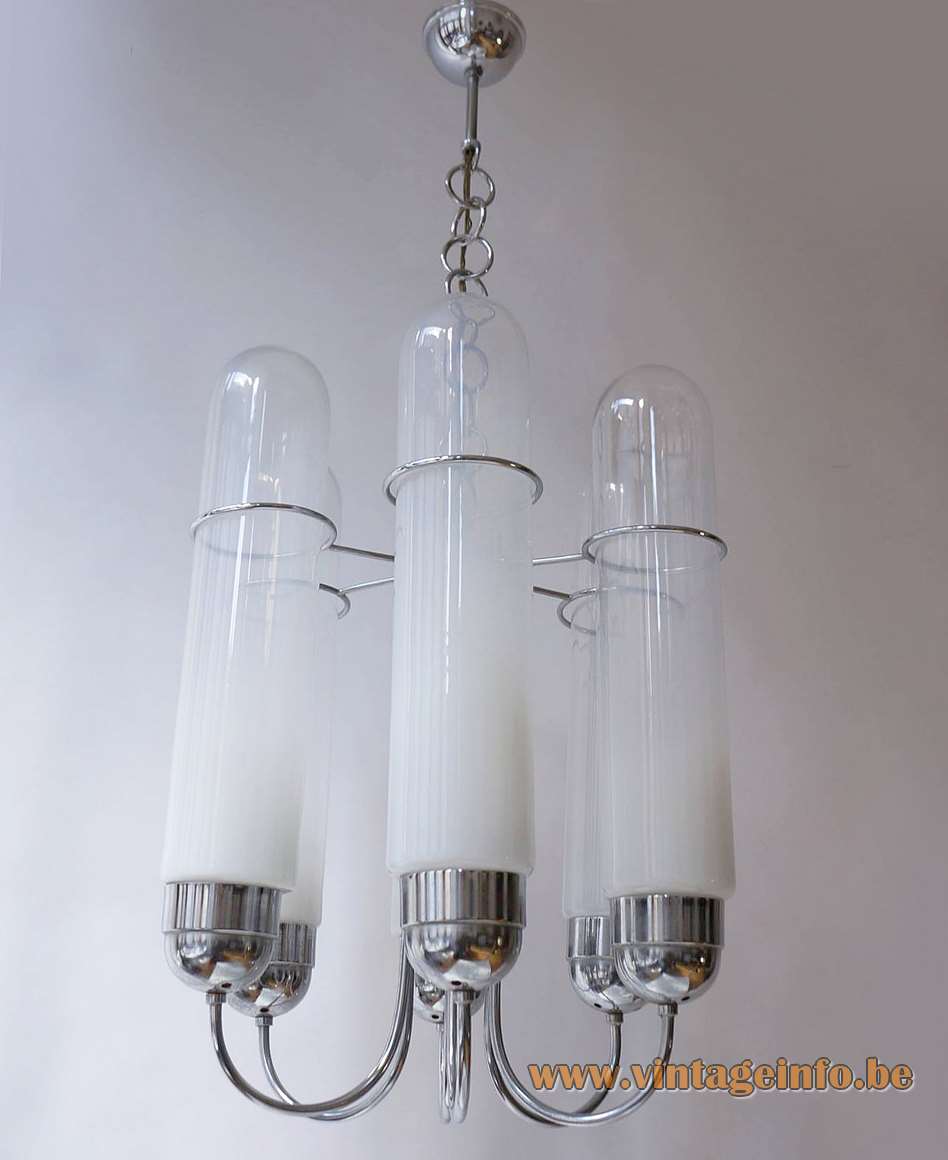 AV Mazzega Contemporary Lighting at Euroluce 2013.
Andrea Mazzega talks about the history of the company.

Other versions: The Aldo Nason 1960s AV Mazzega Torpedo chandelier exists in several variations: more or less lamps. Made as a table lamp, floor lamp and wall lamp. One of the biggest chandeliers uses 18 light bulbs.

Born in Murano in 1920 he grew up in one of the oldest families of Murano glass makers where experts introduced him to the most refined techniques. He was the son of Emilio Nason, one of the founders of the Arte Vetraria Muranese or A.Ve.M. company in 1932. Co-founders were Antonio Luigi Ferro, his sons Egidio and Ottone Ferro and Galliano Ferro. In 1939 Giulio Radi joined the company as art director.

The A.Ve.M. company is best known today for their very popular “Tutti Frutti” range of bowls and vases from the 1950’s that are often wrongly attributed to designer Dino Martens. Martens never worked for A.Ve.M.

In 1937, Aldo Nason joined the company as a glass blower. His most well known design for the company is the Yokohama range of vases. In 1959 he became a partner upon the death of his father. In 1968 Aldo found a workshop of his own. Egidio Ferro‘s sons Luciano and Giulio Ferro became the sole owners of the A.Ve.M. firm. It exists to this day but it ceased production many years ago.

When Aldo Nason became independent he quickly started to collaborate with several other glass workshops such as AV Mazzega. He designed many chandeliers and lamps for the company. Many of them were designed in this “tubular” style.

Aldo Nason is the cousin of Carlo Nason. From 1965 until 1980 Carlo designed almost the complete AV Mazzega lighting collection.

Another type of Torpedo lamp was used as bedside lighting on each side of a luxurious bed, probably Italian. It was used as a prop in the 1975 British horror film I Don’t Want to Be Born, in the USA it was named The Devil Within Her; also known as The Monster. Featuring Joan Collins and Ralph Bates. You can see it for example at + – 1:21. The king-size bed appears many times in the film. 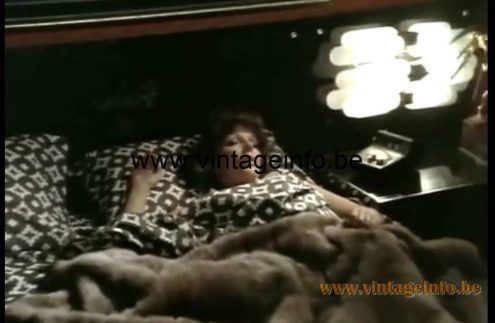